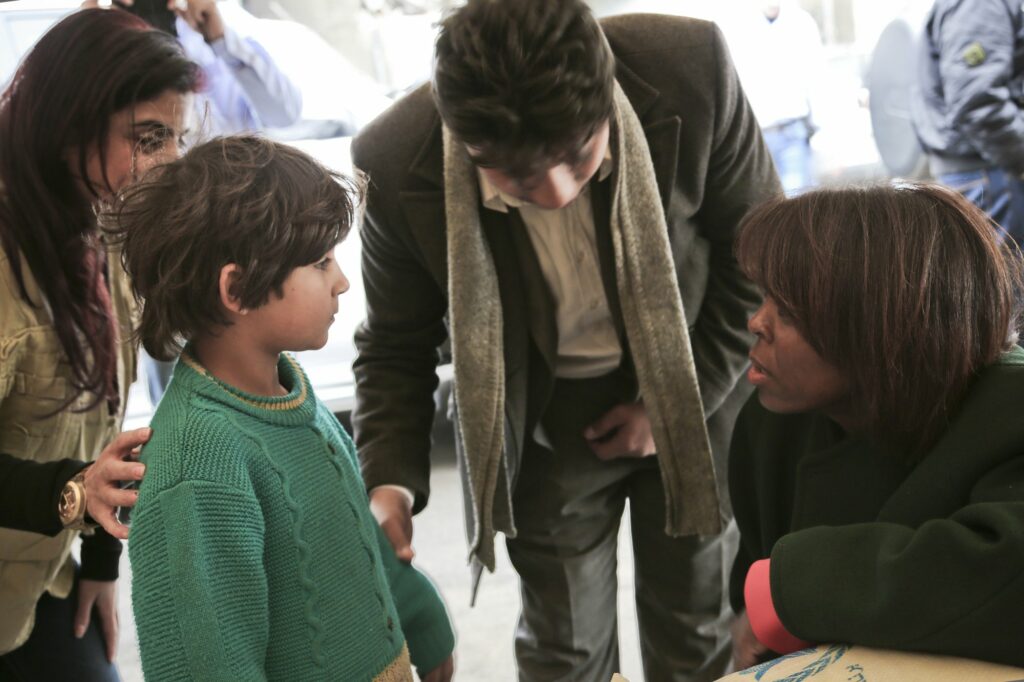 Hunger as a Weapon of War

The evacuation of civilians from the last of the rebel held areas of the city will not herald the end of suffering for innocent children, women and men trapped behind conflict lines, waiting for food, medicine and other life-saving supplies.

Don’t look away because there are also hundreds of thousands of inaccessible civilians shut off from humanitarian assistance in some 16 besieged communities across Syria. Victims of this too long conflict desperately pleading for help. Mothers with nothing to feed their children except tea made from dried leaves picked in their otherwise barren gardens. Babies born severely malnourished. Too many dying a painfully hungry death.

Imagine having the capacity to help these innocent people, but being prevented from doing so – blocked by combatants on all sides, who disregard international humanitarian law, lack human compassion and use the denial of food and other aid as weapons of war. One of our colleagues recently aptly called this ongoing suffering “a complete meltdown of humanity.”

The UN World Food Programme (WFP) working inside Syria, together with our sister UN agencies and NGOs, stand ready to deliver. Thanks to the generosity of the international community we have the food, trucks and aircraft. Instead of serving, we spend countless hours negotiating our every move, too often in vain. Denied the access. Leaving humanitarian actors willing and ready yet unable to save lives.

Sadly, this tragic situation is not just happening in Syria. Women and children now suffer from hunger in conflict zones around the world, in Yemen, Nigeria, South Sudan, Iraq and elsewhere. Trapped by the inhumanity of combatants too ready to deny humanitarians the access required to meet the needs of the innocents.

We can all remember past crises that put the world to shame: the siege of Sarajevo, the Rwandan Genocide and the atrocities committed during the two World Wars of the twentieth century, to name just a few. These events prompted us all to say “never again.” And yet, here we are again.

On accepting the Nobel Peace Prize on 10 December, Colombian President Juan Manuel Santos declared what his country had learned during its 52-year civil conflict, “A final victory through force, when nonviolent alternatives exist, is none other than the defeat of the human spirit.”

Two days later, during his swearing in, UN Secretary-General-designate António Guterres said, “In the end, it comes down to values … We want the world our children inherit to be defined by the values enshrined in the UN Charter: peace, justice, respect, human rights, tolerance and solidarity.  All major religions embrace these principles, and we strive to reflect them in our daily lives.”

Pope Francis, addressing WFP earlier this year, also raised this powerful concern, “Wars are fed, not persons. In some cases, hunger itself is used as a weapon of war. … We are fully aware of this, yet we allow our conscience to be anesthetized.”

As the world celebrates our different religious traditions and honour this season of peace and love, we must revitalize the humanitarian principles: humanity, impartiality neutrality and independence. All of us – religious leaders, UN member states, private sector, civil society, media and individual citizens – we must all call upon our ‘better angels’ to reaffirm our shared consensus that non-combatants shall not be denied sustenance as a tool of war.

These principles must be more than words. Abandonment of fundamental ethical humanitarian values is a rejection of our very humanity. We must recognize and return to the basic tenet that starvation as a weapon of war, whether deliberate or by a failure to act, not only goes against any basic moral teaching, but it is a war crime.  We must not only condemn these acts but the actors must receive the appropriate justice.

“Do not take the easy way out by declaring all civilian victims collateral damage.” This was the message delivered at this year’s World Humanitarian Summit in Istanbul, by Peter Maurer, the President of the International Committee of the Red Cross.

Give us the space. Our brave men and women will serve. Too often lack of humanitarian space results in humanitarian worker lives lost.  As an example, in the first nine months of 2016, at least 66 humanitarian workers were killed in Syria and 114 injured.  Respect and protection of aid workers seeking to assist children and other vulnerable civilians must remain paramount.  In every conflict all sides must ensure humanitarian access.

We must all turn our collective outrage into collective action. Let us unite behind a demand for humanity, a demand for conducting armed conflict within the rules of war. There may be circumstances under which governments find reason to wage war, but it is within our power to end the senseless and avoidable suffering of innocent civilians.

*Ertharin Cousins was the executive director of the World Food Programme from 2012-2017.

This piece was originally published by Thomson Reuters Foundation.