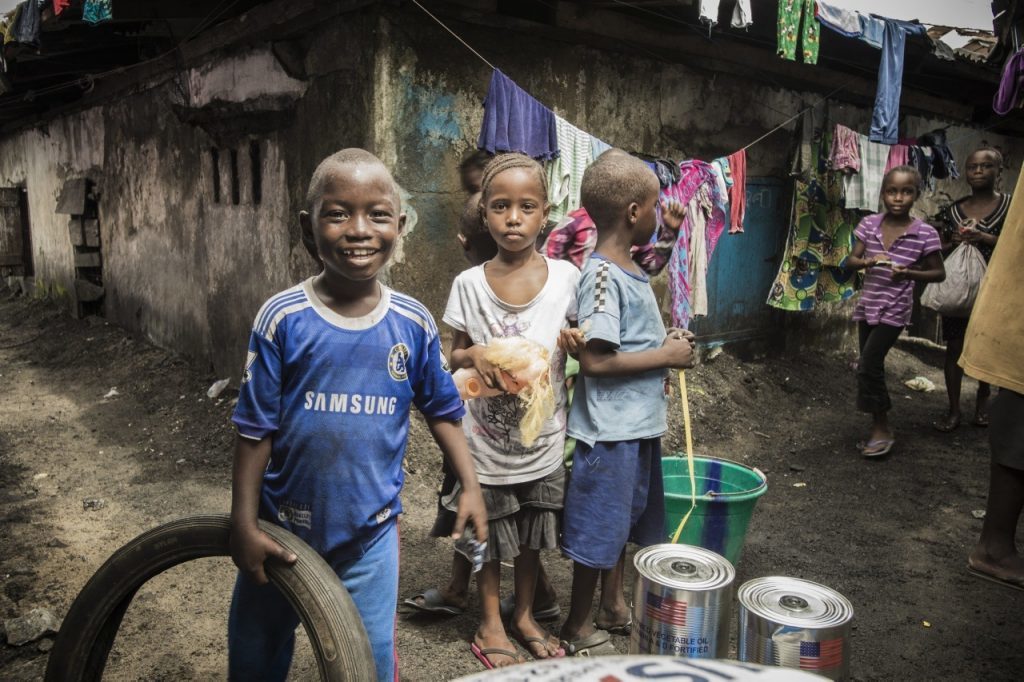 As humanitarian crises and climate change raise demands on urban areas, a host of interventions in Africa can help rural producers rise to the challenge of feeding the continent’s growing cities.

By 2050, it is estimated that two-thirds of the world’s population will live in urban areas. This coincides with an expected decline in rural population, which means communities worldwide will need to produce more food with fewer farmers to meet the growing caloric demands in cities. This adds to an already daunting task for the world’s farmers—the U.N. Food and Agriculture Organization estimates that global food production will need to increase by 60 percent by 2050 to meet population demands.

On Wednesday, the U.S. Chamber of Commerce, together with the World Food Prize and the U.S. State Department, convened a roundtable on food security in Africa. The event brought together actors from government, the private sector and civil society to discuss the impacts of urbanization on food security on the continent. In Sub-Saharan Africa, urbanization is happening faster than anywhere else in the world, and cities there are the least prepared to handle this increase in population.

As a discussion leader, World Food Program USA CEO and President Rick Leach noted that two current global challenges will increase urbanization pressures: the displacement crisis and climate change. Approximately 65 million people are currently displaced worldwide by conflict and persecution, more than any other time in history. More than 21 million of these individuals are refugees. Importantly, the majority of refugees worldwide do not live in camps, they live in cities. With the average length of displacement at 17 years and repatriation at the lowest level in decades, urban areas hosting refugees will need to accommodate increased numbers of the forcibly displaced.

Meanwhile, climate change-related increases in extreme events and natural disasters are forcing many rural inhabitants to migrate to cities. Since 2008, nearly 175 million people have been displaced by climate and natural disasters, an average of 22 million each year. Many of these displaced people are looking to African cities for resettlement opportunities—cities themselves that are vulnerable to natural disasters. The continent has more than 300 coastal cities, and nearly56 million people presently live in low elevation coastal zones. High population densities and poor urban infrastructure make these cities vulnerable to sea level rise, coastal erosion and flooding events.

While there is great risk associated with urbanization and food security in Africa from these and other drivers, there are also many opportunities to respond to these challenges. A recent McKinsey report notes that the agriculture and food sector in Africa is likely to reach $1 trillion in gross production by 2030. Up to 90 percent of food consumption in low-income countries comes from domestic sources in rural areas, meaning much of this sector growth can remain in-country. Feeding a growing urban population with changing consumption patterns, then, offers prospects for small and medium enterprises in Africa to develop new value-added food products and grow deeper supply chains to connect rural producers to urban markets.

Finally, there is also much that can be done to mitigate the negative impacts of increasing urbanization. Social safety nets, including school meals programs, can absorb shocks to urban populations and can provide livelihood support to prevent rural out-migration from happening in the first place. For example, the U.N. World Food Programme (WFP) is supporting school meals programs in Nairobi, Kenya, a city that is hosting refugees neighboring countries. When school meals are combined with procurement of food from local farmers (so-called “home-grown school meals”) the benefits are multiplied, providing employment and markets for farmers.

In the face of disaster, each of these interventions provides rural populations with alternatives beyond migration. Urbanization will undoubtedly deliver both new challenges and opportunities for food producers in Africa. As noted by panelist David Tschirley, Professor of International Development at Michigan State University, “African food systems are now on the economic map.” To make sure this translates to equitable, widespread growth in the face of climate and crisis-induced population movements, adequate social protections will need to be deployed.