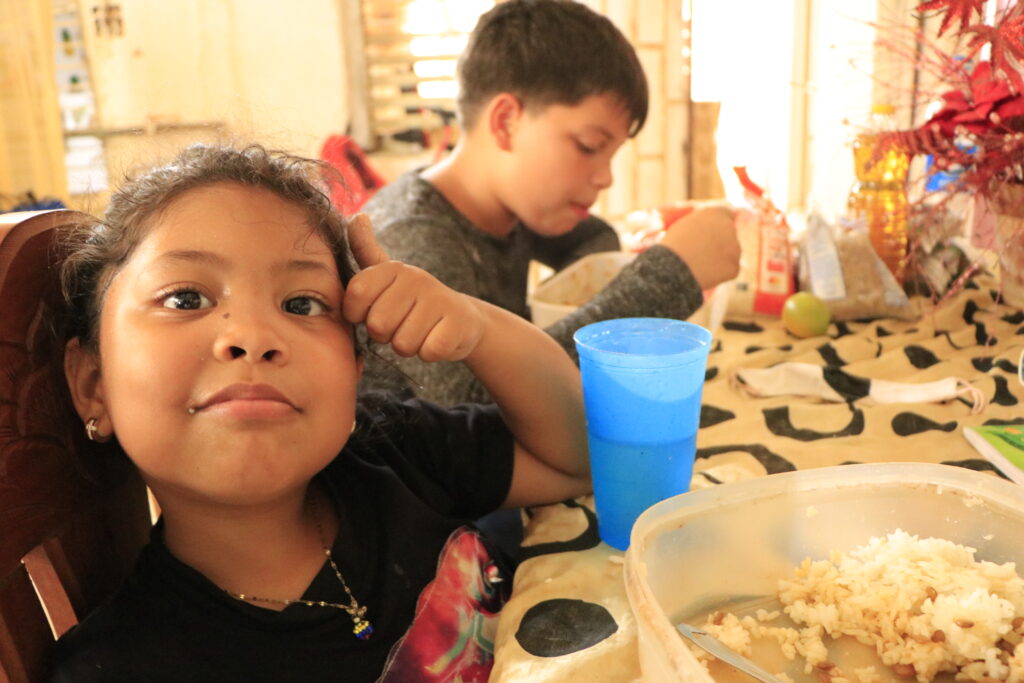 “I Can Guarantee Her at Least One Meal a Day. I Don’t Have to Worry.”

In July, the United Nations World Food Programme (WFP) launched its school meals program in Venezuela and began distributing the first round of take-home rations in the state of Falcon. Ahead of International Daughters Day this Sunday, meet Edwymar and her daughter Kim on the first day they began receiving food from the U.N. World Food Programme.

Sitting in the kitchen, Kim watches attentively as her mother empties the large blue bag they just went to collect at her school. 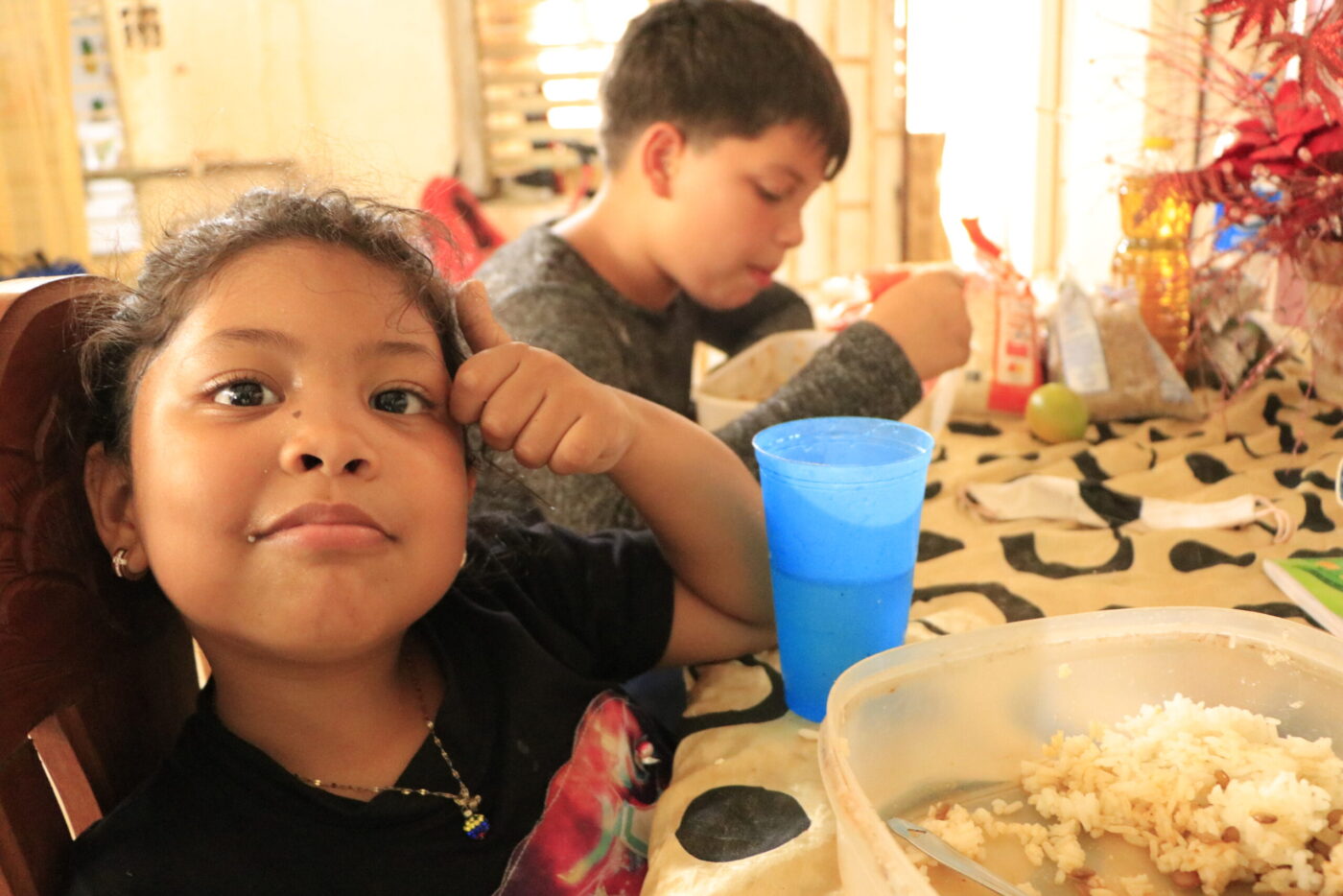 After her mother Edwymar cooks lunch, Kim and her cousin Heyward eat a healthy meal prepared with food from the United Nations World Food Programme (WFP).

This was the first time in over a year that Kim set foot in school. Here, for the people of La Vela de Coro, a small town on the Caribbean coast, the COVID-19 pandemic has exacerbated a lengthy economic crisis. Kim and her family have been especially affected. Not only have the school gates been shut since March 2020, but her father left home after losing his job. 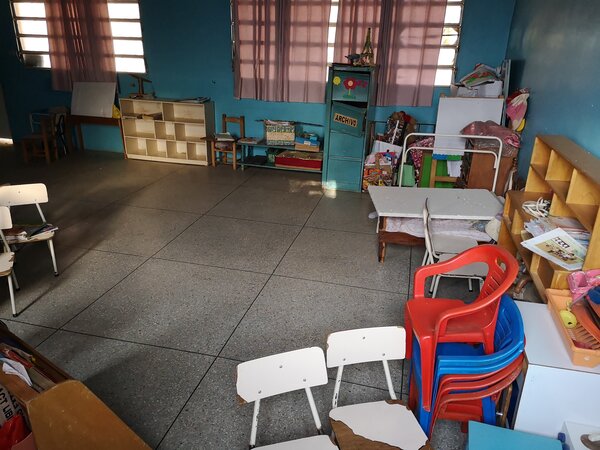 Many schools remain closed in Venezuela due to the COVID-19 pandemic.

Finally, Tuesday, July 6 came: a special day for Kim as her mother accompanied her to kindergarten not yet to attend class but to participate in the launch of the U.N. World Food Programme’s school meals program in Venezuela. The program was launched just over two months after the U.N. World Food Programme signed an agreement with the government to provide assistance in areas of the country most affected by hunger. The program aims to reach 185,000 people by the end of 2021, and 1.5 million people by the end of the 2022-23 school year. 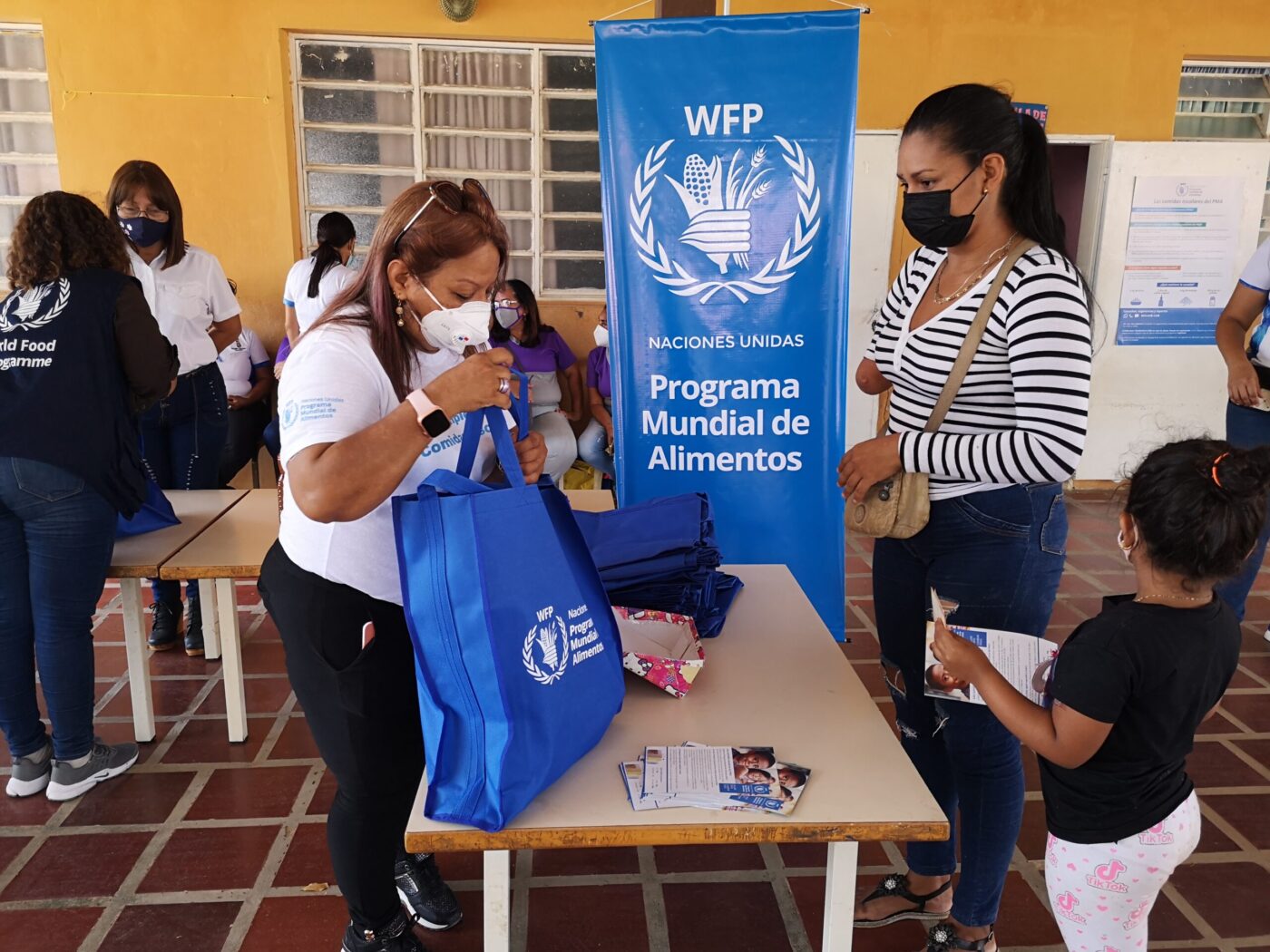 Edwymar Lugo picks up take-home rations for her daughter, Kim.

“We are reaching these vulnerable children at a critical stage of their lives when their brains and bodies need nutritious food to develop to their full potential,” said Susana Rico, U.N. World Food Programme Representative in Venezuela. “Schools like this are more than just a place to learn, they are a pillar of the community and offer a golden opportunity to provide small children with what they need to help them thrive.” 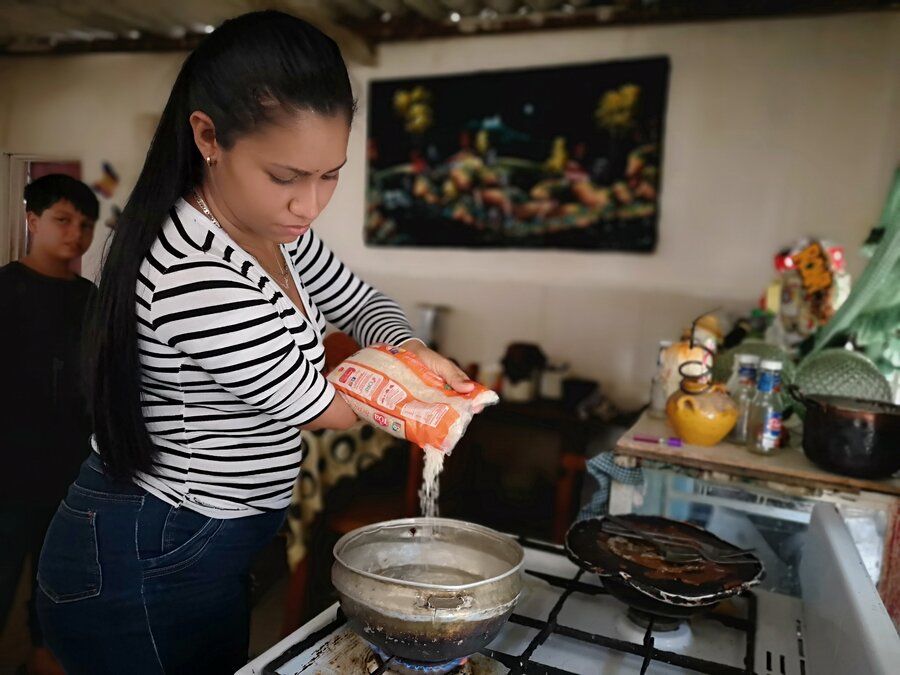 After returning with Kim from the school, Edwymar cooks lunch. Through the school meals program, mothers like Edwymar also receive bags of food filled with rice, lentils, salt and vegetable oil.

Back in the family kitchen, while rice and lentils are cooking over the gas stove while Kim does a series of pirouettes. “She watches videos of ballet on the phone, she wants to be a dancer”, says her mother Edwymar.

“This food Kim received today will give me peace of mind. By having the food at home, I can guarantee her at least one meal a day. I don’t have to worry so much.”

This story originally appeared on WFP’s Stories in July 2021 and was written by Alexis Masciarelli. To learn more about our school meals programs and how we’re fighting childhood hunger, click here.