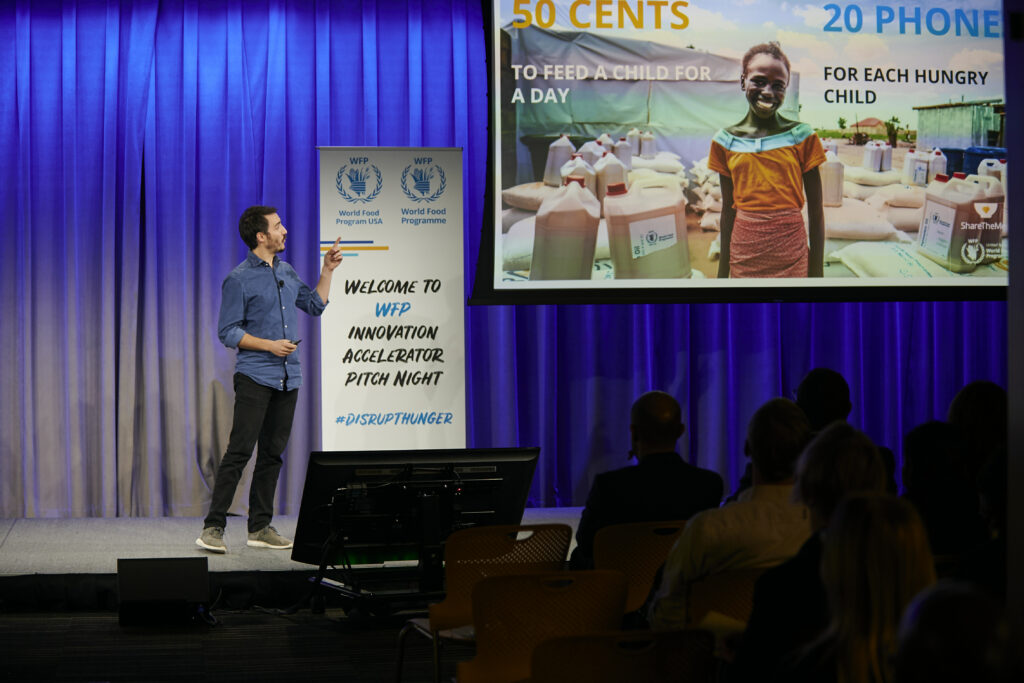 It All Started With an Insight: How Feeding the World Is at Your Fingertips

For four years, WFP’s Innovation Accelerator has been tapping the brightest minds in innovation to help fight hunger. In October 2019, it came to the U.S. for the very first time, hosting a five-day bootcamp and pitch night in Silicon Valley. Eleven start-ups – some with more experience than others – participated in the event, including ShareTheMeal, an app that enables people to donate food with just a tap of their fingers.

ShareTheMeal is an Innovation Accelerator alum – it’s actually the first innovation the Accelerator supported – but it returned to bootcamp this year to learn how to grow even further. In episode 38 of Hacking Hunger, we sat down with Max Costa, head of ShareTheMeal, and Nishkam Mehta, a super user, to learn the impact the app has had, and what’s in store for its future. Listen to the episode above and read the story below. You can also read a full transcript of this episode here.

“It all started with an insight,” said Max Costa, current head of ShareTheMeal, when we asked how the app began.

Five years ago, two WFP staffers, Sebastian Stricker and Bernhard Kowatsch, were pondering the problem of hunger. More than 800 million people globally were food insecure. This was an enormous number, but it paled in comparison to the number of smartphone users worldwide. What if, they thought, they could leverage this disparity to end hunger, by connecting smartphone users with families in need? With that, ShareTheMeal was born. 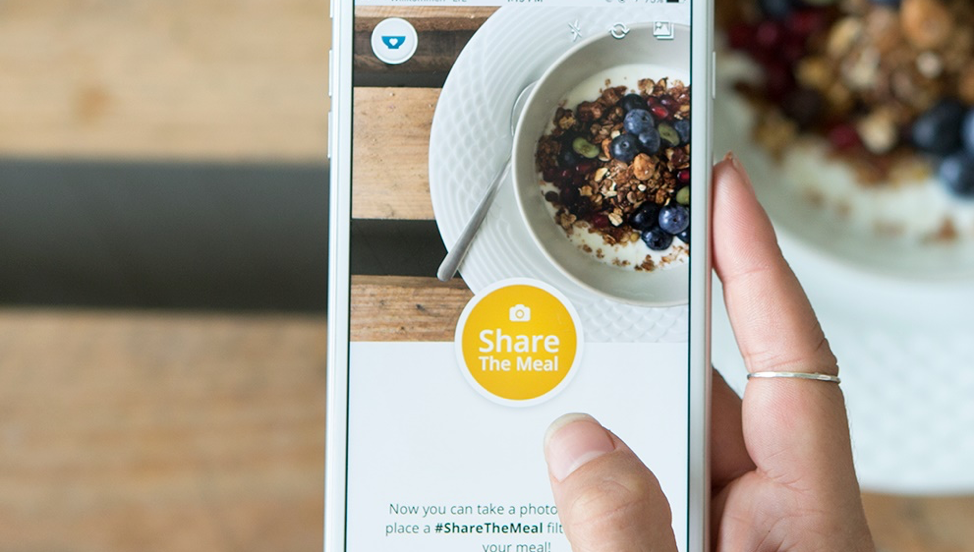 ShareTheMeal is an app that enables users to feed hungry families worldwide with just a tap of their fingers. Simply download the app, read families’ stories and decide and how much you want to share. To share a meal, you can give as little as $.50 and as much as you’d like. We asked Max Costa, current head of ShareTheMeal, why they decided to start with $.50 cents – an amount that by some standards, could seem low.

“$.50 cents is the amount it costs to feed a child for a day,” said Max. “We wanted to make that the baseline. For you, $.50 might not make a big difference, but for some, it can be the difference between eating or not. So, the idea is, that when you’re sitting down for a meal, you open up the app, tap your finger, and share that meal by giving to someone in need.”

There are a variety of ways other ways to give through ShareTheMeal as well. You can join The Table, the app’s monthly giving community, and be connected virtually to the families you support through exclusive stories. You can also create in-app teams to challenge others to make giving goals or join your campaign. 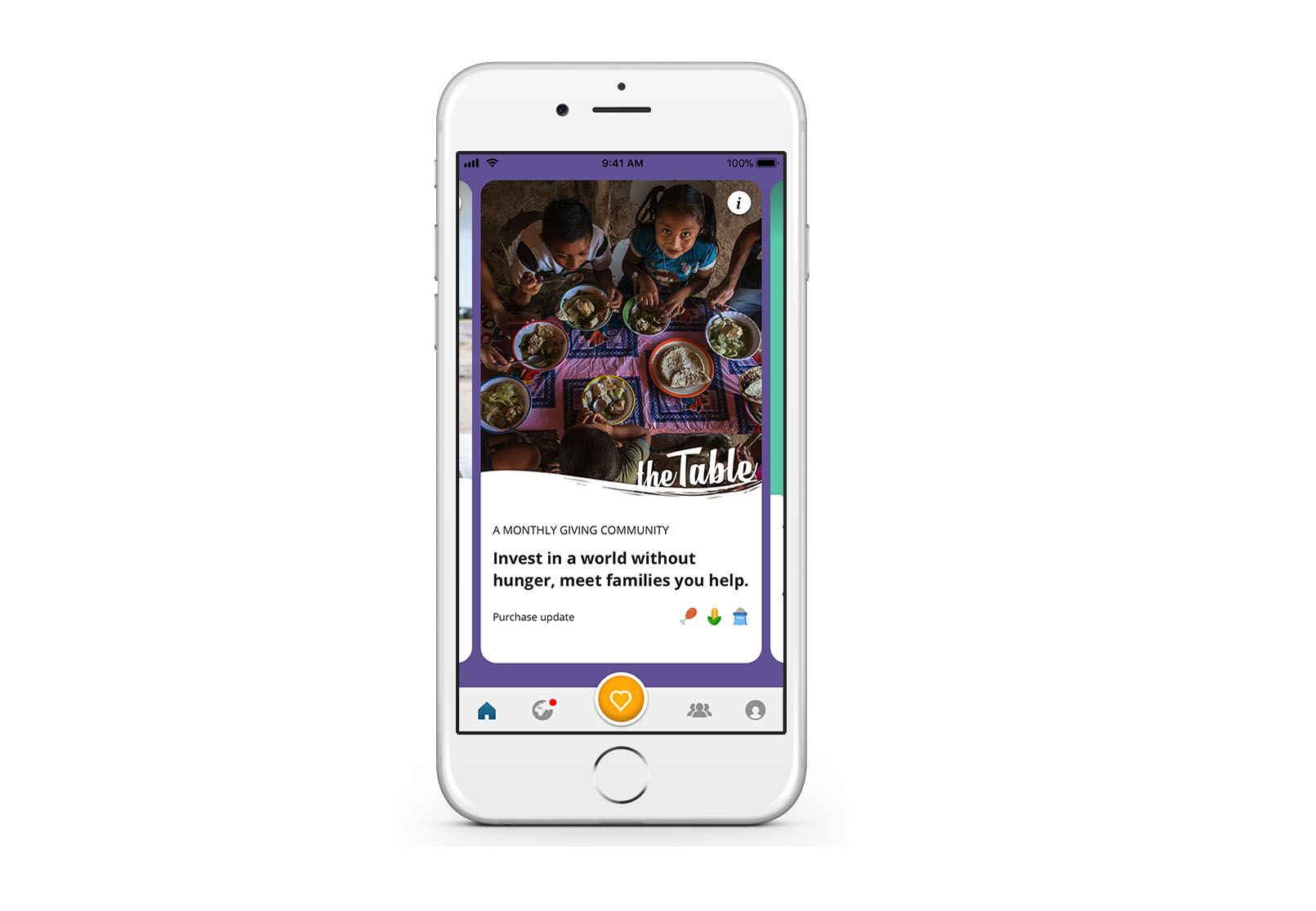 The Table on ShareTheMeal enables you to give monthly and receive exclusive updates.

Back in 2016, the cause and concept of ShareTheMeal caught the attention of Nishkam Mehta and his then-fiancé, Poonam. They were recently engaged and discussing what kind of wedding they’d like to have.

“The more we discussed, the more we realized we wanted our wedding to be a reflection of the life we want to live,” Nishkam explained. “So, we decided to make giving back part of our wedding.”

The couple started to research charities. They had three main criteria for their choice: the charity had to be efficient with donated funds, have a global reach and a proven track record.

“Our research quickly led us to the fantastic work being done by WFP,” Nishkam said. “And then we discovered ShareTheMeal, which enables you to connect with someone in need halfway around the world. So, we decided, let’s do it, let’s share the meal.” 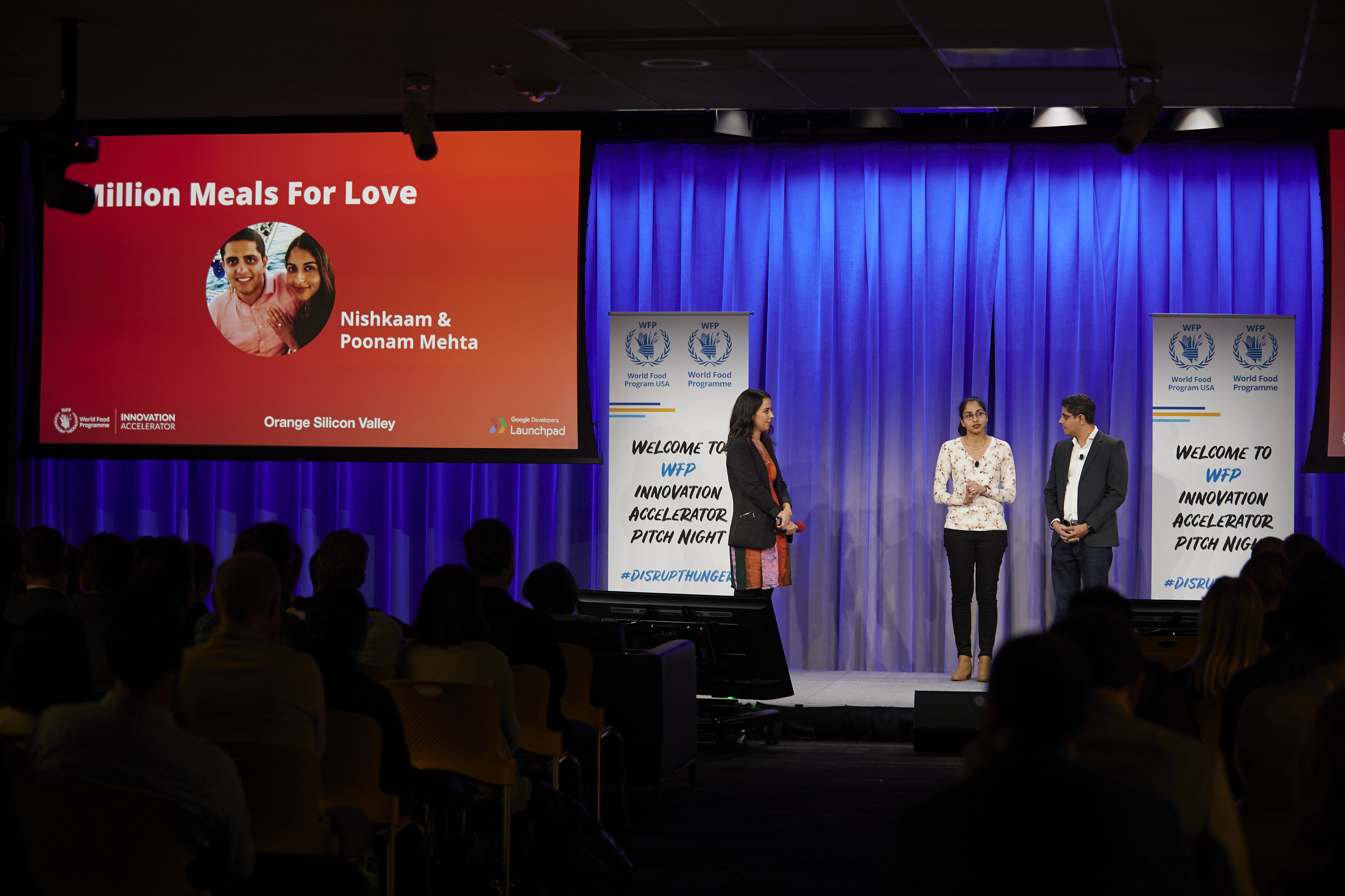 Nishkam and Poonam explain how they raised more than a million meals via ShareTheMeal.

Nishkam and Poonam decided to donate their entire wedding budget – 40,000 meals – to the cause. But they wanted that to be just the start. They asked family and friends to donate as well, with the ultimate goal of raising 1 million meals. They met that goal last December – and to their surprise, their campaign is still growing.

“When Nishkam and Poonam reached out to us, we really couldn’t believe it,” said Max. “It seemed like the perfect match – and it was. They have helped so many people, and they are an inspiration to people everywhere that you too, can do extraordinary things.”

Max and his ShareTheMeal team attended the Innovation Accelerator bootcamp in San Francisco to further explore how to enable people to make an extraordinary difference through their innovation. 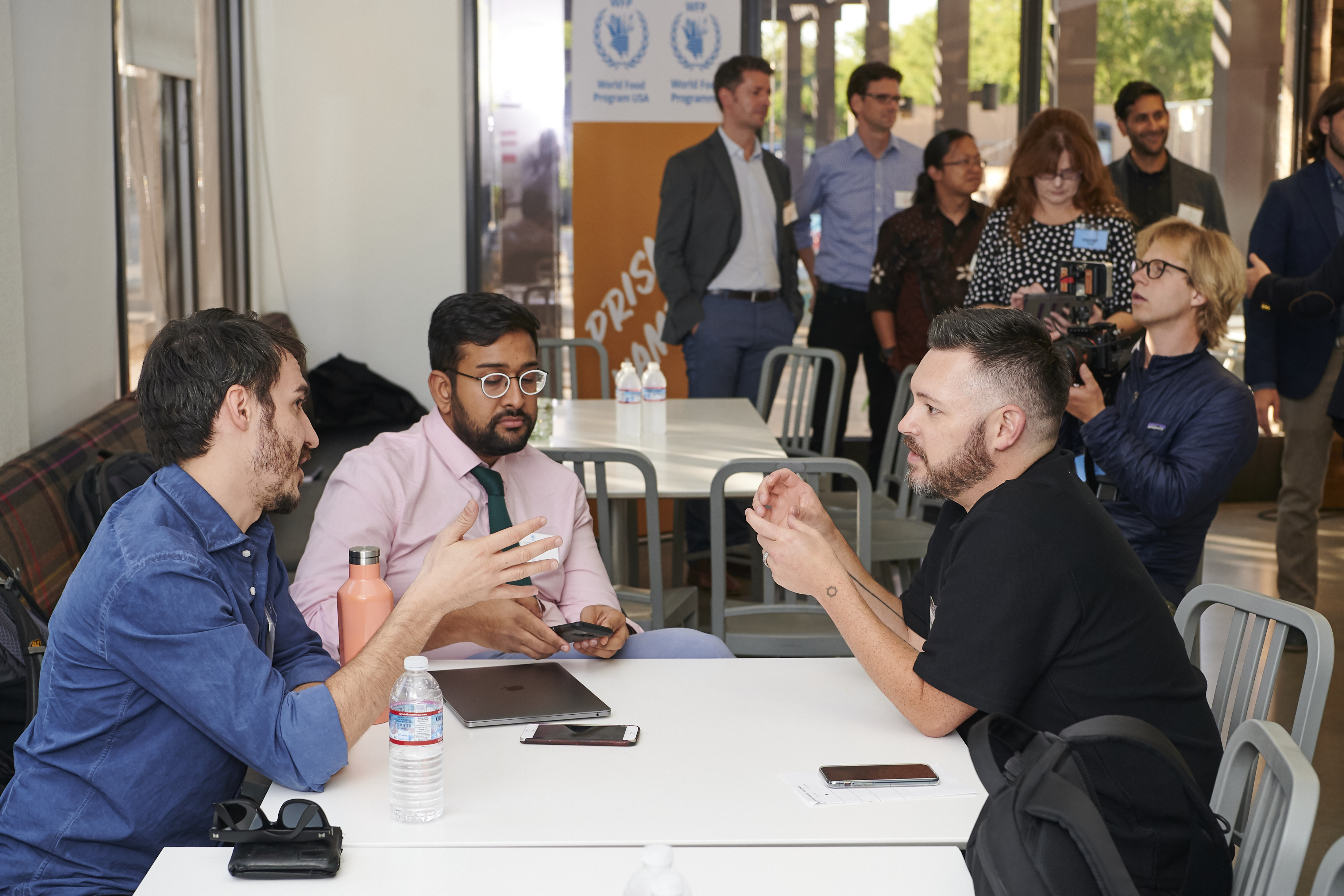 Max (far left) and his colleague Mufadal Jiwaji, head of marketing, discuss the app with Ennis Olson of Google.

“Since we’ve launched ShareTheMeal, almost 50 million meals have been donated,” said Max. “But, imagine what could happen if we could link ShareTheMeal with popular food delivery apps or other starts up here in Silicon Valley. We could possibly reach 1 billion meals! So that’s what we’re trying to do this week – determine how we can further integrate ShareTheMeal into technologies people are already using and make it even easier to give back.”

In the meantime, it’s still pretty easy to use ShareTheMeal – and with the holidays approaching, there couldn’t be a better time to try it out.

“You just heard Nishkam’s story about what’s possible through a smartphone,” said Max. “I encourage everyone to think about the impact they can make by sharing a meal with hungry families across the world as you sit down to share a holiday meal at home. If people take action, you never know – we could have another story as good as Nishkam’s to tell by this time next year.”