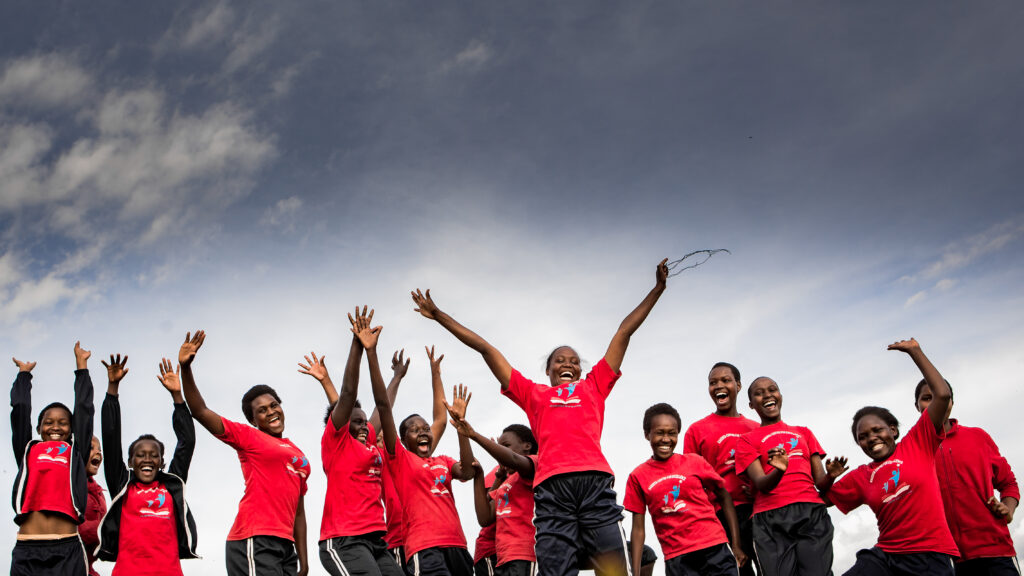 From Kenya to Cambodia, These Young Girls Are Overcoming the Odds

For millions of girls around the world, going to school is anything but guaranteed. Early marriage and motherhood, forced prostitution and extreme practices like female genital mutilation (FGM) often end girls’ education before it’s barely begun. Without an education, their opportunities are limited, making it difficult to earn an income and afford their own food.

Catherine Bertini, the former Executive Director of the World Food Programme (WFP), decided to change that. In 2003, Ms. Bertini won the $250,000 World Food Prize for her contributions to ending world hunger. Rather than keep the money, she started a trust fund for girls’ education projects that has helped grow dozens of initiatives around the world.

Kakenya’s Dream in Kenya is a non-profit organization that combines three educational programs to change the trajectory of girls’ lives: boarding schools, an alumnae support program and a health and leadership training program. Since 2009, Kakenya’s Dream has worked in one of the most remote regions of Kenya to end harmful practices like female genital mutilation (FGM) and early marriage that prevent girls from completing their education.

The founder and president, Dr. Kakenya Ntaiya, knows firsthand what a difference education can make in a girl’s life. She was engaged to be married at age five, and the wedding was scheduled to happen as soon as she underwent FGM. After negotiating with her father and village elders, Dr. Ntaiya went on to complete secondary school, attend college on a scholarship in the United States and earn a PhD in education.

The program that Dr. Ntaiya founded began with 30 students has now educated 450 girls. The Catherine Bertini grant will allow them to enroll an additional 30 students in the 2020 class.

“These students come to us from situations of extreme economic hardship, and their families are unable to afford the cost of secondary school. Without our support, most would drop out to be married and begin having children while they are still teens themselves,” says Jennica Stephenson, the Director of Development for Kakenya’s Dream.

“We believe that girls who are given the tools, information and education they need will become their own advocates and break down the barriers that keep them from realizing their full potential.” 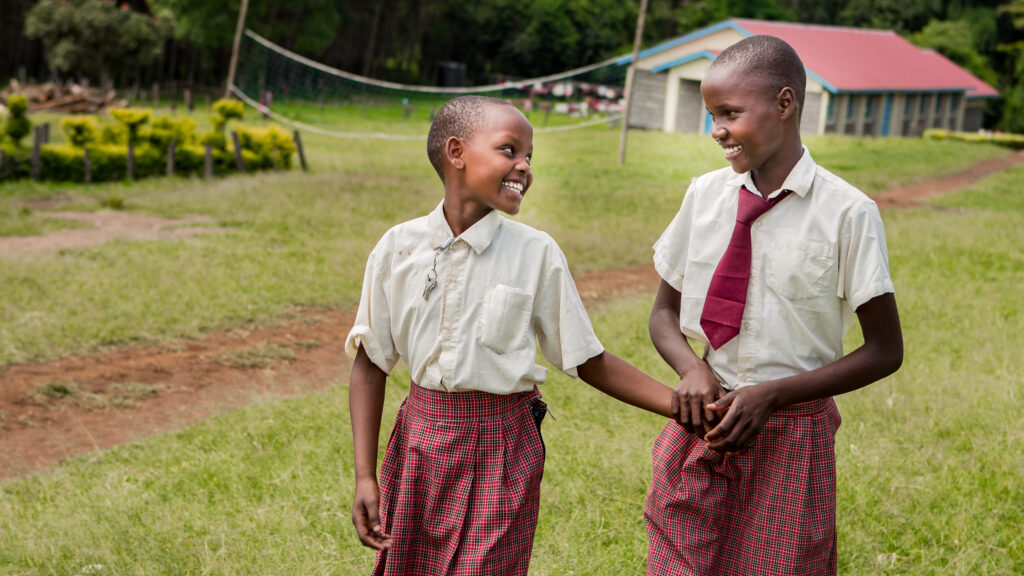 Svay Rieng province is one of the poorest areas of Cambodia where many girls are sex-trafficked or end up in exploitative and unsafe labor. World Assistance for Cambodia (WAfC) sought to change that, starting in 1993. To date, WAfC has built more than 560 rural schools across every province in the country, launched a Girls Be Ambitious project for 700 girls and started a HerStory Club program with nearly 500 girls. Last year, WAfC rolled out a pilot health and wellness program aimed at girls ages 10 to 14 to help them build confidence and learn about mental health, physical health, hygiene and self-protection. The results were overwhelmingly positive. Now, with the Catherine Bertini grant, they can bring the program to Svay Rieng province.

“This grant will support many of the most vulnerable girls in Cambodia in overcoming the health barriers they face by helping them acquire positive functioning in their physical, mental and social well-being through education and guided mentorship,” says Debbie Krisher-Steele from WAfC. “By gaining knowledge and access to meet their health care needs, they will be able to succeed in education and continue on their path toward an independent future.”

“We believe that access to correct, honest information and services is a right all girls and women should have, regardless of where they live, and our hopes are that this can become a reality for girls globally. By educating and empowering a girl, we believe it empowers her community.” 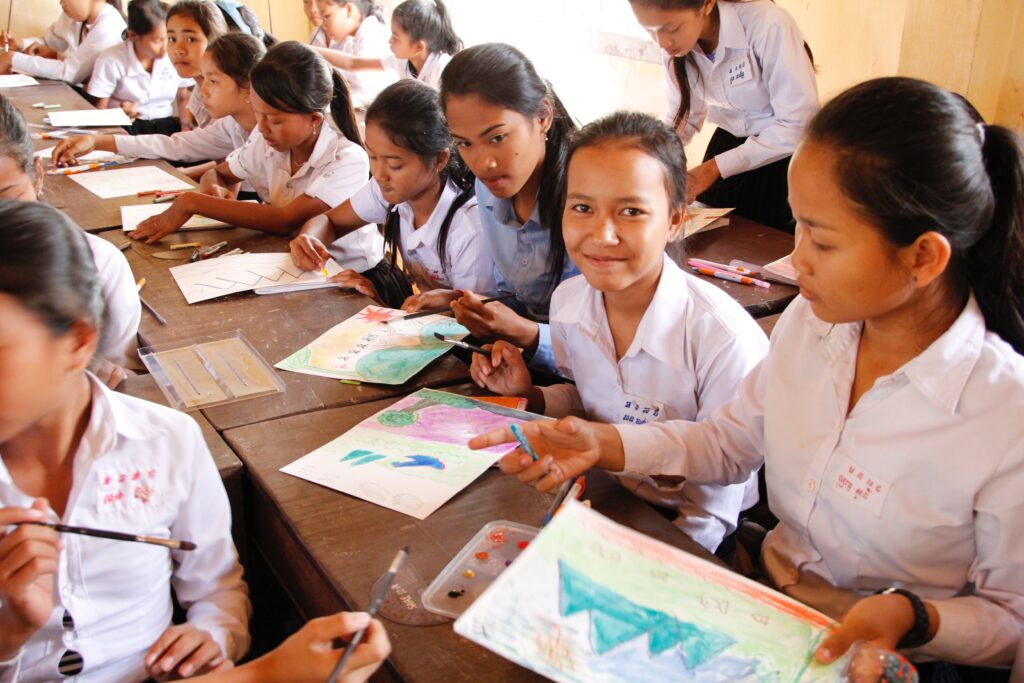 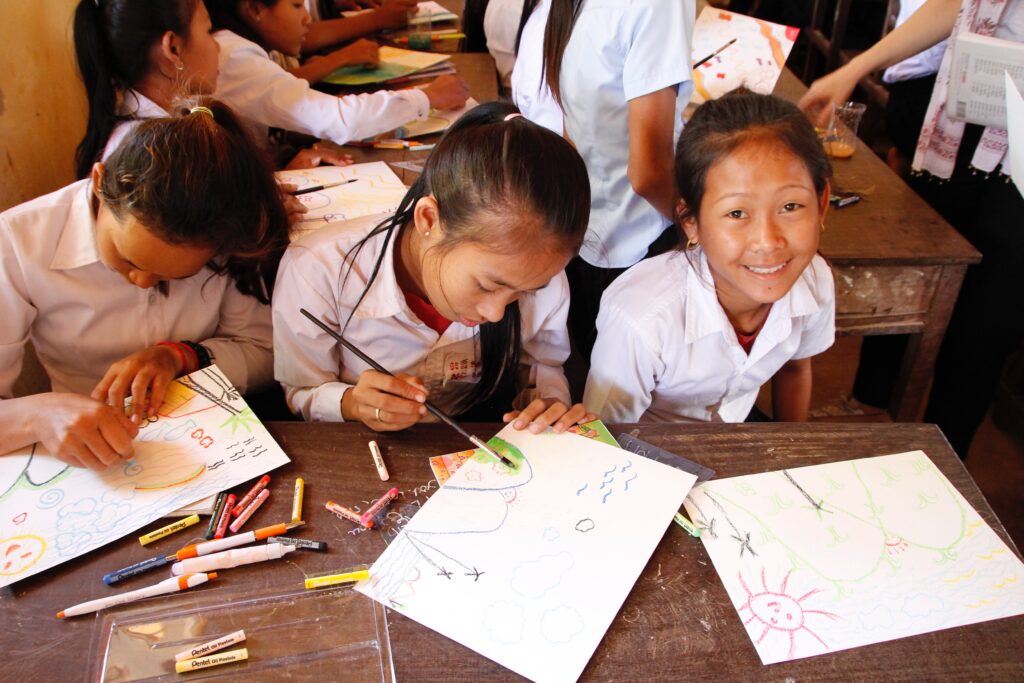 You don’t have to be a humanitarian award winner or give thousands of dollars to change lives. You can provide notebooks and healthy school meals to students around the world with just a few dollars.

Donate to the Bertini Trust Fund today and support girls’ education across the globe.