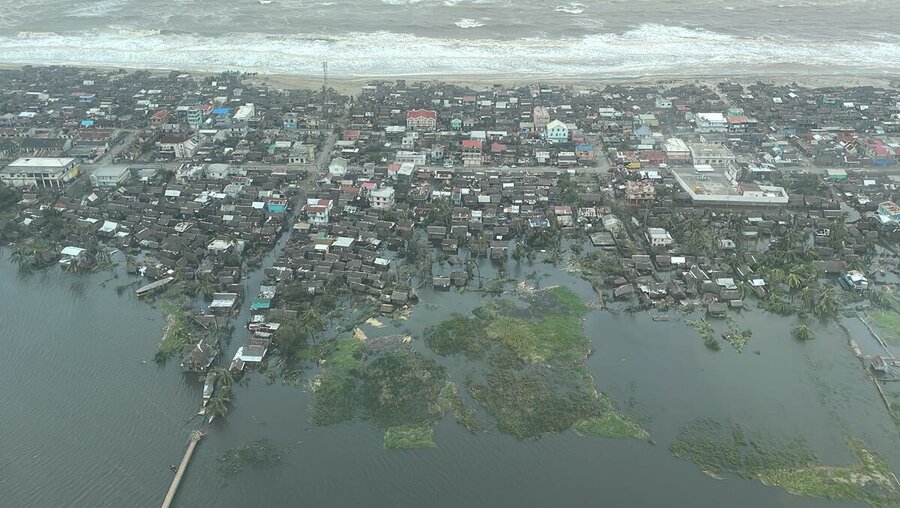 The Latest Updates out of Madagascar: WFP Provides Immediate Emergency Assistance in the Aftermath of Cyclone Batsirai

Cyclone Batsirai made landfall on the central-eastern coast of Madagascar on Saturday, February 5. Extreme weather events like cyclones have become more frequent and intense in Southern Africa.

Aerial views from a UNHAS flight show the extent of the devastation caused by Cyclone Batsirai, which made landfall on the central-eastern coast of Madagascar on Saturday.

U.N. World Food Programme staff at the scene report that the coastal town of Mananjary has been completely devastated. Houses have been swept away by the violent winds and access is now only possible by air. Manakara, some 62 miles to the south, is also inaccessible by road.

“Everything was shaking. It felt like claws were pulling the roof. I heard metal sheets ripped from the roofs of nearby houses bang against my door,” said Martina Azzalea, head of the U.N. World Food Programme office in Manakara in a voice message. “Power lines were cut and the whole city was left completely in the dark.” 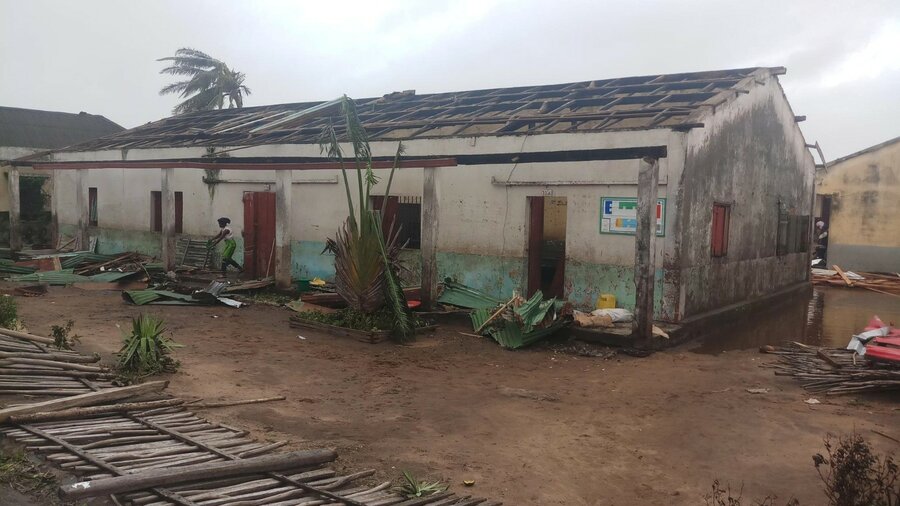 A few hours later, people were already at work to rebuild their lives. “I was struck by the resilience and dignity of these people, who probably lost most of what they had and were ready to start again,” Azzalea said.

To assist those who lost everything to the cyclone, the U.N. World Food Programme started distributing hot meals to 4,000 evacuated and displaced people in shelters, in coordination with Government authorities. In advance of the cyclone, the U.N. World Food Programme had pre-positioned 50 metric tons of food stocks, half in Manakara, half in Tamatave, the two main cities in the east/south-east coast, to be able to quickly assist 10,000 people (2,000 households) for 10 days. 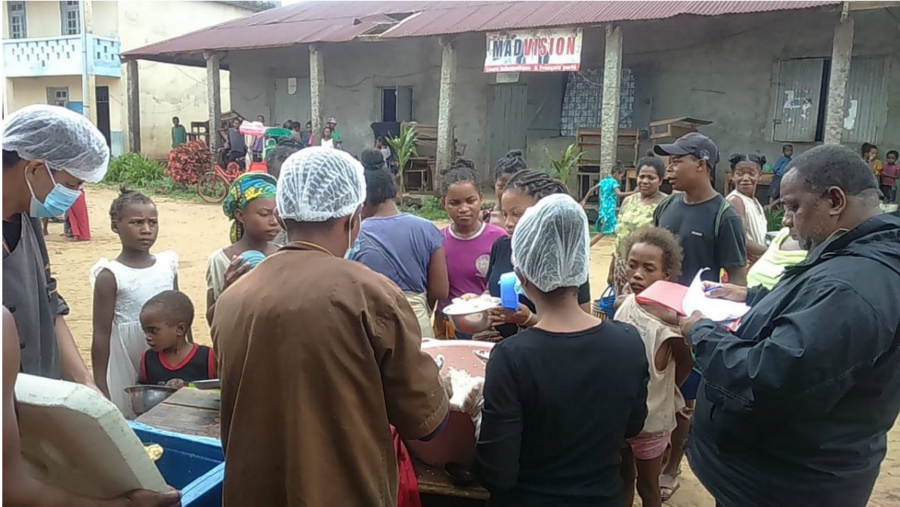 Hot meals have been distributed to more than 1,000 displaced people in Manakara in the immediate wake of the cyclone.

“The floods and bad weather have not only devastated homes and damaged property, but above all they have destroyed the livelihoods and sources of income of the affected families,” said Pasqualina Di Sirio, the U.N. World Food Programme country director in Madagascar. “Affected families, currently in a situation of total destitution, will see their living conditions deteriorate in the absence of urgent assistance until their situation returns to normal.”

In the coming days, the U.N. World Food Programme is planning to set up distributions of food and cash transfers to those in need.

We urgently need your support to scale up our response. Please donate today.

This blog originally appeared on WFP’s Stories on February 6, 2022 and was written by Simona Beltrami.