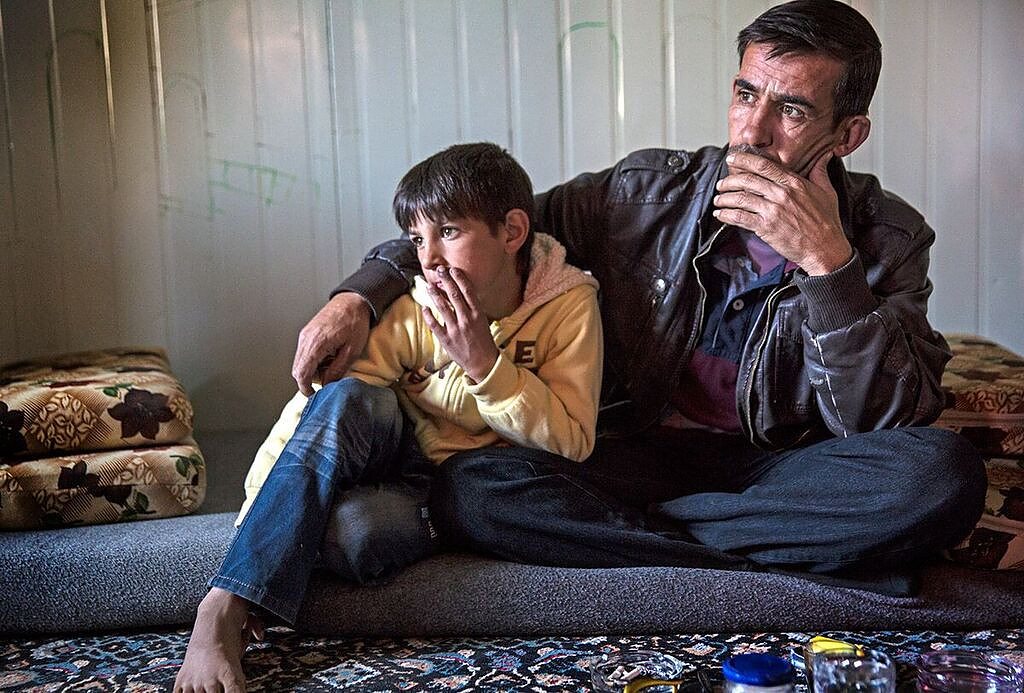 Marouf’s Home Is Not In Jordan

When Marouf Said and his family fled Syria in 2012, they left behind more than their home and their country. They left behind their eldest son, Mohammed.

He’s never far from the minds of Marouf, his wife Hind and their five children, who live in the Zaatari refugee camp in Jordan. In her dreams, Hind asks her son to allow her to kiss his feet, though he refuses. Through photos her son sends from Syria, she admires the beard he has grown during his teenage years while they have been apart. 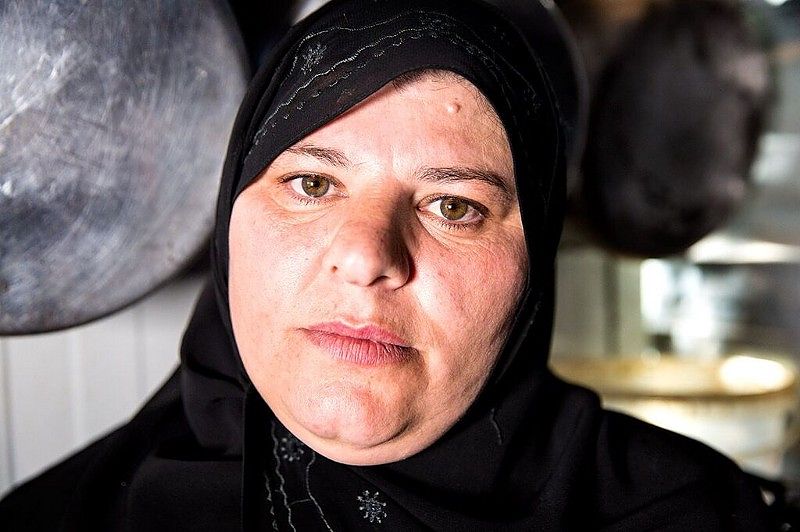 “My only wish and only request is to find a solution so I can go back and see him,” she says.

Together, their lives seesaw from wanting a better life in the camp to trying to recover pieces of the life they once had.

Noor and Shauq, Marouf’s two youngest daughters, help clean beds and dishes while imagining one day becoming a teacher or a doctor.

Nada, his eldest daughter, passes the time memorizing the Qur’an to find a sense of peace in the camp. Frustrated by her overcrowded classroom where 60 to 70 students vie for one teacher’s attention, she no longer attends school because she says she’s unable to learn in such a disruptive environment. She longs to return to Syria, where it was easier to socialize with girls her own age.

Mohannad, his youngest son, pushes a wheelbarrow 10–12 hours a day as a day laborer. 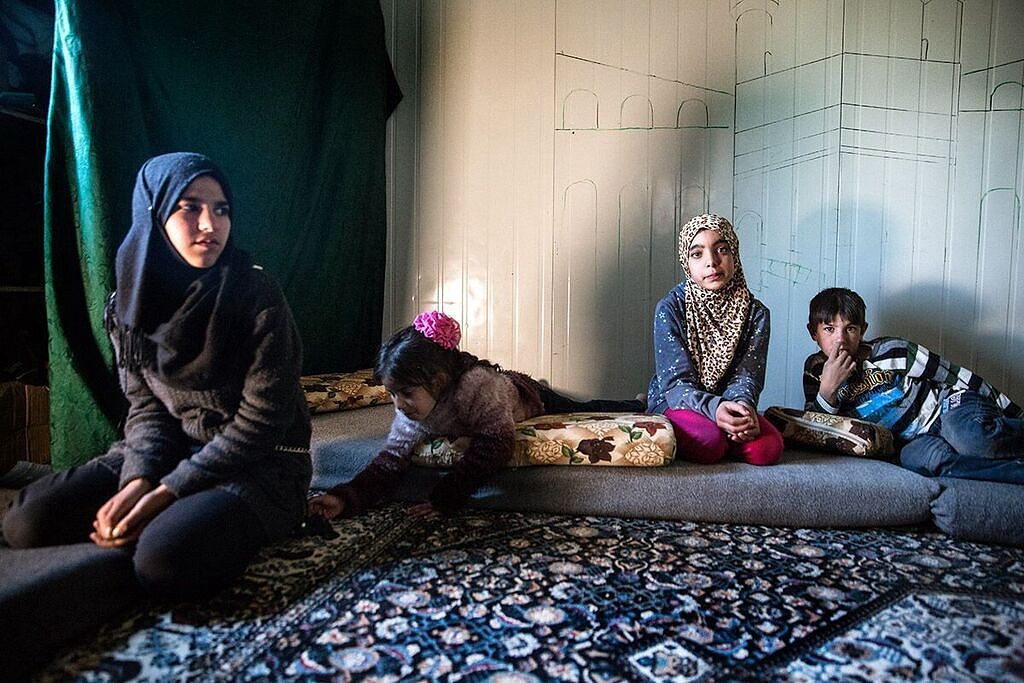 Marouf and his family survived shelling in Da’raa province and sought refuge at Zaatari when it was being established in 2012.

In Syria, Marouf bought and sold metals like aluminum, iron, and copper out of the back of his pickup truck. With the help of Mohammed, they earned good money and led a meaningful life together.

“I had a house of four rooms and other benefits,” he said. “Thanks be to God, I had a good life, until the war started, and we lost everything.” 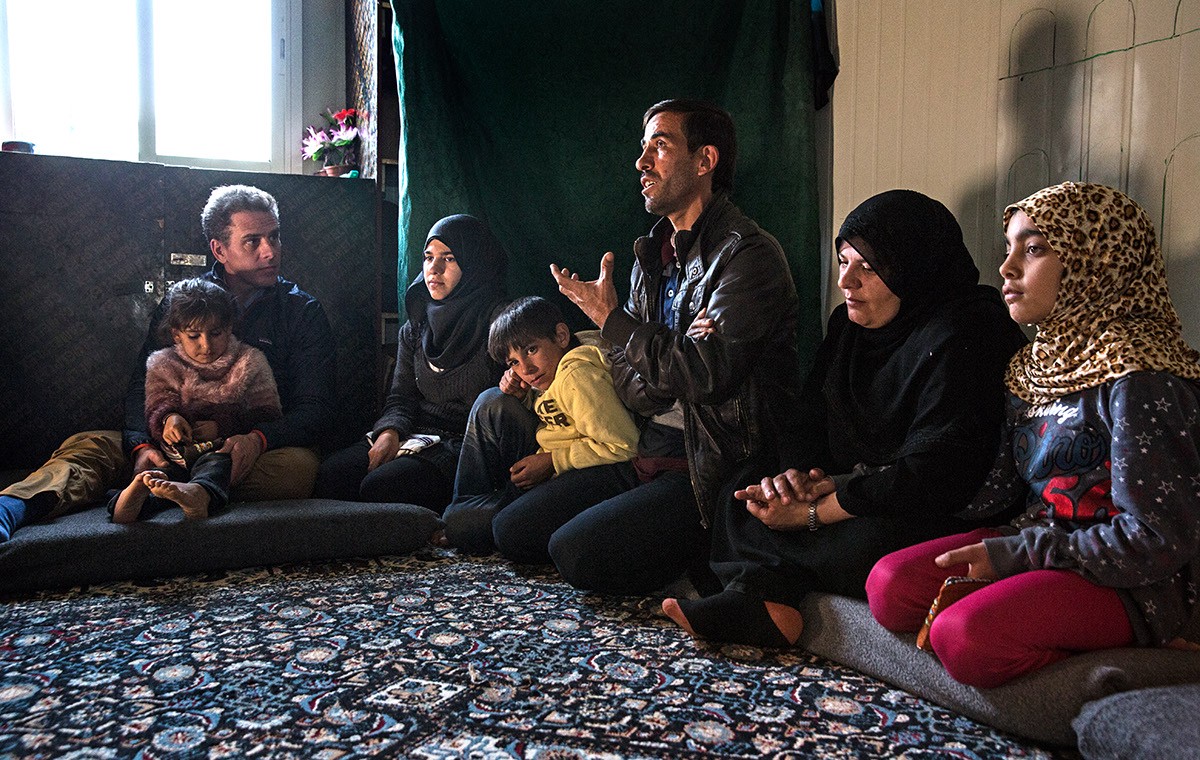 Marouf’s family enjoys a meal together after returning from the Tazweed market. WFP/Ellie Kealey for Tiger Nest Films

Unable to legally work in Jordan, Marouf provides what he can for his family. His few sources of income include helping clean the camp’s streets for 30 dinars once a month. Add to that a few dinars for offering basic carpentry services or digging holes, and he earns roughly $46 a month.

“I’m trying to provide for them like I could in Syria,” he said.

For young Noor, walking to the local market to buy food is sometimes the best part of her day. With the help of the United Nations World Food Programme (WFP), Marouf uses electronic food cards, or “e-cards,” to buy staples like sugar, rice, oil, and tea as well as yogurt and fresh vegetables like tomatoes. 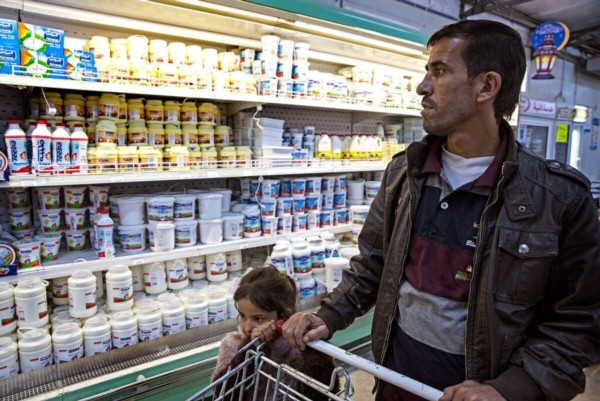 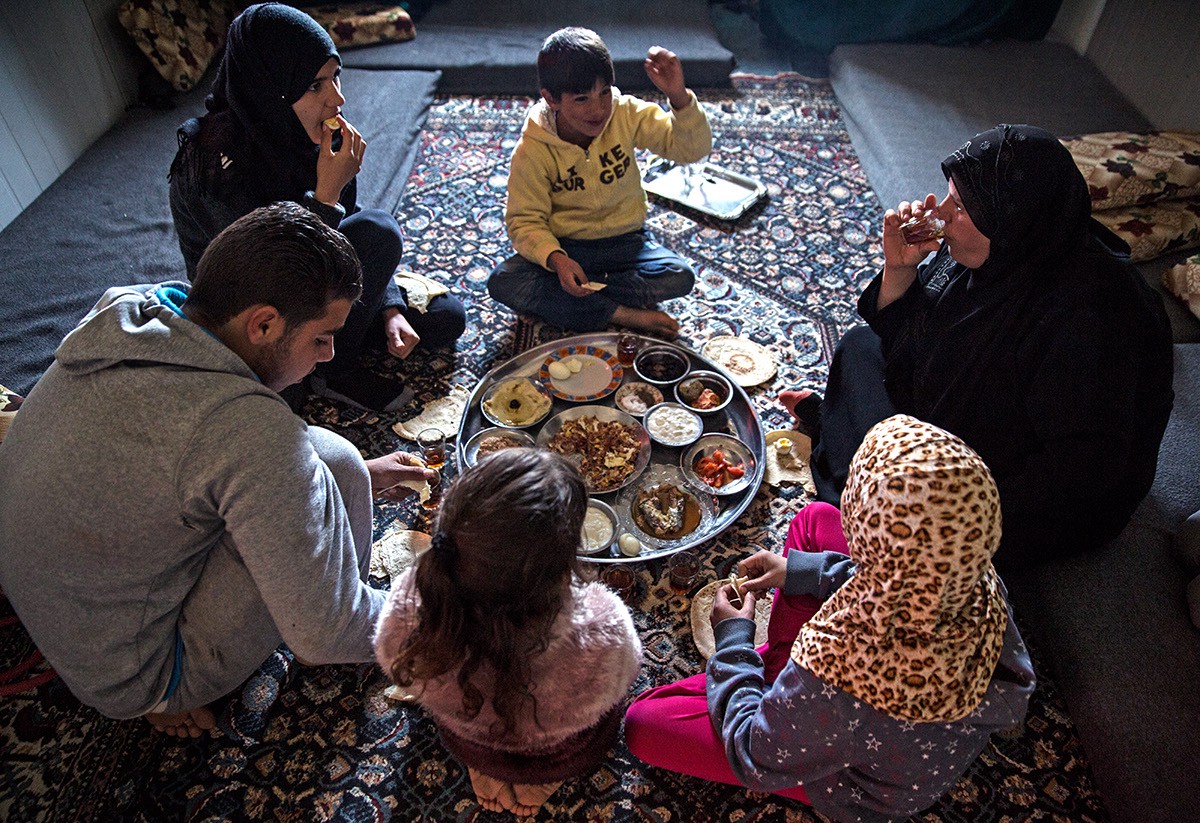 Marouf’s family enjoys a meal together after returning from the Tazweed market. WFP/Ellie Kealey for Tiger Nest Films

It is this sustenance that fuels their hope for one day returning to Syria to share a meal with Mohammed. It is what brings them together to reflect, share, and persevere.

“Food is a fundamental thing,” Marouf said. “War or no war, we need food so we can carry on with our lives.”

Help feed families like Marouf's whose lives have been impacted by the Syrian conflict. Your donation will provide the food and dignity they need to survive and thrive.