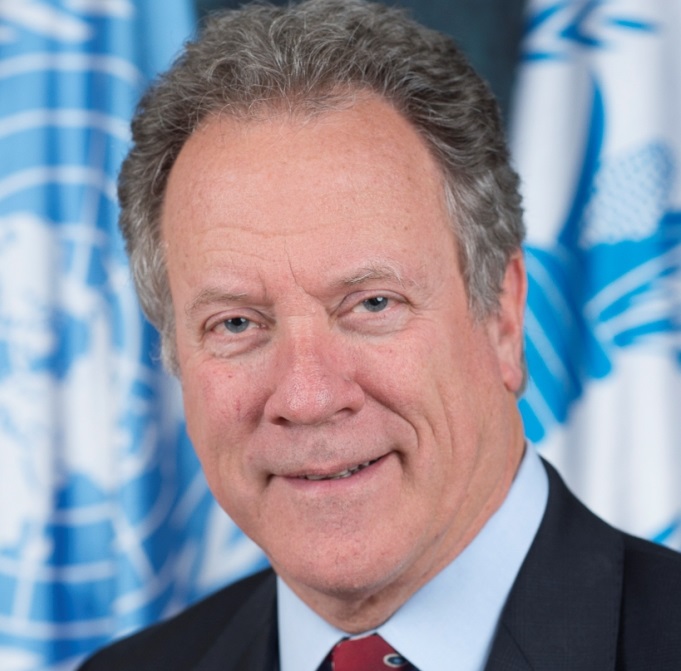 Editor’s Note: Agri-Pulse and The Chicago Council on Global Affairs are teaming up to host a monthly column to explore how the U.S. agriculture and food sector can maintain its competitive edge and advance food security in an increasingly integrated and dynamic world.

Twenty million people in Nigeria, Somalia, South Sudan and Yemen are now in danger of starvation. In these countries, there are about 1.5 million severely malnourished children even closer to death. It is as if every child under the age of 5 in Florida and North Carolina was teetering on the brink of death from hunger.

As with any of us who are parents, their mothers and fathers and even their older siblings will do whatever they can to help the family survive. It is important to remember that poverty and hunger create conditions that weaken nations and regions and provide a fertile ground for extremist ideologies to flourish.

Humanitarian assistance – especially the food aid distributed by the U.N. World Food Programme – is one way to combat extremists. This is my message to President Trump and his friends and allies. Proposed massive cuts to food assistance would do long-term harm to our national security interests.

Instead, we could help the women I met in Dolow, Somalia, who are trying to help their children survive another devastating drought. At the nutrition clinic I visited, WFP gives those children packets of food that look and taste like peanut butter, but work like medicine – a food so highly nutritious that it can help a child recover from malnutrition in a matter of months, for less than a dollar a day.

This kind of effort not only keeps people alive and more resistant to extremists, it also helps them stay where they want to stay: at home. When I was in Lebanon recently, I met Fayza, a woman who had moved her family three times within Syria before she finally emigrated to Lebanon in search of safety and food.

The global food and migration crises are intertwined. WFP research shows that a one percent rise in hunger leads to a two percent increase in people leaving their country. In addition to the obvious stress on people who are forced to move, the increased migration also strains the finances of the countries receiving the refugees. WFP provides food to Syrians in Syria for about 50 cents per person per day, a fraction of what it costs many Western countries to support refugees once they migrate.

Of course, there is another way to dramatically reduce the requirement for food assistance – end the conflicts that are creating the tremendous need now. Of the 13 largest WFP operations, 10 are because of man-made conflict, not drought, weather or other economic conditions. I believe President Trump, Secretary of State Rex Tillerson, U.N. Ambassador Nikki Haley and congressional leaders are making strong efforts to push for political solutions in these areas. But until those solutions happen, humanitarian assistance remains imperative to save lives.

It might surprise some that a fiscally conservative former Republican governor would argue for spending of tax dollars overseas. But to those who ascribe to an “America First” political principle, I would say that programs that help stabilize the world and reduce the clarion call of extremism do protect American interests. They also prevent unnecessary suffering and death. Humanitarian assistance is less than one penny of every tax dollar.  I have been encouraged by the bipartisan support I have seen in Congress, such as the strong voices of support for robust food aid funding during the recent House Agriculture Appropriations subcommittee hearings. But more work remains to lock in this funding so the World Food Programme can deliver life-saving assistance.

The scale of the current need is larger than any crisis since World War II, and that is why I took on this job two months ago. I was initially uninterested, because I did not need a job or a title, and I certainly did not want to join something inefficient and bureaucratic. But I believe the World Food Program is truly innovative, blending support for farmers and retailers and working to boost economies, ours and others. We have people at the top of their professions in logistics and technology.

I also took it because I want America to be great too. And I do believe – whether de Tocqueville said it or not – that America is and can be great because she is good, and that ceasing to be good would make America much less great.

David Beasley is currently the Executive Director of the U.N. World Food Programme in Rome and former Republican governor of South Carolina.

This op-ed was originally published in Agri-pulse.