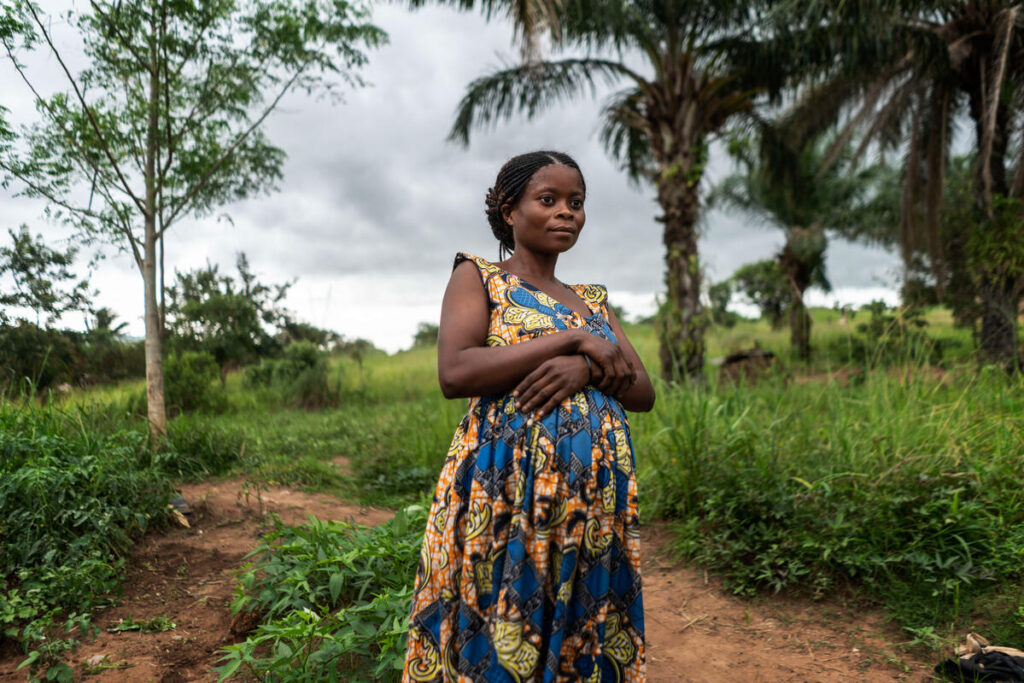 “We Knew We Had No Time to Lose.” A Mother’s Story of Fleeing Home and Violence, and Beginning Anew With Help From WFP’s Cash Grants

Kisimba Emedi remembered waking to sounds of gunfire edging closer to her home in the southeastern village of Tundwa, in the Democratic Republic of Congo (DRC).

“We knew we had no time to lose,” she said as she prepared fish for dinner for her children, whom she “grabbed … and ran into the forest” on that night of terror.

Gunshots rang out and the adults were on edge, fearing that the smaller children might cry out and give away their hiding place. The only option was to flee.

Kisimba’s story is hauntingly familiar across the DRC, where violence has uprooted millions from their homes – including hundreds of thousands in the southeastern Tanganyika province. 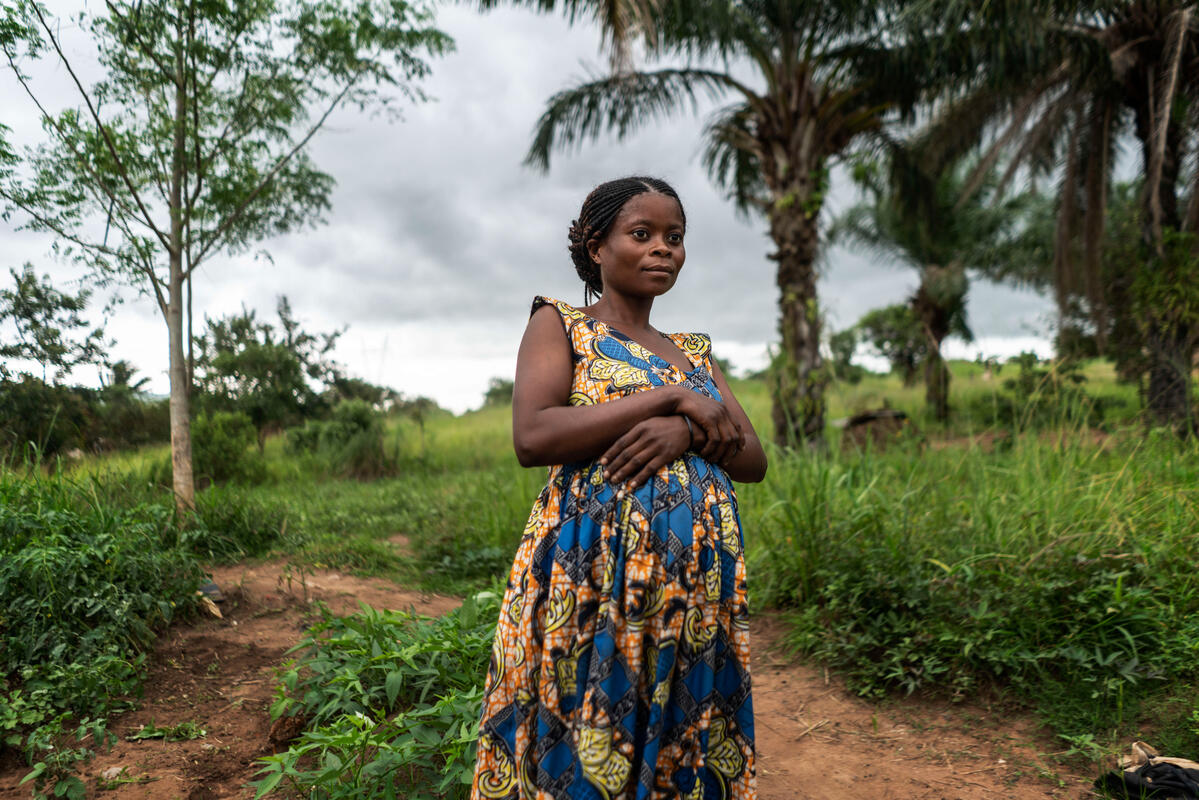 In the DRC, local conflicts have grown in intensity in recent years and left a trail of burned-out villages and looted crops. The unrest has also deepened hunger in the region, forcing families to abandon their farms and other sources of livelihood.

But today, some, like Kisimba, are building back their lives, partly thanks to cash provided by the U.N. World Food Programme. Cash is a form of humanitarian assistance that can empower people to buy the foods and essentials they need.

“Along with helping us put food on the table, the great thing about cash is that it enabled us to prioritize our needs and build for the future,” said Kisimba. “If we had received food, I may have been tempted to sell some to address our other needs.”

After the attack five years ago, Kisimba and her husband led their family to the relative safety of Kalemie, a port town on the shores of Lake Tanganyika. During the difficult journey, they ate only the scarce food they could find along the way.

In Kalemie, however, the couple quickly realized that without their own plot of land, and the support of relatives, they were going to have a hard time. Even though they were working all day, every day, they weren’t earning enough to eat. 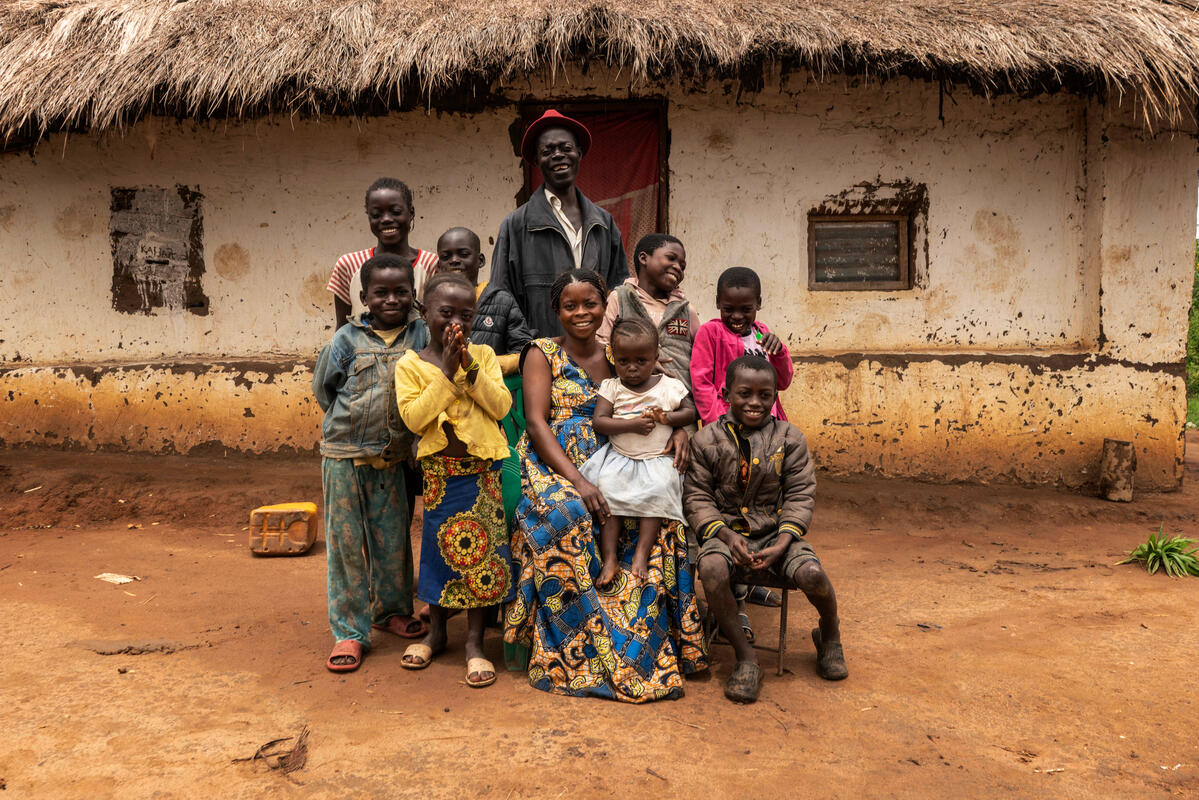 “We ended up eating just cassava leaves with salt,” said Kisimba – cassava is a popular root vegetable, whose root is consumed for starch and whose leaves are boiled into a sauce. “The children started to look sick all the time.”

The couple were left with no choice but to return to their village. They arrived in Tundwa, exhausted and weak, and found their worst fears confirmed.

“The house had been burned down,” says Kisimba. “Everything was gone — the crops, the animals we had, the cooking pots.” 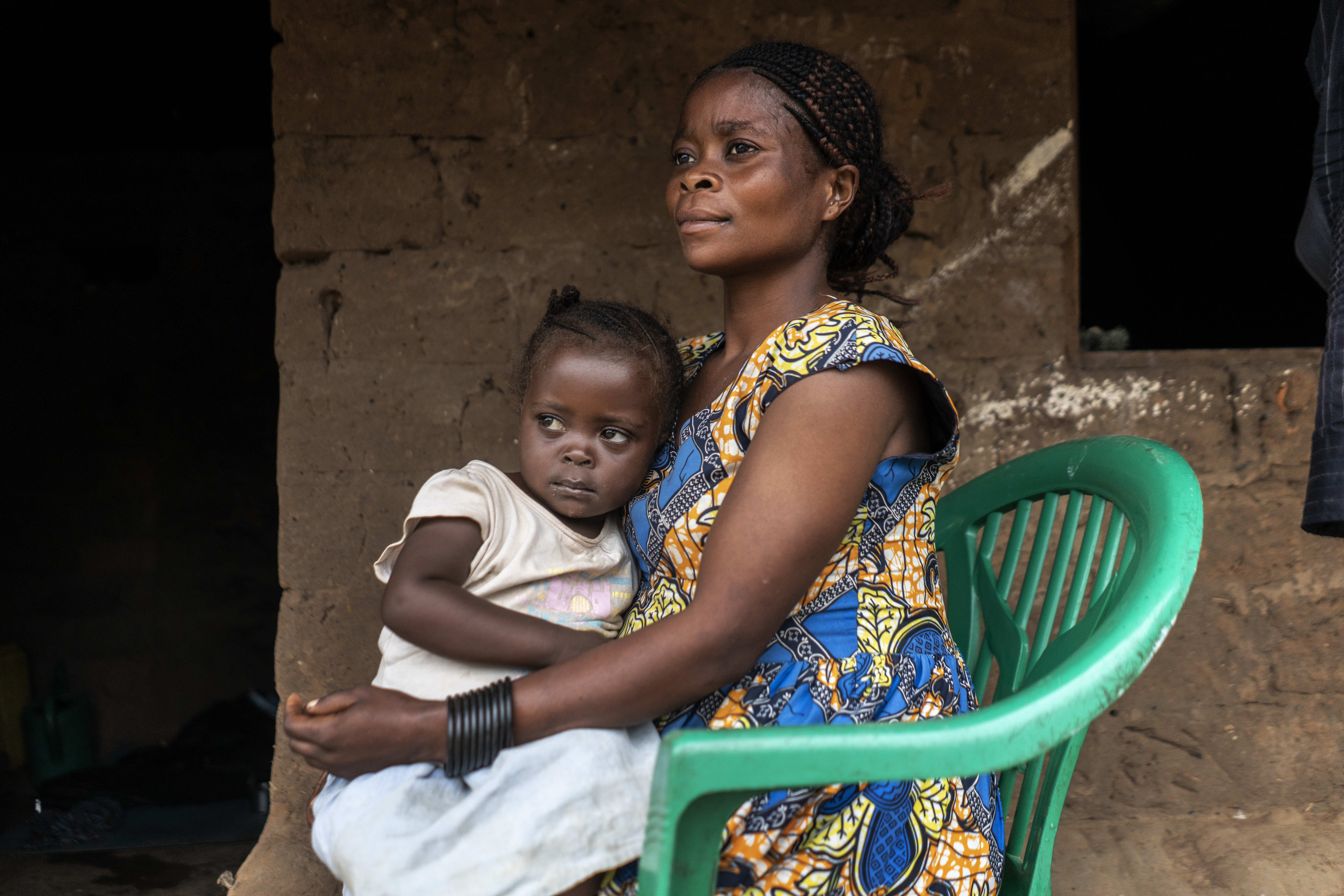 After a period of time, they settled and Kisimba gave birth to the couple’s youngest daughter, Kyabu.

“It was then that we heard that the U.N. World Food Programme was starting a cash assistance program for returnees, and that our family was eligible,” she said.

Kisimba was registered to collect cash for the family that amounted to the equivalent of $100. On the day she collected it, she and her husband sat down to figure out how best to use the money. They decided to pay neighbors to help them clear new land to expand their harvests of corn, cassava and beans. They also invested in hens and goats as insurance against hard times. 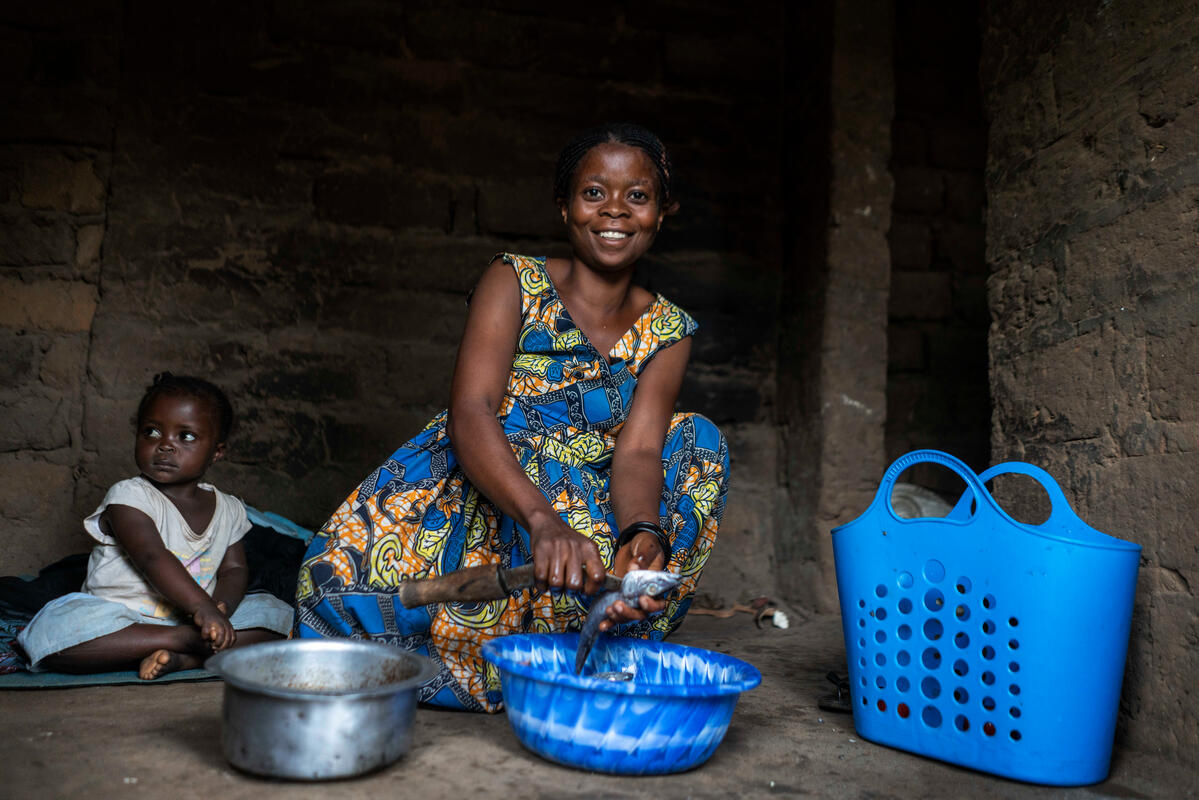 The investments paid off. The couple could then sell their surplus crops, and the profits ensured a varied diet including fish, which Kisimba’s children are particularly fond of.

“It makes me so happy when I see my children running around after they have eaten their fill,” said Kisimba. “All we hope for now is that peace will continue in our village.”

This story originally appeared on WFP’s Stories on October 27, 2021 and was written by Ben Anguandia and Helen Vesperini.