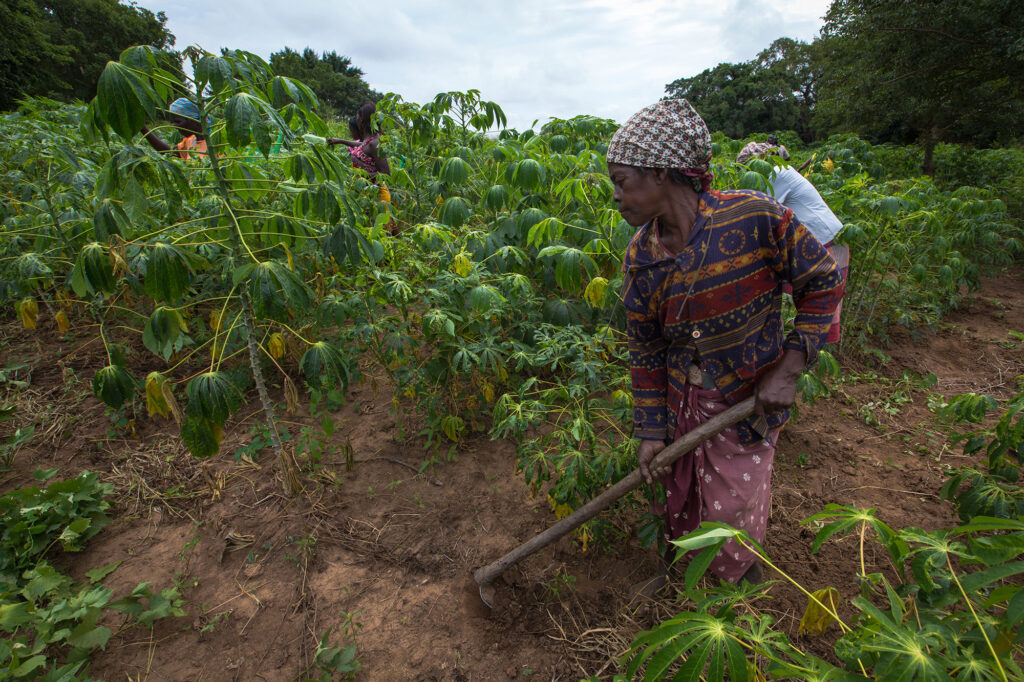 Nourishing Our Planet and People: Extreme Weather and Hunger

Today, extreme weather is one of the greatest threats to global food security.

This may be surprising, but it makes sense when you consider that half of the world’s hungry people are farmers. They don’t operate the kind of farms Americans are familiar with – ones with high-tech machines and innovative irrigation. Rather, they are small-scale farmers who grow just enough to feed their families and hope to have a little left over to sell. Their resources are limited, and harvests are at the mercy of the climate and land – which are increasingly being ravaged by extreme weather events like droughts, floods and hurricanes. As a result, more and more small-scale farmers are unable to produce the food they need to survive.

That’s why, to end hunger, we have to do so much more than simply feed people in need. We also need to protect the environments in which they toil. The World Food Programme (WFP) is doing this by working with poor farming communities to implement sustainable agricultural solutions that improve the health and resiliency of the land – and ultimately help people withstand the impact of extreme weather.

I had the privilege of seeing one of these projects in action during a visit to Turkana County, Kenya. The region is one of the country’s poorest. It has an increasingly harsh desert climate that makes it difficult to grow the crops so many people there need.

To help improve food security, WFP implemented its Food-for-Assets program (FFA). FFA addresses people’s immediate food needs in exchange for their help building assets that will improve their long-term resilience, such as rehabilitating degraded land. In Turkana County, community members worked to build irrigation systems that harvested rainwater for livestock and crops. It was a simple solution that made a big difference – in both improving sustainability and getting more food to people in need.

In Mauritania, local farmers were also struggling with parched soil. This time, it was the result of desertification – a process in which once fertile lands become arid. More and more, sand dunes were encroaching on community farms, and drought was destroying harvests. 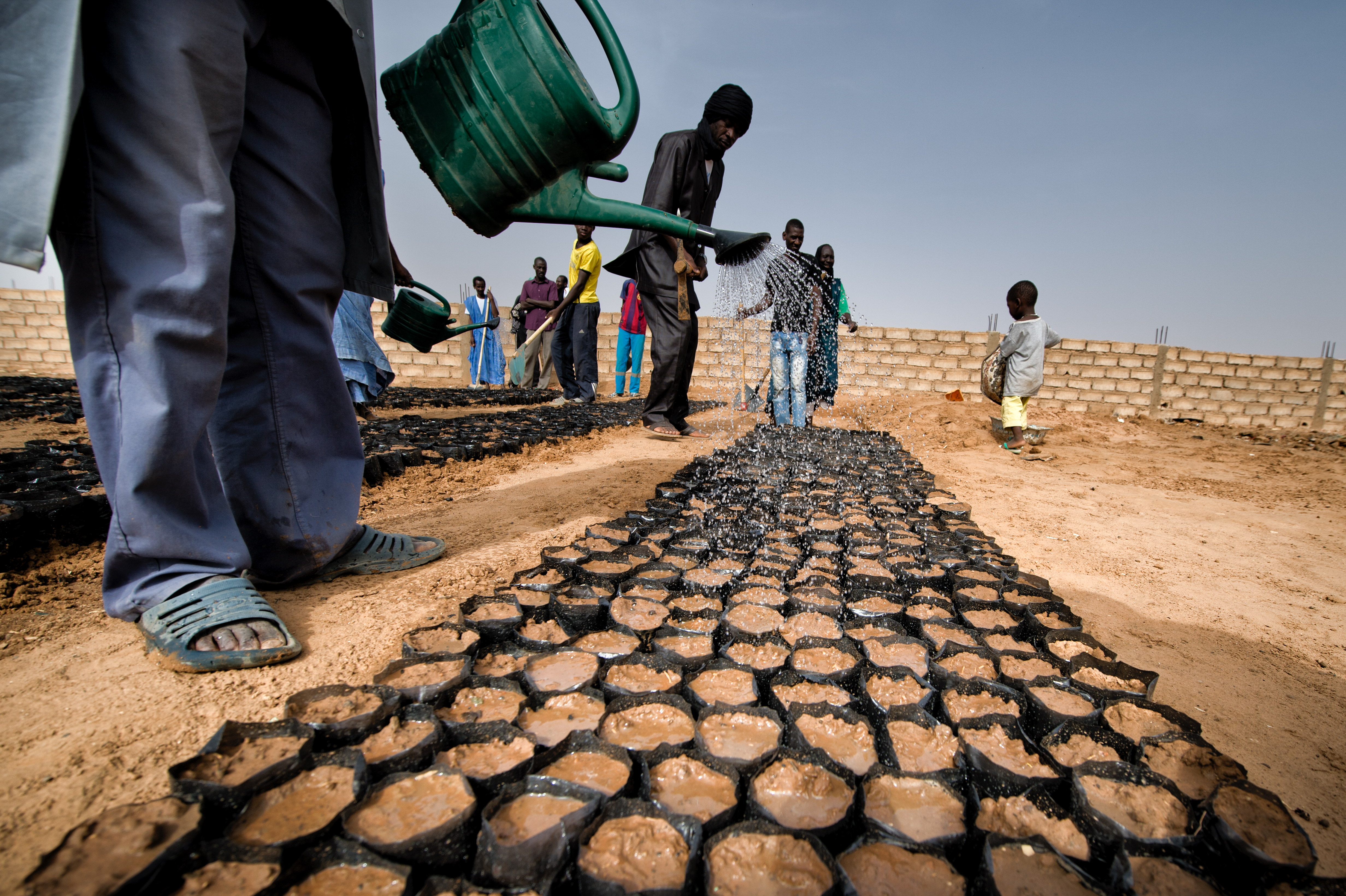 Farmers in Mauritania working to build the resiliency of the land.

Working with the government, WFP is helping farmers in Mauritania protect their land from sand dune encroachment. Part of this process includes planting trees and shrubs with strong roots to stabilize the biology of the land. By keeping lands fertile, WFP hopes to reduce the occurrence of drought and desertification in Mauritania that leads to hunger.

These are just two examples of the hundreds of projects with similar purpose WFP is working on across the globe – projects that help reduce hunger by improving the environment.

This month, as we celebrate Earth Day, it’s important to remember that hunger does not exist in isolation. It’s a complex problem deeply connected to other key global issues today – including the increase of extreme weather events across the world. Learn more about the work WFP is doing to end hunger by nourishing the environment and creating a healthier planet for us all.