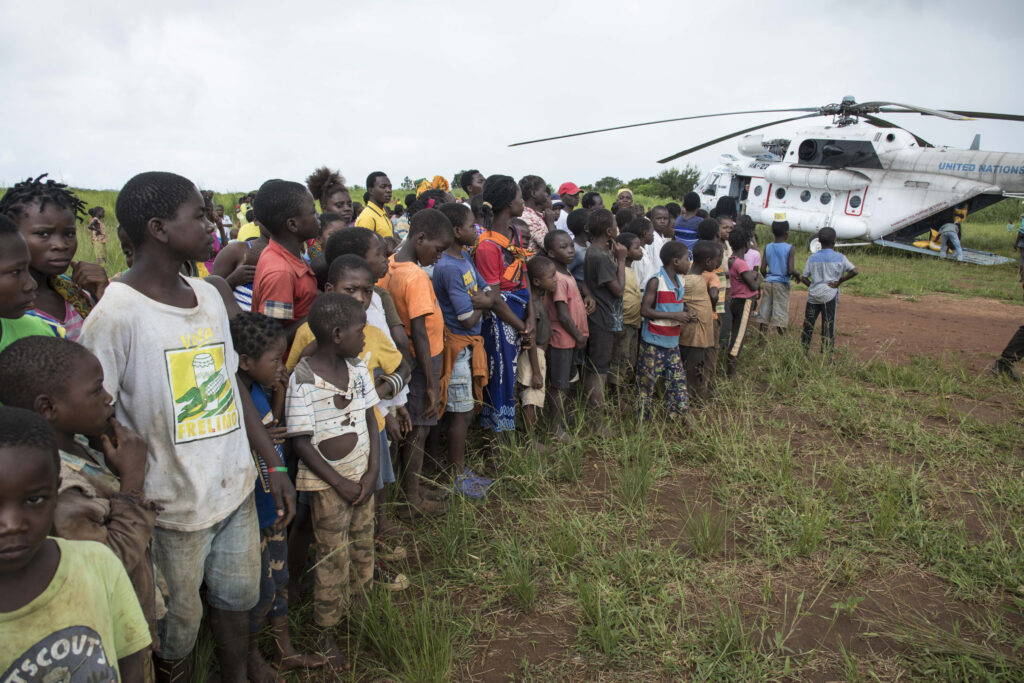 On the Front Lines of Disaster: WFP’s Emergency Response

A Category 4 cyclone, Kenneth’s torrential rains, wind and flooding has left 41 people dead and thousands more displaced and in desperate need of food and shelter. Nearly 35,000 buildings have been destroyed and infrastructure has been uprooted. Damage to bridges and roads have left some communities completely cut off from the lifesaving assistance they need.

“The area is already very vulnerable to food insecurity,” World Food Programme (WFP) spokesperson Herve Verhoosel said. Before the storm, northern Mozambique suffered from chronic malnutrition rates of 53 percent – a rate that now is likely to rise. Women and children are especially vulnerable at these times, at increased risk of malnutrition, hunger and gender-based violence.

Despite the logistical challenges – including ongoing threats of flash floods, landslides and rains – WFP is doing whatever it takes to reach people in urgent need. Its work began even before the cyclone hit. 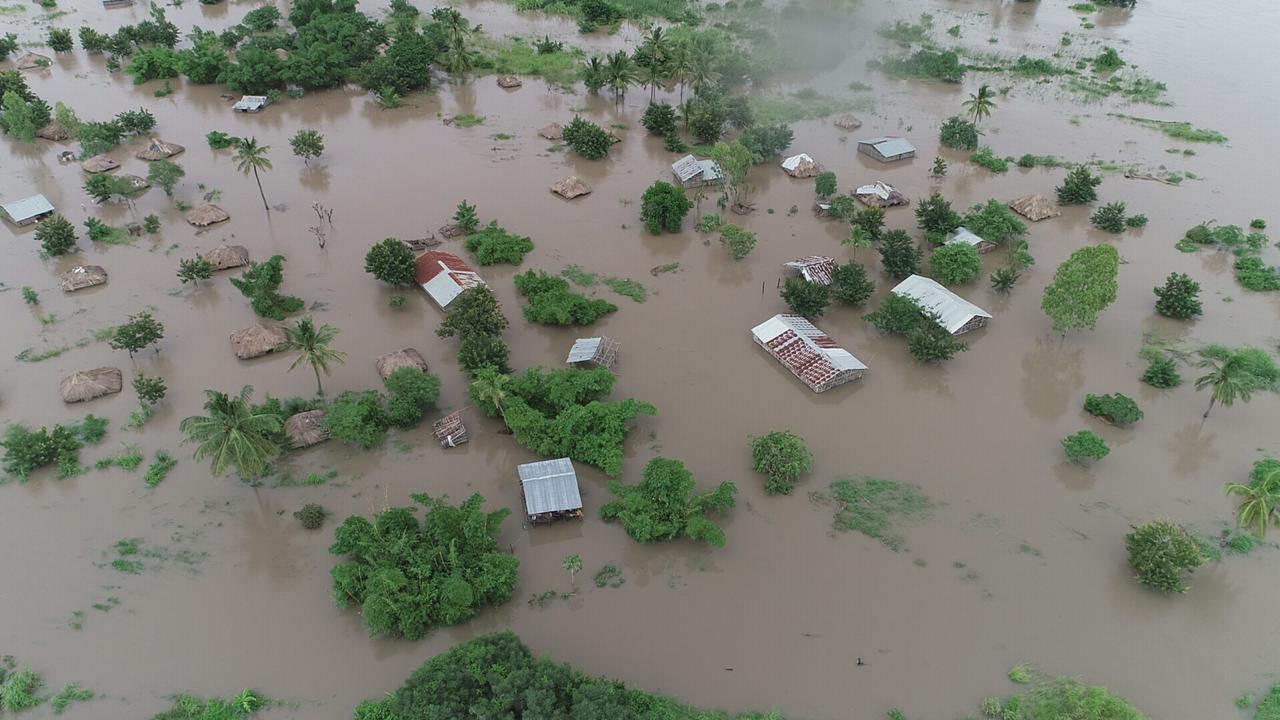 Disaster Preparation Before the Storm

In preparation for Cyclone Kenneth, WFP strategically pre-positioned stocks and 622 tons of food — including maize, beans, peas, vegetable oil, salt and a fortified cereal mix — for distribution in and around Pemba, the region’s capital. WFP also brought high-energy biscuits and ready-to-use foods for first-aid assistance. 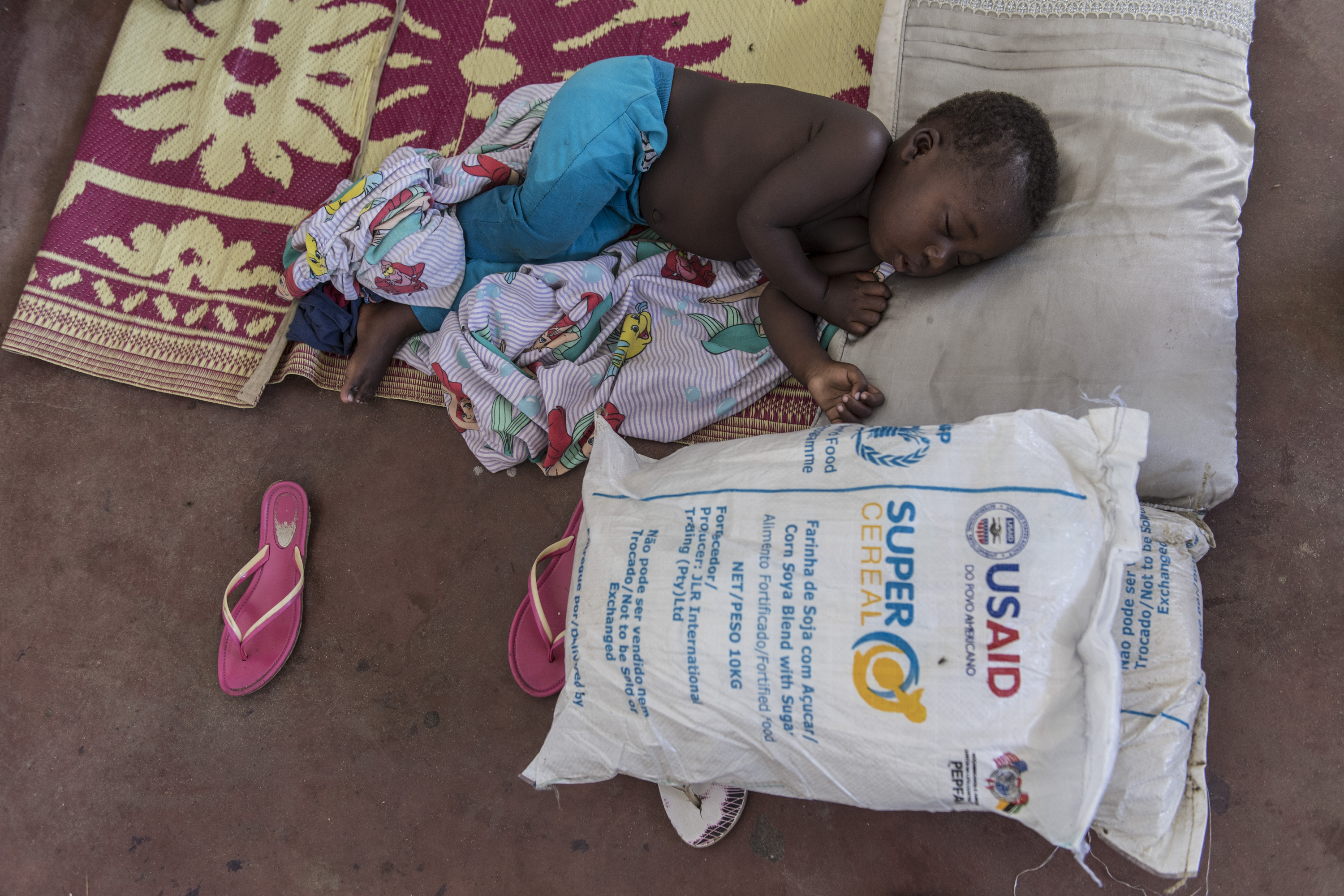 First 48 Hours After the Storm

In the first 48 hours following Cyclones Idai and Kenneth, WFP was one of the first humanitarian organizations on the ground distributing food assistance to people in need. It immediately sent its team of emergency response experts – including telecommunications, supply chain and management personnel –to assess the damage and create an action plan.

In all emergencies, WFP works with governments and partner agencies to develop a plan to respond effectively, efficiently and immediately after disaster strikes.

Within the first 72 hours, WFP scaled its response and gained access to isolated areas in urgent need. On Tuesday – a few days after Cyclone Kenneth hit, a break in the rains allowed WFP to get critical food and supplies on a flight for the first time, for delivery to the hard-hit district of Quissanga.

In the weeks and months following the storms, WFP will be doing whatever it takes to deliver the food so desperately needed. By collaborating with government, NGO and UN partners, the humanitarian agency is already mobilizing for widespread response. Just a month after Cyclone Idai hit, WFP is already reaching 1 million people in Mozambique with lifesaving food. 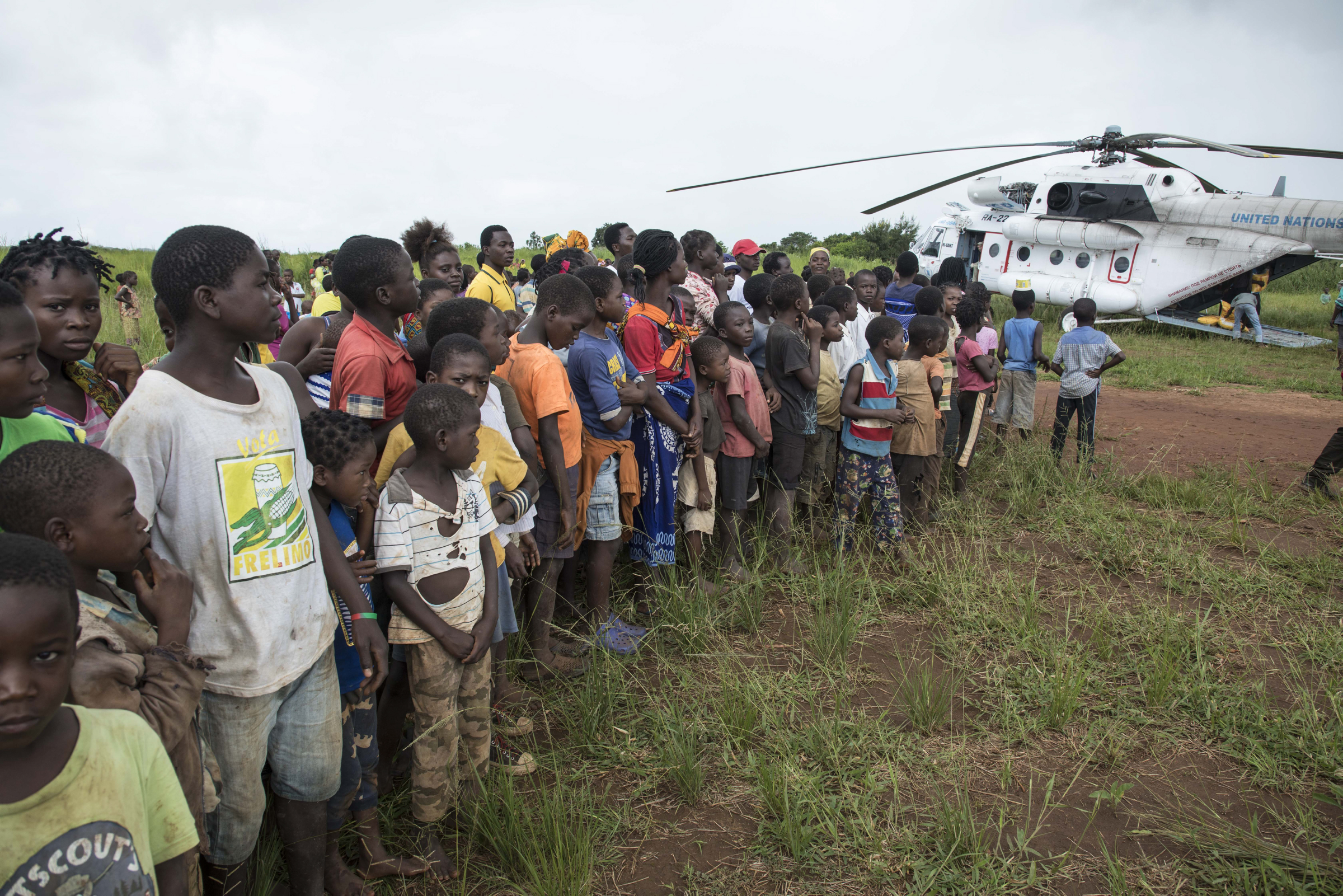 WFP’s response to Cyclones Idai and Kenneth – and any emergency – continues long after the rains subside, and immediate needs have been met. The humanitarian agency provides long-term support to help survivors rebuild the livelihoods they lost. For example, many farmers in Mozambique lost their entire harvests – food they needed to survive for the next year. WFP will help them feed their families until they are able to get back on their feet. 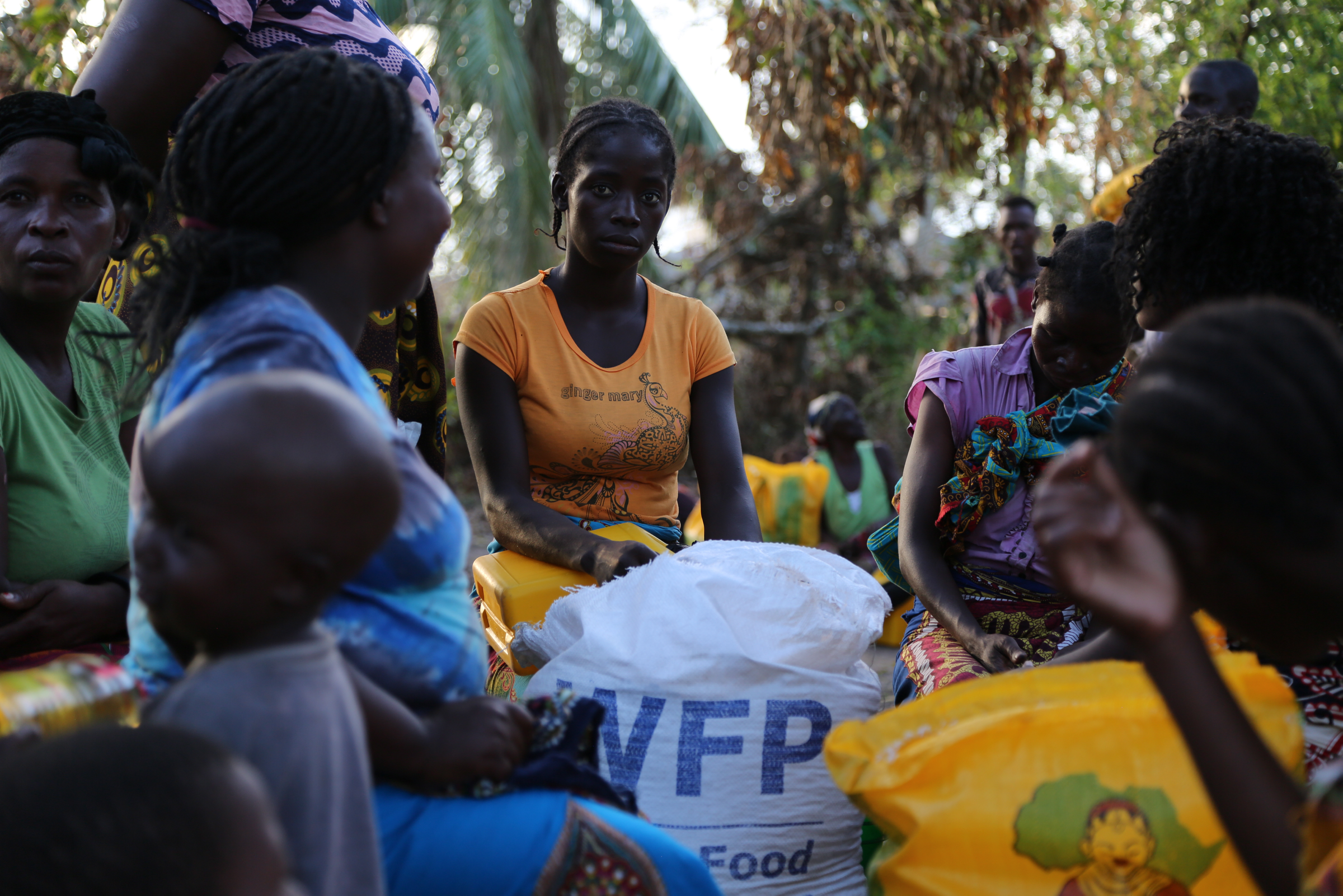 A Legacy of First Response

WFP’s rapid response is possible because it has decades of expert experience dealing with disaster. For more than 60 years, the agency has been first on the ground in emergencies. WFP is a leader in its field, coordinating closely with partner agencies to ensure that together we effectively and efficiently reach the world’s most vulnerable in time of crisis. 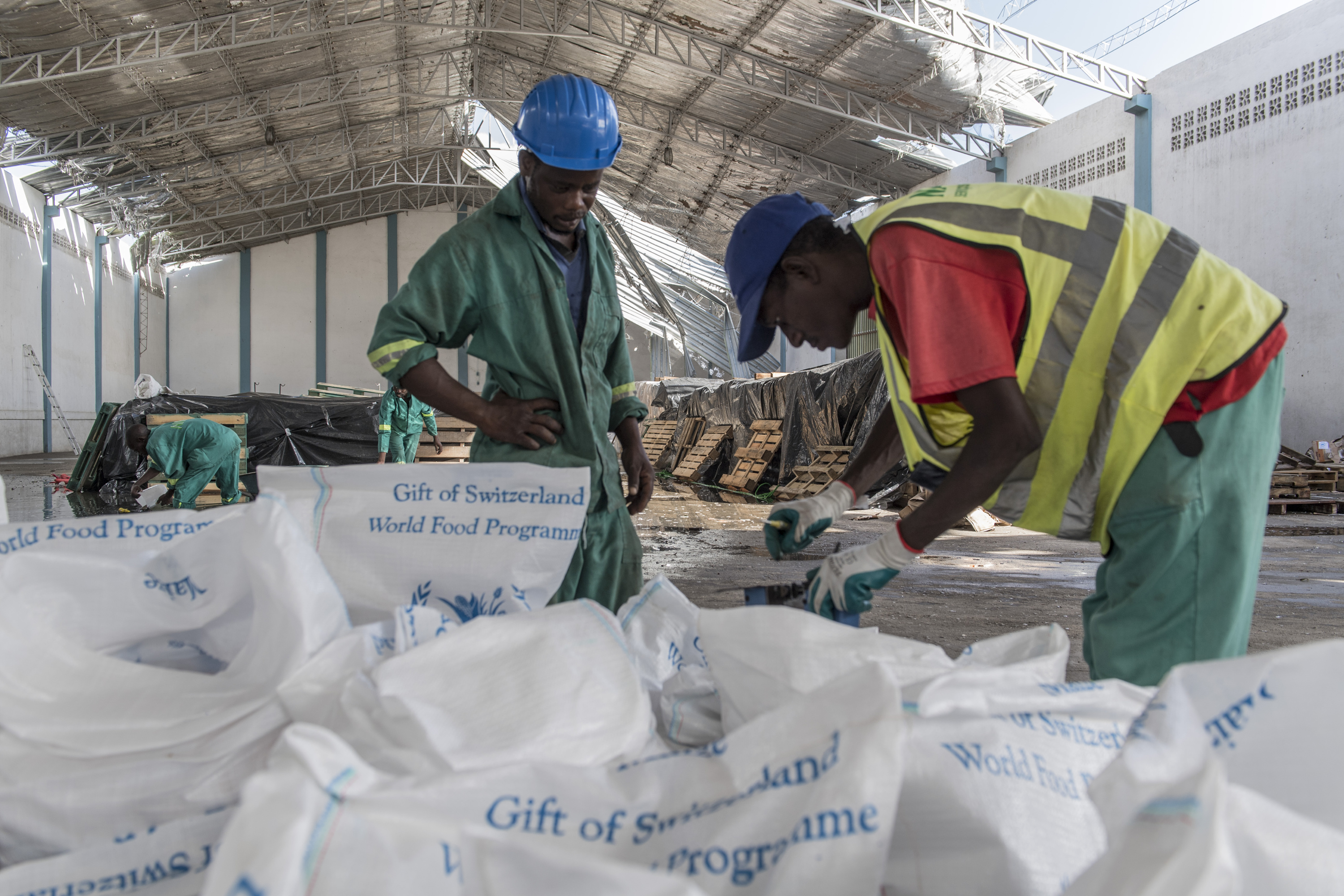 Our partners play a critical role in helping WFP respond in times of disaster. For years, they’ve been providing dedicated support through our Emergency Relief Fund – a groundbreaking solution that enables donors to provide lifesaving logistics and food needs to the people who need it most at the onset of disaster or emergency.

The fund truly enables our partners to save and change lives. And when you contribute, we’ll show you how your donation matters – by keeping you updated on recovery and resilience-building efforts. 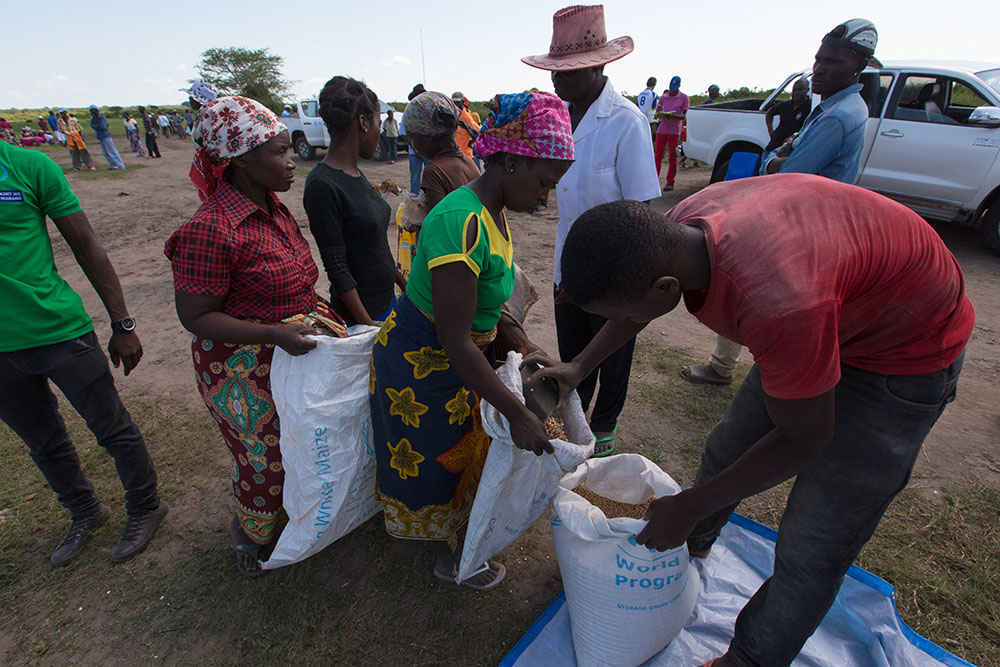 Right now, thousands of people are still in urgent need of help in Mozambique and other countries affected by Cyclone Kenneth and Idai. Help us deliver lifesaving assistance immediately where and when it matters most.

Learn more and donate to our Emergency Relief Fund today.