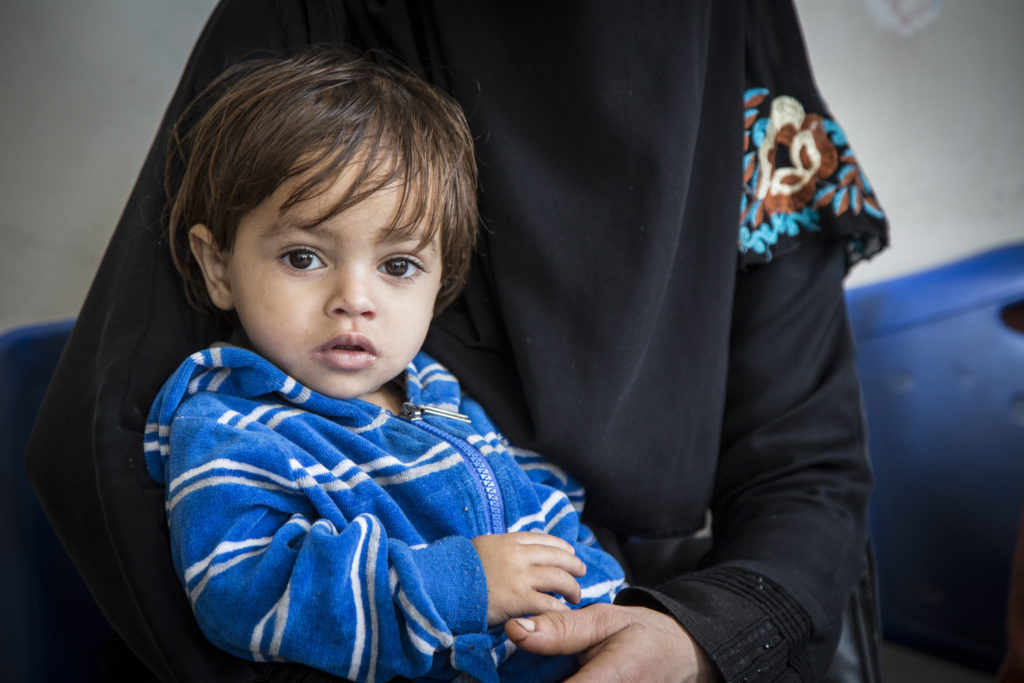 Clutched Under Arms & Carried Over Mountains, These Are the Everyday Stories of Yemen’s Children

Safia sits in a hospital in Hajjah, one of the areas of Yemen most stricken by hunger. She is holding her 18-month-old baby Mouaid in her arms. This is not her first time here. Several weeks ago, her 4-year-old daughter Worood — meaning “Flowers” in English — became severely malnourished. Safia brought her to the hospital where she recovered enough to be discharged. But a few days after coming home, Worood relapsed and died. 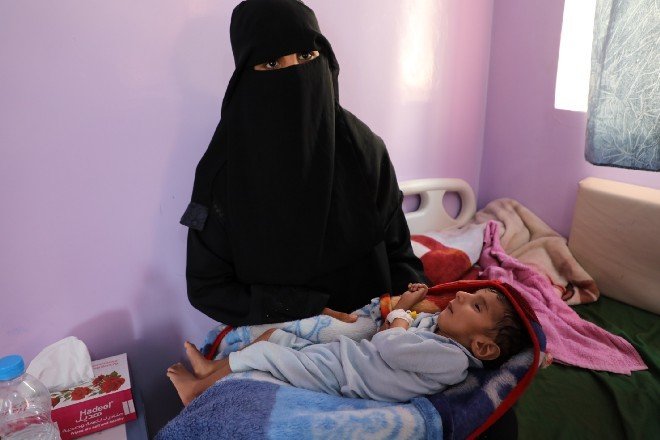 Safia holds her 18-month-old son, Mouaid, who is suffering from starvation.

In Yemen these days, one sees rivers of terrified, black-robed women clutching their starving children. They shuttle back and forth across front lines to reach hospitals in ripped apart, barricaded, besieged cities like Hodeidah. They lay next to them in small rural clinics, exhausted from crossing mountains. They carry their loved ones back and forth between life and death, like Orpheus of Greek mythology as he travels to the underworld to retrieve his beloved Eurydice , only to have her slip back away into the darkness. The despair of love lost forever.

These are times when hunger and conflict feed upon each other in a viscous witches’ brew that nourishes arms dealers and men with broken ideologies while poisoning children and mothers. In the face of this, we at the World Food Programme (WFP) try to use food as a force for peace in the midst of war.

Camera in hand, I travel frequently to battle-torn places like northeastern Nigeria, the Democratic Republic of Congo, South Sudan and Yemen, trying to bring the stories of people living there to those who can help them — maybe even you.

Over the years, first as a journalist and for almost as long with WFP, I have felt guilt for being able to travel and meet desperate, forgotten people in the darkest corners of the earth, and then leave. What gives me the right to peer into these people’s hell and then be allowed to return to my comfortable life? What’s worse, I sometimes worry that I have heard the same tragic stories so many times, in so many places, that they wash over me. If I can’t feel the pain and despair of the people we are trying to help, then how on earth can I get you to care? So I lie awake nights, tormented by the shame of not crying. 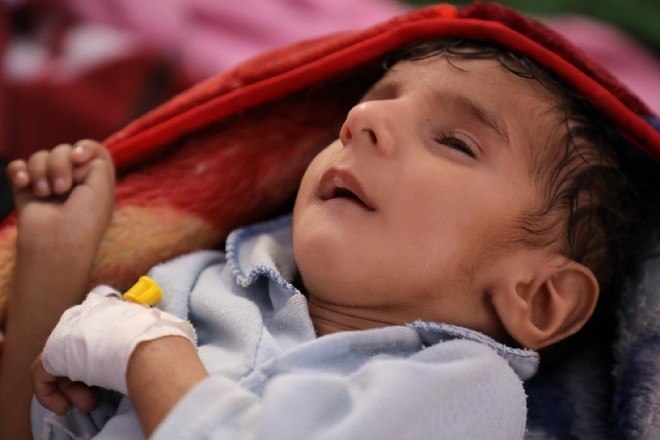 A generation lost to hunger: Mouaid lost his older sister to malnutrition and is now fighting for his life.

Back in the hospital, Safia is living a mother’s worst nightmare over again as she holds on to Mouaid, now facing the same fate as his sister. Her voice trembles as she cradles him in her arms, terrorized that her last child might slip away. As the nurse explains this to me, I’m overwhelmed by despair. I stop filming and look into her face, covered by a niqab but for her eyes. I try to reach out across the void that separates us — to connect, to empathize, to share her pain, to feel something from her. They say the eyes are the windows to the soul, but I get nothing. Just emptiness.

Four years of war have left half of Yemen’s children stunted. Stunting affects a child’s growth and brain development irreversibly. This next generation — the one Yemen will depend on to rebuild — is condemned to be unproductive. A generation lost to hunger in a country that can’t afford to lose the little it has left. 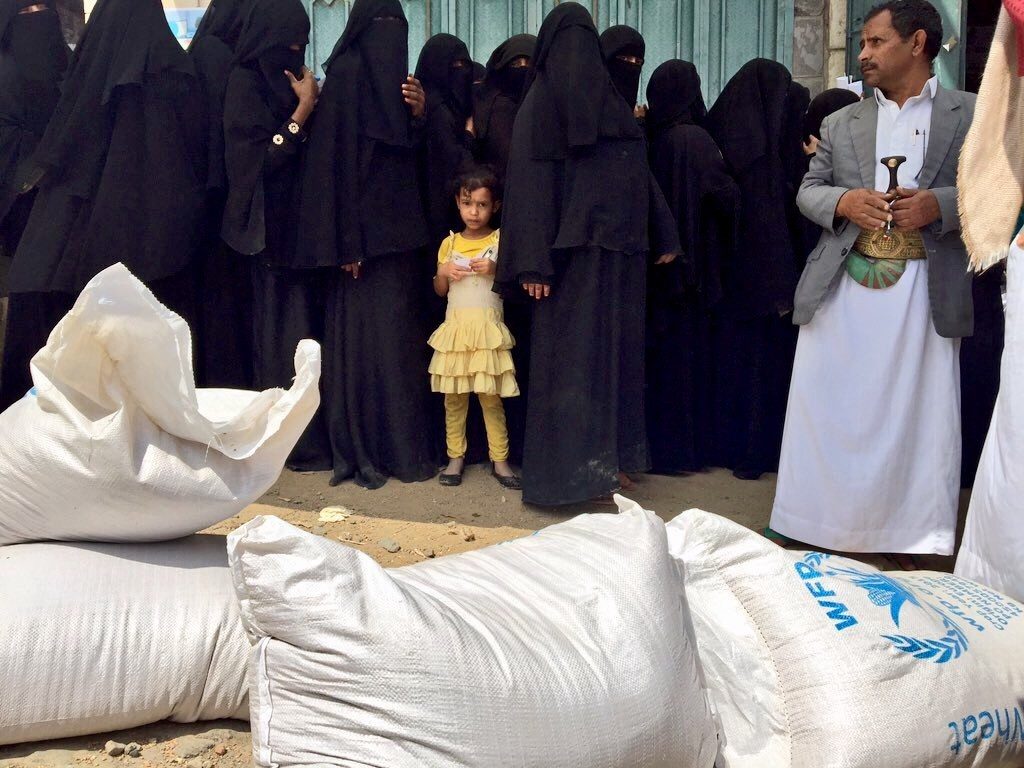 And still, the dream endures.

Nadine, whose family fled the fighting in the besieged port city of Hodeidah, is now living up in the mountains near Hajjah. She misses her classmates from back home, now spread across the country and she misses the beach.

When I ask her what she wants to be when she grows up, her answer is “a doctor”. Every single Yemeni child I have asked this question has said the same. To heal and rebuild despite the odds — Stubbornly holding on to hope, bravely resisting Orpheus’ wretched fate.