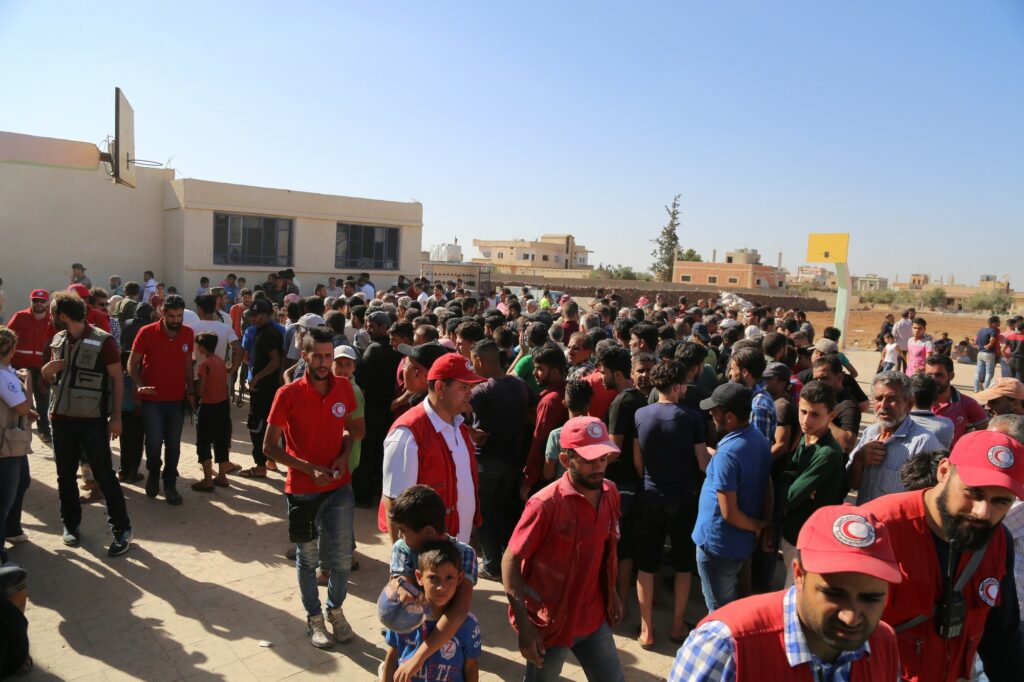 The numbers are staggering.

In the first four months of 2018, more than 920,000 people across Syria were reportedly displaced from their homes—the highest level since the civil war started in 2011.

“We had to run during the shelling and the destruction,” said Nidal, a Syrian man who fled towards Jordan with his family and one of six million Syrians across the country now trying to make ends meet away from the comforts of home.

One in three people like Nidal in southwestern Syria has fled their homes since the launch of a Syrian government offense to regain opposition-held areas. Estimates now suggest up to 325,000 people have escaped through the desert to the Jordanian border or west to areas bordering the Golan Heights to escape the violence.

Many rushed to save themselves before the bombing began, some fleeing with nothing but the clothes on their backs as warplanes and helicopters hovered in the skies. Villages nearby transformed into ghost towns.

When the first group of people came south more than one month ago, WFP was the only organization in the area able to immediately respond and provide assistance.

“WFP acted quickly to assist the thousands of people displaced in the south who are in desperate need,” said Corinne Fleischer, WFP’s Country Director in Syria. “We’re ready to scale up to reach more vulnerable families through cross-border deliveries or from inside Syria if supply routes open.”

The humanitarian agency has responded with emergency food assistance for over 200,000 people in southwestern Syria including monthly food rations, ready-to-eat rations for a family of five for five days and nutrition supplies. This was only possible thanks to people like you who supported cross-border deliveries from Jordan that allowed WFP to reach hungry families in Quneitra and Dara’a governorates. 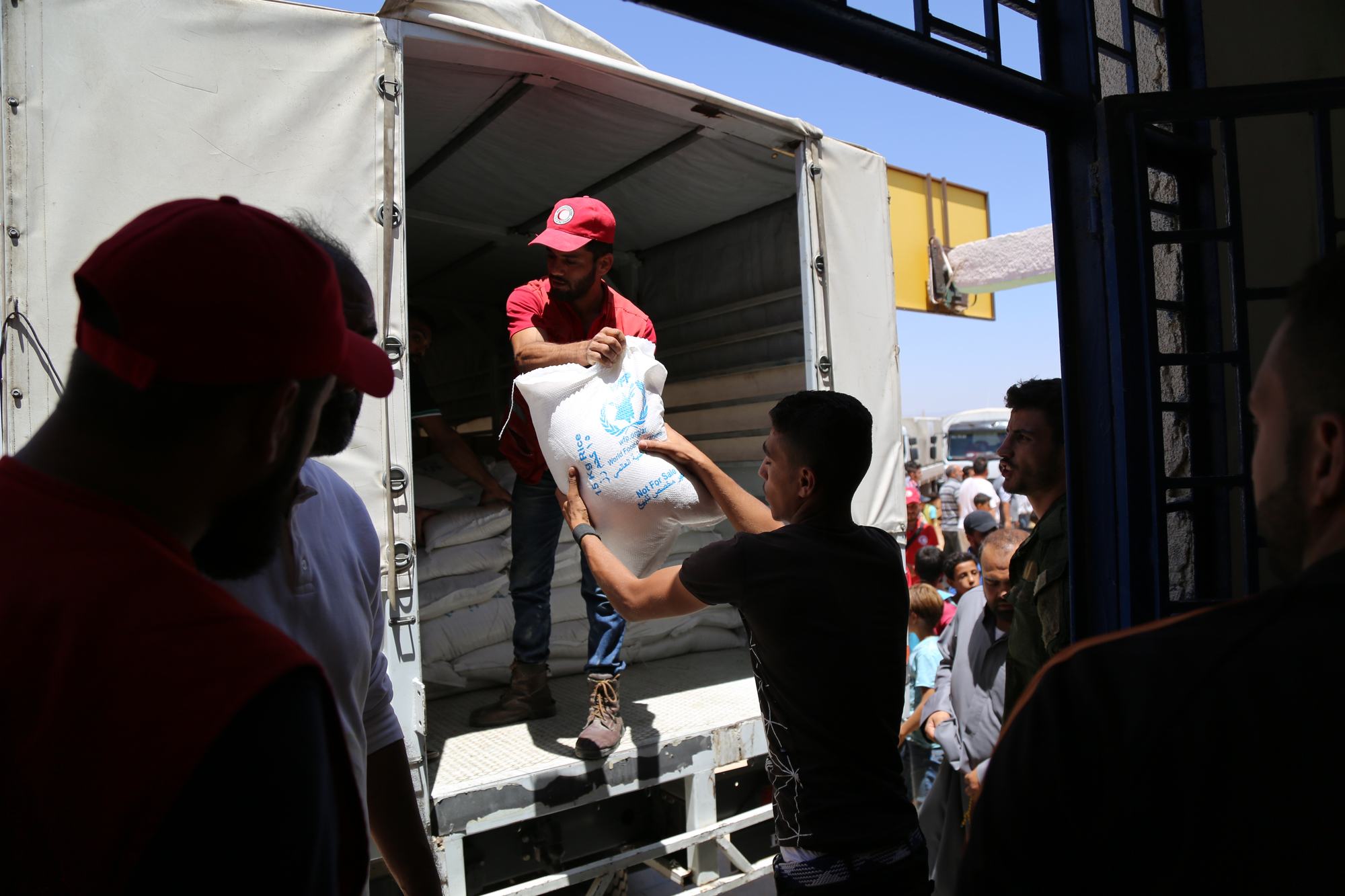 WFP and staff with the Syrian Arab Red Crescent deliver food to hungry people in Sawaa in Dara’a province.

In northwest Syria, the security situation is also problematic. Intense conflict in Idlib has forced thousands of people to seek refuge in safer areas away from their homes. WFP is continuing to dispatch food assistance into areas where no one else can go, including 36 locations across besieged or hard-to-reach areas in rural Damascus, Damascus, Deir Ezzor, Homs, Aleppo and Ar- Raqqa governorates. Overall, WFP dispatched food assistance for 3 million people in all 14 Syrian governorates last month with the help of more than 50 cooperating partners, achieving 100 percent of its target.

WFP needs consistent and reliable funding to plan and maintain the vital lifeline of food assistance on which millions of Syrians depend. Some 6.5 million people in Syria don’t have reliable access to a sufficient amount of food to thrive. Another four million people are at risk of becoming so, twice as many as last year.