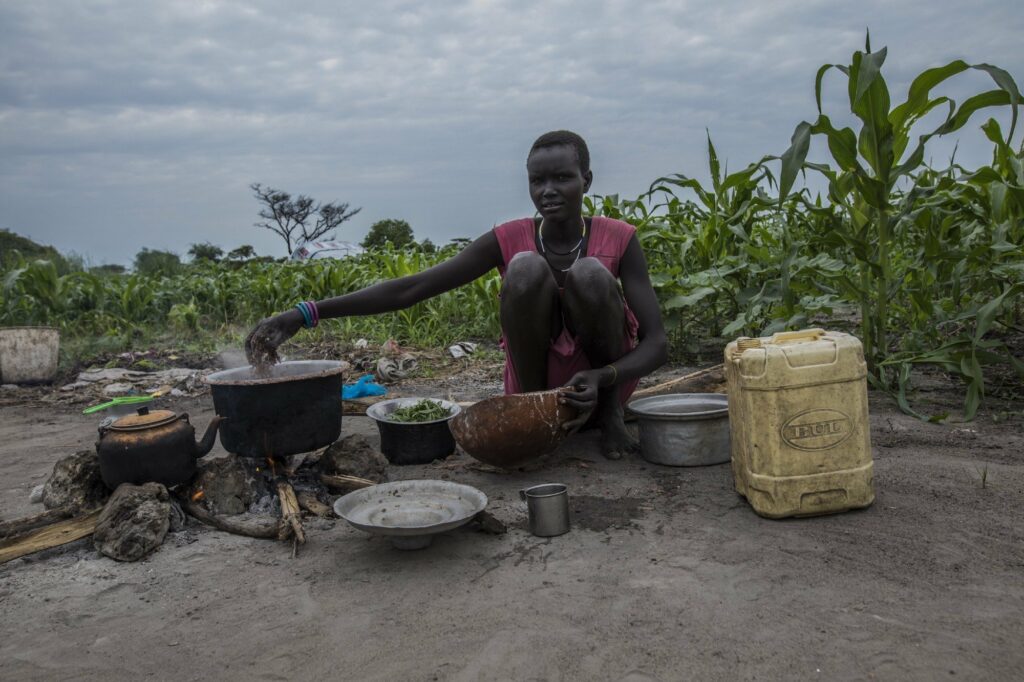 Nyagiech Deng Kuol, a 36-year-old mother of three, is not celebrating the birthday of her home country.

Born away from home and raised as a refugee, she has lived most of her life on the margins of society. She is raising her family in a rural outpost in South Sudan, accessible only by helicopter or smaller aircraft. Despite her circumstance, she is defiant—enrolling her children at a nearby school to give them the best possible chance at a brighter future.

“What’s there to celebrate?” she asks from the town of Jiech, away from her home of Wau. “What am I doing here?”

Nyagiech is one of the more than seven million people in South Sudan trying to survive the hunger season—the time of year when food from the previous year’s harvest runs out.

A collapsing economy has pushed food prices skyward as conflict continues to displace families from their homes and plots of land. Many like Nyagiech still live in fear seven years after a peace deal ended more than two decades of war between the north and the south of the former Sudan.

New data shows that tens of thousands stand on the brink of famine, which is why the conflict is considered one of the world’s worst man-made humanitarian crises. Almost 2.5 million people have fled to neighboring countries while roughly two million people are displaced inside South Sudan’s borders.

Absent additional humanitarian assistance and a cessation of hostilities in areas like Akobo in Jonglei state, the food security situation could deteriorate even further.

“Of greatest concern is the former Unity State,” says Adnan Khan, WFP’s Country Director in South Sudan. “Armed clashes in Leer, Koch and Mayendit counties have resulted in mass displacements of populations [and] undermined people’s capacity to cope and feed their families.” 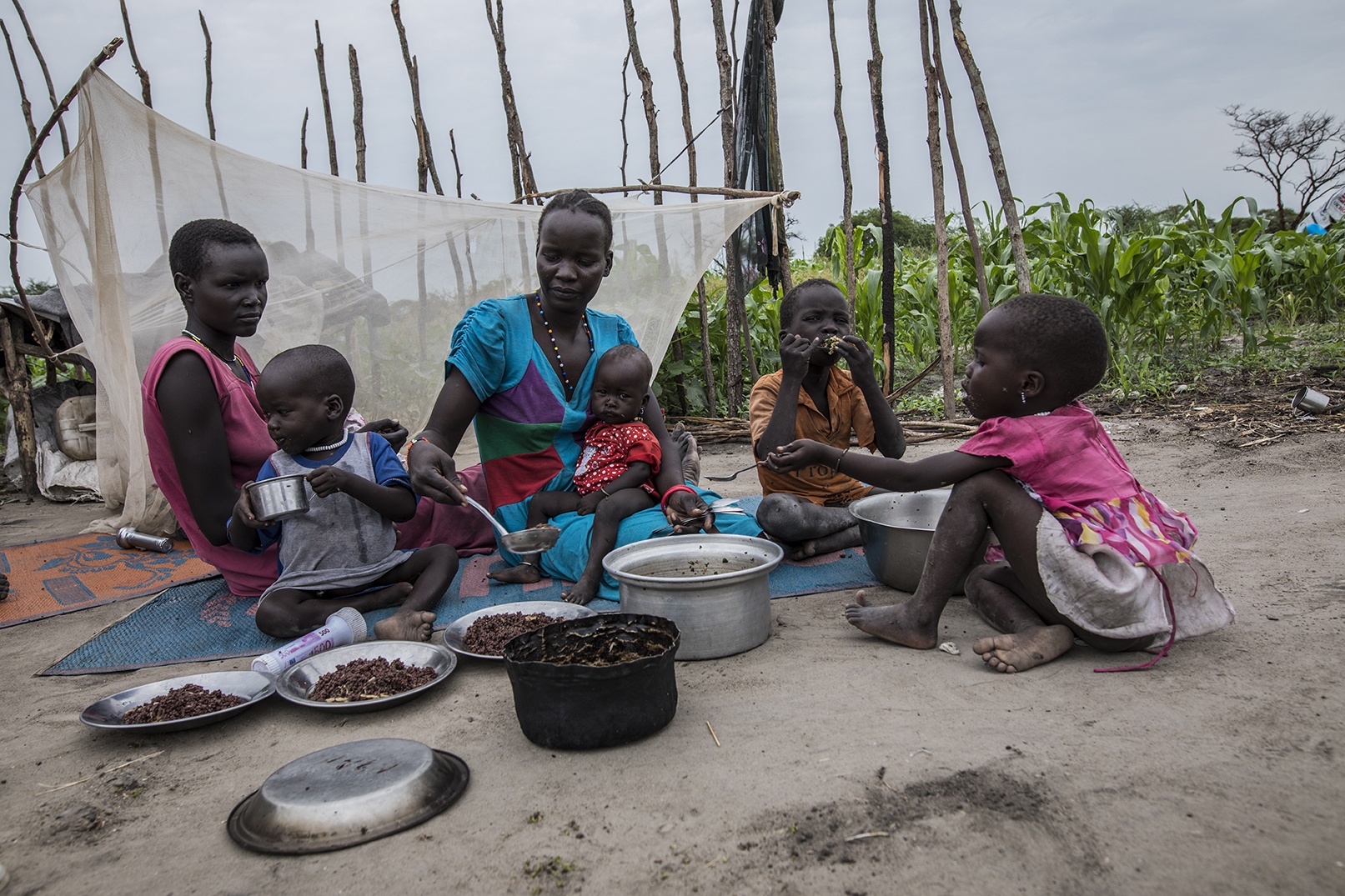 To push back hunger, WFP is scaling up its food assistance while trying to regain access to areas under fire once it is safe to do so. The humanitarian agency aims to reach up to 4.8 million hungry people—an 84 percent increase from May—by the end of this month with lifesaving emergency food supplies, food for school meals, and specialized assistance for the prevention and treatment of malnutrition in children, as well as pregnant and nursing women. In areas indirectly affected by the conflict, WFP provides food in return for work to construct and rehabilitate community assets to improve longer-term resilience.

Consistent and reliable support in previous months helped WFP purchase and pre-position 124,000 metric tons of food ahead of the rainy season including cereals, vegetable oil and beans in 50 warehouses across South Sudan — the highest stock since 2000.

It’s a lifesaving efficiency that is helping WFP continue to deliver food to people in need even though the rainy season, which started last month, has cut access to 60 percent of the country.

“We are committed to defeating hunger in South Sudan by using every means possible,” Khan says.

Save Lives By Giving Food

Your support helps WFP deliver lifesaving food to the most vulnerable people around the world.