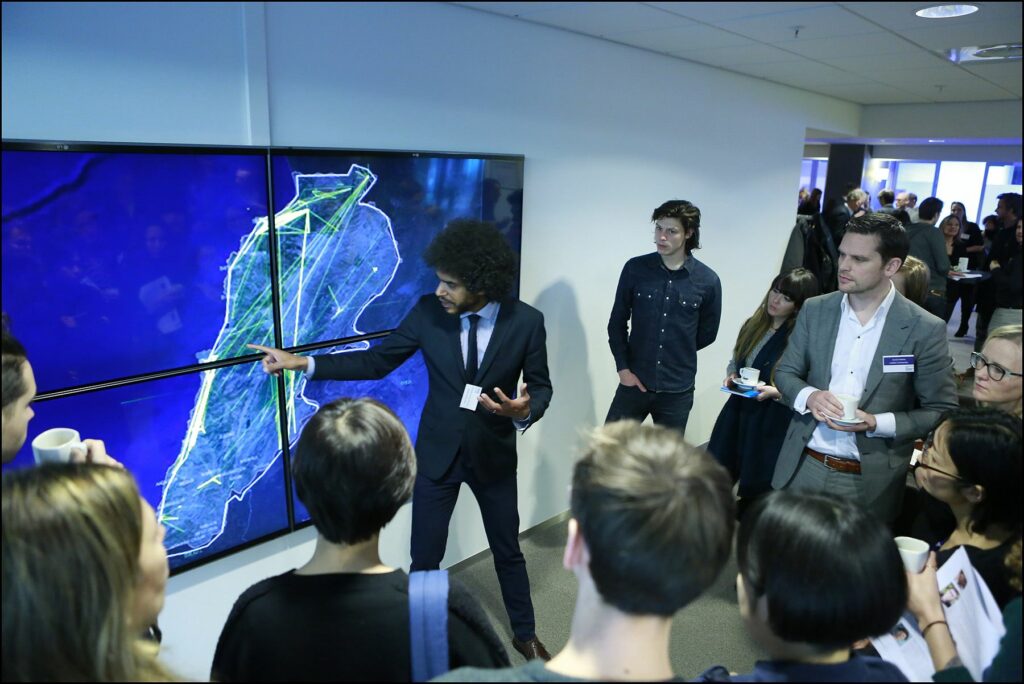 World Food Programme (WFP) staffer Jean-Martin Bauer still remembers the day mobile phones first came to the country of Niger: “It was in September 2001, and all of a sudden you’d see wealthier people with these big, bright blue phones.”

As an aid worker stationed in West Africa, Bauer spent 12 years watching these phones spread to the region’s most remote villages in Senegal and Mauritania. At the same time, he watched his colleagues struggle to gather food data using door-to-door surveys from households in the field, some of which could only be reached via camel. His revelation? Why not use mobile phones instead.

On our latest Hacking Hunger podcast, WFP USA’s M.J. Altman talks to Jean-Martin Bauer, founder of the World Food Programme’s mobile Vulnerability Analysis and Mapping (mVAM) unit, about how mobile phones in the hardest-to-reach corners of our world are changing how we understand and fight hunger.

BELOW ARE A FEW EXCERPTS:

On how a single mobile phone call helped alleviate suffering in Iraq:

“What we did was we set up a network of people who would provide info to WFP about food prices in the country.

The system told us very quickly that there was a big problem in the city of Haditha in Anbar. We were told a single bag of wheat cost $800, which is an eye-watering amount for a 100-pound bag of wheat.

That was an immediate signal to WFP that something was very wrong in that place, and our country director in Baghdad was able to bring that information to the UN system and the agencies organized a convoy to Haditha that had enough food to feed 15,000 people for a month.”

On how mVAM takes into account gender disparities in different countries where mobile phone use and ownership is low among women:

“That’s the most interesting part of the work we do – to understand how tech intersects with social norms in places like Niger or South Sudan. Because it’s easy to make big mistakes if we get that wrong.

We rely a lot on the expertise of our colleagues in the field. What we’ve done so far in that area is try to design an approach that is friendly to women: For example, by making sure that women are the operators placing the phone calls. We’ve asked for providers to have women on staff and some countries we have only women placing phone calls. We know that by doing that we’ll have more women responding to the call. That’s one easy way of doing it.

We do voice instead of doing Short Message Service (SMS) in a country like Niger where unfortunately women have a very low literacy rate. By doing voice calls instead of SMS, we favor their participation. We’ve tried calling at times when women are more available, we make more call attempts to reach women. It’s been a process where we need to understand how to reach out and make sure that women are there and able to answer a call.”

On how mVAM shares the data it collects with the communities it serves as well as the larger humanitarian community:

“We need to share the data that we collect or else that’s the open door to duplication and a lot of other problems. We think the data is very valuable and deserves to be shared.

It’s available on our website. We have a data bank, anyone can go to the data bank and download data on food consumption, coping strategies, food prices that we collect through mVAM.

That means the data reach is the widest possible group. Of course we need to be careful with data responsibility. We’re mindful that data is sensitive, we never share individual records, we share aggregate data. Those aggregates are enough to estimate whether to describe the food security status of a specific community. It’s coming at the right pace, it’s from the right countries, and having the open data approach allows us to leverage all those benefits.”

Click here to listen to this podcast. Search for and subscribe to “Hacking Hunger” on iTunes, Stitcher, Soundcloud, and TuneIn Radio.