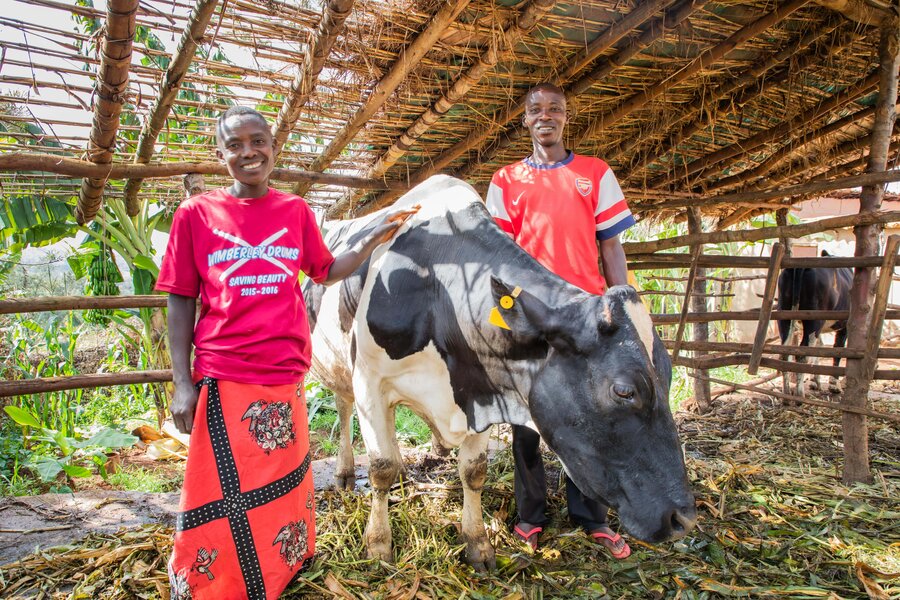 “May you have cows and children”: How Project Amata Fights Malnutrition in Burundi with Milk and Cheese

For National Cheese Day, we’re sharing the story of Isaac and Bernadette — two dairy farmers in Burundi whose story shows the importance of milk and cheese in curbing malnutrition.

“The house I have, it came from milk production,” says Isaac, a dairy farmer in Bugendana, in Burundi’s central Gitega province. “When I had no cow, I was living in poverty.”

The livelihoods of Isaac and his wife Bernadette depend upon their cows and the milk they produce. And that milk also helps support other households in the community. “Those with small children sometimes come to us,” says Isaac, “and ask for half a liter, or a liter, for their baby.”

Bernadette and Isaac are among the dairy farmers supported by Project Amata.

In East Africa, Burundi is currently the country that consumes the lowest amount of milk — around two cups a month per person. It’s rarely available and, when it is, it’s a luxury.

Building on the success of Project Leche in Honduras, the United Nations World Food Programme (WFP) and Kerry Group, the global taste and nutrition company, are empowering small-scale farmers like Isaac and Bernadette through Project Amata, which launched in January (amata is the word for milk in Kirundi, the national language of Burundi).

Working closely with farmers, milk collection centers, and others, the project is providing much-needed equipment and training in the key areas of livestock management and milk production — from how best to feed and tend to cattle, to milk processing and distribution. 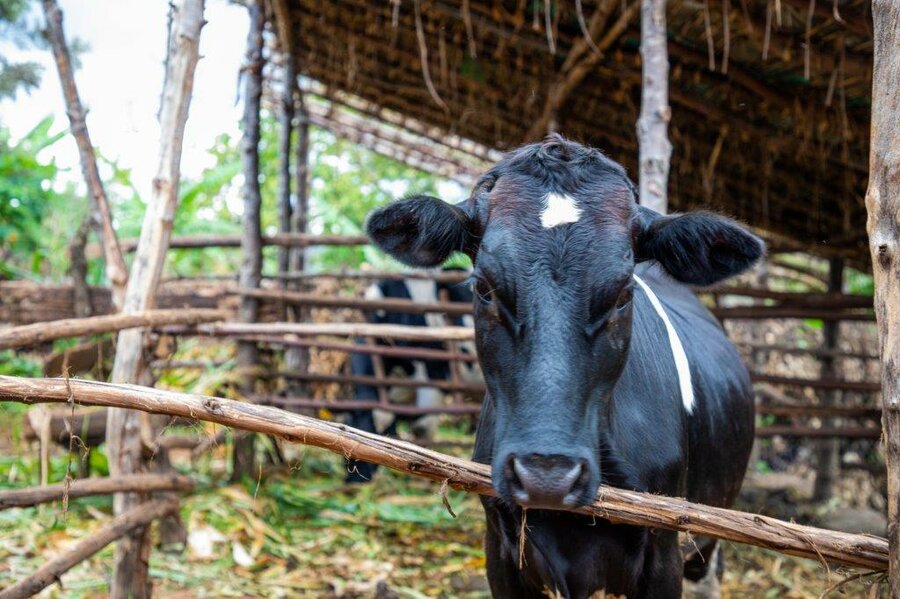 “May you have cows and children,” is a common blessing in Burundi. Cows, with their milk, butter and cheese, offer a lifeline for the most vulnerable and provide the nutrition and income people need to raise – and feed – their families.

But in a country with the second-lowest GDP in the world, nutrition and income are often lacking. Today, chronic malnutrition affects over half of Burundi’s 11 million people, and many live below the poverty line.

The impacts are devastating, particularly on the young. Malnourished children are more vulnerable to infections, while their performance at school is seriously undermined.

Too valuable to be a luxury 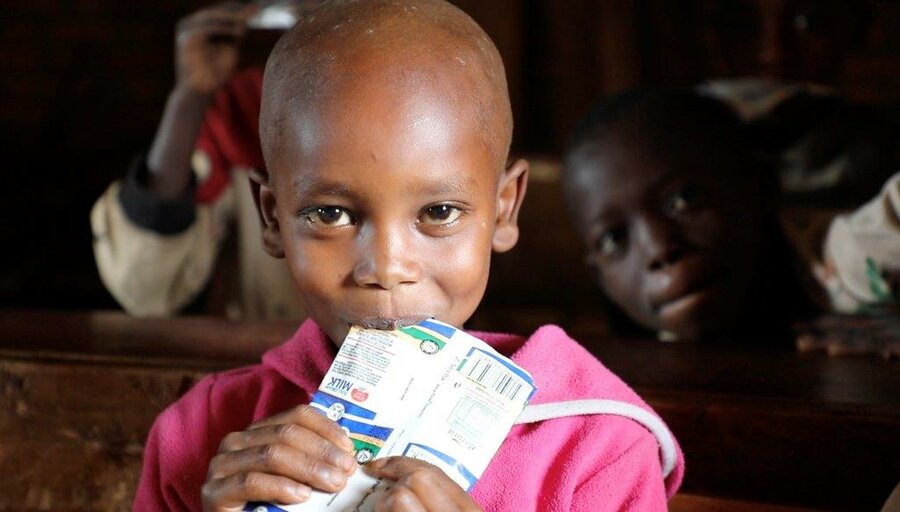 The availability of milk and meals in schools increases attendance rates.

The U.N. World Food Programme assists more than a million people across the country, half of them schoolchildren. However, needs are huge and there are still “many students who do not eat in the morning, before coming to school,” says Liberté Bigabwa, director of an elementary school in Bugendana. “When they don’t have food or milk here at school, it becomes a problem for us to keep them focused.” 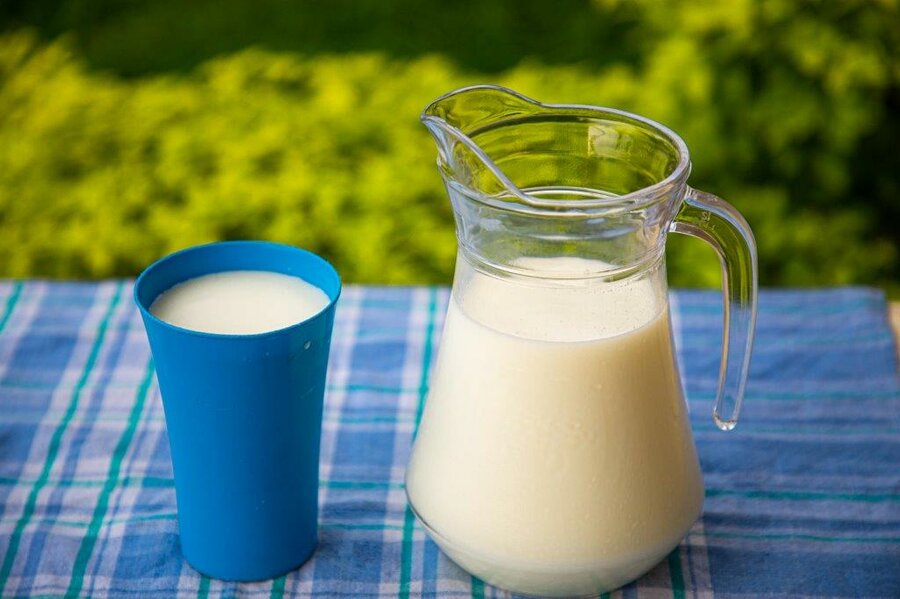 Milk is one of few sources of animal protein available to children in Burundi.

Milk is one of the few sources of animal protein available to children in Burundi. It also helps combat stunting, a cruel condition linked to malnutrition that limits their physical and cognitive development. That’s why Project Amata, building on previous U.N. World Food Programme projects, will also engage schools and local communities by making milk more accessible for thousands of students and raising awareness about its importance in curbing malnutrition.

Life on a small-scale dairy farm is tough. Isaac and Bernadette wake up before dawn every day to tend to their cows. Work is hard, but challenges often arise from a lack of tools and expertise, rather than the long hours.

This is particularly true when it comes to hygiene: at times, despite their best efforts, their milk doesn’t meet the required hygiene standards, and milk collectors can refuse to buy it. This means lower income for Isaac and Bernadette, and less milk available to those who need it. 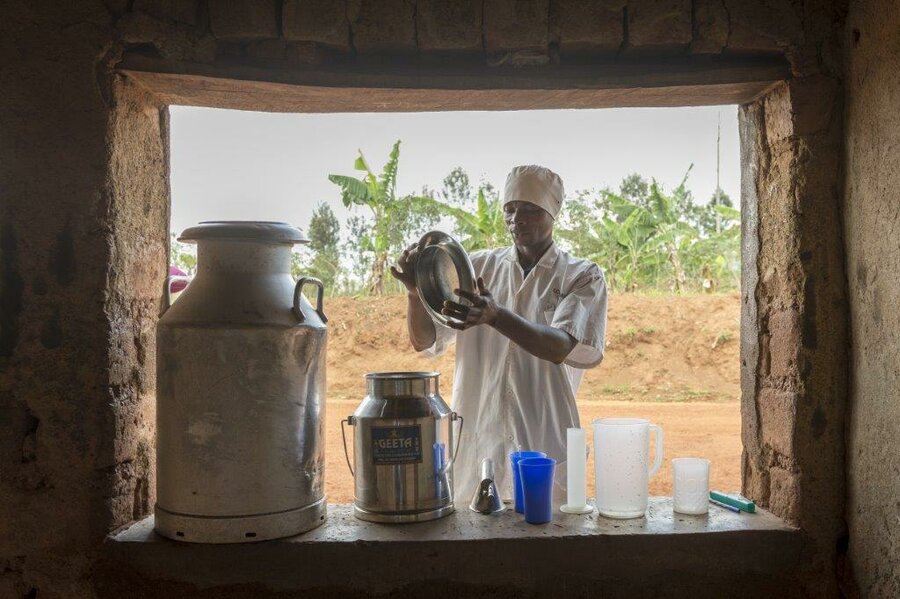 Project Amata is providing training for dairy inspectors across the Gitega province.

But there are other difficulties, too. Unlike thousands of farmers in Burundi, Isaac and Bernadette have yet to receive support and training from the U.N. World Food Programme, and they simply don’t have the means to increase production. These include more — and better quality — fodder for the cows, as well as storage space to get them through the dry season.

“We need to learn the techniques to feed cows throughout the year,” says Isaac. That’s precisely the kind of knowledge the project is seeking to equip 1,000 farmers with — including Isaac and Bernadette. And Kerry, by sharing its dairy, nutrition and processing capabilities, is the perfect partner for the challenge.

Project Amata will work to identify — and supply —  equipment for farmers and collectors to process and transport milk safely, building strategically on previous U.N. World Food Programme and partners’ milk projects in Burundi.

How to address these challenges is a complex question — but one thing’s for sure: milk and dairy farms like Isaac and Bernadette’s are part of the answer.

Supporting those in need — together 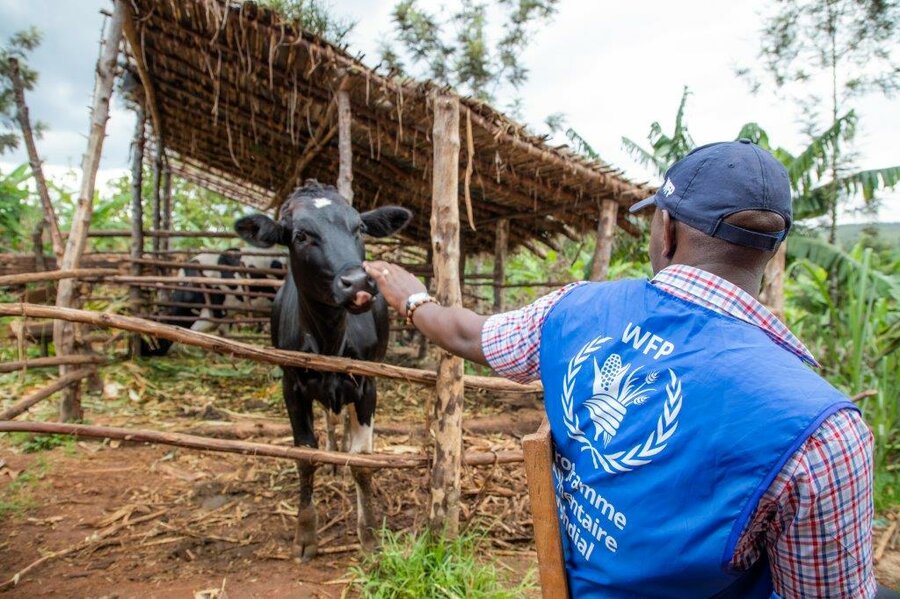 Small-scale farmers produce most of the world’s food.

“We are delighted to be able to share our dairy, processing and nutrition expertise on Project Amata. This is an example of how Kerry, the U.N. World Food Programme, and local agencies can work together towards achieving Sustainable Development Goal 2: Zero Hunger. It also provides a further concrete example of our Better for Society social impact program in action, helping to improve the health and nutrition of people in need,” says Edmond Scanlon, Kerry Group CEO.

Find out more about WFP’s work in Burundi.