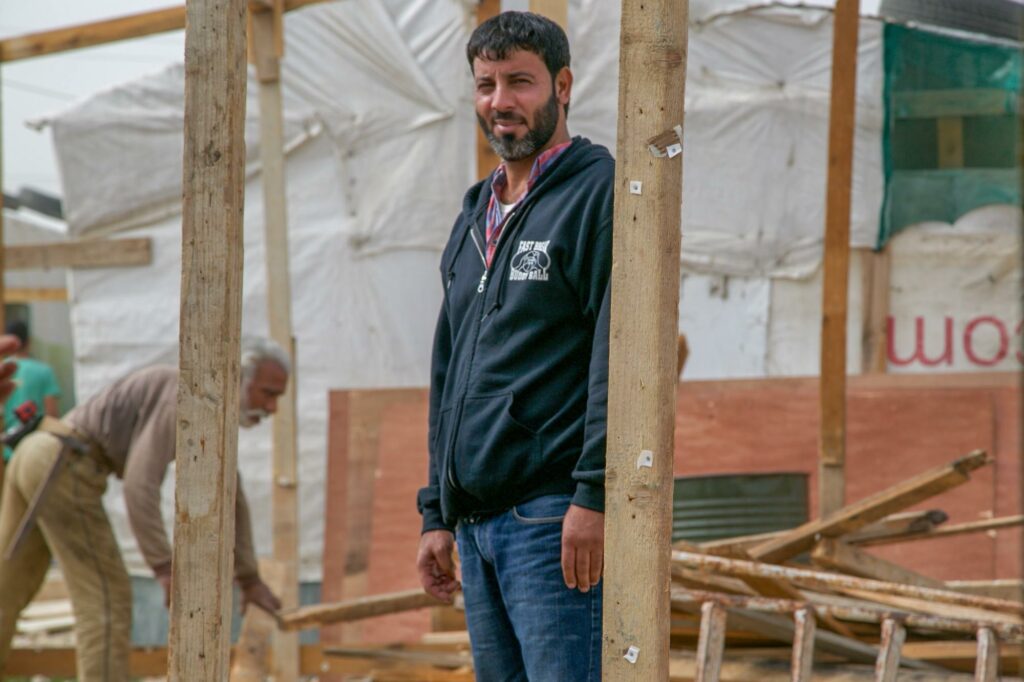 Rebuilding a Life in Lebanon

Hussein, a seasoned construction worker, built an oasis. It was on this rooftop in Damascus that he and his son, Mohamed, would gaze up at the night sky. One night, however, their peaceful view became violent as a barrage of missiles fell nearby. Mohamed was traumatized. They were not safe. So that night, Hussein’s family fled Syria – leaving behind everything they had – in search of safer ground.

Hussein’s family lost everything that night. But this is not the end of their story. Thanks to ZeroHunger Heroes like you, families fleeing conflict across the world have a chance to rebuild, just like Hussein is doing in Lebanon.

The family fled to Lebanon’s Bekaa Valley, where they now live. With his small cash savings, Hussein once again built his family a roof, this time for them to sleep under. Their home is small, but it provides the shelter they need, and Hussein wants to ensure his neighbors have the shelter they need as well.

When he first arrived in Bekaa Valley, there were only three other Syrian families nearby. Now, there are more than one hundred. When new families arrive, they need homes, and with Hussein’s expertise, he is just the man to help. Hussein has built homes for several families already.

“I see people stacking wood, but they don’t know how to build,” Hussein said. “Neighbors should help one another and I am happy to give a helping hand. This way, I can turn strangers into neighbors.”

Hussein’s and his family are able to help their neighbors rebuild because ZeroHunger Heroes like you help them meet their basic needs. 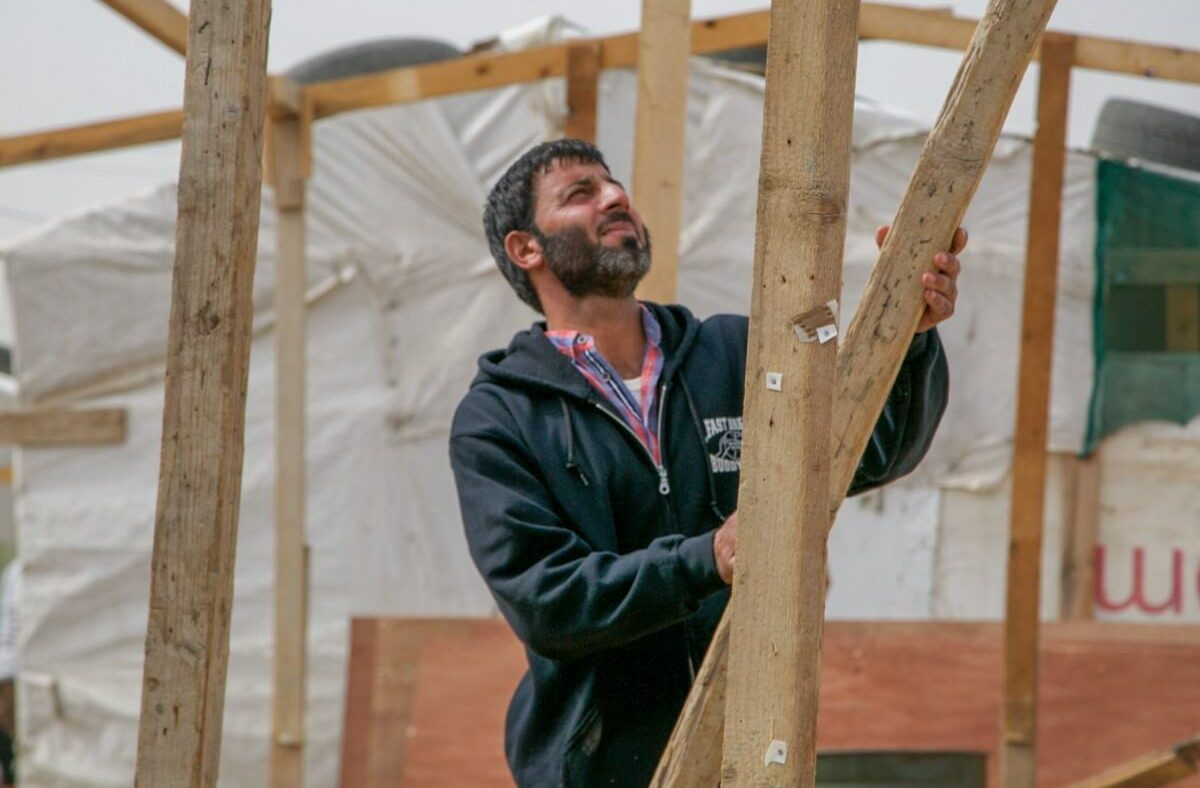 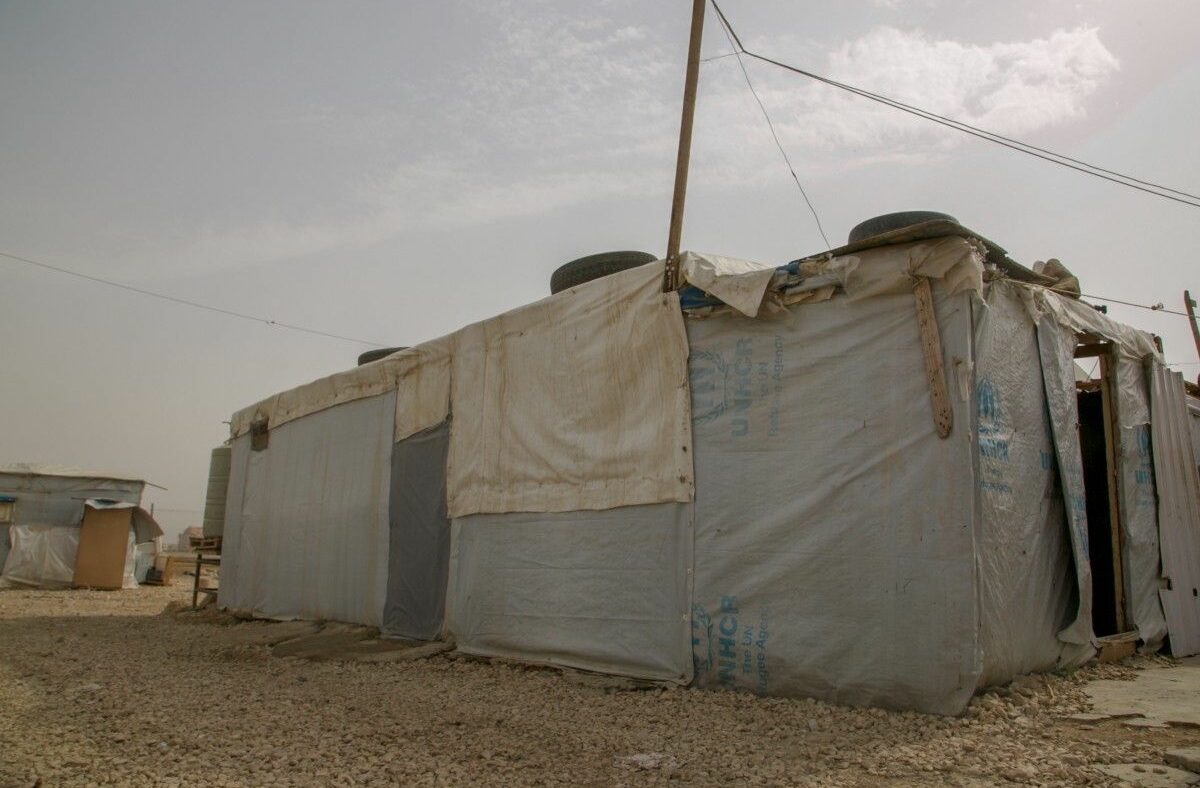 Besides a few extra dollars Hussein earns doing labor, the family has no stable income. Everything he earns goes to rent and electricity. They rely on food assistance from WFP to survive, which they receive in the form of an e-card.

WFP’s e-card allows Hussein and his wife, Samira, to purchase food at a local store. The card is loaded with cash, so families can shop and cook food like they did back home – buying fruits, vegetables, cheese and more. It provides a sense of normalcy for families whose entire lives have been uprooted by war.

Times have been tough for Hussein’s family. Traumatized, Mohamed hasn’t spoken since the night they fled, and they miss their home and livelihood. Still, they are grateful for what they have: Hussein can do labor he loves and help others and through the e-card, Samira can cook for her family. After losing everything, this means the world to them.

Your support of WFP has changed everything for families like Hussein’s across the world. In Lebanon, 700,000 people receive assistance through e-cards, which provides them stability, dignity and hope.

Together, we can continue to save lives and transform them as well.