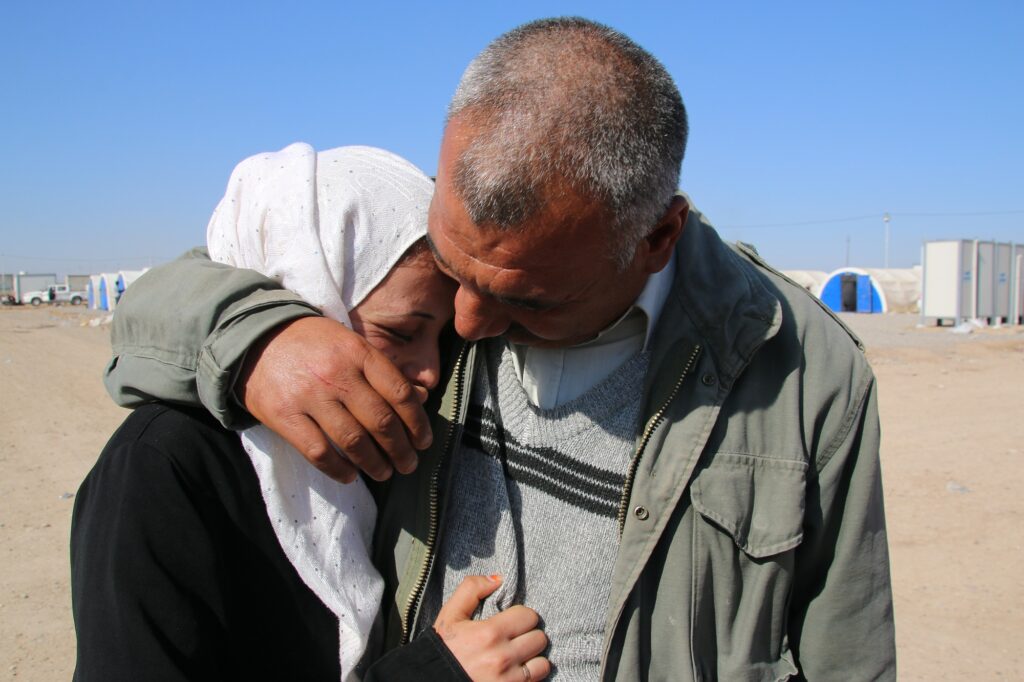 If you ask Alex Murdoch, a communications officer with the World Food Programme, what she has learned after spending the past three months talking to families living in displacement camps in Iraq, she will tell you something that may surprise you.

ALEX: “This family that I’ve met could be my family. It really could. I‘m invited in for a cup of tea and I actually feel as though I’ve sat down in my nan’s kitchen, in some ways. Having a conversation, sharing a laugh, then I have to remember that these people have been through something extremely tragic and if we weren’t  there sharing their stories then perhaps that particular story on that particular day might not be heard.”

After ISIS captured Mosul in 2014, violence and paranoia reigned — and food became scarce. Some managed to escape, but for two years more than a million people remained trapped in Iraq’s second-largest city with barely enough food to get by. Those fleeing took with them what they could, but many left behind some of their most important treasures — the people they loved. 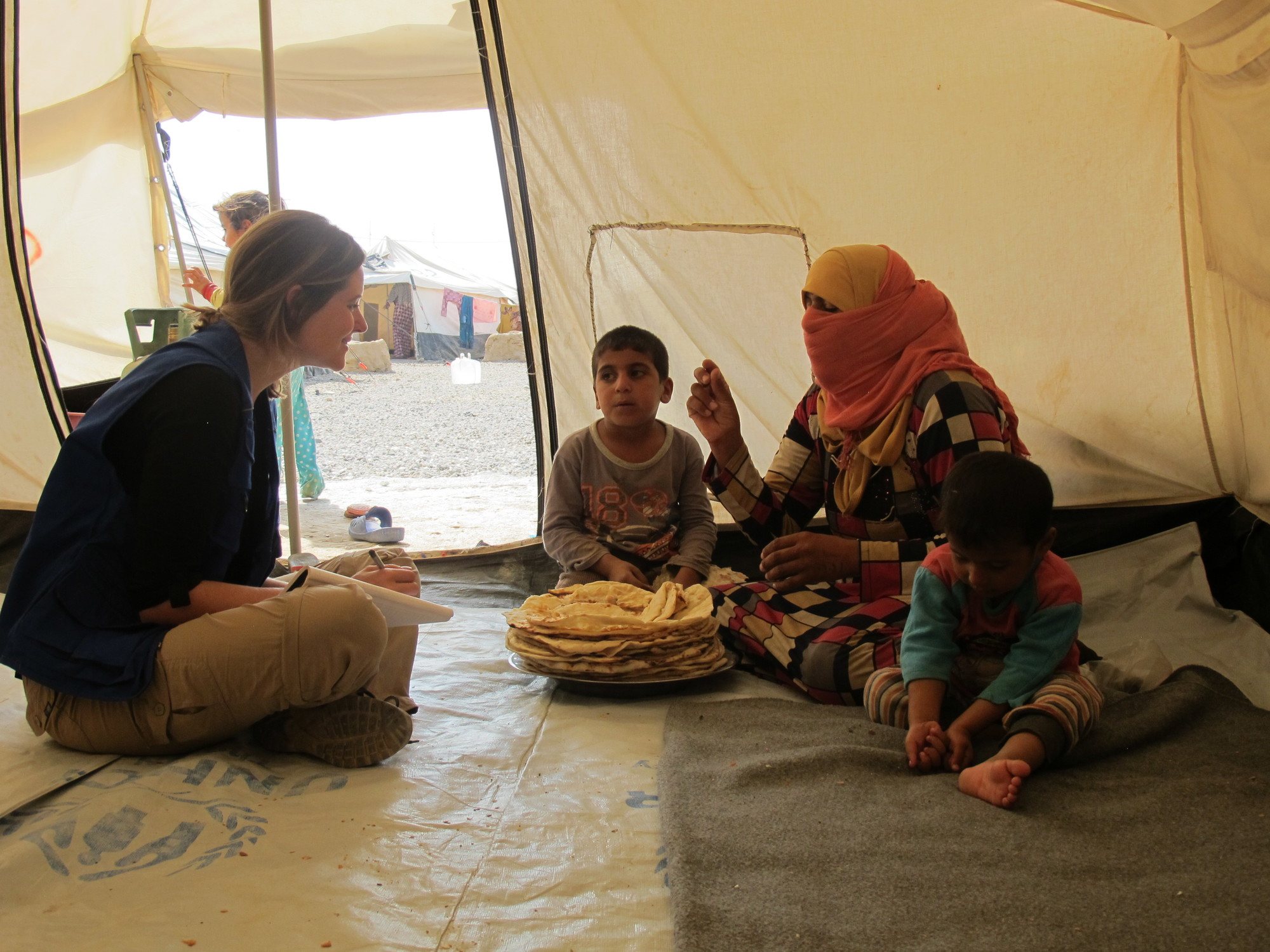 Alex Murdoch, a WFP communications officer, talks with a Iraqi family in a displacement camp.

A military offensive to reclaim the city has led to a mass exodus. Since October, more than 72,000 people have been displaced.

ALEX: “If you can just picture families coming in they’ve got bags and bags of belongings that they’re struggling with. Many women have kids that they’re trying to keep amused while they try and register to get a tent. At the same time, the WFP at that point is trying to provide them with ready to eat food boxes which contain just a few essentials to keep them going.”

The battle to reclaim Mosul has become the frontline of war and hunger in Iraq. Alex’s work has taken her from displacement camp to displacement camp, taking photos and sharing the stories of families searching for safety and food. From pain to joy, the range of the human emotion she has witnessed has given her a deeper appreciation for those whose lives have been touched by conflict.

Listen to the full episode below.

Alex recently visited a camp where she witnessed the emotional reunion of a father and his daughter.

They were separated shortly after ISIS took control of Mosul in 2014. When pathways into the city were blocked, they found themselves on opposite sides.

ALEX: “I think the thing that really got to me was that I asked how long it had been since he had seen her, expecting him to say it had been a couple of years, and he said, ‘It’s been 2 years, 2 months, and 7 days.’ And the precision with which he was able to tell me just showed how every single minute that they had been apart had been with him.” 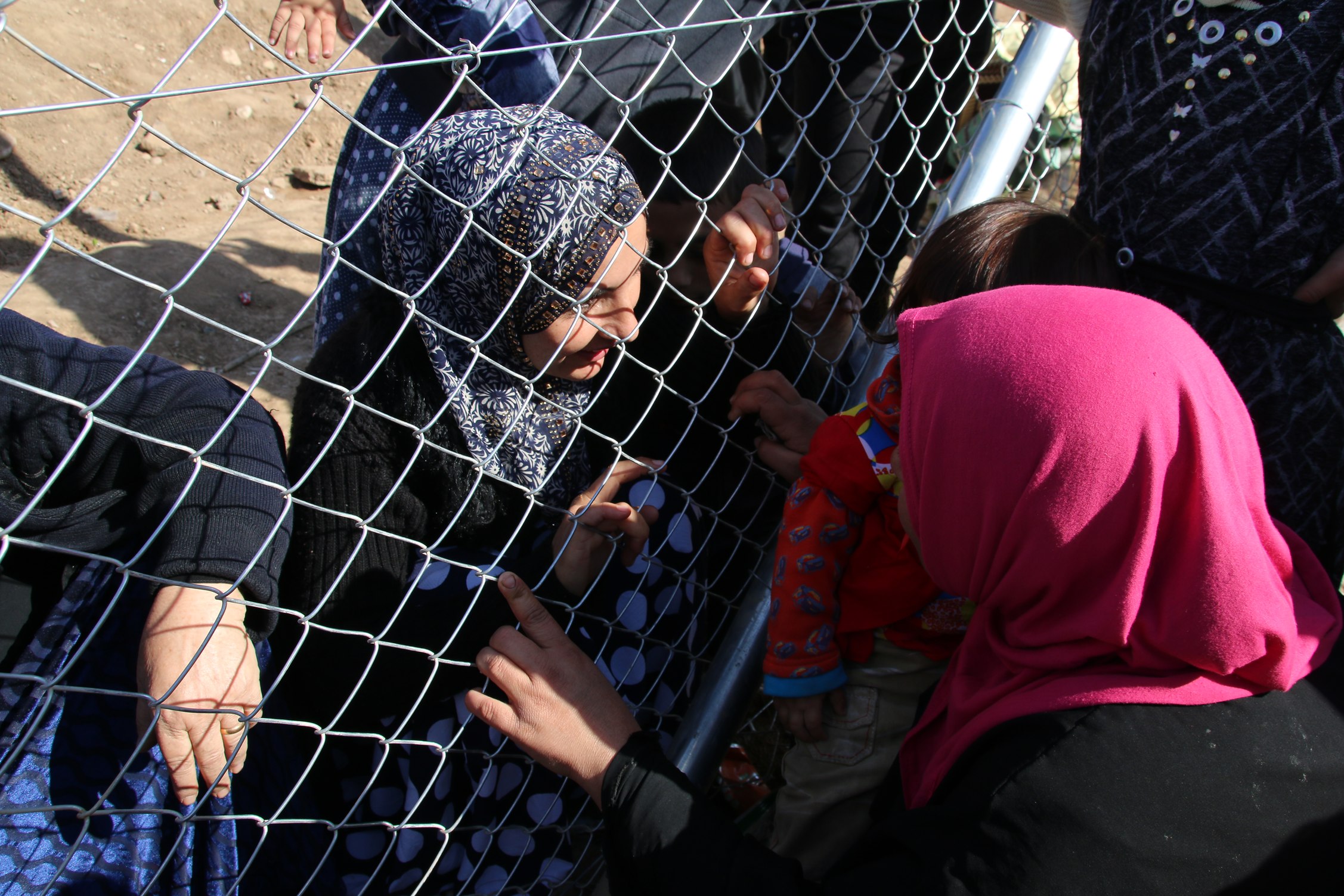 WFP/Alexandra Murdoch
Fatima meets with her sister through the fence at Hassan Sham camp for the first time in over two years.

So Close But So Far

For two sisters, surviving under the restrictive guidelines of ISIS rule meant not taking risks to leave their respective homes, though they lived only a stone’s throw away.

For years they didn’t see each other, although their families were very much connected.

ALEX: “They lived 50 meters apart, and actually Emira had I think it was two children and Fatima had a couple of two children who were quite close to each other but they hadn’t been able to see each other for over two years. Because they just hadn’t felt comfortable going out. They did say they could cover in the full body veil if they wanted to go out, but the general feeling was that actually this wasn’t something they felt safe or comfortable doing so they hadn’t done it.”

We asked Alex what her message is for listeners of Hacking Hunger as they come together for the holidays. Hear her response on the full podcast here.