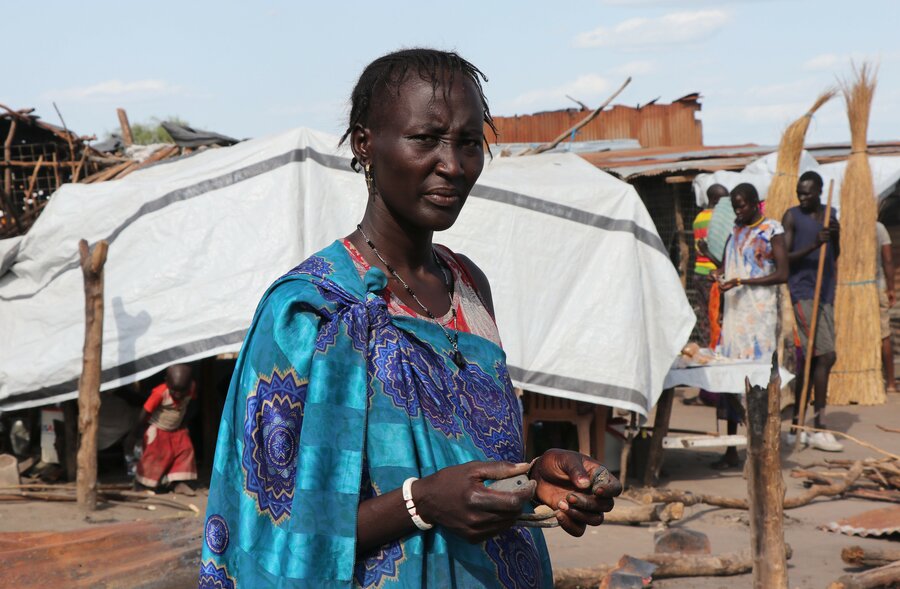 The Ruins of Roda’s Teashop: “Violence Destroyed My Hometown, My Shop… And Now There Is No Water”

With her bare hands, Roda clears debris and forages scraps from her wrecked teashop after attackers scorched Gumuruk, a town in the Greater Jonglei region where conflict frequently disrupts daily life and stifles progress. The 36-year-old mother of six is just one of countless South Sudanese stuck in a tiring cycle of destruction and rebuilding.

Roda’s teashop is — or was — situated in the heart of a local market in Gumuruk. Made of a few simple metal sheets held together on the unpaved ground. When violence broke out, the market was stripped down with Roda’s teashop in tow. In one day, she lost all the investment that she had worked so hard to build over a year.

Before the attack, Roda’s teashop was a place where locals could enjoy each other’s company over the steady supply of hot tea. After working hard to make a living for herself and her children, she is heartbroken by the loss of all her efforts and income.

The raiders also destroyed the water treatment tank in the area, leaving Roda, her family and hundreds of others without access to clean water for cooking or sanitation. The nearest water point is a half day’s journey on foot, and she can only carry so much. The day I met her,  she had gone without eating for the entire day, choosing to ration the little water she had that day to cook for and feed her children.

“There is nothing to be happy about,” Roda says, tearfully. “Violence destroyed my hometown, my shop. And now — there is no water.”

“If only the fighting would stop, then maybe a better future will come,” she says. 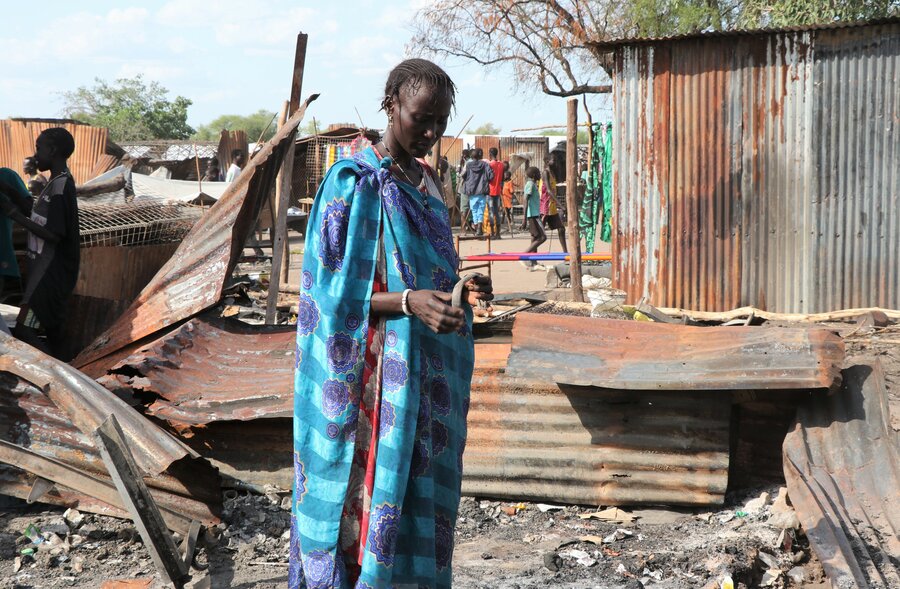 Conflict leaves people like Roda, who are working hard to build their lives, stuck in a pattern of one step forward, two steps back. The constant cycle of building and destruction weighs heavily on the dreams of Roda and many others in South Sudan.

In the worlds youngest’ country, over 7 million people — 60 percent of the population — are uncertain of where their next meal will come from due to the effects of conflict, climate change and COVID-19. Ambushes and violent raids are hindering the delivery of humanitarian assistance and endangering lives. 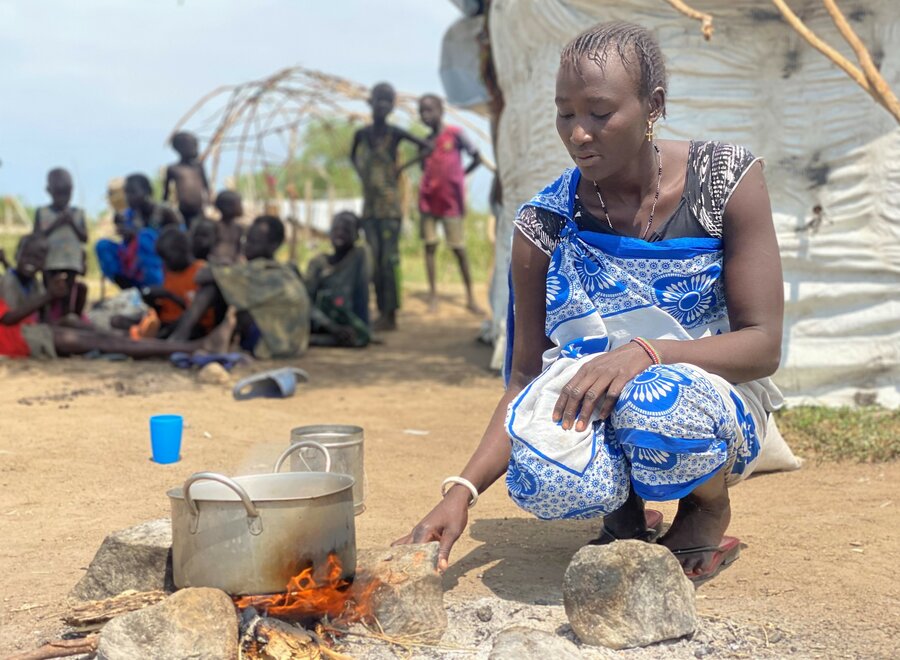 In Gumuruk alone, some 550 metric tons of food, enough to feed 33,000 hungry people for one month, were looted or destroyed this summer. The food included cereals, beans, cooking oil and nutrition supplements for the treatment and prevention of malnutrition in children and women.

The United Nations World Food Programme (WFP) and other U.N. agencies have been on the ground in South Sudan since it first gained its independence on July 9 2011, providing millions of people with a lifeline of food assistance and helping them achieve the dream of developing their nation. Little can be done to change the past but the U.N. World Food Programme is working to ensure a brighter future for people like Roda and for all South Sudanese people.

This story originally appeared on WFP’s Stories on July 9, 2021 and was written by Marwa Awad.

Conflict uproots families, ruins infrastructure and makes food nearly impossible to find or afford. Give now to send lifesaving support to families caught in the crossfires of conflict.