The Role of Hunger in Politics and War

Two years ago, the UN Security Council unanimously adopted Resolution 2417. The resolution made clear that conflict-induced hunger is a peace and security issue.

But two years later, too little has changed. Around the world millions of people are still trapped in the man-made cycle of conflict, displacement, and hunger. Starvation has been defined as ‘the cheapest weapon of mass destruction available to armies’ — cheap and easy to kick off.

It’s important to reflect on the significance of the resolution and discuss the impact that novel coronavirus pandemic might have on peace and security globally. One place where the link between conflict and hunger is painfully obvious is South Sudan.

Since December 2013, a civil war has been tearing the country apart, causing widespread destruction, death and displacement. Around 1.47 million people are internally displaced and another 2.2 million are refugees in neighboring countries. A collapsing economy, reduced crop production and dependence on imports seriously undermine people’s ability to secure sufficient nutritious food all year round, putting millions of lives at risk.

Matthew Hollingworth is the United Nations World Food Programme’s country director in South Sudan. He has worked to relieve hunger in several countries at war. On this episode of Hacking Hunger, asked about his perspective on Resolution 2417, and what he has witnessed from the field.

For more perspectives on the resolution’s significance, read the article below, in which three experts discuss the significance of UN Security Council resolution 2417 and cast a look at hunger, peace and security in the post-COVID world. The article was written by Simona Beltrami and originally posted on World Food Programme Insight.

“Resolution 2417 took a terrible moment in history and elevated it to a point where it had a crystallizing effect,” says Brian Lander, deputy director of the U.N. World Food Programme office in Geneva. He refers to the fact that in 2017 some 20 million people were on the brink of famine in four countries: Nigeria, Somalia, South Sudan and Yemen. All four were affected by conflict. 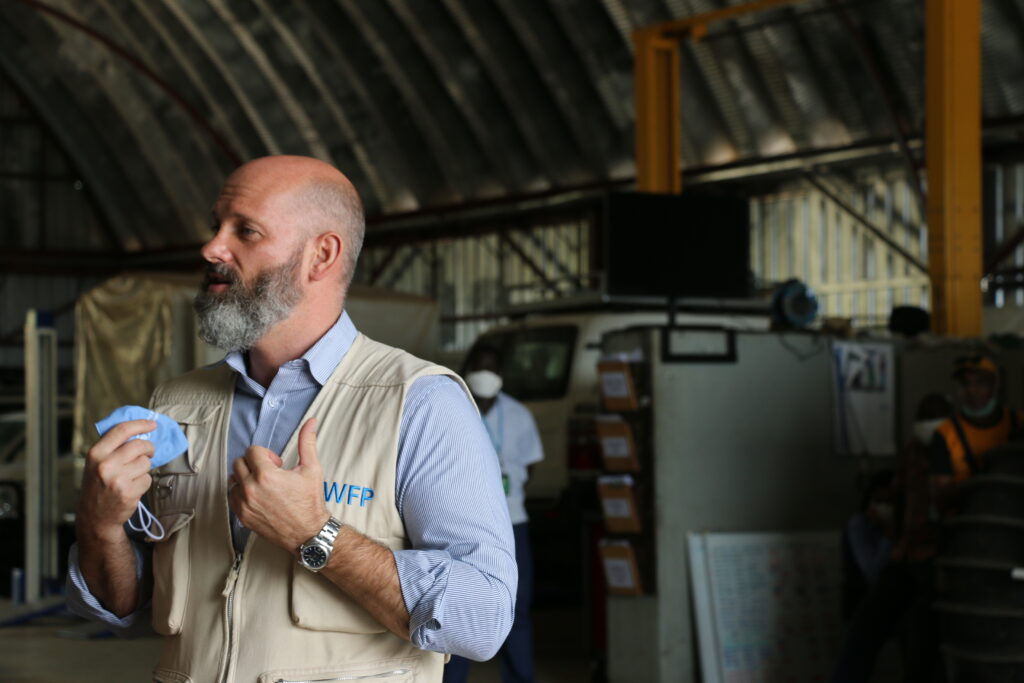 Starvation has been defined as ‘the cheapest weapon of mass destruction available to armies’ — cheap and easy to kick off. “Even a momentary violent interruption of livelihood activities, precisely and directly targeted, can have a long-lasting impact. If a planting or harvesting period is missed, it may not be resumed. If cattle cannot be moved to pasture or water, they may not survive,” says Matthew Hollingworth, U.N. World Food Programme country director in South Sudan, joining on the line from Juba. “Hence, in many instances, a small-scale, well-timed tactical raid can have the same impact as a large-scale scorched-earth strategy. In both cases, hunger as an effect of violence is horrifying, whether the means used to achieve it are obscure, or blatant.”

“Of course, starvation was already prohibited under the Geneva Conventions,” Brian Lander says. “But here, for the first time, there was a recognition from the highest authority in the world that hunger and conflict have to be addressed coherently, and that starvation as a weapon of war is not acceptable.”

Sigrún Rawet, deputy director of the Stockholm International Peace Research Institute (SIPRI), was head of humanitarian and development at the Swedish Permanent Mission to the United Nations in New York at the time when her country served as a non-permanent member of the Security council in 2017–18. She recalls the genesis of the resolution. “We wanted to make the most of Sweden’s two-year term on the Security Council and we wanted to put conflict prevention at the centre. But that is sometimes easier said than done,” she says. 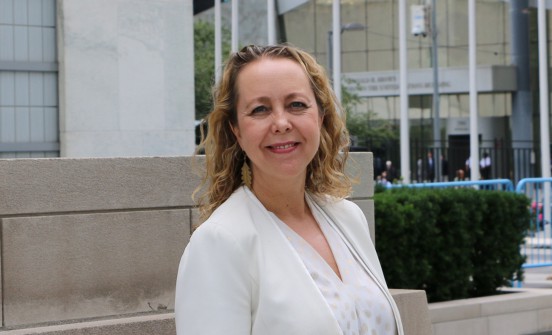 Sigrún Rawet, deputy director of the Stockholm International Peace Research Institute (SIPRI), and former Head of humanitarian and development at the Swedish Permanent Mission to the United Nations in New York.

“There was a tension between countries like Sweden, where we believe the Security Council should also take up broader security issues in conflict prevention — such as climate, gender, hunger and water — and others who believed that it should only be dealing with more traditional, military aspects of conflict.”

As a result, it took five months for the resolution to come through — “quite a long time”, Rawet says.

“This resolution placed the most vulnerable people at the heart of the agenda of the Security Council, which, unfortunately, is not always the case.”

Building a strong and broad coalition around this — with the Netherlands, Cote d’Ivoire and Kuwait acting as co-sponsors and Peru lending support throughout the process — proved crucial. “There were sensitive topics but we had good discussions and in the end we were very happy that this resolution placed the most vulnerable people at the heart of the agenda of the Security Council, which, unfortunately, is not always the case.” 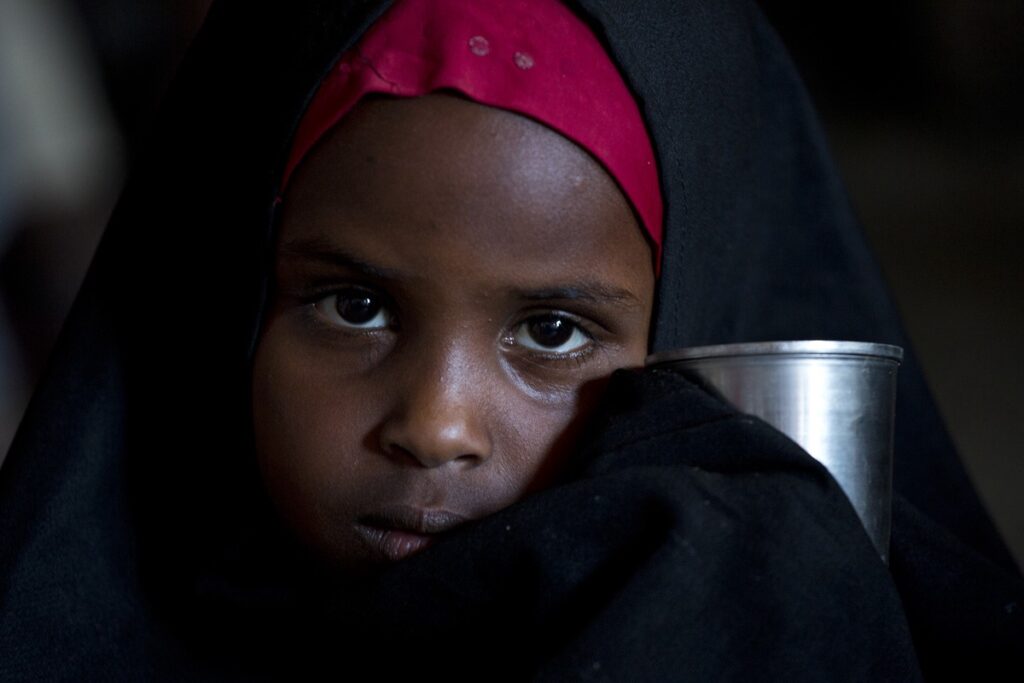 In 2017, Somalia was one of four countries at risk of slipping into famine, with close to 3 million people unable to meet their food needs and 3.3 million in need of livelihood support.

Making good on the resolution

Everyone agrees on the symbolic importance of the resolution — playing devil’s advocate, I ask if that is all there is to it, though.

“I think there has been a series of knock-on developments that have built on what resolution 2417 set out,” says Lander. He cites the establishment of commissions of enquiry to look into the use of starvation in specific cases, the growing engagement by the Human Rights Council and Special Rapporteur on the Right to Food in conflict and hunger issues, and the recent amendment of the International Criminal Court’s statute, which extends the Court’s jurisdiction to the use of starvation in non-international conflicts. “I see the amendment to the ICC statute as a direct consequence of the resolution,” he adds. “And that’s yet another strong signal that this kind of tactics — whether it’s a siege or a blockade — is unacceptable, whatever the context.” 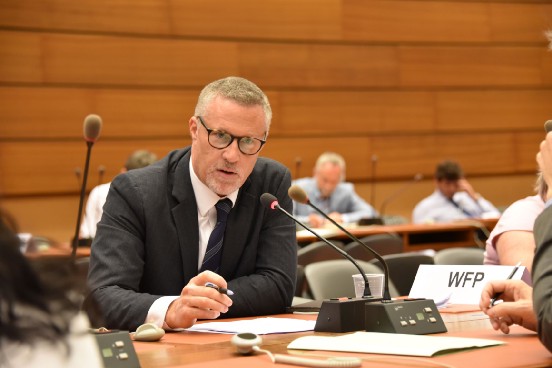 Hollingworth agrees: “The resolution has given the UN and its membership a means to regularly report and investigate claims, not just about instances of starvation as an act of war, but also about the more nuanced obligation to protect food systems and ensure markets can function so that non-combatants are not forcibly displaced because of disruptions.”

“Is the resolution relevant? Absolutely. Our challenge now is to make it more significant.”

“So, if we ask ‘is resolution 2417 relevant in conflict situations?’ the answer is: absolutely. The harder question is, is it significant? Our challenge now is to make it more so,” he adds. Among the measures that might contribute to this, he lists the appointment of a UN Special Rapporteur to support implementation; a Special Measure by the UN Secretary General to define the role of the United Nations in monitoring the resolution; and the inclusion of the resolution in the civil and military guidelines and trainings provided to State and non-State combatants.

“This takes time,” Hollingworth notes, and I can’t help but wondering if there is a risk that the advent of the coronavirus pandemic might undermine progress.

Peace and security in a post-coronavirus world

“I think there is a real risk that we go back a bit,” Lander says. “COVID-19 is taking most of the attention away from issues that are perhaps equally concerning but maybe not as immediate. So, it is an easy cover in a way. The response to the pandemic gives governments carte blanche to roll back human rights at the local level and put in place measures and restrictions on access to markets and other things, which could be easily targeted at minority communities or groups that you are trying to isolate already.” 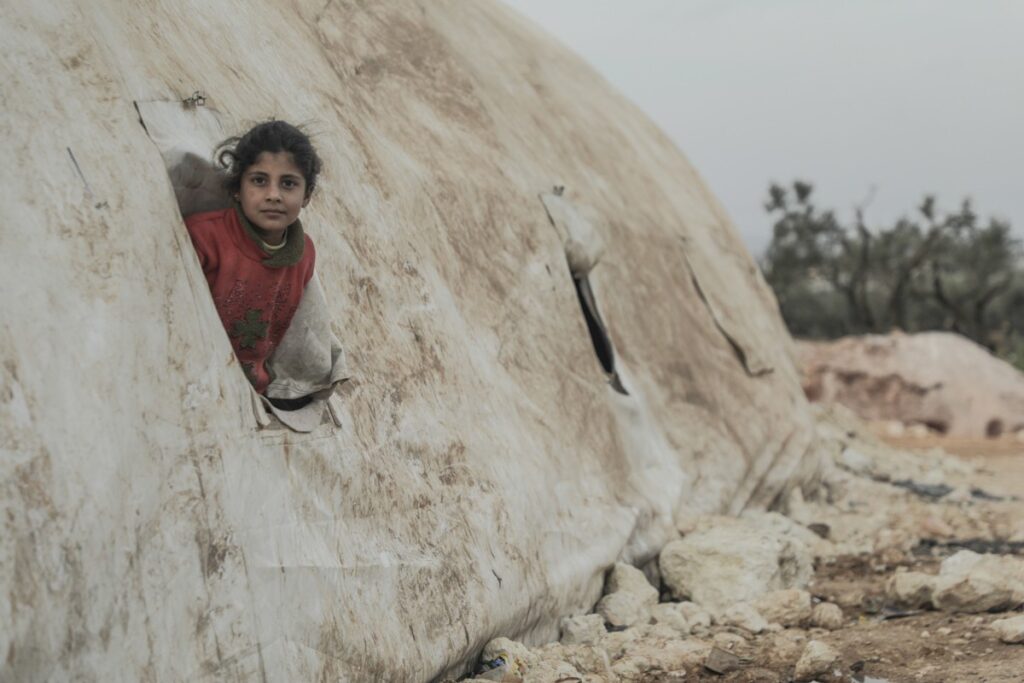 People displaced by conflict in northwest Syria depend on cross-border transhipments from Turkey. The pandemic might severely affect their only lifeline.

With global security at the heart of her work with SIPRI, Sigrún Rawet is also monitoring developments and shares Lander’s concern. “The fact that COVID-19 is projected to double the number of people suffering from acute hunger — what WFP’s Executive Director defined a hunger pandemic — already shows the extent of the threat,” she says. “The cumulative effects of coronavirus and its economic consequences, including the loss of income due to lockdowns, are making us worry about a possible increase in tensions within societies — and not only those we traditionally consider ‘fragile’. We know from history that increases in food prices can lead to instability and riots, and with the lifting of lockdowns we are likely to see criminality and violence shoot up,” she warns. “With the most vulnerable hit hardest by COVID-19, we are entering a very difficult period.” This will also be an important area to take forward in the strategic partnership between SIPRI and WFP on the complex relationship between hunger and conflict.

African countries, already struggling with the concurrent scourges of climate change, poverty and, often, conflict, are of particular concern to Rawet. 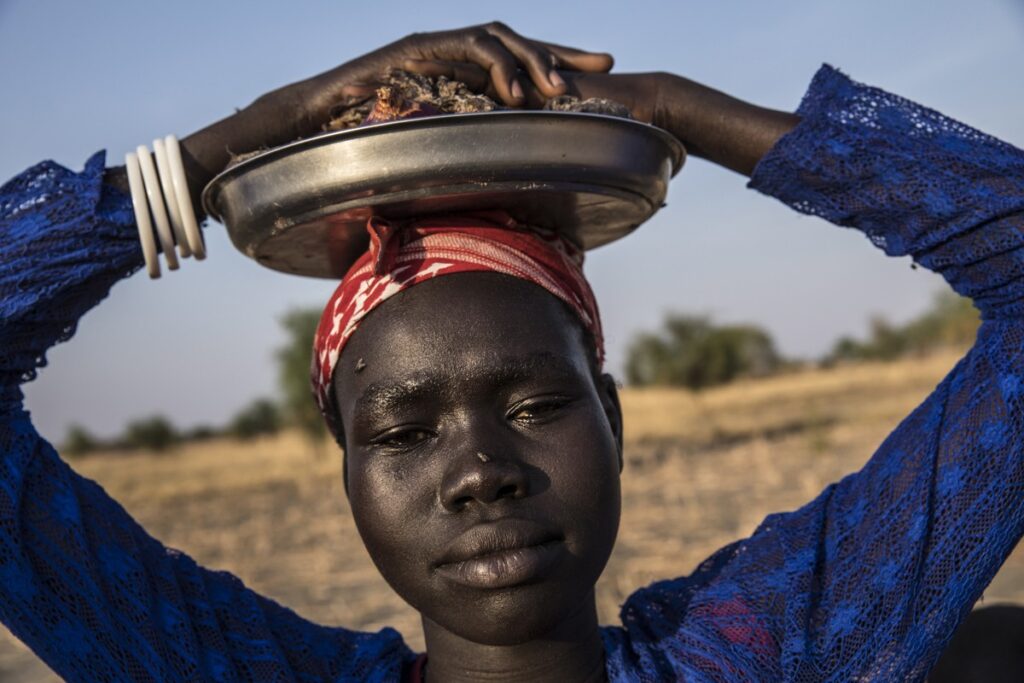 In South Sudan, the additional strain put by COVID-19 on an already fragile system meant a spike in food insecurity.

No place probably illustrates this better than South Sudan, where the fledgling Transitional Government of National Unity — barely two months old — was already facing vast challenges from decades of war, droughts, floods, a stagnant economy and, most recently, a locust invasion. Then in came COVID-19 and a sharp drop in oil prices which wiped out 98 percent of the government budget.

“As we entered 2020, our forecasts showed that by May — that is now — 55 percent of the population, or 6.5 million people would be in crisis-level food insecurity,” says Hollingworth. “COVID-related travel and movement restrictions now mean that between 1.5 and 2 million people living in urban areas are not able to make the 2 or 3 dollars a day they relied on to make ends meet. This means that now about 70 percent of the population do not know where their next meal will come from.”

Security is also fragile. In the past four weeks alone, fighting by parties that did not sign up to the peace agreement has forced between 6,000 and 20,000 people to flee their homes in the southern states of the country. “These are people who lived and worked in South Sudan’s bread-basket, and now have to rely on humanitarian assistance,” Hollingworth says, adding that the humanitarian community is already overstretched and struggling to meet existing needs, let alone respond to a new caseload.

“We must at all cost try to prevent a return to the kind of scenario we had in 2013 or 2016, when conflict was in full swing. This country cannot cope with large-scale fighting now. There just isn’t enough resilience remaining,” he concludes.