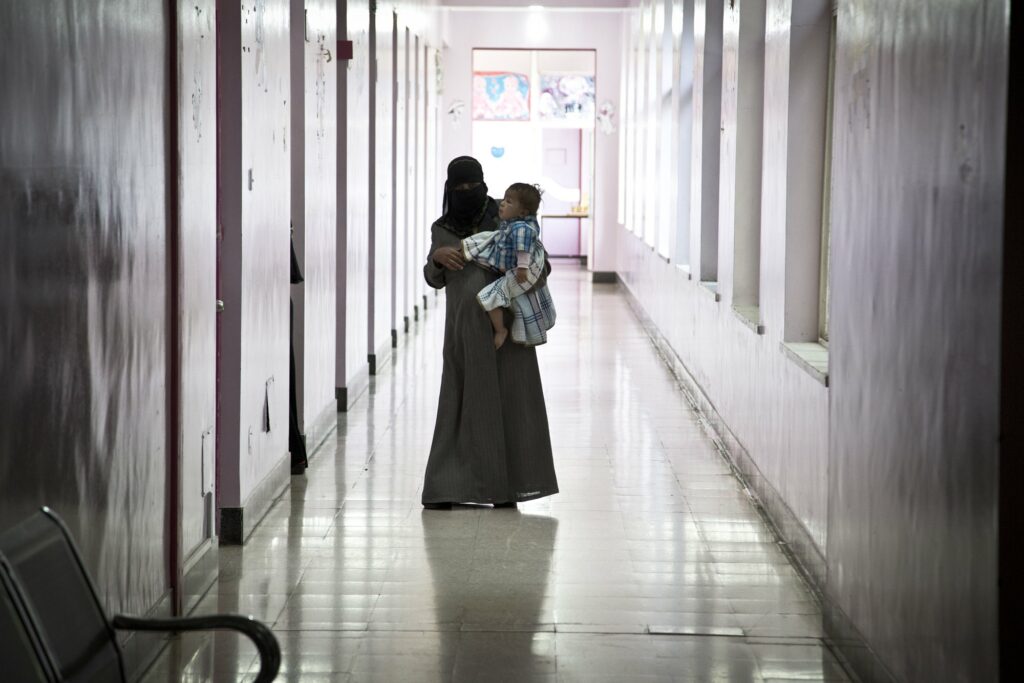 Seeing Yemen Through the Eyes of an Award Winning Journalist: “They Might Starve”

When I came home after a recent mission to Yemen, I slammed my car door so hard that the window came out of alignment. Opening and closing the heavy doors of armored vehicles, wearing body armor, and all of the other safety precautions you need to take when working in a war zone add weight and slows everything down.

Breathing is hard too. Much of Yemen sits somewhere between 2,000 and 3,000 meters above sea level. Until you get used to the altitude, your blood cells are deprived of oxygen and your body works harder than usual just to move. You feel like you are underwater, and the resistance is strong enough that your body feels like it’s in slow motion. When you return to near sea level, the combination of those blood cells having carried extra oxygen and your muscles having lifted excess weight from the protective gear makes you feel like superman — and that’s why my car needed to go to the mechanic.

But it isn’t just the added weight that slows you down in Yemen.

Before humanitarians can move anywhere in the country, both sides of the conflict must agree on when and where you can go. This is monitored by radio communications and tracked via large numbers on the roofs of our vehicles that identify who has clearance to move within the country. Then you’re slowed down by destroyed roads and bridges, checkpoints and traffic. 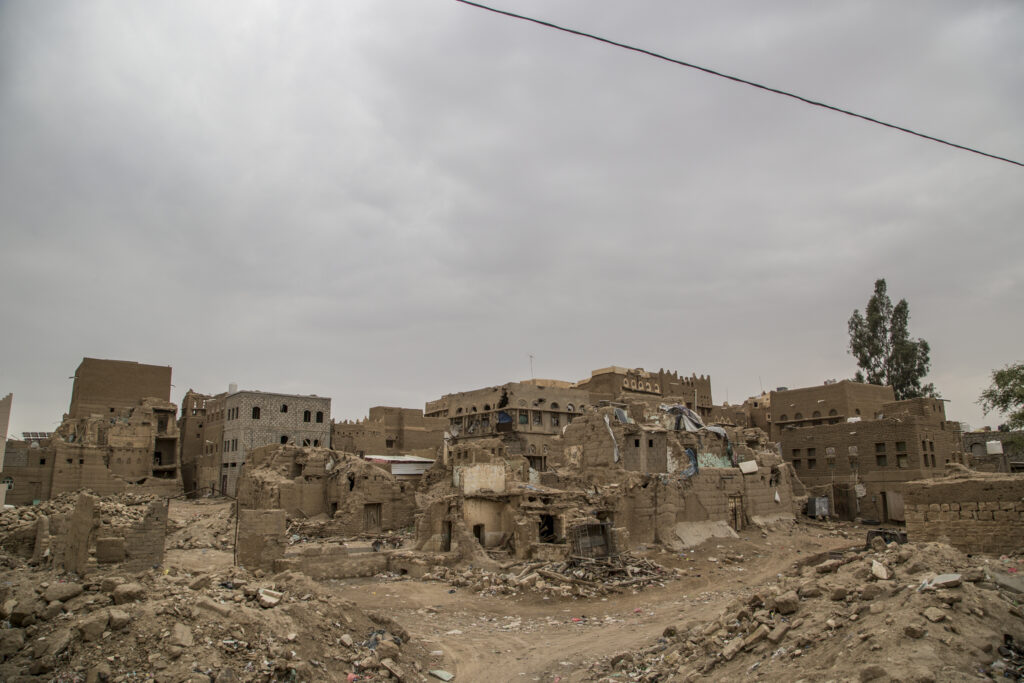 Parts of Saada city are ruined. It’s hard to get around in a city full of violence and crumbling infrastructure.

Yemen is currently the world’s largest humanitarian crisis. More than three years of conflict have pushed the country to the brink of famine. Nearly 18 million people don’t know where their next meal is coming from and more than eight million of them live in extreme hunger. They are dependent entirely on food assistance from humanitarian organizations like the World Food Programme (WFP).

The inability for humanitarian organizations like WFP to reach people in need is one of the greatest obstacles we face when working in war zones. It’s all about access, and if you can’t get food to people who can’t flee, who’ve lost their homes, whose fields and markets are destroyed, then they might starve.

Saada sits along the border with Saudi Arabia. It’s Houthi heartland and Yemen’s fruit basket where apples and pomegranates are grown. But as I traveled through the area, I didn’t see a single bridge intact. If farmers don’t have fuel or roads to get produce to market, then hunger grows in place of fruit. Today, Saada has one of the highest malnutrition rates in the country. 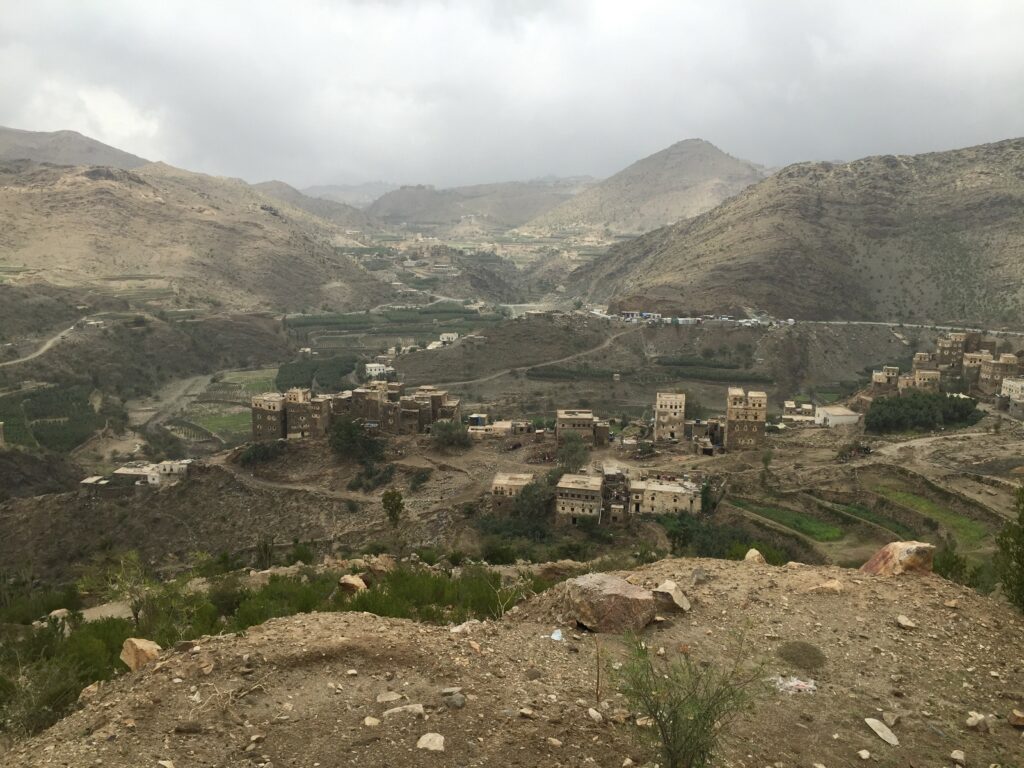 This is Saada, Yemen’s so-called “fruit basket”. Its former bounty sits in rubble.

The capital of Saada is called Sa’dah city. It has been severely damaged in the fighting, with homes, markets and municipal buildings reduced to rubble.

Imagine being a fisherman used to the freedom and expanse of the sea. The last place you would want to find yourself would be Sa’dah city. But this is where I met Adel Abdullah, an energetic 43-year-old fisherman from the port city of Hodeidah.

When I asked what he was doing here – very much like a fish out of water – he explained that he was no longer able to go to sea due to the fighting. When the violence intensified there was no choice but to flee with his extended family of 11 people. They sold everything they had to pay for the journey and are now destitute, living in makeshift shelters in a trash-strewn empty lot. The women in his family now beg on the streets to help support the family. 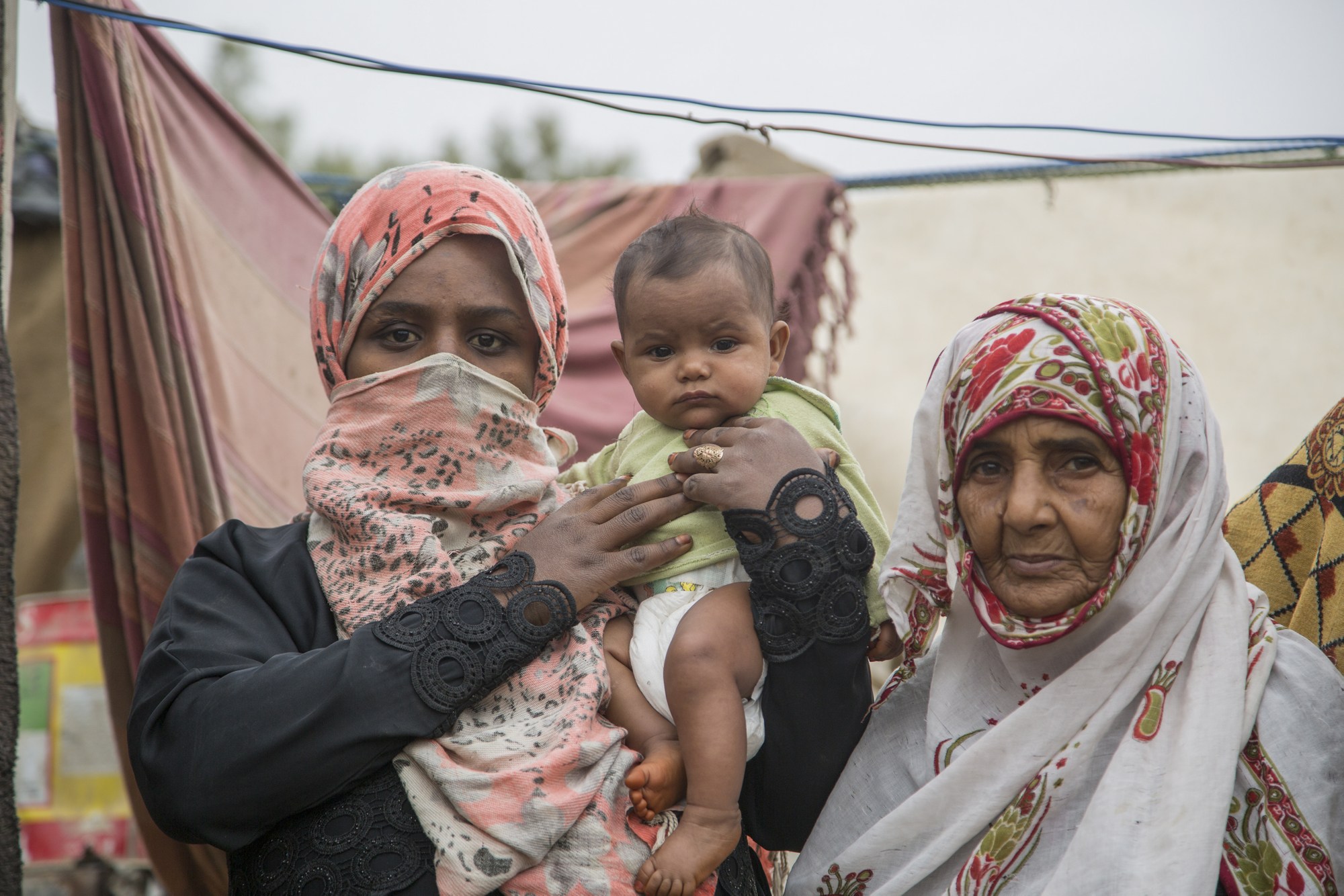 These are just a few of Adel Abdullah’s relatives who are forced to beg for survival.

If the war stops they will go home to Hodeidah, he told me. “The women are scared to death. Every hour we see a plane. I’m not lying, all we want is peace and safety,” he says.

When I arrived in Hodeidah a few days later, I understood why Adel and his family had fled. The normally bustling port city was eerily quiet except for the sound of explosions. Around half the population had escaped. Those who remained were scared and grew increasingly desperate as they waited for what was expected to be an imminent battle for control of the city and its port.

Hodeidah port is Yemen’s lifeline. Even in the best of times, Yemen imported 90% of its food. The fuel needed for transport also comes through Hodeidah. Fighting, however, has damaged warehouses, cranes and other infrastructure needed to unload ships. 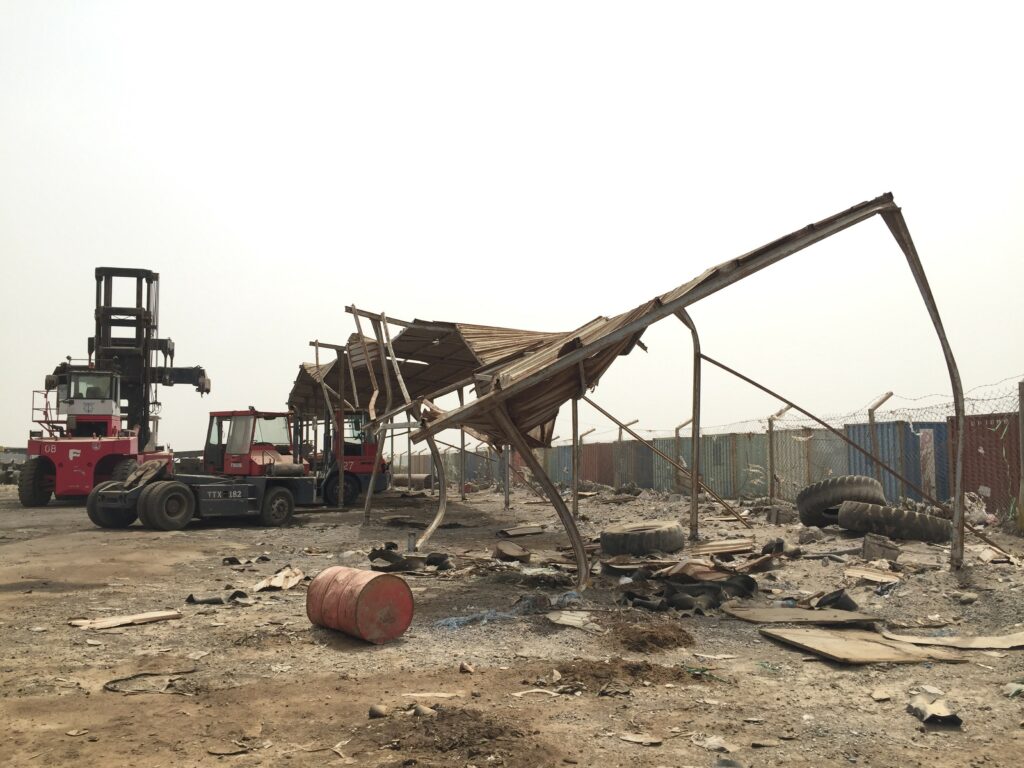 Buildings and equipment at Hodeidah Port have been destroyed, making it even harder to import food.

The port was functioning the day I visited. It has to stay open because without humanitarian and commercial access to it, the people of Yemen would starve.

Amid the wreckage, as always, it’s the children who shoulder the greatest burden. They face the immense challenge of not only surviving the violence and destruction of war, but of rebuilding their society when the fighting stops. That’s a heavy load to carry, especially when most of them haven’t been to school since the war started.

But it doesn’t stop their dreams. Kids like 13-year-old Hussien dream of becoming a doctor. Yemen certainly needs a new generation of doctors, but until there is peace, the weight of hunger will keep dreams like Hussien’s out of reach.

Like many children, 13-year-old Hussien wants to become a doctor.

Of the world’s 13 worst food crises, 10 are driven by conflict. It's the #1 cause of hunger on the planet. See why and learn more at our hub.

This story was written by Jonathan Dumont and originally appeared on WFP’s Insights.