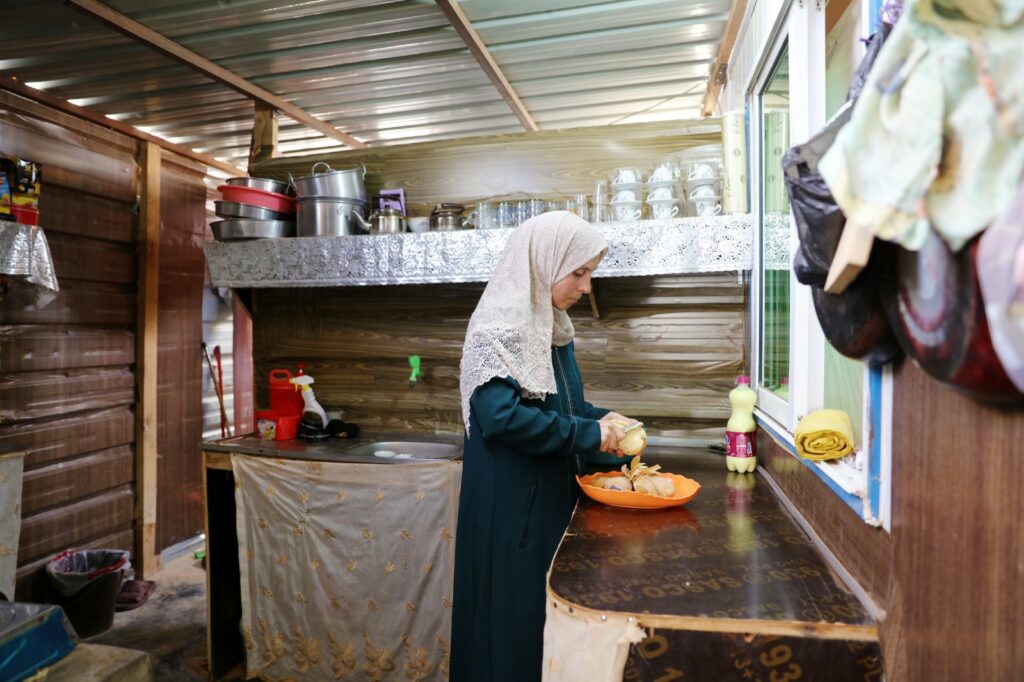 Six years ago, Um Ibrahim and her four children fled Syria after escaping war in their hometown of Daraa. The war forced them to abandon their home and their belongings — all that was familiar to them — and head for safety south of the Syrian-Jordanian border. They currently live in Zaatari refugee camp in northern Jordan.

“We thought we would only be here for a short while, until the situation improved,” says Um Ibrahim, reflecting on life in the camp. “But we are still here, staying here.” 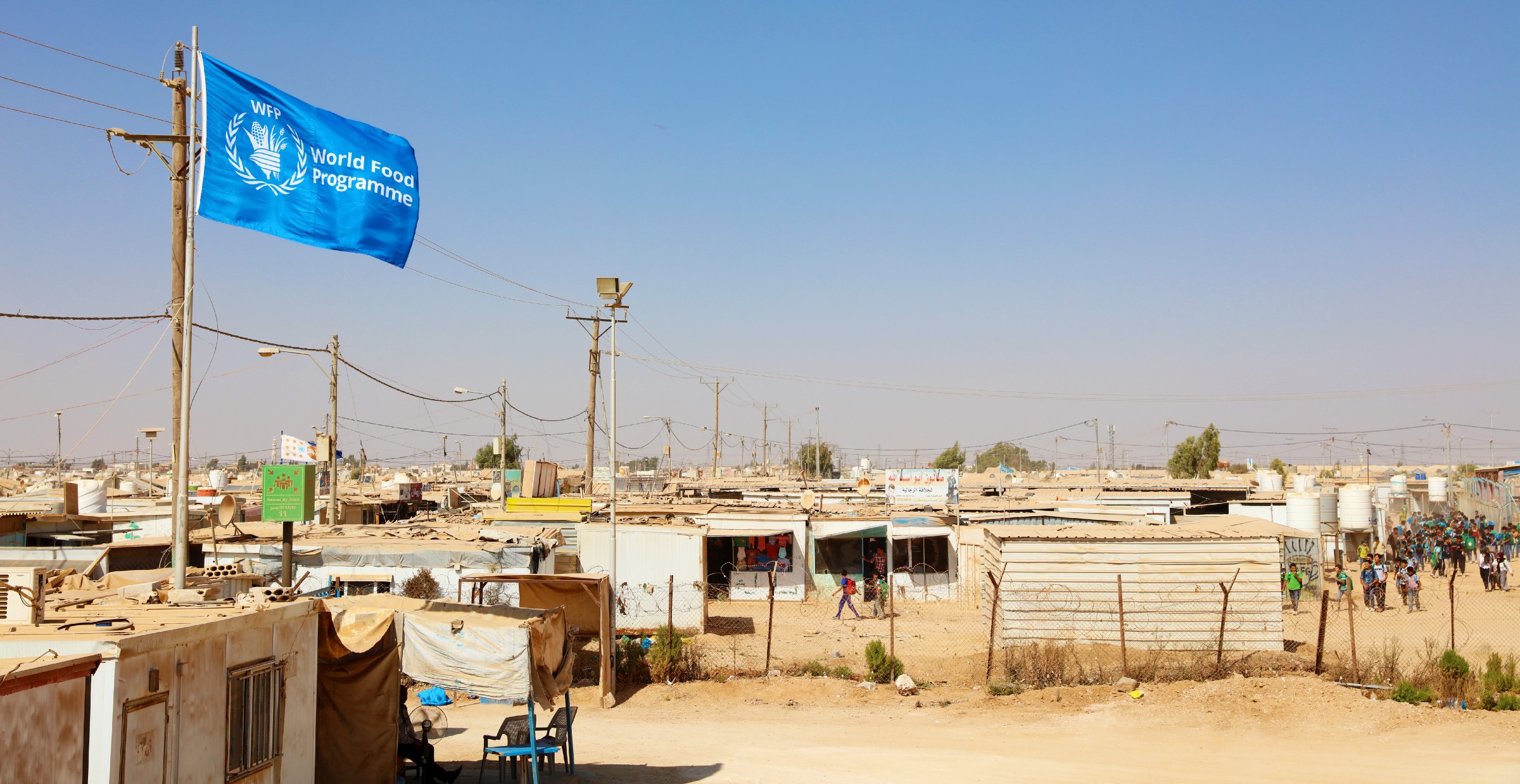 Since it was established in 2012, Zaatari camp has evolved from a small collection of tents into an urban settlement of almost 80,000 people.

How a hobby turned into a livelihood

Um Ibrahim was married 25 years ago when she was just 14 years old. Now, as she approaches 40, she has been left alone with four children to look after. She lost her husband in the war.

As a single mother, Um Ibrahim works in the camp to support her family. She is employed by the World Food Programme (WFP) at one of four Healthy Kitchens, where parents find employment preparing meals that are provided to students at the camp schools.

“Cooking has always been a hobby for me. When I was a young girl, my mother would say that cooking will always be a useful skill,” said Um Abdallah. “I never imagined that one day it would come to mean so much and become the source of my income.”

Her youngest son Abdullah was born in Syria — he was only 7 months old when they arrived to Jordan. Meanwhile, her oldest son returned to Syria after the family crossed the border, and was later able to take refuge in Germany. 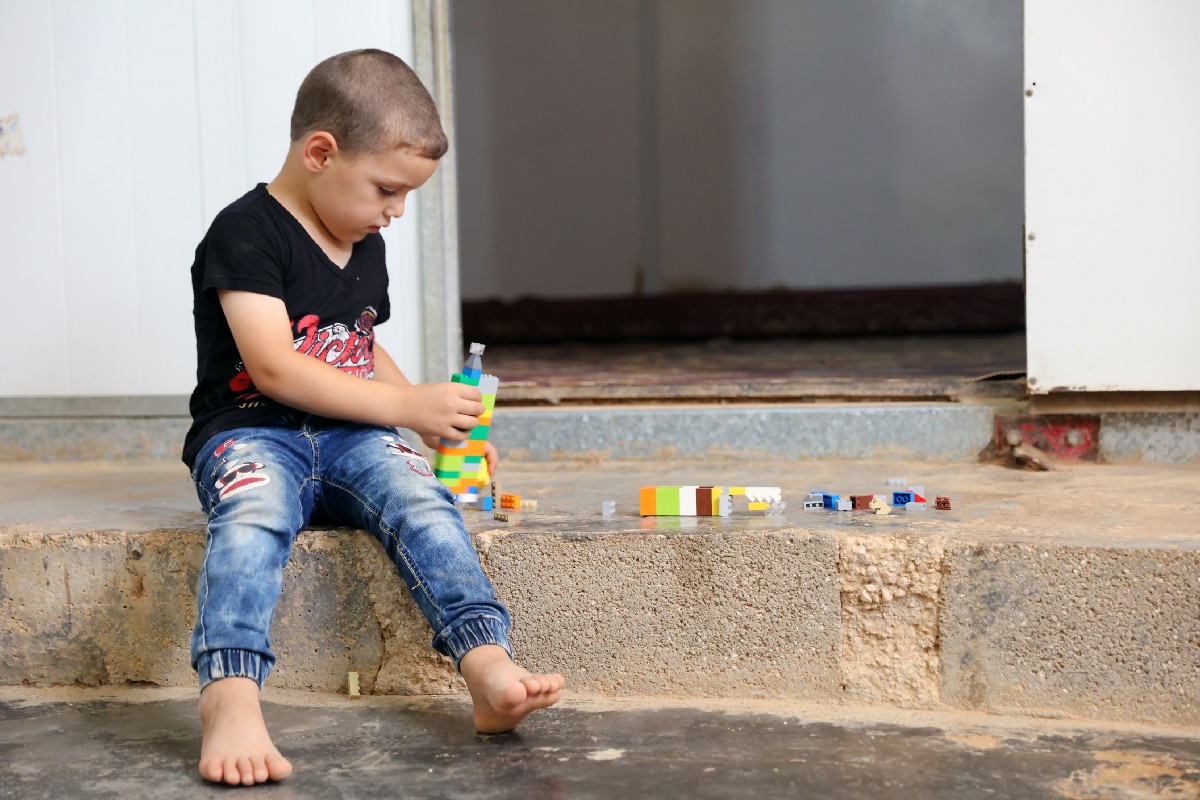 You can see the pride on Um Ibrahim’s face as she explains how the healthy kitchen works: “We include one pastry, one piece of fruit and one vegetable in each meal! We bake the pastries here in the camp.” 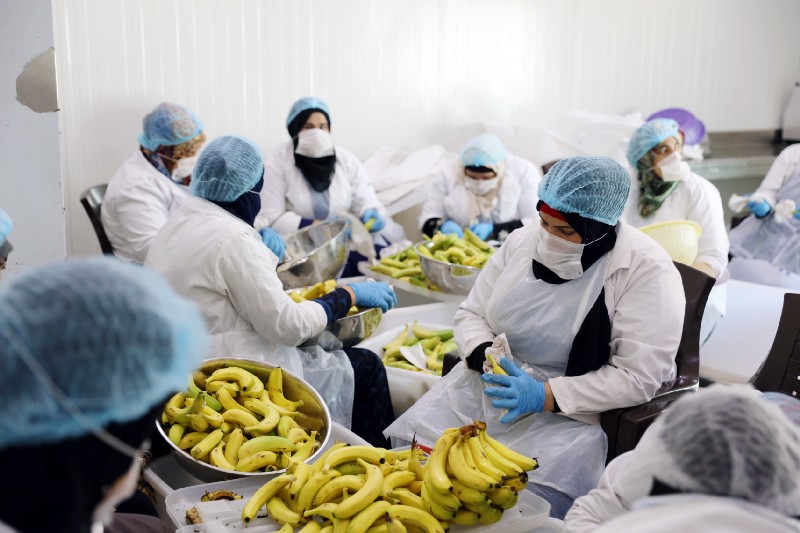 Women working in a WFP Healthy Kitchen in Zaatari Camp. 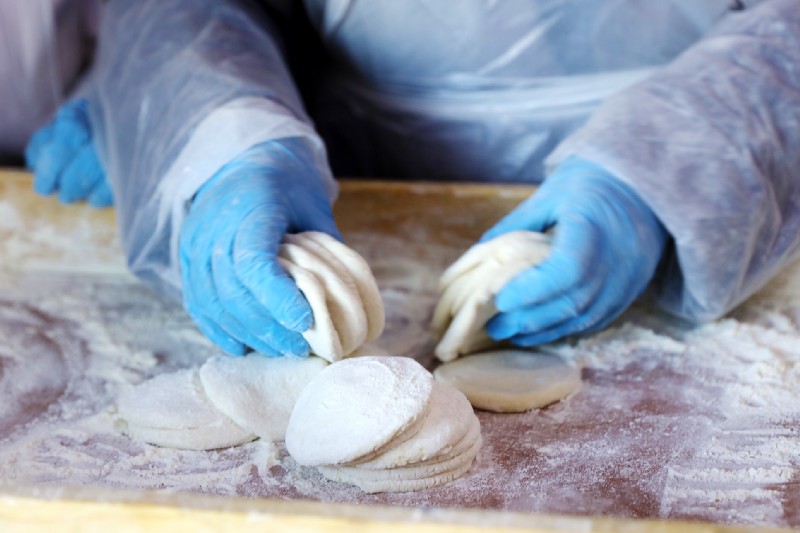 They bake the pastries fresh every day. 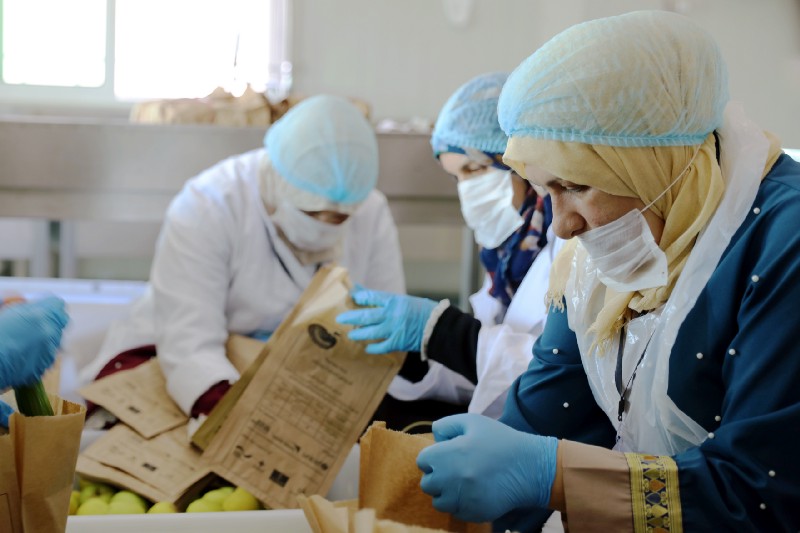 Then it all gets put into brown lunch bags for the students.

Grocery shopping with the blink of an eye

“The food assistance we receive is very good. Without it, no one would stay here. People wouldn’t be able to live,” Um Ibrahim explains. “We buy food through an iris scan machine, which is very easy to use. When we go to pay for our food at the supermarket, I look into a machine that scans my eye and connects to my account. I don’t even have to carry cash or a card anymore!”

“At the beginning of each month, I receive a text message informing me that our account has been reloaded. Each member of my family receives $28.25 per month to buy food and we also receive fresh bread every morning at the bread distribution points in the camp.” 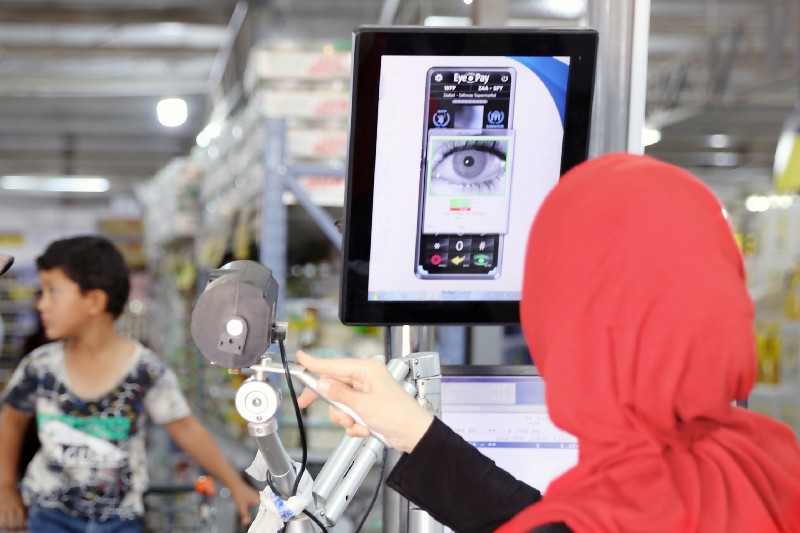 Syrian refugees buying their goods through WFP iris scan technology at one of WFP’s contracted shops in Zaatari Camp.

Learning that hope has no limits

Reflecting on the last six years, Um Ibrahim said the biggest lesson she learned is that the human capacity for hope has no limits.

“I am still able to see hope when life feels pretty hopeless. Living in hardship has allowed me to see the good in people and to appreciate the blessings I do have,” she said. “The power of joy, love and kindness give me a sense of hope. Sharing a meal or a hug with a neighbor has been such a powerful and unexpected force.”

Thanks to generous contributions from Germany, USAID and other donors, WFP is able to continue its support to Um Ibrahim’s family and thousands of Syrian refugees like her living in Jordan.