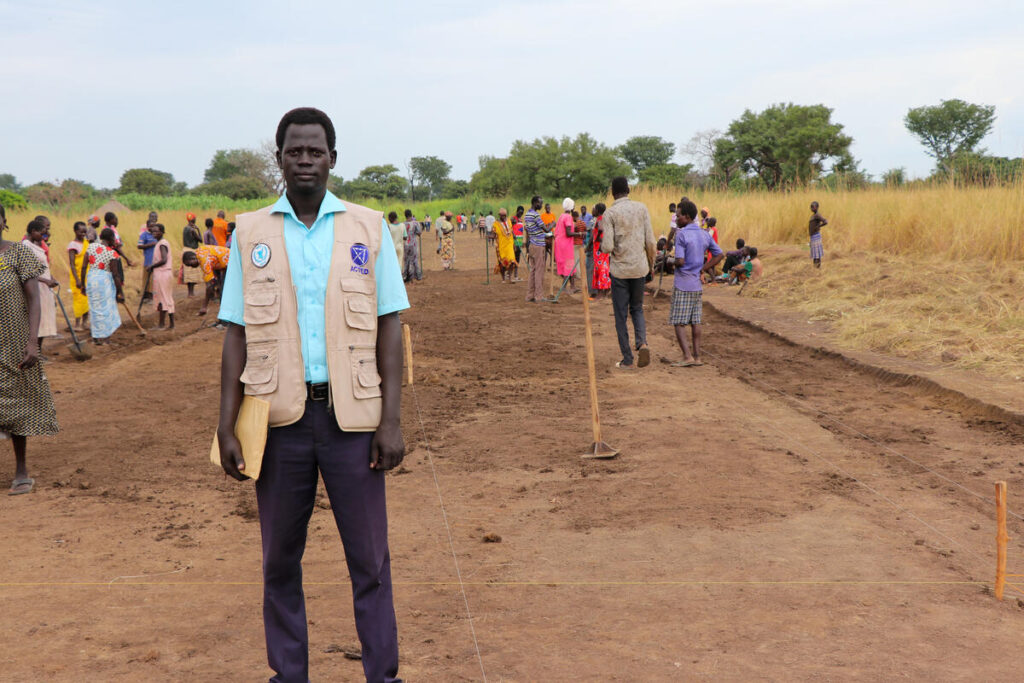 South Sudan’s Road Out of Hunger

In the world’s youngest country, WFP is empowering communities by constructing roads to improve food security and develop rural economies. 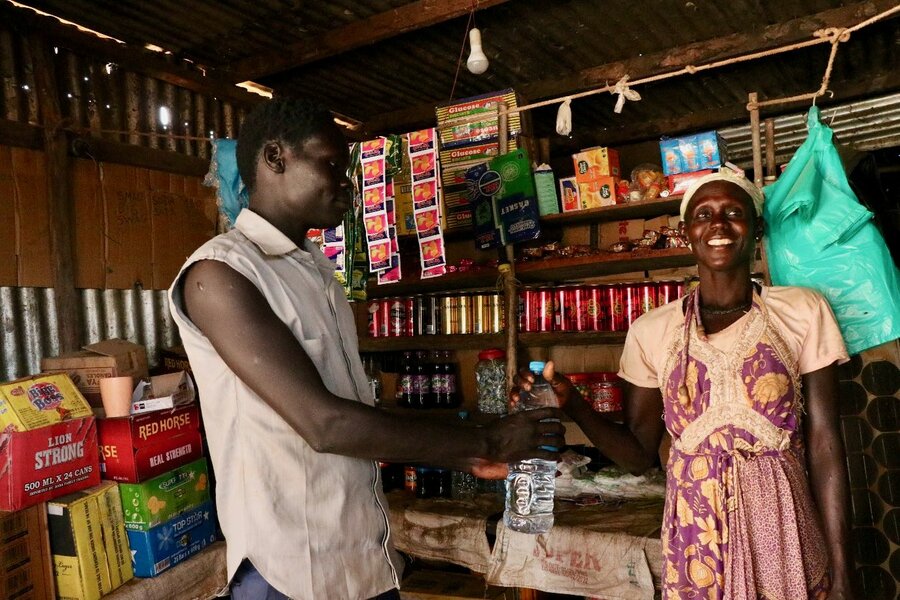 Magret Achi’s business is booming thanks to the new road running through her village.

A thick sweat forms lines on Magret Achi’s face as she moves about her small shop made of iron sheeting in the village of Kormus, in South Sudan’s southeast Torit County.

Customers gather round, waiting to buy the basic, but necessary, commodities stocked inside. It’s difficult to imagine that not long ago the shelves were almost bare and customers rare.

“My shop was on the verge of collapse,” says the 40-year-old mother of eight. “I could not bring new stock in time because the road was bad.”

South Sudan is the world’s youngest country. It’s also among the least developed, with only a budding road network throughout. There are 20,000 kilometers of roads in the country, but only 400 are paved. 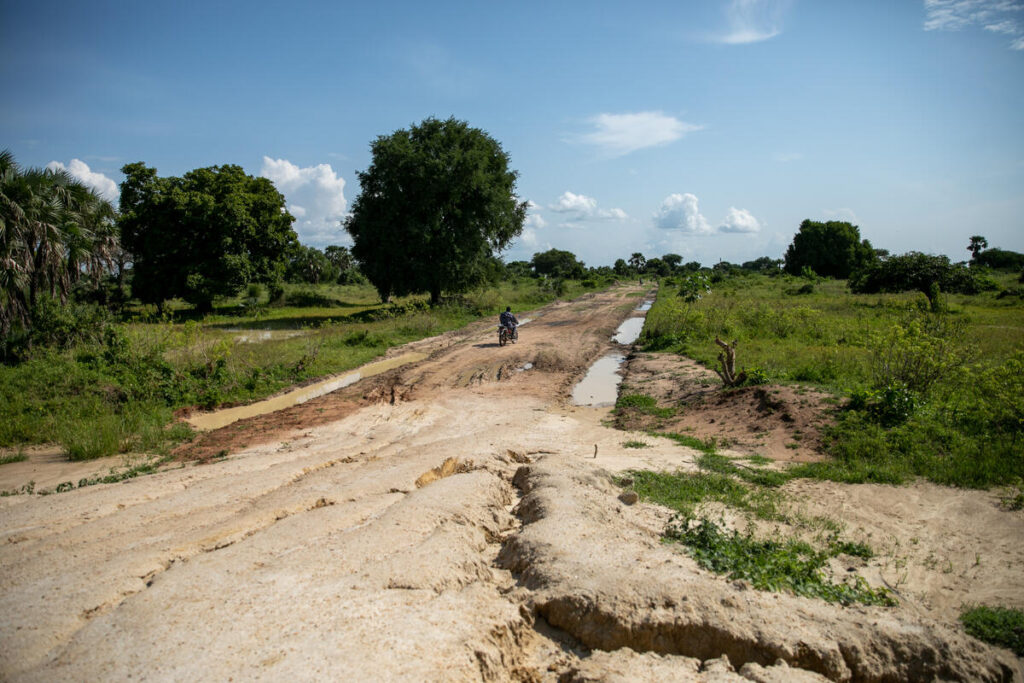 During the rainy season, the majority of the roads, especially in rural areas, are completely inaccessible. According to the World Bank, more than three-quarters of the country’s population lives outside urban centers, and the lack of roads poses significant challenges.

With no roads out of or around towns, children struggle to get to school and women are at higher risk of dying during childbirth. If there’s an emergency, it is more difficult for people to flee and for help to arrive.

In places like Kormus, it also means food cannot get in and out of the villages in the quantities needed for the local population, reducing peoples’ access to adequate food and livelihood options.

But new opportunities are opening up, with the recent completion of a 48 km road running through the village. Constructed by the World Food Programme (WFP), with financial support from donors, it is part of a broader WFP infrastructure initiative that supports communities in building or repairing roads, dykes and bridges across the country.

“In a country where isolation and access are a challenge, constructing roads is one way of changing lives,” says Adeyinka Badejo WFP’s Acting Country Director in South Sudan. “By constructing roads, we are fighting food insecurity, restoring livelihoods and promoting socio-economic development.”

In Kormus, shop owner Magret has seen a 50 percent boost in revenue, thanks to more goods now being trucked in to stock her shelves—and more customers from nearby villages and farms coming to buy them.

The road has also connected more than 5,000 smallholder farmers to the state’s main market in the southeastern town of Torit and beyond, giving them an incentive to increase their output and sell their surplus.

“I have been cultivating a small portion of my big land just to provide food for my family,” says one Kormus-area grower, Peter Okuye. “But now I will produce more, because I can sell it in the market in Torit and even Juba,” the country’s capital. 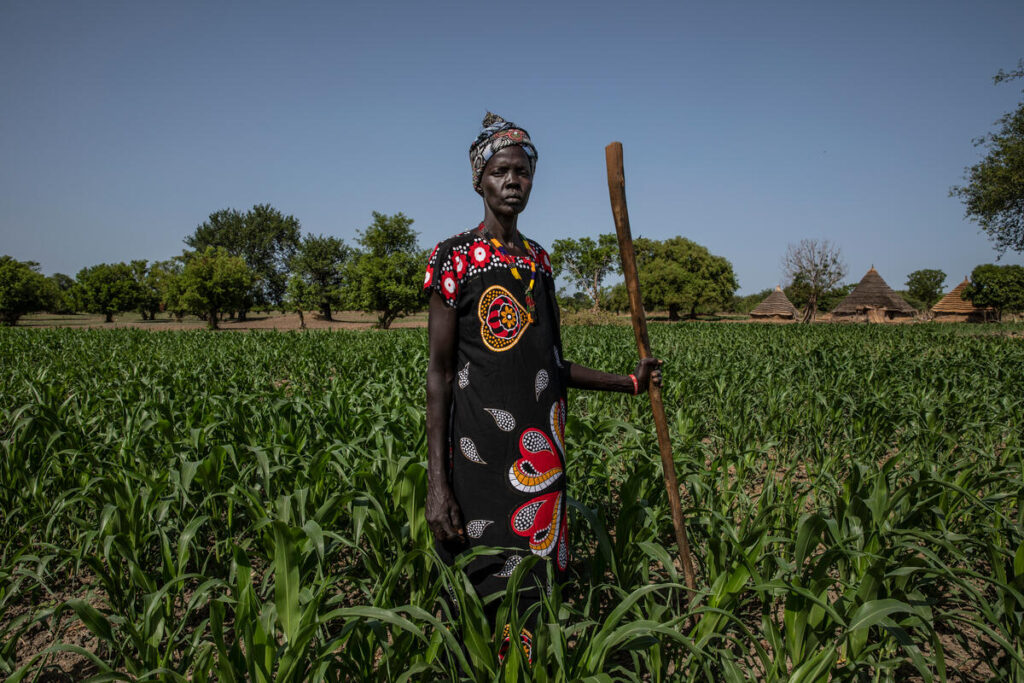 WFP has been expanding road construction in communities with the potential to produce their own food and sell their surplus, if current infrastructure obstacles are addressed. In Western Bahr el Ghazal state, in the country’s northwest, local communities are helping to construct a small network of roads.

Participants receive tools, training, food assistance and a daily allowance as they work on the projects.

“I’m very excited about it, we finally have an opportunity to construct roads and connect the villages,” says Santo Mawien, a local youth representative who participates in the roadworks. “I’m sure this project will change the life of the community and the people working on it.”

These construction projects are providing more than just immediate opportunities to earn a living. Indeed, as the Western Bahr el Ghazal roadworks near completion, the community is planning for the future. 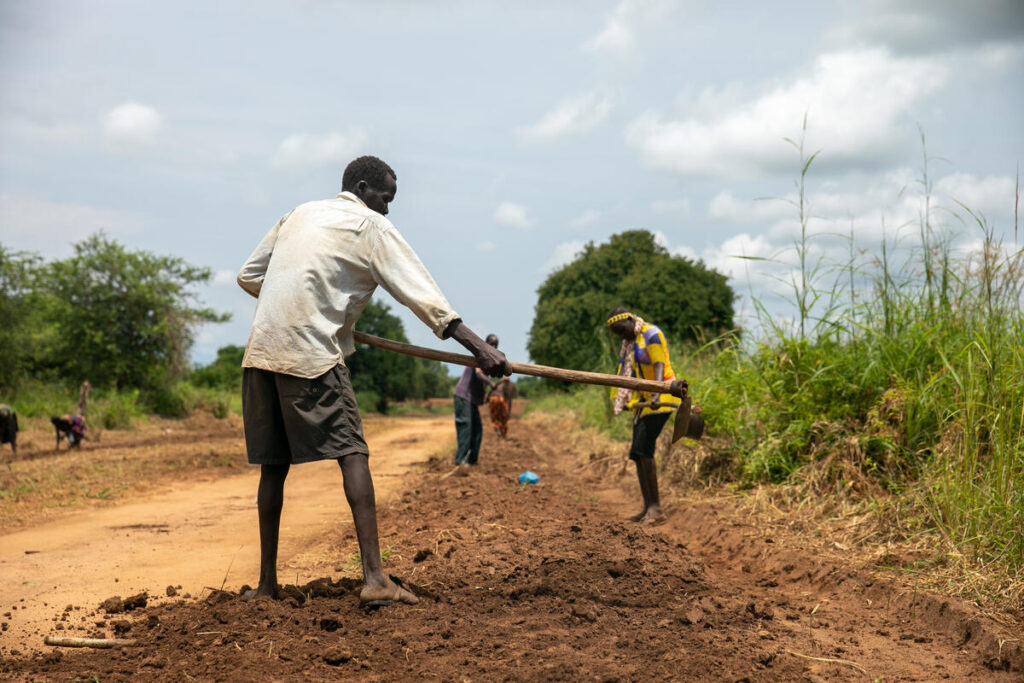 “With the money I will get from this project, I will open a small restaurant in the market,” says 35-year-old Achalla Uguak, a farmer and mother of five. “If the restaurant works well, I will send my children to study at Wau (a nearby urban centre) where the education is better, and I will improve my house.”

The construction of the roads in Northern and Western Bahr el Ghazal states and parts of the Greater Upper Nile Region is possible thanks to the Feeder Roads project, which has contributed EUR 22.1 million (US$22 million) to scale up livelihoods and resilience projects for nearly 100,000 people in the two states over the next three years. The construction of the road in Torit was made possible with support from donors.

This article originally appeared on WFP.org