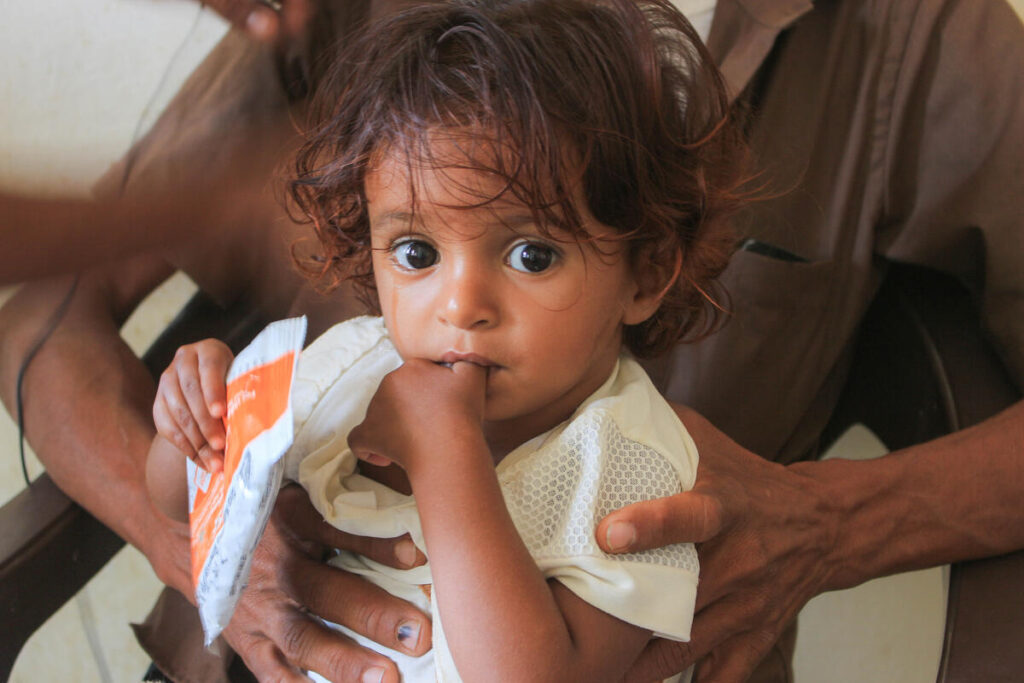 Stepping Up to the Growing Hunger Emergency in Yemen

Most of us would have to strain to imagine what life would be like if 80 percent of all the people around us, half of them children, were in desperate need of humanitarian assistance, like food, water or a place to live. For the people of Yemen, the site of the world’s most extreme humanitarian crisis, that is the relentless reality.

Since this civil war began in 2014, more than 223,000 people have died and 131,000 of those deaths were from indirect causes such as lack of food, the outbreak of otherwise preventable diseases, unsanitary conditions and scarce supplies of clean water. The economy has collapsed, 3.65 million people have been displaced from their homes, few Yemeni children are in school, and fuel is in short supply. To make an already desperate situation even worse this year, COVID-19 arrived in Yemen, alongside severe weather conditions, possibly powered by climate shock, that unleased widespread, devastating flooding.

The war has also rendered 16 million Yemenis (out of an estimated total population of more than 30.5 million) food insecure, with 5 million of those severely food insecure. About 1 million women and twice as many children in Yemen require treatment for acute malnutrition, among the highest levels in the world.

Muna (2) holds a WFP supplementary food, Plumpy’Sup, a specialized food to treat malnutrition among children from the age of 6 months to 58 months, at a WFP supported nutrition clinic in Hajjah City on 8th November.

Alarming as that toll is, it would have been far worse without the work of the United Nations World Food Programme, which manages its largest country operation in Yemen and feeds 13 million people each month. Still, a crisis of this scale and depth, and the peril that surrounds it, has presented one of the most difficult challenges the U.N. World Food Programme has ever faced.

Yemen offers a vivid, but hardly isolated, illustration of why conflict is the most potent driver of hunger. The chaos and disruption that accompany conflict have broken down previously weak infrastructures in Yemen that delivered food to people (such as viable agriculture, well-working supply chains, effective social programs and intact economic systems).

But Yemeni civilians are not just unintended victims of the inevitable collateral damage of conflict. Many have become its primary target, as combatants have quite deliberately wielded food as a weapon. Adopting one of the oldest and cruelest forms of warfare, they choke off the food supply to gain military advantage through mass starvation.

That familiar connection between conflict and hunger prompted the Nobel Committee to bestow the 2020 Nobel Peace Prize this month to the U.N. World Food Programme, much of whose work takes place in the most complicated and dangerous conflict environments. “We will never achieve the goal of zero hunger unless we also put an end to war and armed conflict,” the Nobel Committee noted in its citation in October.

In the meantime, the U.N. World Food Programme is working furiously to keep large segments of Yemen’s population away from the precipice of famine, which is characterized by prolonged hunger that results in widespread, severe malnutrition and death by starvation and disease. But, in spite of our efforts, that goal is beginning to slip away.

That’s the reality for Arafat and his family. Arafat, his wife, and their children fled violent conflict in Hodeida, landing in a single room in Sanaa. They depend entirely on WFP to survive, but like many others in Yemen, they now receive assistance on alternate months instead of monthly because our funding has run short. Arafat’s youngest son has recently been diagnosed with severe malnutrition. Across Yemen, 360,000 children like him are at risk of dying if they do not receive treatment. 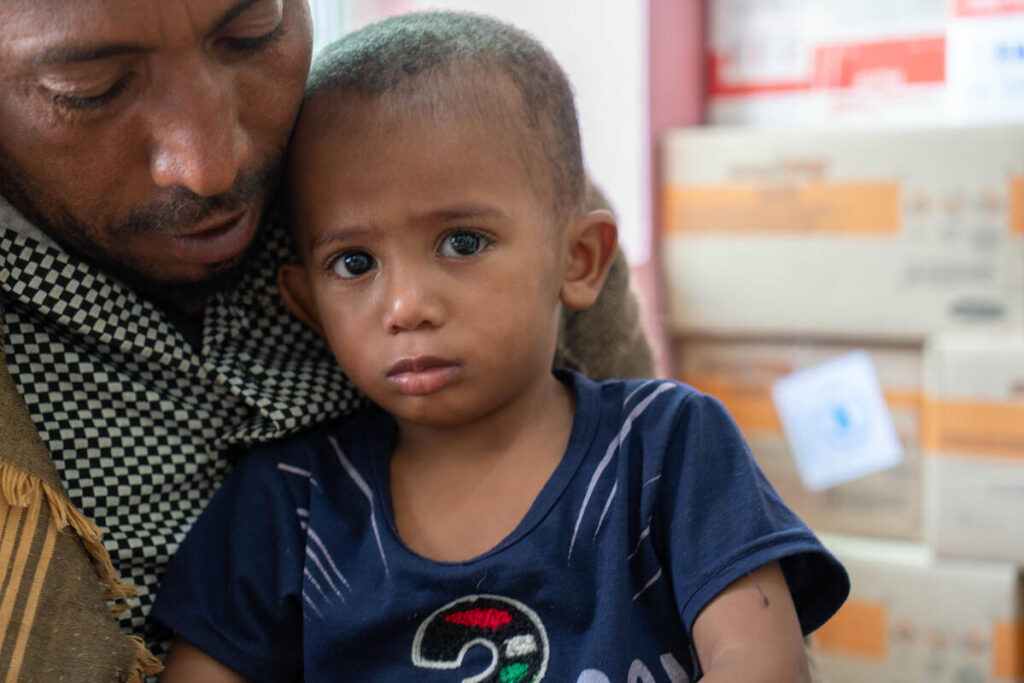 Arafat holds his youngest son, Sultan, at a WFP health clinic in Yemen.

In 2020, the conflict has intensified, driving up food prices and, with them, the reach of hunger. At the same time, the COVID-19 pandemic has further inflamed the crisis of food insecurity in Yemen (and in many other parts of the world) and triggered funding shortfalls that have reduced the U.N. World Food Programme’s ability to serve those hardest hit with hunger. As I write this in mid-December, we are holding our breath in anticipation of the worst possible news: that famine is not only imminent in Yemen but already underway.

Famine is a tragedy not only because it takes and devastates so many lives. It is also an indicator that the humanitarian systems we and other organizations have worked so hard to sustain have failed. And that is heartbreaking because famine, and the damage it does, is entirely preventable.

The crisis in Yemen – and, in this difficult year of pandemic, in many other parts of the world – has tested the limits of the U.N. World Food Programme. But it has also strengthened our determination to step up to the heightened need for food assistance in Yemen and worldwide. We estimate that doing so in 2021 will require more than $15 billion – twice our current revenue forecast. Our hope is that, recognizing the extraordinary tragedy people face every day in places like Yemen, donor governments, individuals and corporate and foundation partners will generously help us make that leap.

By Barron Segar, President and CEO of WFP USA