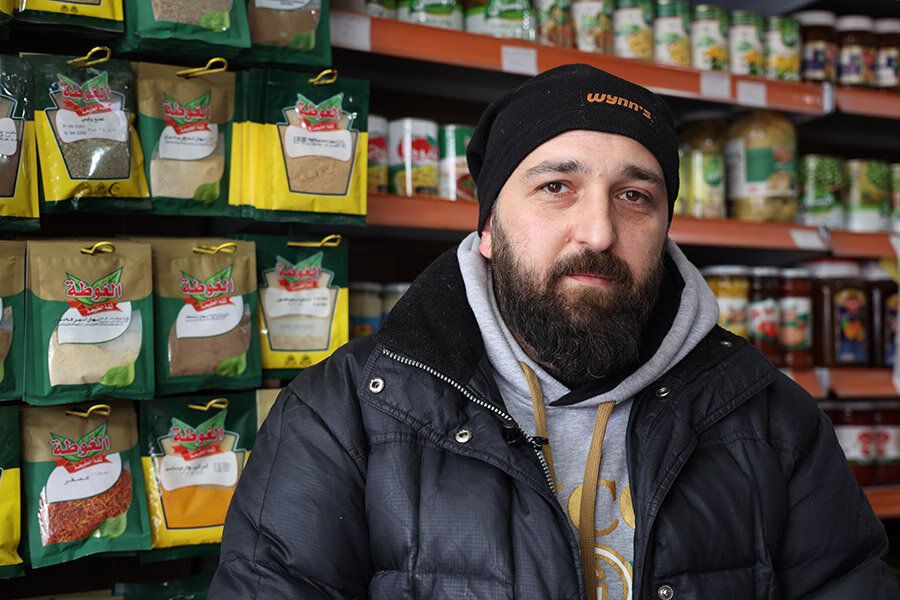 Traditionally, in the weeks leading up to Ramadan in Syria, kitchens would be filled with a host of foods and drinks identified with the holy month. The daily breaking of fasts and busy markets would treat shoppers to special seasonal offers. This year, however, as the war in Ukraine sends food and fuel prices up ever higher, there are far fewer shoppers around.

“We were hoping that by now our food assistance would be about changing people’s lives, but instead, now more than ever, our interventions are about saving those lives,” said Ross Smith, deputy country director for the United Nations World Food Programme (WFP) in Syria.

During Ramadan, tables in people’s homes are usually covered in dates and refreshing apricot and tamarind drinks. This year, few Syrians can afford such goods due to the economic crisis gripping the country. 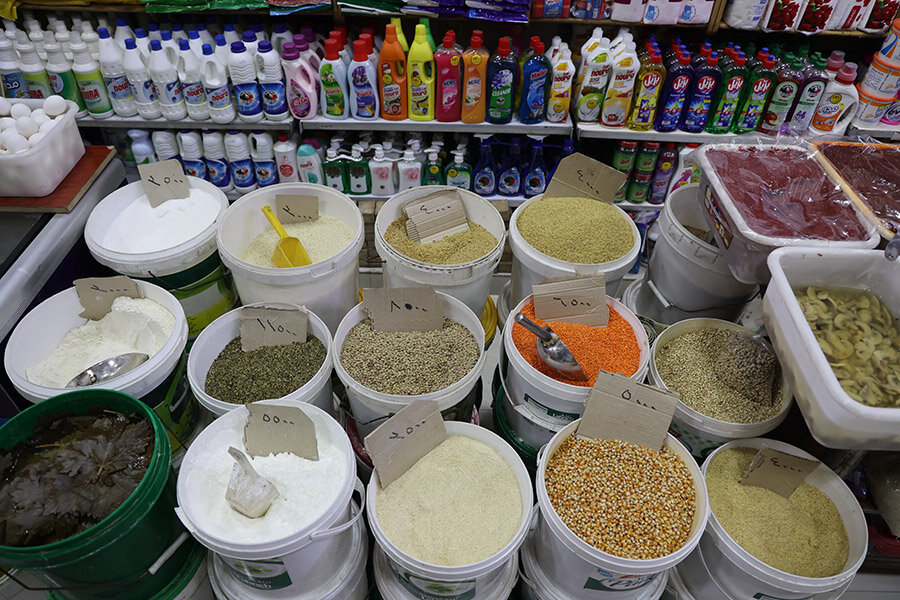 Syrians are wrestling with the ongoing economic consequences of years of conflict, COVID-19, climate change and the economic crisis in neighboring Lebanon (whose economy is closely tied to Syria’s.) The Syrian pound has lost 80% of its value since Lebanon’s crisis began in 2019, eroding the purchasing power of millions of people. Meanwhile, food prices have soared.

According to the latest data from the U.N. World Food Programme, between 2019 and 2021, the price of basic foods increased by a staggering 800%. Now, the war in Ukraine is putting further pressure on prices in Syria. Between February and March 2022 alone, food prices rose by 18% across the country. Families are now being forced to choose between buying food, fuel or medicine.

Zaher is experiencing the lowest customer turnout since he opened his store two years ago.

“People can no longer buy all the foods they need. Instead, they are buying half the quantities or settling for lower qualities to make ends meet,” he said.

After pursuing all the offers in her local store, Om Hussein gave up on finding affordable ingredients to cook a meal for her three daughters. She decided to buy some ghee and cook with whatever she can find at home. 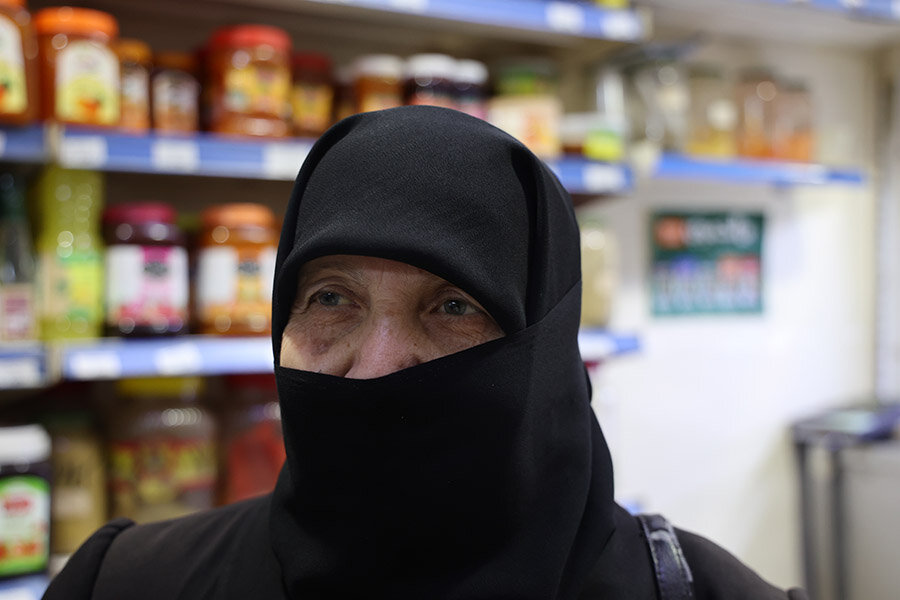 Since a can of ghee cost more than what Om had in her pocket, she took the store up on their offer of buying a small amount of ghee in a plastic bag – a style of shopping that has become increasingly common across the country after years of conflict and an unrelenting economic crisis. With the majority of Syria’s population living in poverty, most can only afford food in cups or spoons rather than cans, packs or bottles.

Aisha sells vegetables to earn an income and support her five children. However, the recent increase in prices have meant more people are cancelling their orders. As a result, her vegetables go bad, and she ends up losing instead of making money. 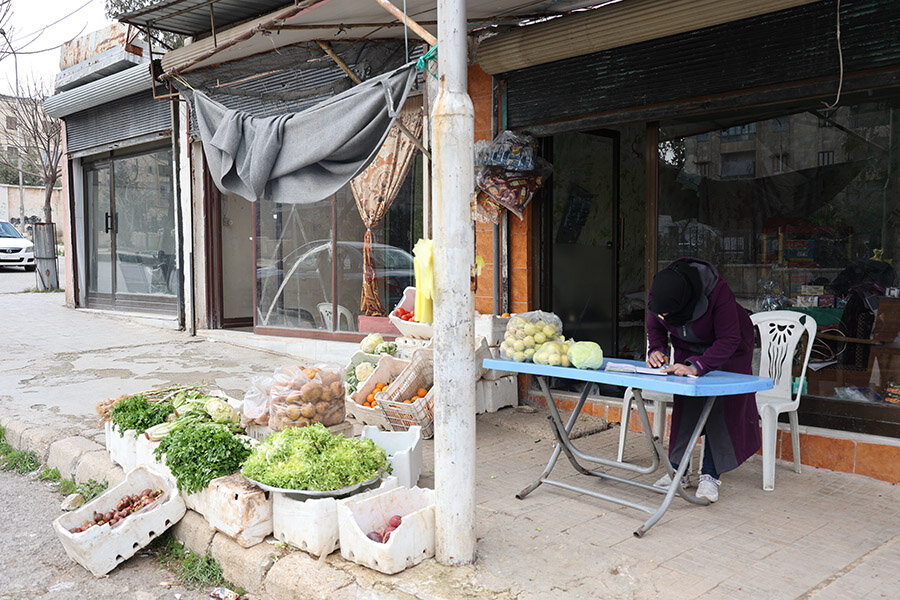 Aisha sells vegetables for a living to support her family.

“No matter how hard I work, prices jump again and I can’t attend to my children’s needs,” she says. “I often have to resort to using credit, but people are no longer able to lend me money as they are struggling themselves.”

Aisha says if it wasn’t for the support of the U.N. World Food Programme’s monthly rations, it would be impossible for her and her family to survive. 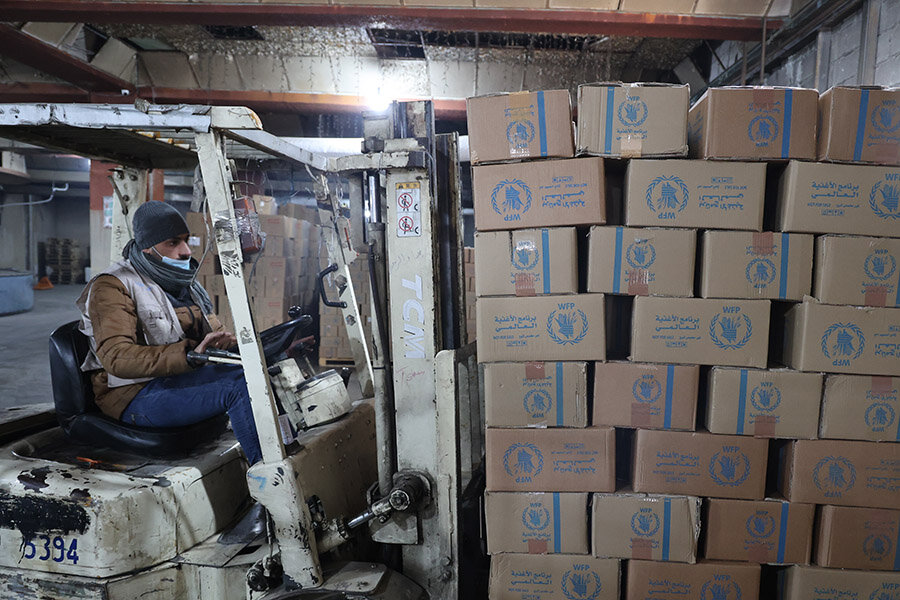 This story originally appeared on WFP’s Stories on April 14, 2022 and was written by WFP Staff.