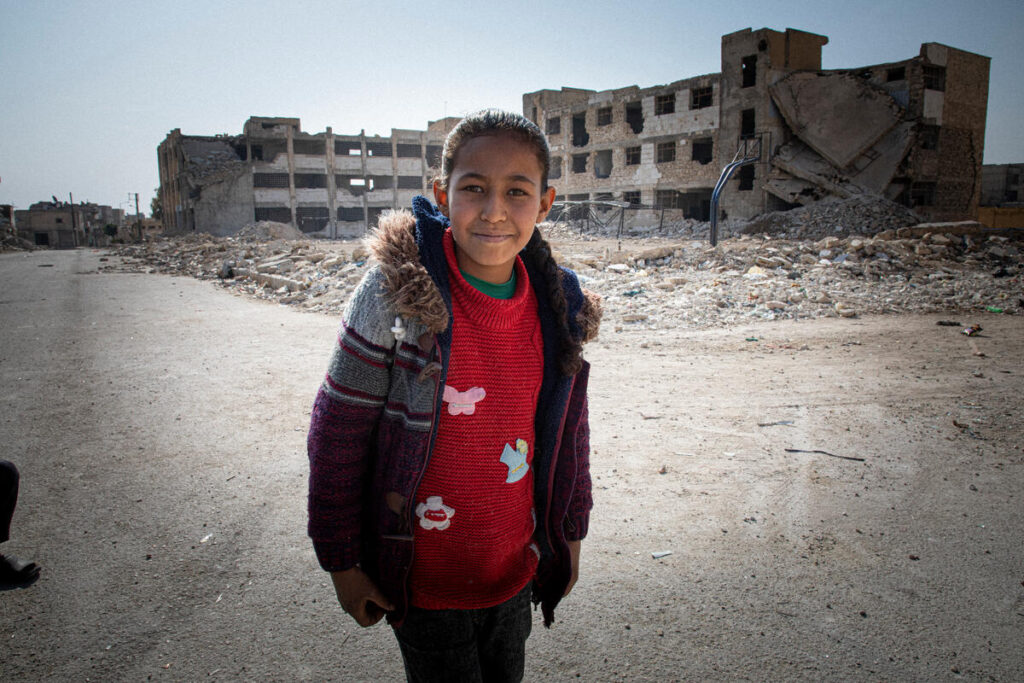 A Look Back at Syria’s 2021: People at the Heart of One of the Country’s Toughest Years

On the eve of the 10-year anniversary of the Syrian crisis in March 2021, the United Nations World Food Programme (WFP) found that the country’s already high levels of hunger had dramatically increased. In just one year, an additional 4.5 million Syrians were now hungry, bringing the total to a staggering 12.4 million people – the highest number ever recorded.

After a decade of conflict, life is harder than ever for the majority of Syrian families. In 2021, 6.8 million people were internally displaced and were left struggling to rebuild their lives after years of tragedy, uncertainty and unimaginable loss. Many families struggled to cope with the economic crisis and exhausted their savings. Throughout the year, basic food items – including bread, lentils and rice – became more expensive than ever before. At the same time, the value of the Syrian pound dropped.

To support them, the U.N. World Food Programme scaled up to provide lifesaving food to an additional 1 million people from August onwards. We provided school meals and snacks to students, nutrition support to pregnant and nursing mothers and children, and helped families across the country boost their self-sufficiency. Today, 5.7 million people are receiving our monthly support including these resilient men and women, boys and girls: 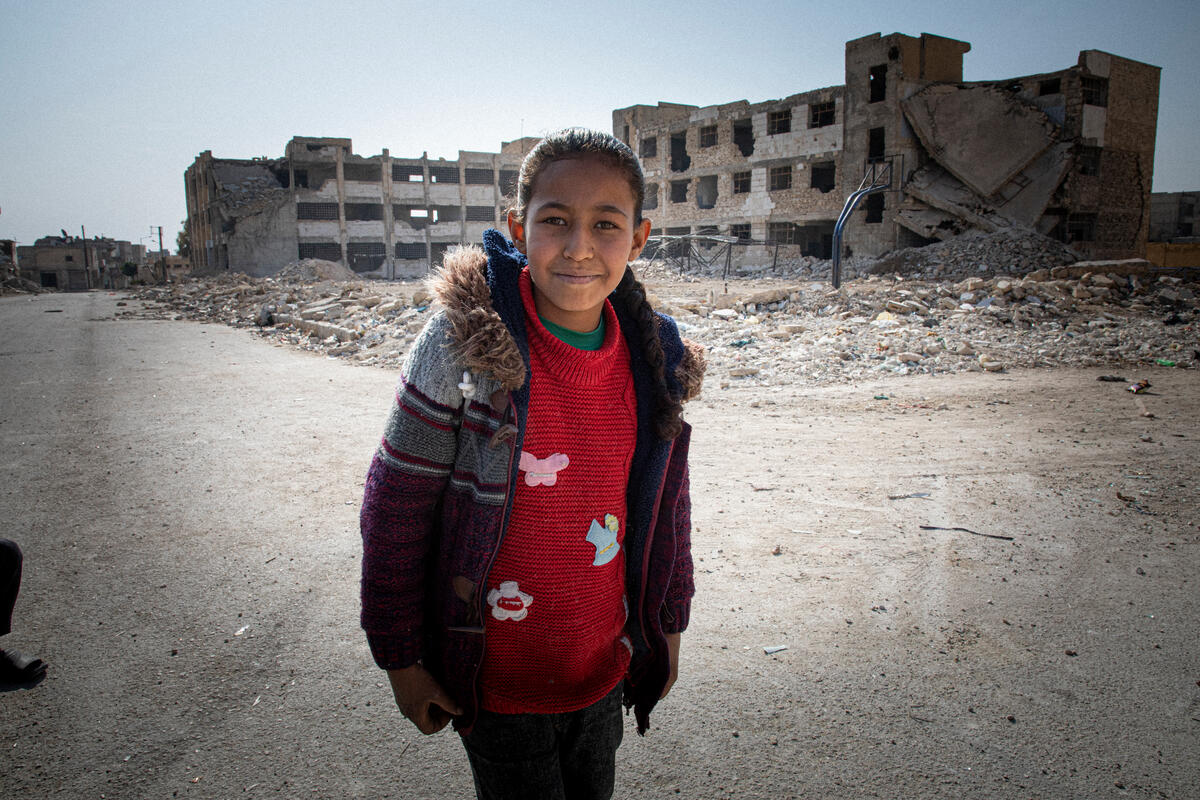 Nour missed years of school during the conflict in Aleppo. Now she’s back in the classroom and her family receives a monthly electronic voucher from the U.N. World Food Programme to buy the food they need. 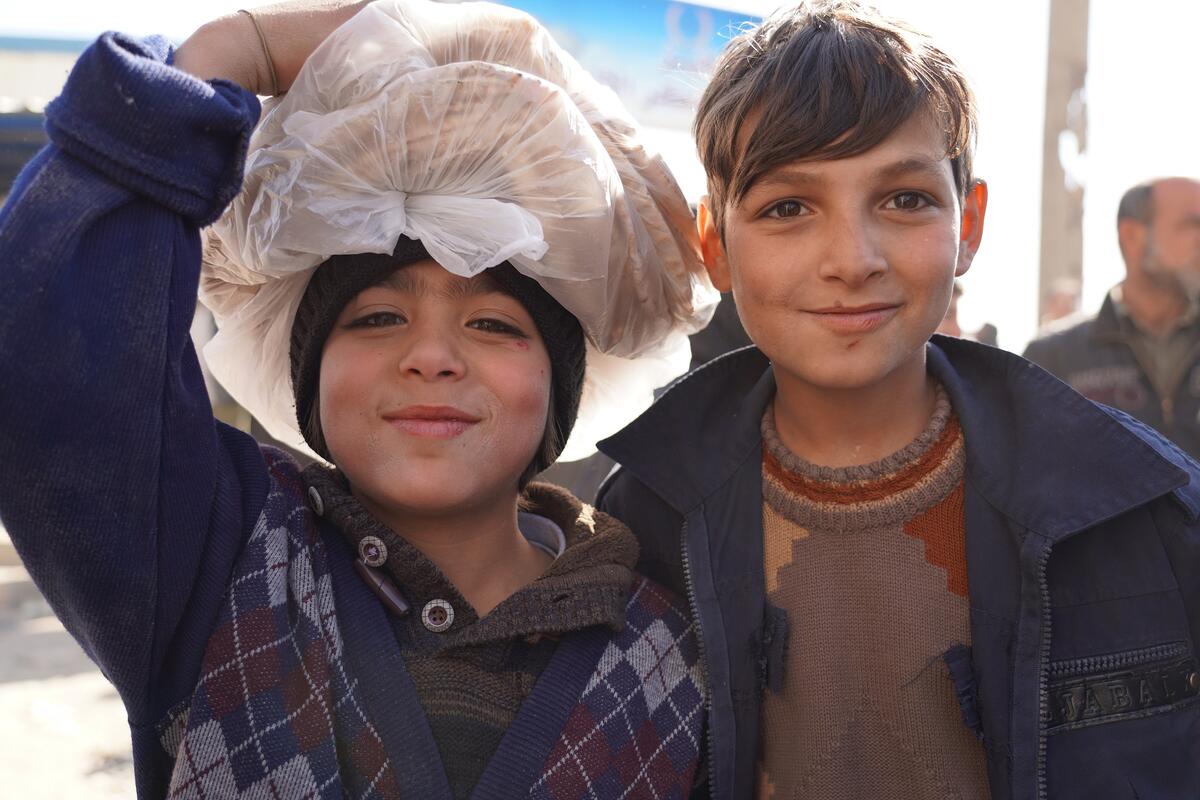 Two boys collect fresh bread for their families at a bakery rehabilitated by the U.N. World Food Programme in Aleppo. 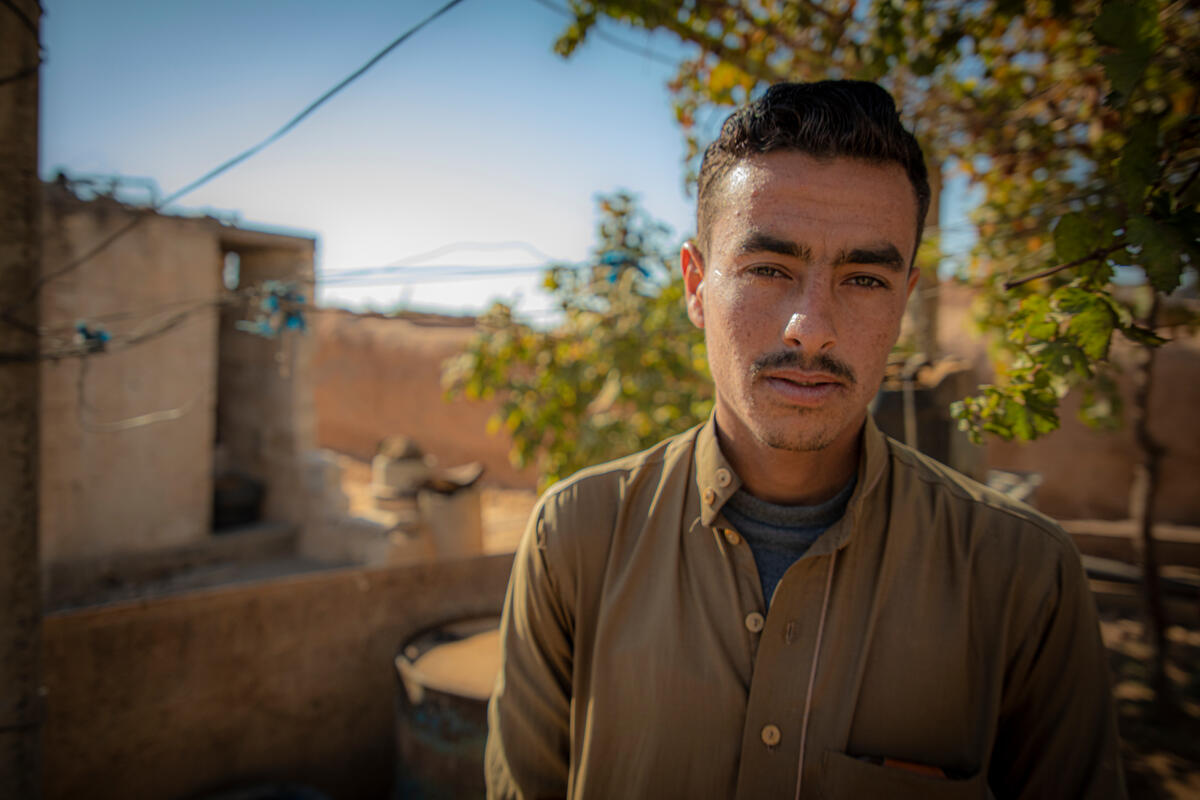 Irfan’s family was unable to farm when the irrigation canals were destroyed near their home. With help from the U.N. World Food Programme, the canals were rehabilitated and there is hope that the land can once again produce harvests of wheat, corn, cotton and vegetables. 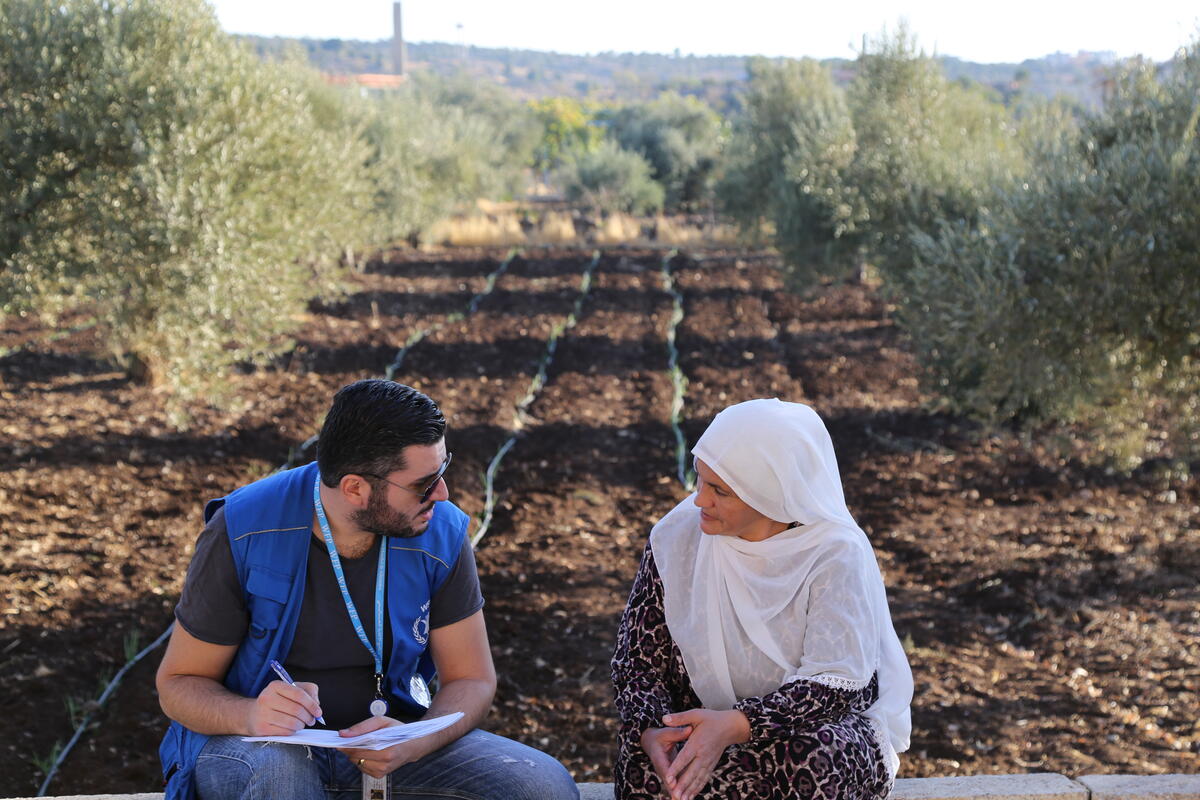 U.N. World Food Programme Field Monitor Sobhi Fallouh met with a participant at one of our kitchen garden projects in Swaida. Through this project, families receive support to grow their own food close to home. 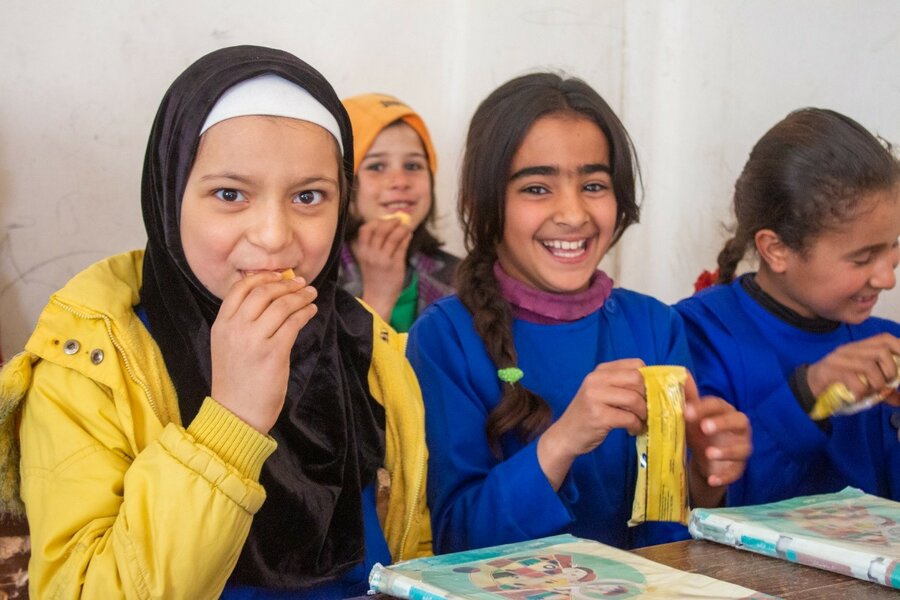 These girls in Aleppo are some of the approximately 481,000 students across Syria who eat a healthy snack at school. These snacks, fortified with vitamins and minerals, help children to concentrate in class and for many it’s their first meal of the day.

From medical clinics to classrooms to kitchen tables, the U.N. World Food Programme delivered food to the people who needed it the most. In the midst of COVID-19, our staff have traveled across the country to make sure that more families than ever before can access the food they need.

Looking ahead to 2022, huge challenges remain. When U.N. World Food Programme Executive Director David Beasley visited Syria in November, he said: “Mothers are telling me that with the upcoming winter they are caught between a rock and a hard place. They either feed their children, and let them freeze, or keep them warm and let them go hungry. They cannot afford both fuel and food.” 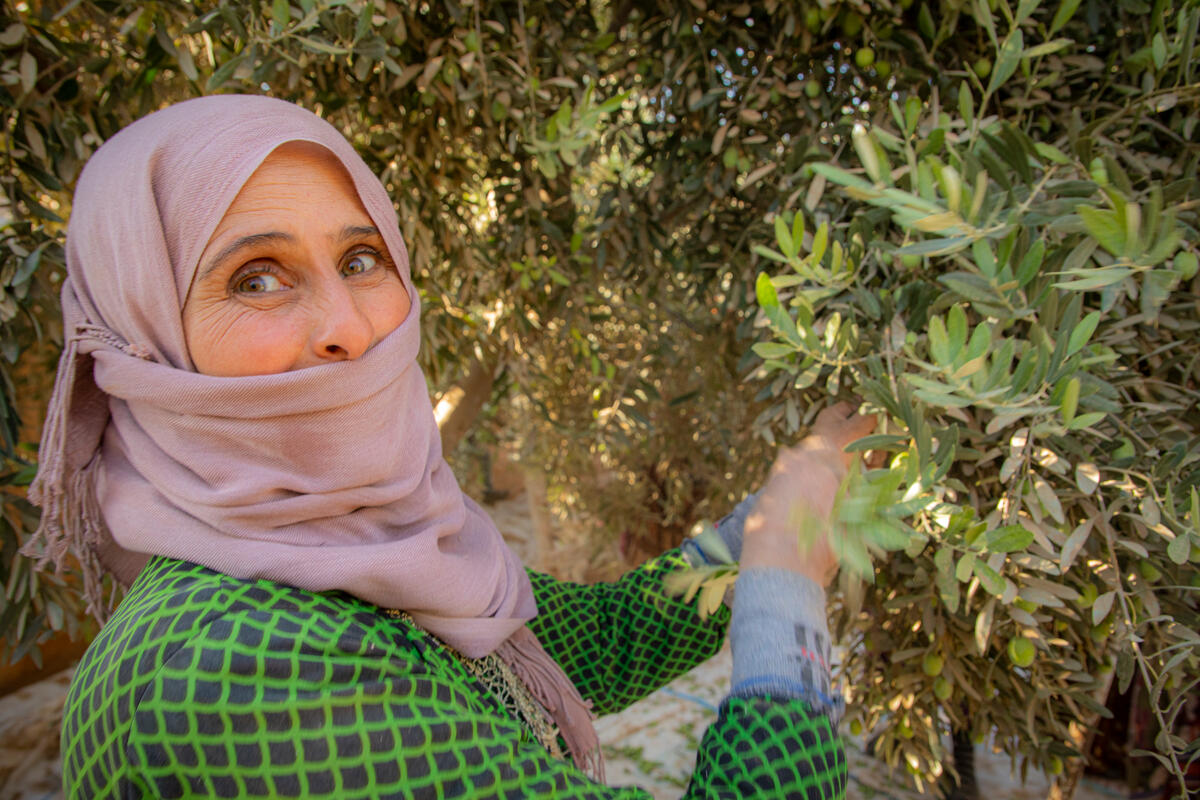 A farmer collects olives from her tree in Maskaneh Sharq, Aleppo. Her family now has access to water after the U.N. World Food Programme rehabilitated irrigation canals. 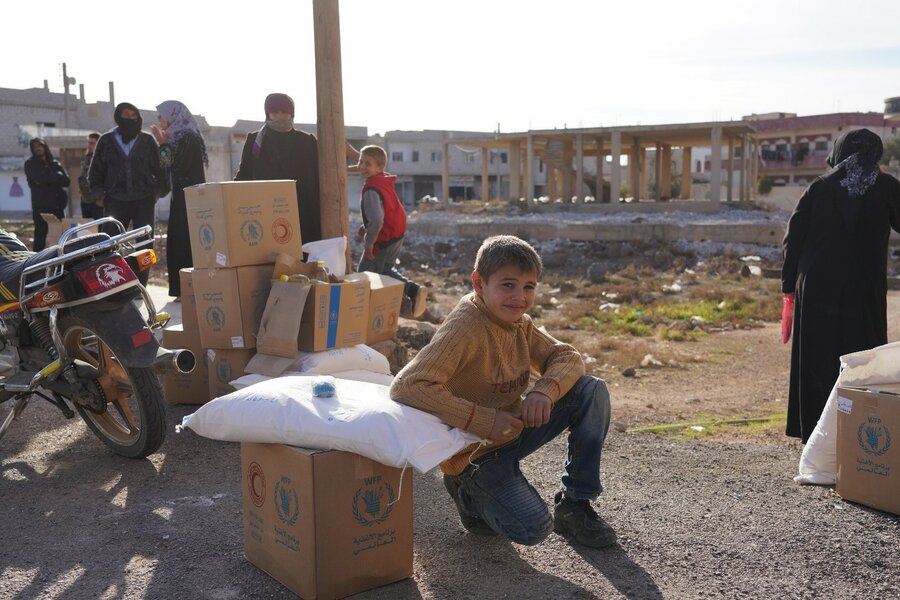 A boy in Busra Dara receives food from the U.N. World Food Programme and soap from UNICEF. Both organizations worked together to support families during COVID-19.

Amidst the destruction and devastation in Syria, there are always moments when people’s determination will never cease to amaze. Parents who talk proudly about their children recovering from malnutrition, farmers who are rebuilding their livelihoods and their sources of food, teachers who make sure all of their students arrive at school each day and eat a healthy snack in class. Hope for peace remains.

This story originally appeared on WFP’s Stories on December 30, 2021 and was written by Jessica Lawson.