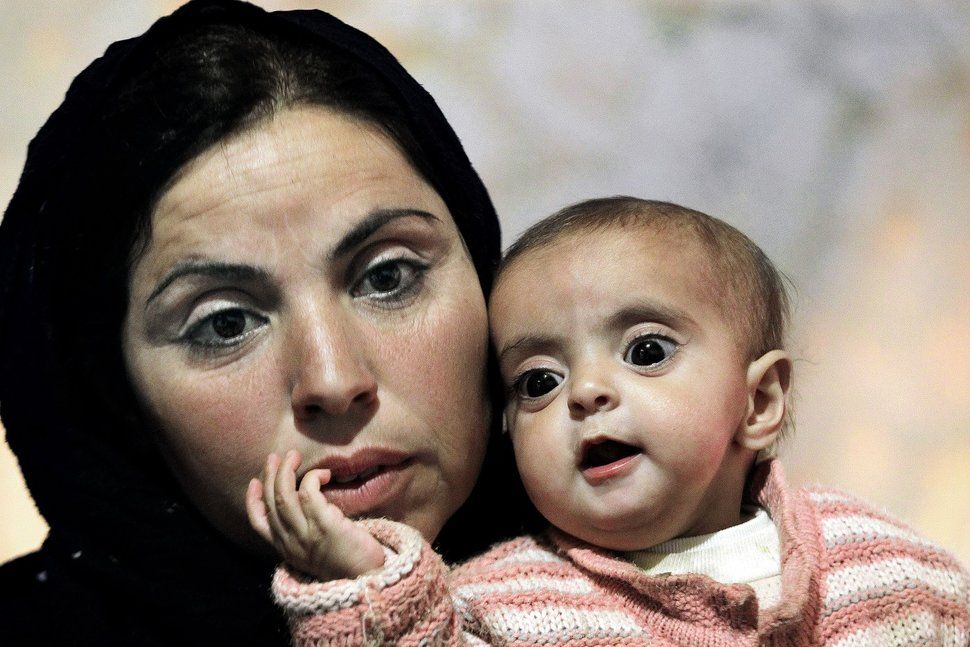 There’s a mother from Syria who becomes physically ill every time she receives a text message from the U.N. World Food Programme (WFP). She says each message prompts renewed dread that her family’s rations will be cut – again. Like many of her fellow refugees in the Zaatari refugee camp, this woman relies on humanitarian assistance to get by. But it’s barely enough.

Throughout our trip to Lebanon and Jordan last week, we encountered similar tales of despair. After more than five years of living in camps, makeshift settlements, dilapidated apartments, rundown shacks, abandoned factories and vacant schools across the region, many Syrian refugees are losing hope. These families might not be dying, but they are barely living. 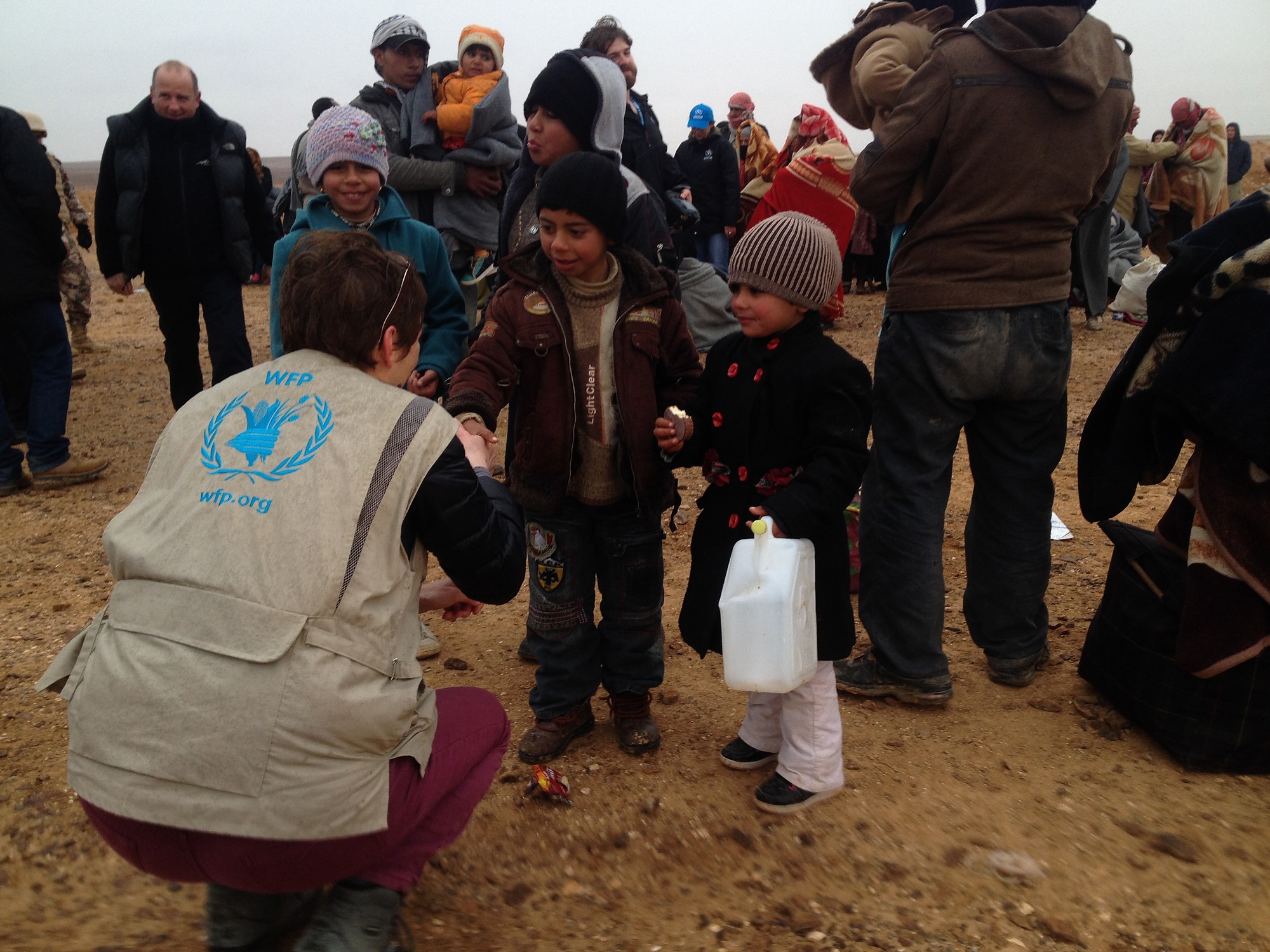 Syrian children are greeted by a WFP aid worker as they cross the border to reach Jordan’s Zaatari camp.

Over the last week, we’ve seen the human face of war: The innocent who have suffered because they’re caught in the crossfire, their homes destroyed. We heard stories of loved ones who are dead, missing or injured, we spoke to parents whose eyes teared up when asked about their futures, whose children do not attend school because there is no room or they need to work.

These families now pass their days haunted by their thoughts with very little to do, sitting in bare rooms in Amman or refugee camps or settlements. They’ve lost hope. Their lives are shattered. Unable to work legally, they spend their days waiting, repairing holes in the roof of their shelter, fathers ashamed because they’re unable to provide for their families, covering their faces to hide their tears. We were also reminded during our trip that children make up the majority of these refugee communities. 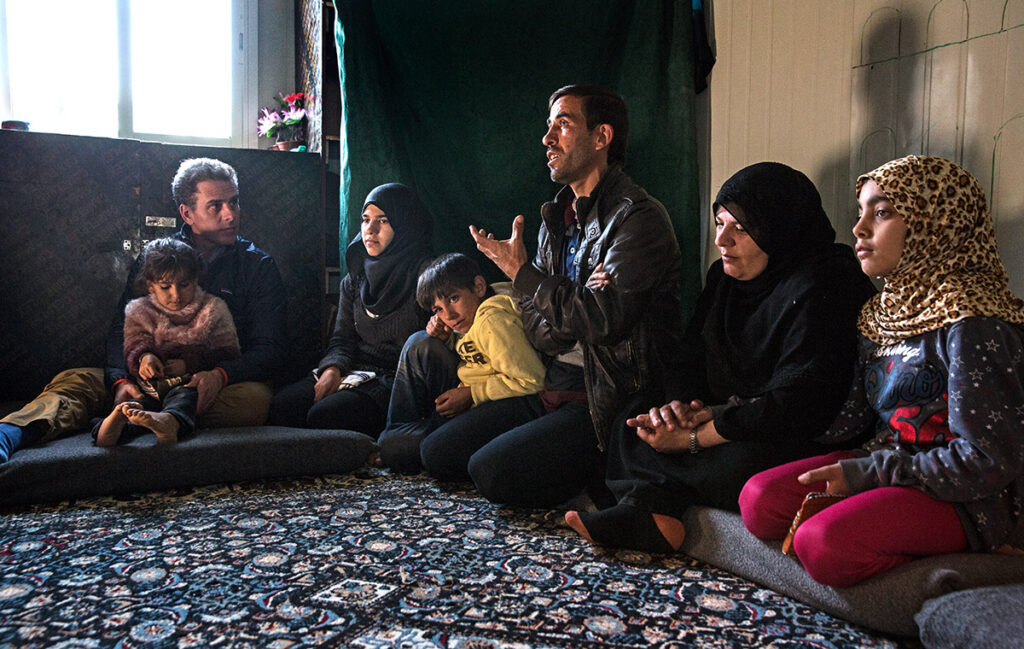 Maarouf Al Refaei fled Syria three years ago with his wife Hind Elqasem and their five youngest children. They had to leave their 20-year-old son behind and have yet to be reunited.

When we asked a Syrian refugee and father of four what he did for a living, the man broke down crying. A former mechanic, he cannot legally work so he depends on emergency food assistance to feed his family, for now at least. Last year, WFP was twice forced to cut its rations to refugees living in Lebanon and Jordan, where more than 1.6 million Syrian refugees now live. In fact, Syrians now make up nearly one-fifth of Lebanon’s population. These countries are struggling to cope with a massive influx of refugees while bearing an enormous burden for rest of the world.

But these ration cuts are not for a lack of capacity or expertise. Humanitarian agencies already have the systems in place to carry out one of the largest emergency relief operations in history. These humanitarian agencies simply lack the money to fully fund the operation.

In the weeks ahead, world leaders must address critical issues: Improving access to education so all children can attend school; encouraging private-sector investment in host nations like Lebanon and Jordan to create jobs for Syrian refugees as well as the local population; providing adequate housing and healthcare; securing access to besieged areas within Syria; among other major challenges. Failure to resolve the bigger conflict means the refugee situation could become permanent and ignite further instability across the region and worldwide.

But there is something we can do right now – today – to offer hope to Syrian families: Feed the hungry. Many of the challenges facing Syrian refugees won’t be solved overnight. But we can address today’s food needs and prevent hunger now.

Providing emergency food assistance to Syrian refugees doesn’t just benefit the refugees themselves. It also bolsters local economies in host nations that desperately need our support. World Food Programme’s electronic voucher program enables refugees to shop for locally produced food, thus helping local businesses while saving time and money on shipping and storage costs. Yet today, due to funding shortfalls, e-voucher amounts in Lebanon and Jordan are only 75 percent of what is needed to meet the minimal nutritional requirements, putting vulnerable children at risk of malnutrition. As a result, Syrian mothers like 52-year-old Fatmeh in Lebanon are forced to wrap their children’s bellies with scarves to help them cope with hunger pangs. 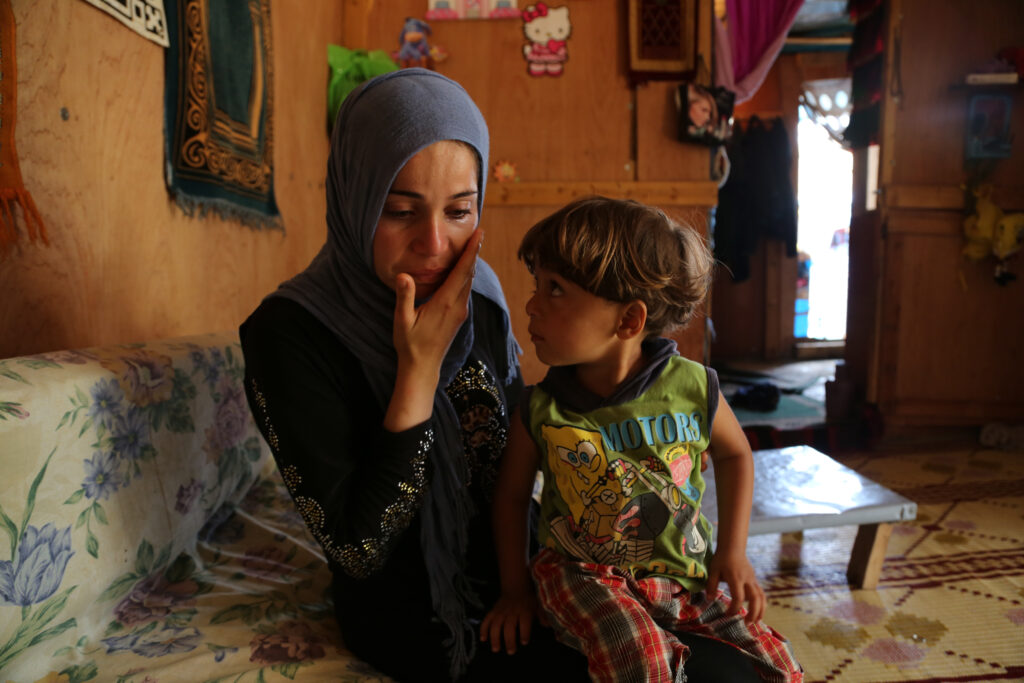 Fatmeh recalls gasping for breath, ducking and crawling toward her husband Ahmad who was cradling their son Belal underneath the dining table when their neighborhood in Idlib came under attack. They held each other until the shelling subsided and escaped to Lebanon that same day.

U.S. officials are attending a conference in London today cohosted by the United Nations, the United Kingdom, Germany, Kuwait and Norway to examine the refugee crisis and raise support for relief. These talks should not conclude until the entire $1.3 billion needed to feed Syrian refugees through 2016 has been fully funded.

For five years, Syrian families have lived their lives in limbo, not knowing when they can return home or what kind of future awaits their children. One thing they should not have to worry about is where they will find their next meal.