Skip to content
Home > Newsroom > The Economic Impact of Co... 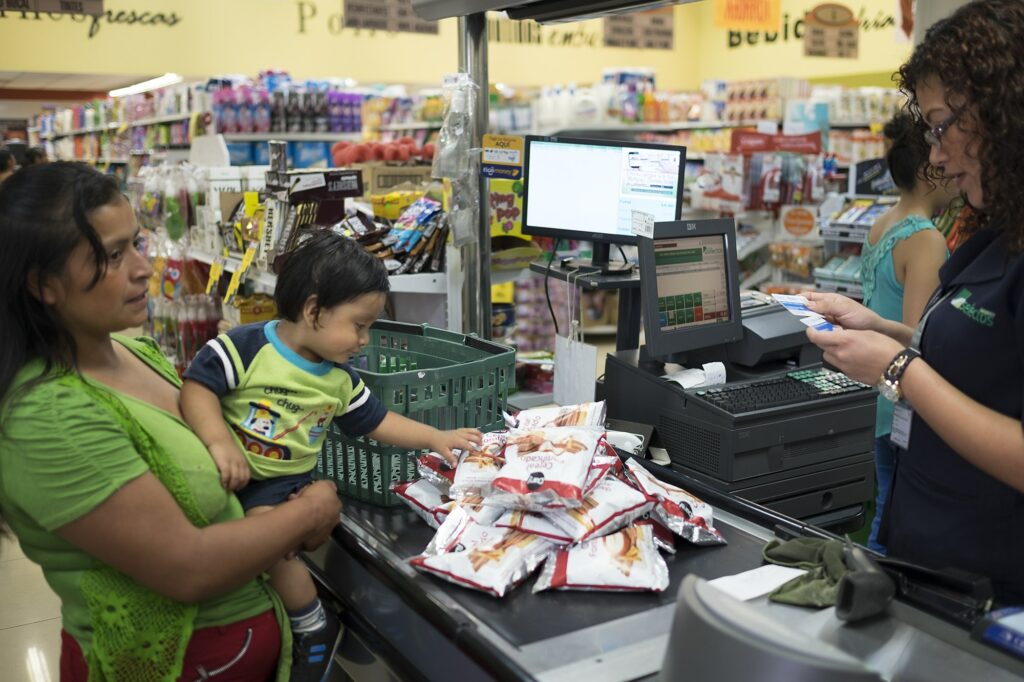 In the past few weeks, as the novel Coronavirus (COVID-19) infection reached pandemic proportions, we have developed an obsession with figures and statistics:

But these are not the only numbers keeping people awake at night. While still uncertain in its magnitude, the economic impact of the outbreak is of great concern too.

“It is still too early for an accurate assessment of the impact of COVID-19 on the economy,” says the World Food Programme (WFP)’s Chief Economist, Arif Husain, speaking from an eerily quiet, locked-down Rome.

“Too much depends on what is not known — how long the outbreak lasts, how many countries it affects, and the type of policies governments will put in place to respond to the crisis.”

“What is sure is that an economic downturn is to be expected at the global level, and that this is likely to trickle down to developing economies. In these contexts, a slowdown in the economy can exacerbate existing food insecurity. It limits people’s ability to access nutritious food in different ways, including through reduced income or increased job insecurity,” Husain explains. 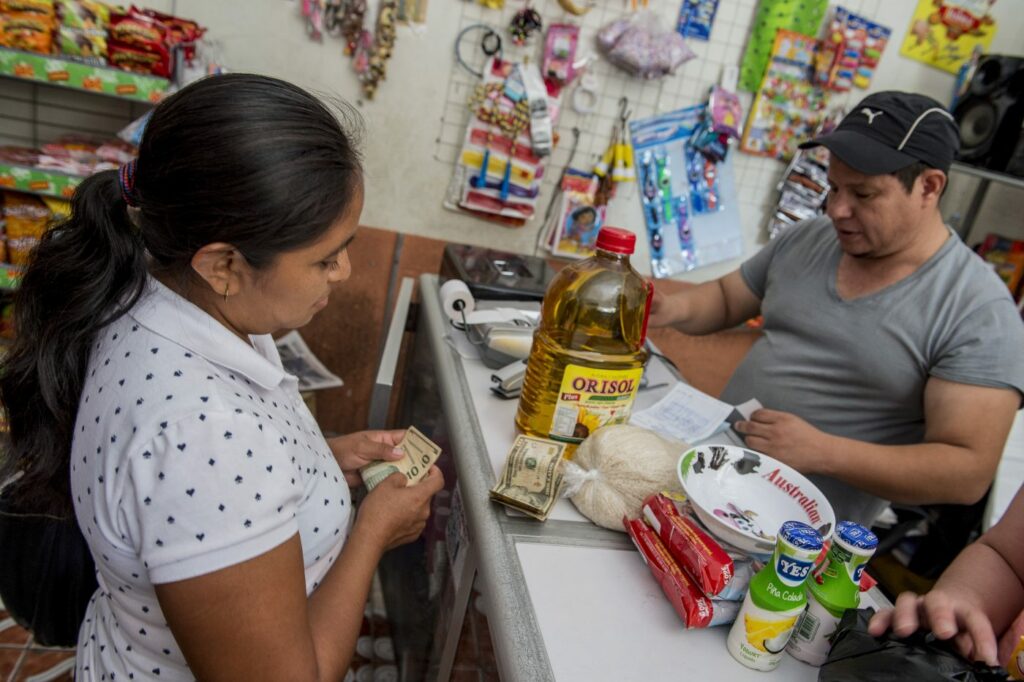 A woman in El Salvador pays for her shopping at a local grocery store with money she received through WFP’s Resilience and Climate Change Programme.

While the food and agricultural sector should in principle be less affected than others, illness-related labor shortages, transport interruptions, quarantine measures limiting access to markets, and supply chain disruptions resulting in food loss and waste could affect supply.

On the demand side, a loss of purchasing power caused by the disease could change people’s eating patterns, resulting in poorer nutrition. Panic purchases of food — as those recently witnessed in countries around the world — could break the supply chain and cause localized price hikes.

Apart from the food security implications of a COVID-19-triggered economic slowdown, an extensive spread of the disease in a poorer and more food insecure country could take a heavier toll on the economy than in those currently affected.

The resulting larger hit to the workforce in more food insecure, lower-income countries would coincide with often more labor-intensive production, aggravating the repercussions on output. At the same time, service industries in poorer countries are often less digitized and more reliant on face-to-face contact, meaning that containment measures, designed to limit human interaction, or avoidance by scared customers could hit harder. 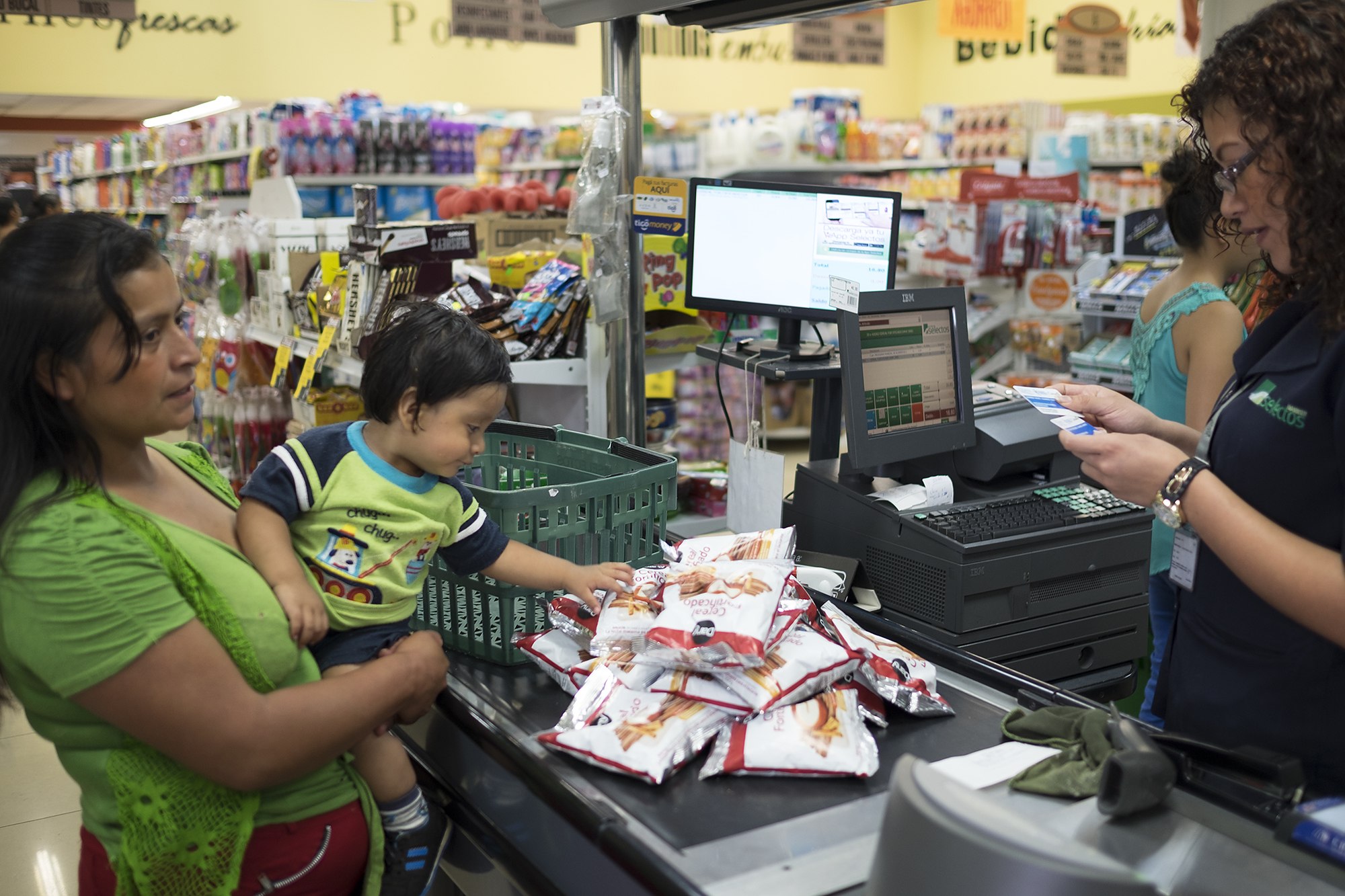 A mother uses her WFP debit card to buy Super Cereal Plus for her children at a grocery store in Juayua, El Salvador.

In several lower-income countries — for example in Sub-Saharan Africa — a warmer climate and younger population, coupled with a less dense and predominantly rural based population and more limited travel networks both within and between countries could reduce the pace at which COVID-19 spreads.

However, Husain is worried.

“In some contexts, the economic consequences of this disease could end up hurting more people than the disease itself,” he says.

“Think about poor people in many countries who rely on imports for their food and fuel needs and exports of primary commodities to pay for them. For them, a COVID-19-triggered global economic recession will mean a lot more expensive imports and a lot less money through exports. We need to make sure that they survive the double whammy.”

So, what is the recipe for limiting the food security impact of the current crisis?

“The good news is that this pandemic does not necessarily have to turn into a food security crisis,” Husain says, warning that: “The extent to which COVID-19 will affect food markets is conditional upon countries staying calm even in the face of supply chain hiccups and not resorting to protective policies.”

“The smooth flow of global trade will help secure food supply,” Husain notes. “And monitoring food prices and markets — an area where WFP has longstanding expertise — and sharing relevant information transparently will strengthen government policies and prevent people from panicking.”

Importantly, the most vulnerable countries and populations should be supported — not just in providing medical care, but also assistance through safety nets that have the flexibility to respond to shocks.

“With the continued support of our donors, WFP can contribute to providing this support, helping societies and families recover faster after the epidemic,” Husain concludes.

Help protect people against the impact of COVID-19 by donating today.

This story was written by Simona Beltrami and originally appeared on WFP’s Insights.

Special Interests:Coronavirus,Extreme Poverty,Food Security
Share this story
<< Read the previous story: ‘We Can Now Collect Food With Dignity’
Read the next story: Food Stocks and Medical Supplies: How WFP Is Rising to the Challenge of COVID-19 >> 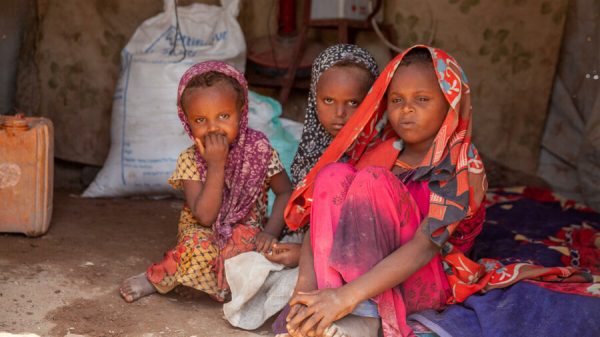 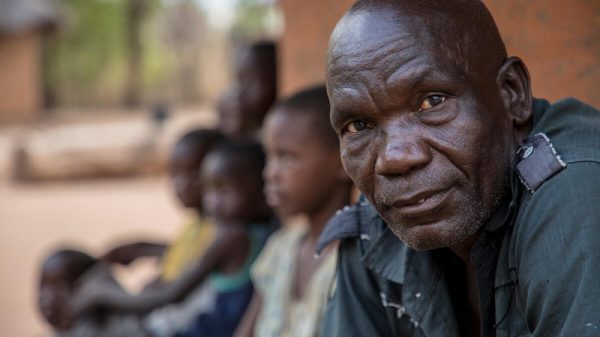 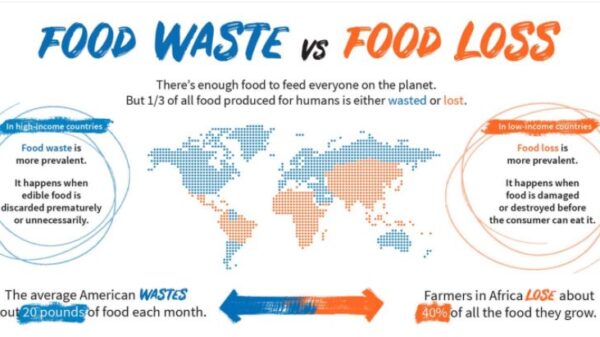 Food Waste vs. Food Loss: Know the Difference and Help #StopTheWaste Today
Explore About Us WFP's Work U.S. Policy Newsroom Podcast
Get Involved Start a Fundraiser Be a ZeroHunger Hero SharetheMeal App Corporate Partnerships Foundations
Donate
It looks like you're outside of the United States.