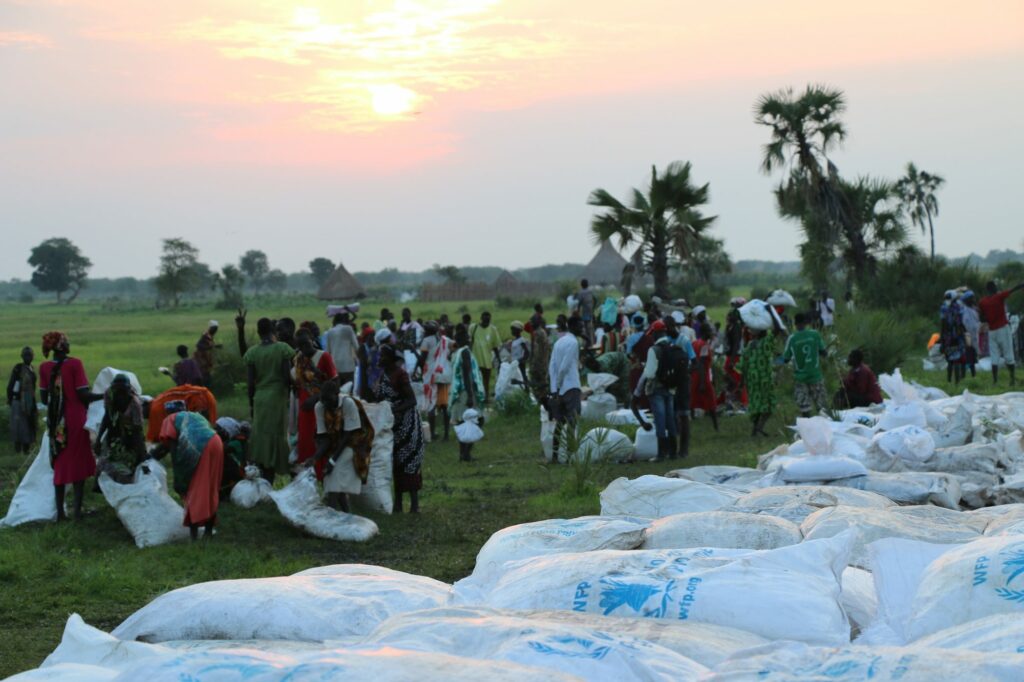 When Rose Ogola, a World Vision staffer stationed in Juba, South Sudan, visited a health clinic three days after famine was declared in the world’s youngest country, she recalls meeting a mother of four named Lona struggling to feed herself or her children.

ROSE: “What pulled my heart strings the most was seeing these children trying to breastfeed from their mother. And clearly, there was very little if any milk that was coming out. Because they kept crying and trying to pull and pull. And finally they just abandoned. They stopped trying to suckle and instead they were crying. And for me, it really haunted me even when I came home. Because I was trying to put myself in Lona’s shoes, as a mother. And that helplessness, it was really sad.”

It really haunted me even when I came home … Because I was trying to put myself in Lona’s shoes, as a mother. More than 100,000 people are struggling to survive in pockets of famine in two counties in the northern-central region of South Sudan. An additional 1 million people are at risk in the war-torn nation, driving people to leave their homes in search of food and safety.

ROSE: “This situation is pretty tough, it’s quite grim. Because as you move around the country, you see a lot of abandoned homesteads. You see fields of planted crops that have been abandoned and left to rot as their owners are now displaced having fled from violence. More and more children that are malnourished. It’s quite tough.” 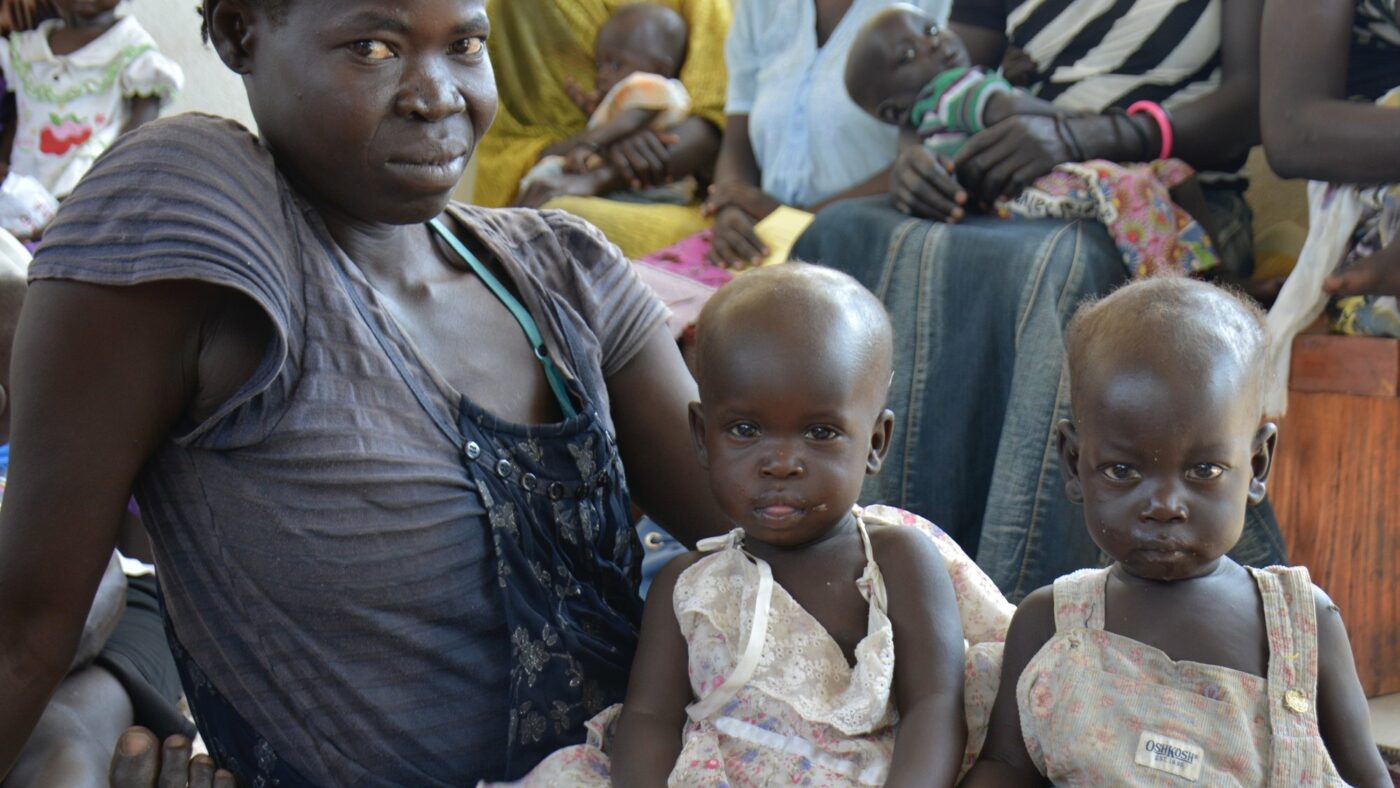 In response to the first declared famine since 2011 — the Horn of Africa crisis — the World Food Programme (WFP) and World Vision, WFP’s largest food distribution partner, are working together with partners like UNICEF to deliver life-saving food and nutrition assistance to most vulnerable children and families. It’s one of the largest humanitarian relief efforts in the world, which includes the provision of food assistance last year to more than 4 million people— as many people as WFP serves monthly within Syria.

Listen below to the full episode:

Challiss McDonough, a WFP staffer, first saw the impact of famine in Somalia in 2011, where more than 1 million people perished from hunger during the Horn of Africa crisis. It was the kind of experience that she thought would never befall South Sudan at the time of the country’s independence vote that same year in 2011.

CHALLISS: “We were, as WFP, working on a lot of stuff to help them develop their agricultural potential. It has the soil and the water resources that could make it a breadbasket for the region. And then at the end of 2013, this conflict broke out and it has gradually spread and worsened and created a humanitarian catastrophe that I think nobody wants to see anywhere, and it’s particularly heartbreaking coming so soon after this sort of very optimistic time.” 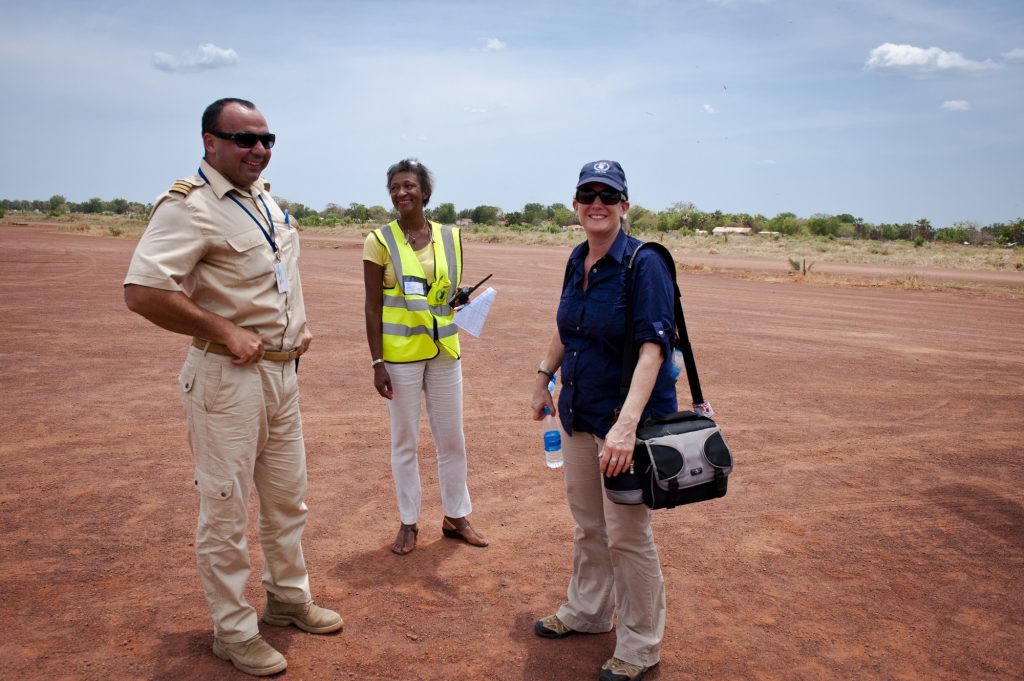 During her time in South Sudan, McDonough has met families who have walked for days — sometimes months — to find safety from the country’s ongoing violence. One mother told her she had walked for more than two months with her child on her back to escape violence and find food.

CHALLISS: “They have struggled and persevered through so much. The least we can do is try to meet them halfway and try to bring them something that helps give their families a hint of a brighter future. It’s impossible to meet these people without thinking about what I would do if I were in their position. And the truth is that I don’t know that I would have survived. I am not that strong.”

Be The Difference Between Life and Death