The Latest on WFP’s Response to the Rohingya Crisis 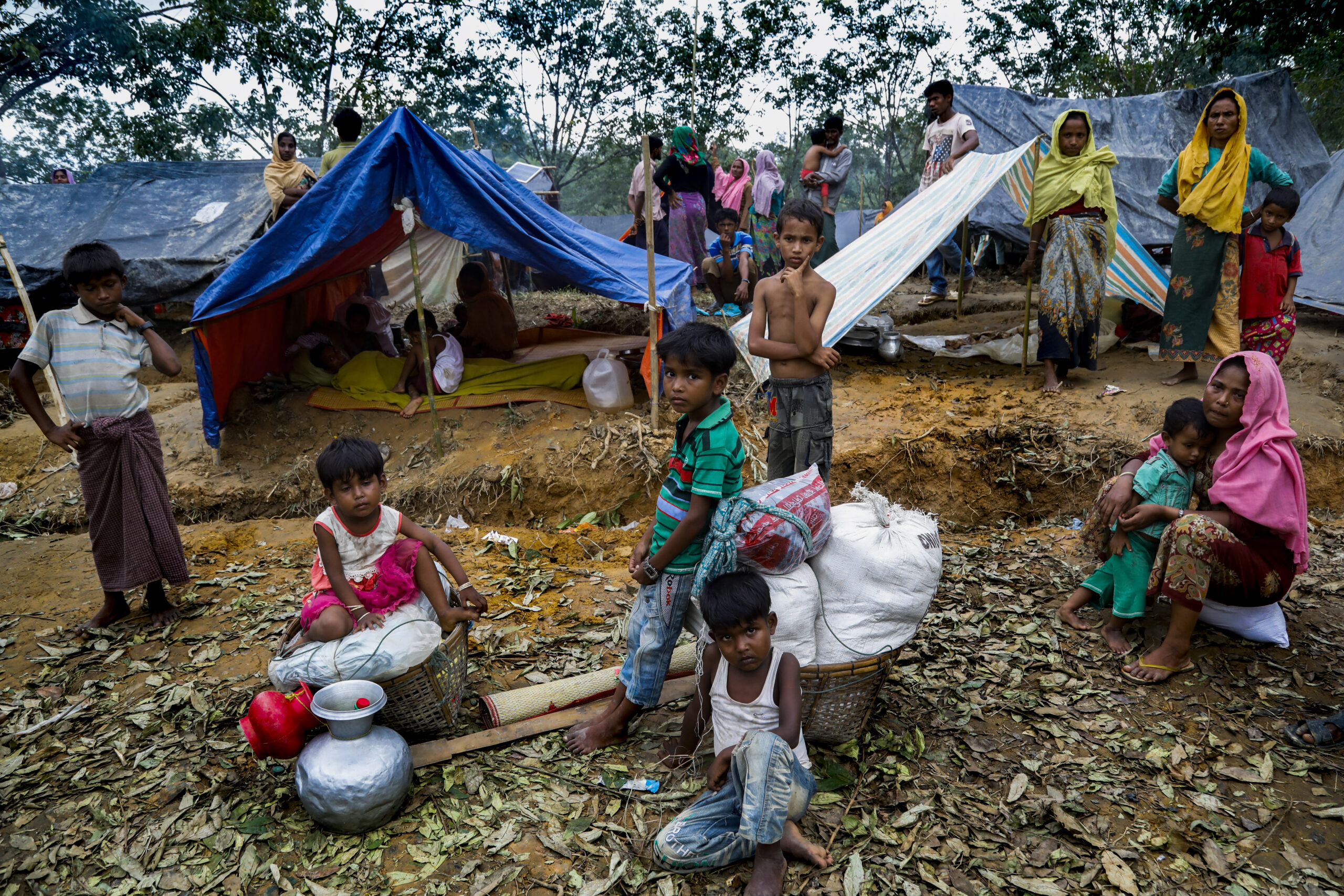 “The squalor of the refugee camps around Cox’s Bazar is hard to imagine, the nervous energy, the pressing masses of people, the mud and the grit and the smell.” “Surely every form of human tragedy can be found here.”

This is how Silke Buhr, a communications officer with the World Food Programme (WFP), describes what she has recently seen in Bangladesh, where more than half a million people — mostly Rohingya — have fled to escape what the U.N.’s top human rights official calls “ethnic cleansing” in Myanmar’s northern Rakhine State.

In the fishing port of Cox’s Bazar in Bangladesh, what was once a green, coastal landscape is now filled with makeshift homes and roofs, providing some semblance of shelter and safety.

WFP has provided food to the majority of people who have fled into Bangladesh over the last few weeks. According to the latest figures from the field:

As the leader of the U.N. Logistics Cluster, WFP is also supporting the telecommunications and transportation needs of the humanitarian community. Right now, the agency is working to set up a logistics hub for all partners that will include storage for food, sanitation kits and medical supplies. Eight mobile storage units have been built so far. 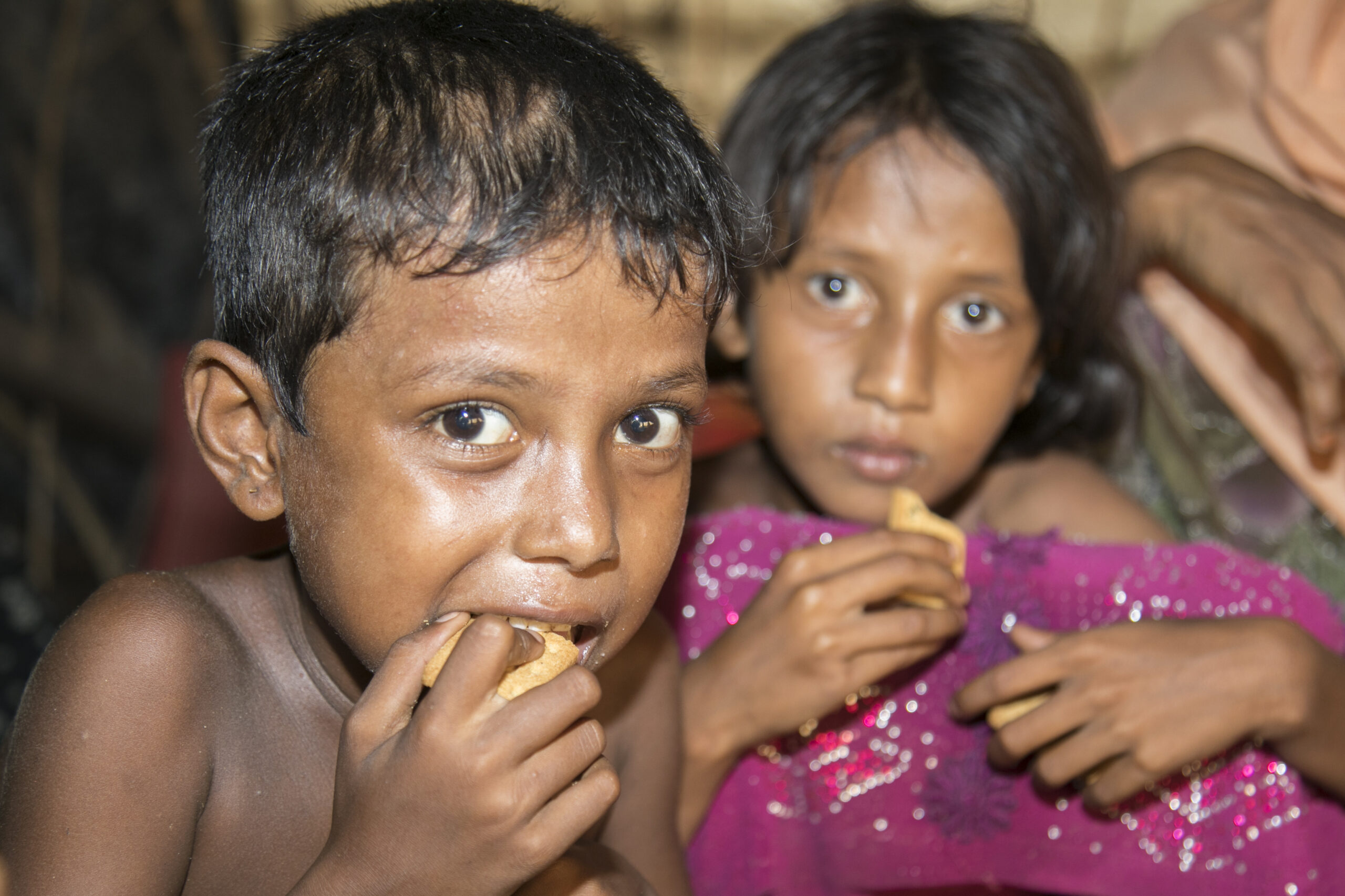 WFP is working closely with four local partners, ACF, the International Federation of Red Cross and Red Crescent Societies and the Bangladeshi government.

Unfortunately, there is still no humanitarian access for U.N. agencies in northern Rakhine State, where Rohingya families have been impacted by violence. In the meantime, however, WFP has successfully resumed assistance to displacement camps in central Rakhine State and hopes to reach all 110,000 people here with food aid.

Buhr explains that everyone here has lost family members to the violence, from fires to bullets to knives.

“Thousands of soldiers came. They came into our houses. They killed the men and the children,” says Mahmuda, who fled with her 8-year-old son and mother. “Then they set our houses on fire. They threw children into the fire. They killed my husband.”

Many have traveled days without food to find safety. This 5-month-old boy is suffering from severe malnutrition in Kutupalong camp in Cox’s Bazar, Bangladesh. His mother, 25-year-old Arafa Begum, has five children and says she walked for 12 days to get here.

“All I can see is the children. Women hurry past, half my age or less, every other one seems to have an infant on her hip,” Buhr describes. “I can’t breathe for the injustice of it — that could be me. That could be my little girl.”

No one — especially no child — deserves to live life with such uncertainty and horror. The comfort of home and food is all they can ask for. Hanufa prepares lunch for her family at the Balukhali settlement in Cox’s Bazar, Bangladesh.

Location:Bangladesh,Myanmar
Special Interests:Displacement,Emergency Response
Programs:Emergencies
Share this story
<< Read the previous story: How Innovation Is Transforming The Way Refugees Grow Food
Read the next story: Why You Should Invest In Zero Hunger >>
Explore About Us WFP's Work U.S. Policy Blog Podcast
Get Involved Start a Fundraiser Be a ZeroHunger Hero SharetheMeal App Corporate Partnerships Foundations
Donate
Continue to wfpusa.org