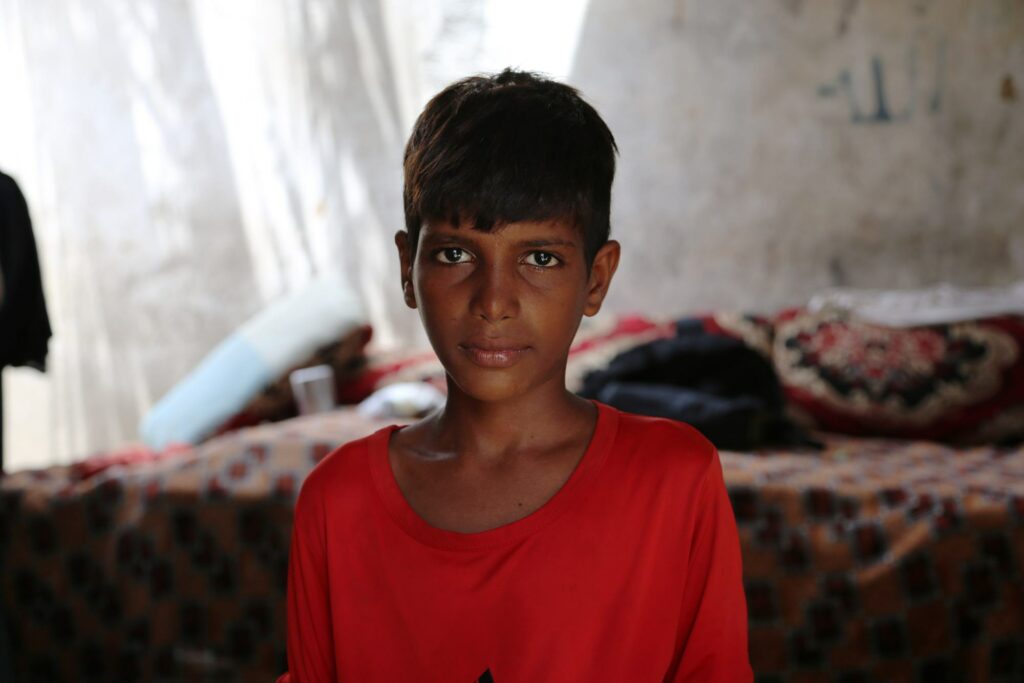 The Profound Effect of a School Meal in Yemen

If you’ve seen the news lately, you’ve heard that the situation in Yemen is bleak. The latest official reports show that 53 percent of the population, or 16 million people, are severely food insecure. Nearly 2 million are children, many of whom are suffering from acute malnutrition, the most extreme form of hunger. For these children and their families, WFP is the only source of food and is currently scaling up to reach 12 million of the country’s most vulnerable people.

“WFP is feeding nearly 8 million [Yemeni] people a month. If not for that, two thirds of the population in Yemen would be facing horrific levels of hunger and starvation,” said WFP Executive Director David Beasley. “If we don’t, we will lose an entire generation of children to hunger.” 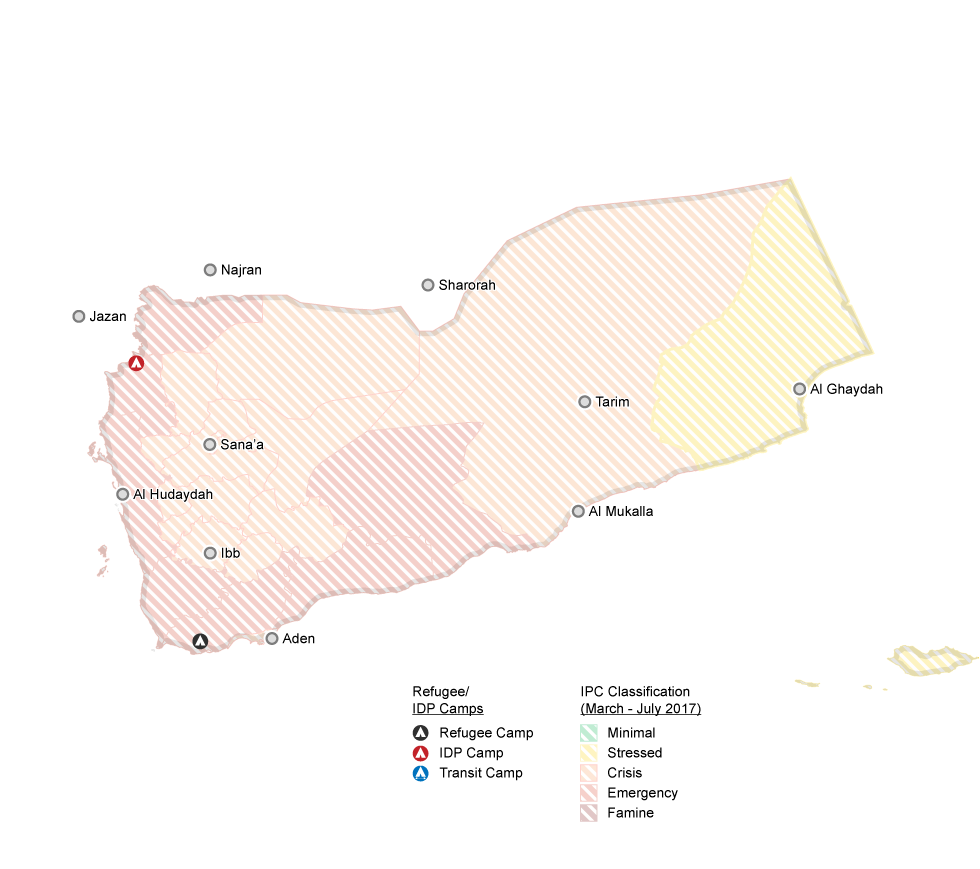 WFP is running a major humanitarian operation in Yemen. This includes providing food assistance to prevent famine and operating programs like school meals. In the spring of 2018, WFP relaunched its school meals program in Yemen, providing children with the nourishment they need to survive and thrive. Conflict zones are a living nightmare and full of upheaval. When children know they’ll receive a meal at school every day, it keeps them in the classroom and brings a sense of normality and consistency to an otherwise radically unpredictable life.

While most Yemenis don’t know where their next meal will come from, WFP’s school meals program provides children with critical calories and nutrition they can depend on. An estimated 2 million children are out of school in Yemen, and WFP plans to scale up the program to reach 900,000 of them in 2019.

In urban areas of Yemen, schools may have two or three stories, a courtyard for playing, and classrooms with 40 to 50 children in each. In rural areas though, the buildings are barely standing. “It’s pretty tough,” says Stephen Anderson, WFP’s country director in Yemen. “Either they’ve been damaged due to conflict or they have no resources to fix things. It’s very, very basic. Sometimes they barely have a place to sit.” Stephen has seen that even a small snack can make a huge difference in people’s lives. “Teachers are so happy to have children who are alert and more able to participate in class,” he says. “They seem to come on time more.” Whole families seem much more eager to contribute their time to school-related activities, including improving their water systems.

School meals have benefits that reach far beyond filling stomachs.

Stephen reports that most students in Yemen are between six and twelve years old, and, like most kids, they have big dreams. “They want to become doctors or engineers. Just like children anywhere, I think it’s well ingrained that if you get an education, you have the possibility of a future in some area that would help others as well.” That hope extends beyond the classroom. “Adults know that Yemen doesn’t have a lot of resources. Their resources are their human beings; their children.”

12-year-old Abdurrahman hopes to become a doctor some day and goes to school despite his family’s dire situation.

WFP invests heavily in children’s first 1,000 days of life — from pregnancy to their second birthday — which is critical, but not sufficient. Investments, including school feeding, throughout the first 8,000 days of childhood and adolescence are essential to help children achieve their potential. “Time and time again, our experiences show that health and education are two sides of the same coin, and investing in one requires investment in the other,” said David Beasley in a joint statement with Jim Yong Kim, president of World Bank Group.

Girls especially benefit from the boost in nutrition and the education that food makes possible.

Students who stay in school longer and have proper nutrition throughout that time are more likely to find employment and be financially stable over their lifetimes. Girls who stay in school longer will be healthier than those who don’t and will in turn have healthier children at a later age. The classroom is also a safe place to talk about other life topics, like agriculture and hygiene. In this way, school meals programs have benefits that last for generations. Stephen says he meets many educated adult Yemenis who tell him how they benefited as a child from a school meals program. “For them, this is something good in their past. They know someone made an investment in them.” 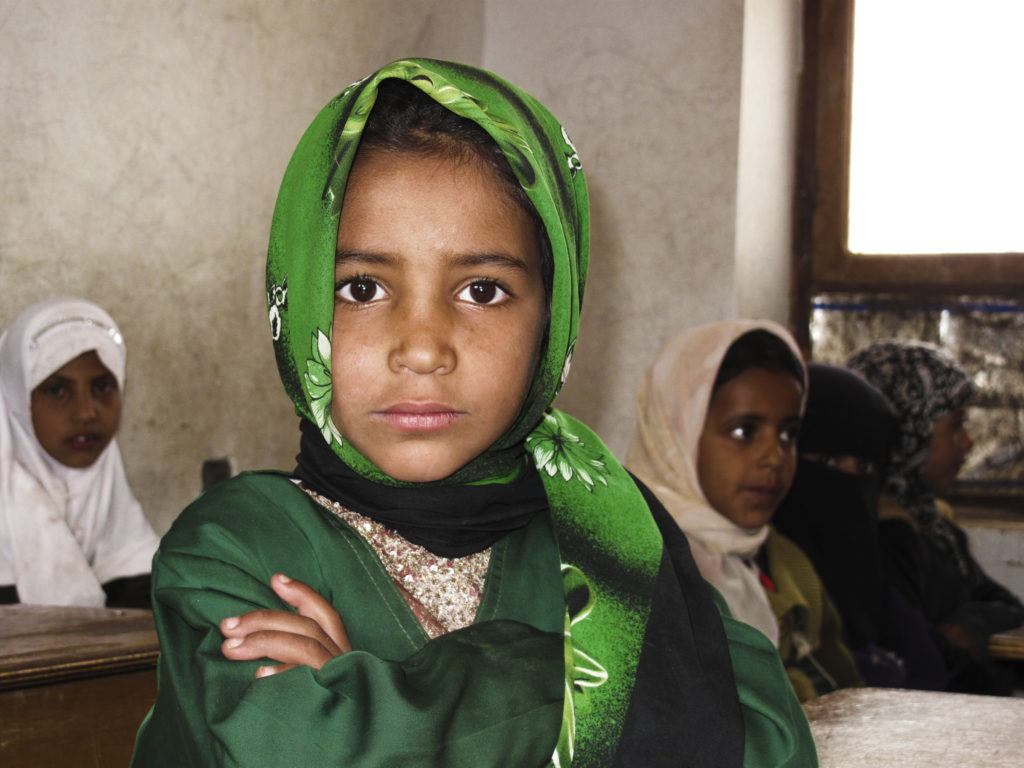 “I would guess that attendance rates for the girls at my school would fall by 90 percent if these rations were terminated,” says school principle Abdul Wasir Mohamed Al Nuser.

A meal is more than food.

For now, the program in Yemen distributes high-energy biscuits, which are made in nearby Jordan, and date bars, which are sourced locally. Using local producers can increase dietary diversity, improve freshness, and spur local economies. These “home-grown” school meals promote local agricultural development and expand market opportunities for small scale farmers. The economic benefit is multiplied when a meal is provided at school because parents don’t have to shoulder the cost of feeding children, allowing them to invest in their family’s livelihood. 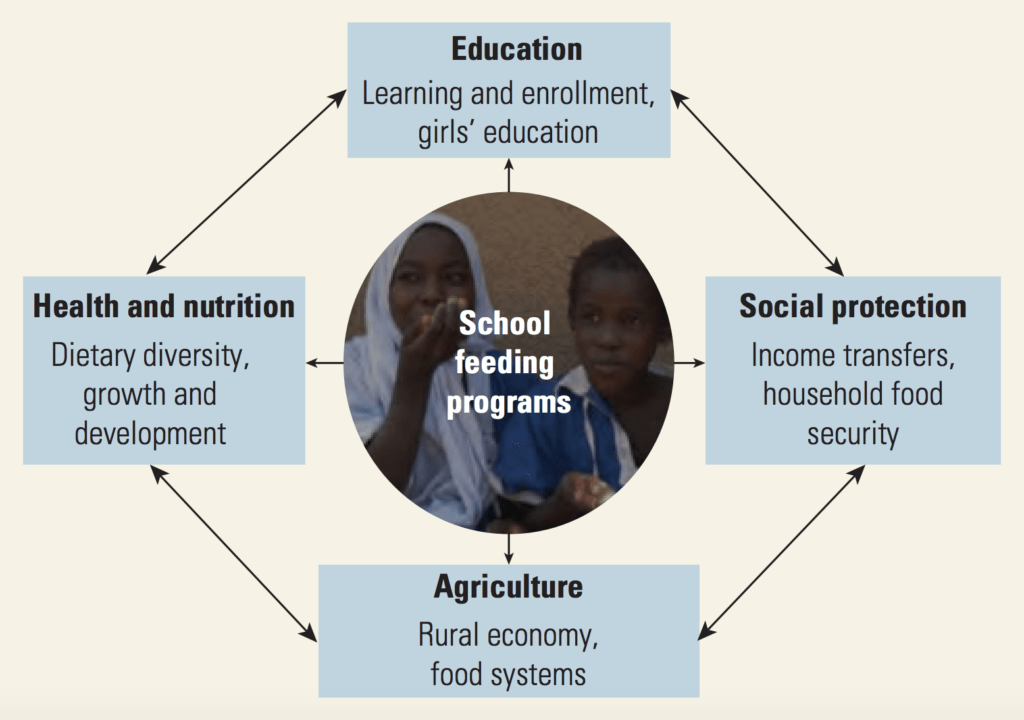 “The people of Yemen deserve something better.”

With the port of Hodeidah still accessible, WFP is rapidly scaling up its operations to reach 12 million Yemeni people every month. The school meals program is a crucial part of the plan. “I know that peace will come one day,” says Stephen, “And I know that we’re doing our part to support peace on the ground to help stabilize communities. But I know that the people of Yemen deserve something better, and we will be part of that.”