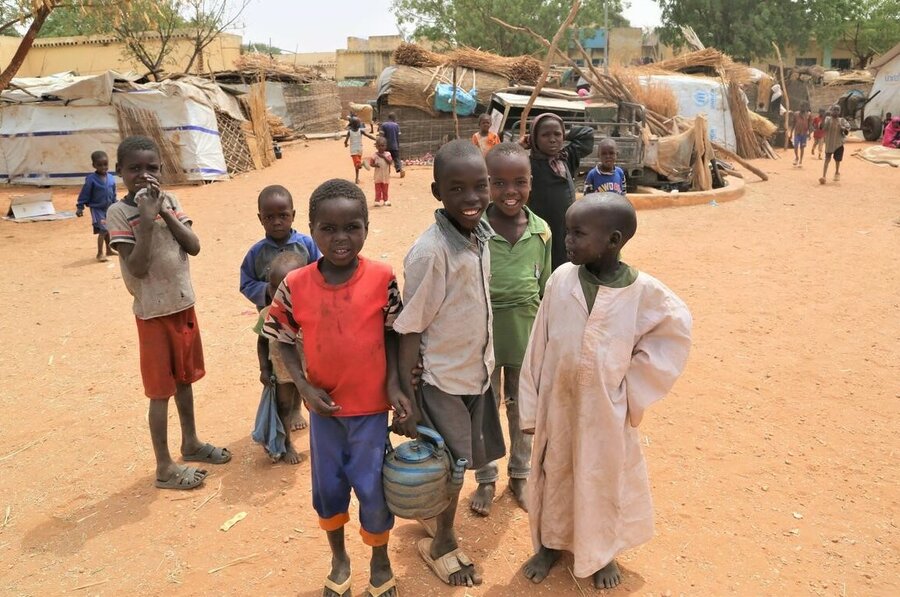 Tired of Conflict: Internally Displaced People in Darfur Yearn for Peace and to Return Home

In honor of World Refugee Day tomorrow, we’re sharing the story of Yahya who fled his home because of conflict 15 years ago. Today, he and his family are still in a camp for internally displaced people – waiting for the day the fighting stops and they can return home.

It’s been more than 15 years since conflict forced Yahya Ishag Siyam to flee his home and seek refuge in the Krinding camps for internally displaced people on the outskirts of Geneina, the capital of West Darfur state in western Sudan. 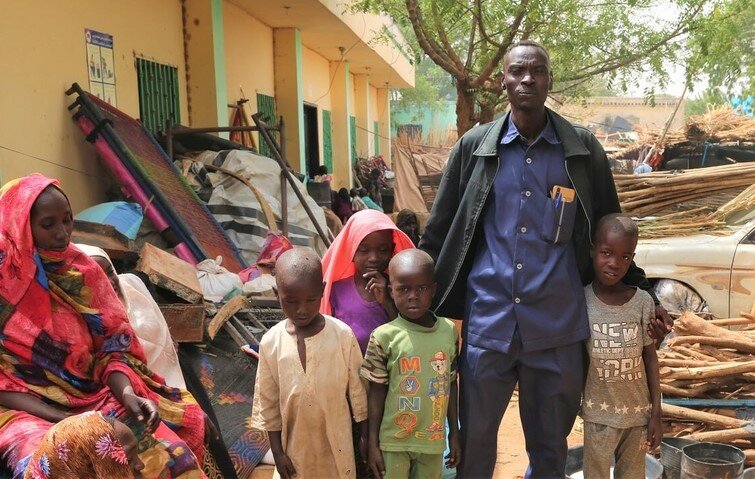 Yahya and his family, displaced from the Krinding camps following intercommunal clashes in January, at their temporary home outside the Ministry of Welfare in Geneina, capital of West Darfur state.

For Yahya and millions of other displaced people in Darfur, the recent peace agreement signed in October 2020 brought fresh hope that they could soon return home. But these hopes were short-lived as violence broke out again in January 2021 in West Darfur. Hundreds of people have lost their lives and suffered serious injuries from the ongoing conflict. Thousands of people like Yahya had to leave everything they owned behind and flee for their lives. 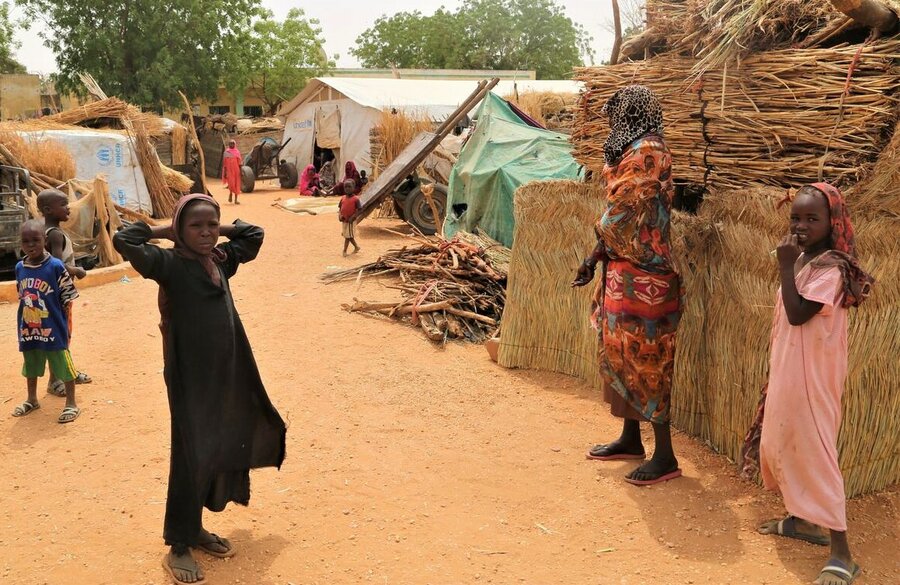 ‘I saw people grabbing their children and running with no idea where to go.’

“It was terrible, I saw people grabbing their children and running with no idea where to go,” says Yahya, “I really don’t want to talk about it because it reminds me of sad moments and unpleasant scenes.”

With nowhere to go, no money, clothes or food, Yahya and others crowded into schools, universities and other government institutions across the city — anywhere they could find safety.

Food assistance from the United Nations World Food Programme (WFP) is a lifeline for families in Geneina.

Samira, a young woman who also fled the conflict, was desperately sifting through her crops which were burned during the clashes.

“I am now sieving and cleaning the partially burned sorghum to recover what is possible,” she said. “Hopefully we can survive on what we have left along with the food assistance from the United Nations World Food Programme (WFP).” 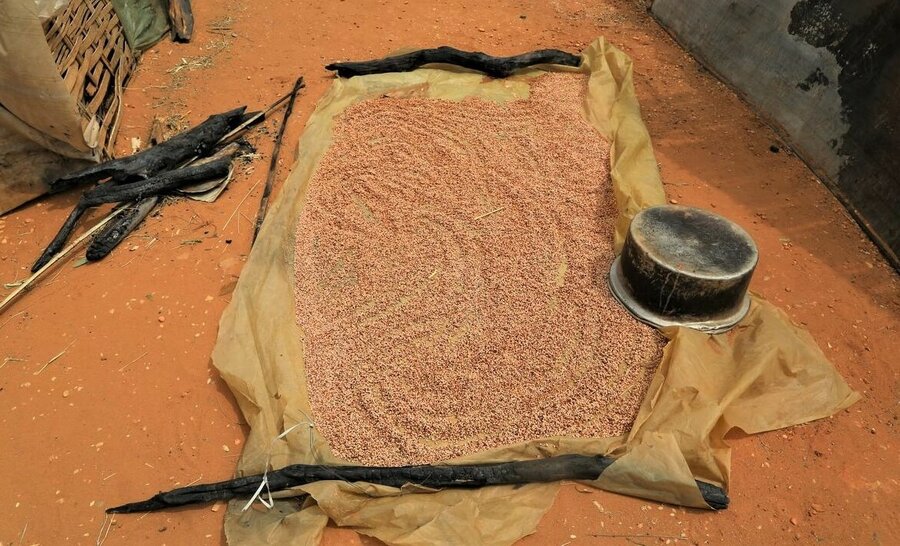 Sorghum provided by the U.N. World Food Programme to internally displaced people in Geneina is left to dry after being washed.

When violence erupted this year, the U.N. World Food Programme and other humanitarian partners responded immediately with emergency food assistance to help all conflict-affected communities by providing staple foods like sorghum, lentils, oil and salt. 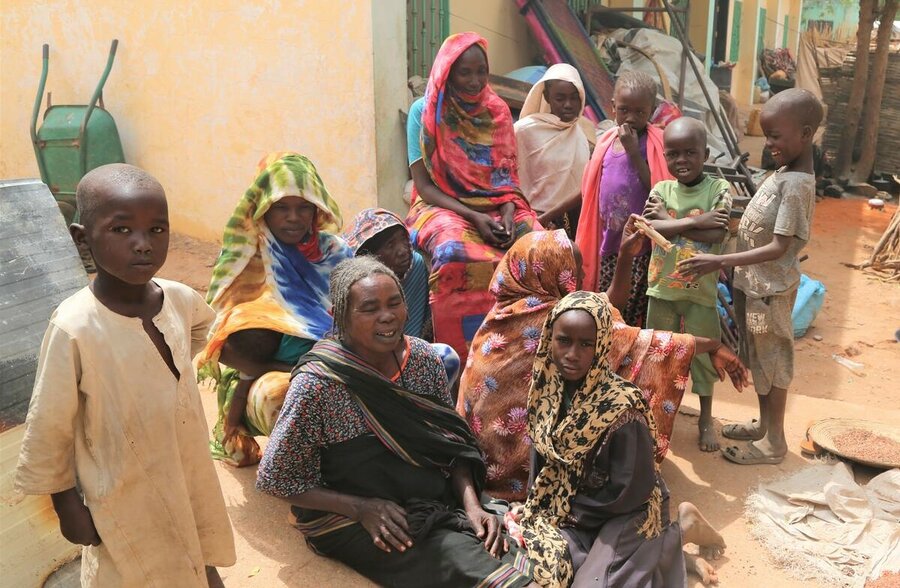 Women and children who were displaced from the Krinding camps following intercommunal clashes in January gather out in the open to discuss community issues in Geneina.

Having been displaced multiple times, not only from their hometowns but also from where they had sought refuge, Yahya and other internally displaced people recognize that emergency food assistance is not enough — lasting peace is the only solution.

“If people can return home they can start anew, farming their lands, raising livestock and feeding their families instead of depending on relief organizations,” said Yahya. “We need support from the authorities to step in and help solve the root causes of this problem.”