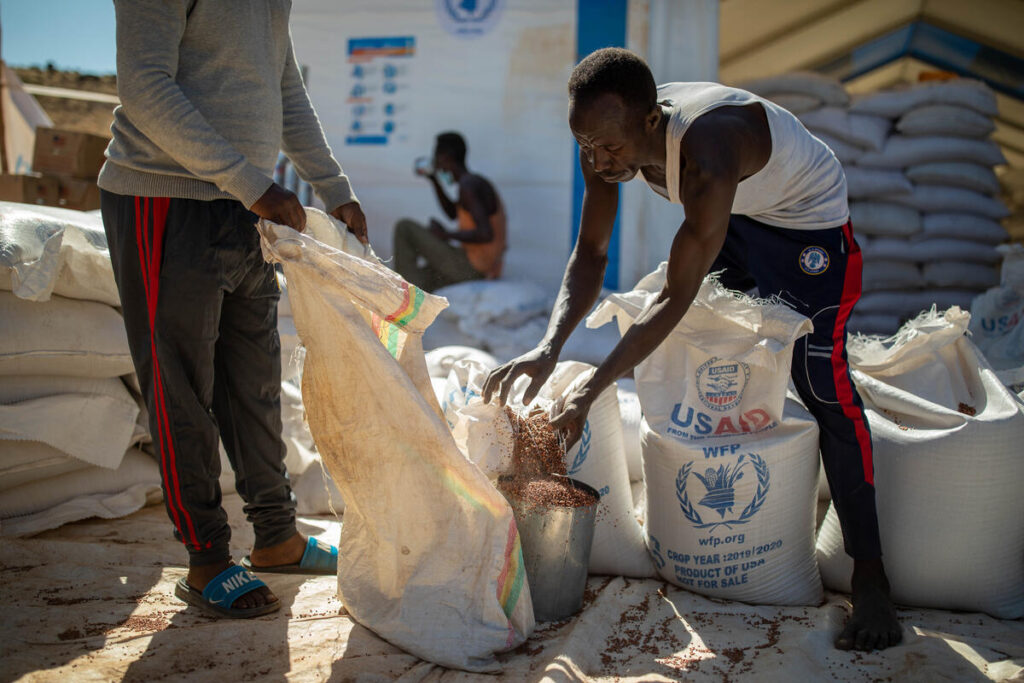 To Keep People Giving in the Pandemic, Trust in Nonprofits Is Essential

Reposted with permission of the Chronicle of Philanthropy

The United Nations World Food Program (WFP) built a warehouse to hold food for Ethiopian refugees who fled the country’s Tigray conflict. The organization increased its donor pool by more than 50,000 donors in the fall.

This year’s shutdown of workplaces, restaurants, stores, and other businesses has exacted a heavy toll on the United States and global economies. But despite these challenges, many organizations have seen record-high charitable giving.

A report by the Center for Disaster Philanthropy and Candid found that during the first half of 2020, the $11.9 billion given in response to the Covid-19 pandemic far exceeded philanthropy for previous disasters. And according to a survey by Grenzebach Glier and Associates, 41 percent of organizations whose fiscal years ended June 30 reported an increase in donations, and more than a quarter reported they had attracted new donors.

Globally, whenever high-profile humanitarian crises arise, organizations on the front lines see a surge in giving. I have seen this personally. At the end of our fiscal year this fall, World Food Program USA, the organization I head, increased our donor pool by more than 50,000 donors — supporters who have become ever more essential as the world faces a hunger catastrophe on a scale not seen since World War II. 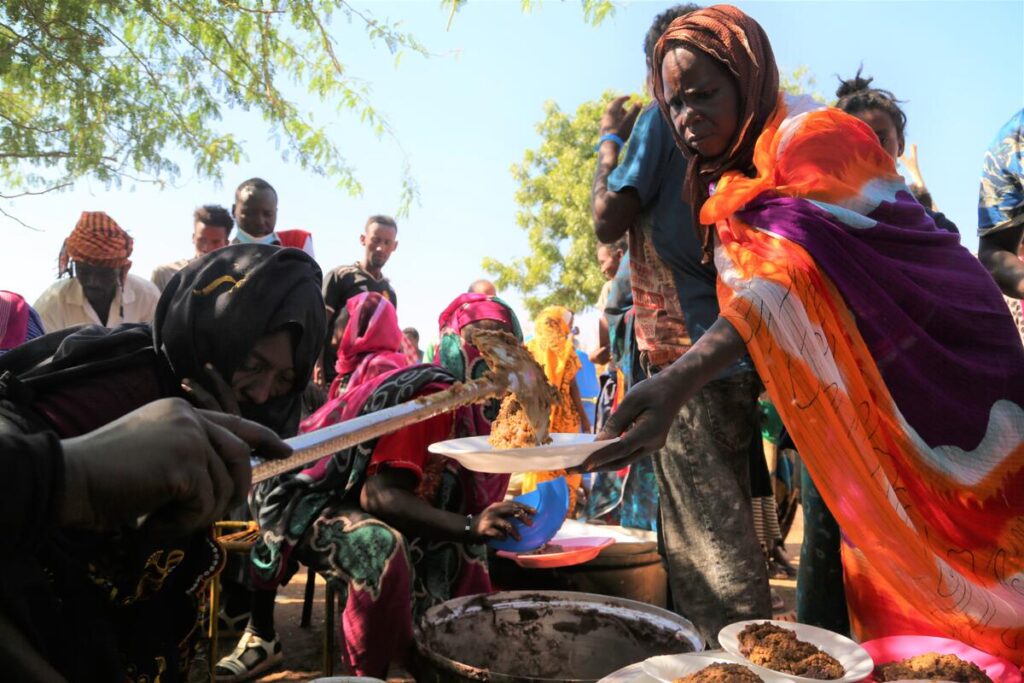 Many Ethiopians fleeing intense fighting in their homeland, Tigray, now live in the Um Rakuba Refugee Camp in Sudan.

But how do nonprofit organizations sustain and even build on the outpouring of charitable support in the months and years ahead?

Nothing will be more important than maintaining and building trust in our work. Like oxygen, trust is something we only notice when it is in short supply, and we cannot survive without it. Nonprofits cannot afford to be complacent about managing our reputation for trustworthiness, and we have to work constantly to cultivate and earn it.

After more than two decades working at several organizations, I have learned that the only way to guarantee donation increases is to ensure that donors have trust in the organization’s mission and its ability to deliver on that mission. To see whether my long-held view was still true, we surveyed our donors to World Food Program USA recently and found that trustworthiness is one of the leading factors in deciding whether to support us.

That contrasts with a recent finding by Give.org in its new “Donor Trust Report,” which found a decline in donors who say trust is of “high importance” before making a contribution. But it conforms to what the nonprofit coalition Independent Sector found in its recent annual “Health of the U.S. Nonprofit Sector”: a majority of Americans — 59 percent — trust nonprofits to “do what’s right,” and trust drives about 70 percent of their charitable giving. That study also suggests the Covid-19 crisis is an opportunity for nonprofits to build on that reputation.

The climate of trust in the United States and around the world has deteriorated steadily in recent years, in some cases to alarming lows. Studies by the Pew Research Center have documented a decline in the level of trust Americans have in our public institutions and in one another. Americans’ trust in government, for example, has hovered below 30 percent since the mid-2000s, and it was down to 20 percent as recently as this past summer.

It is also fair to conclude that scandals and questionable practices in some parts of the nonprofit world threaten the public’s trust in all of us. That’s why nonprofits must work hard to remain effective, efficient, and ethical stewards of the resources we manage and continue to truly deliver on our promise to help the people and communities we serve.

Building trust also requires communicating the full measure and urgency of the need. We must show the faces and stories of those we help; the impact on their families, communities, and countries; and how we deliver our aid to them. 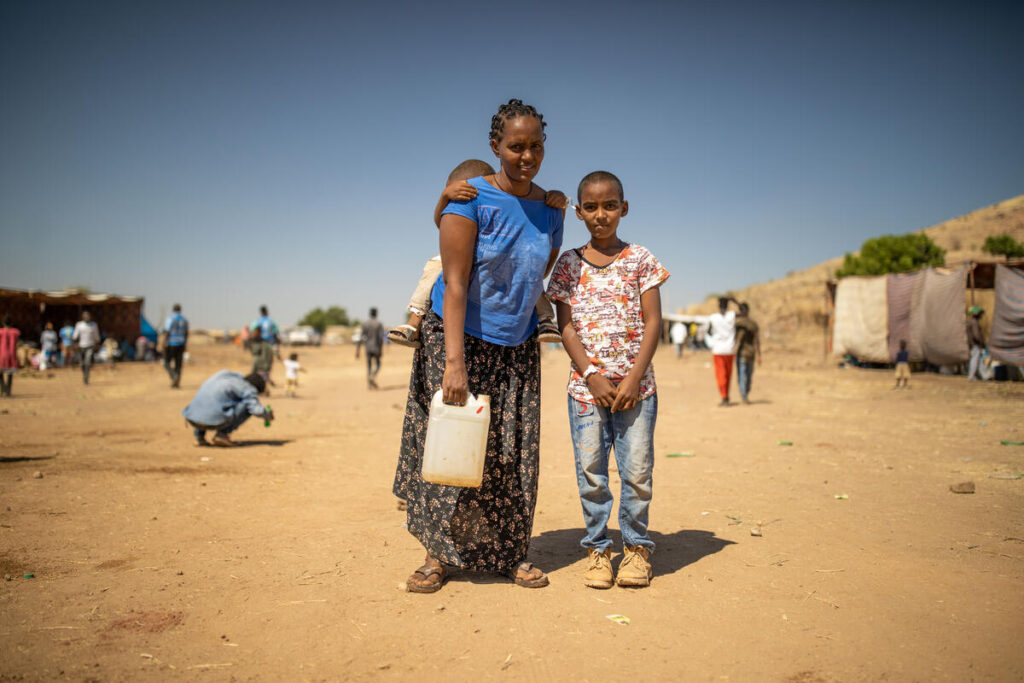 Zanabi and her two sons live in Um Rakuba refugee camp in Sudan, surviving on a monthly food ration from WFP.

We must also elicit a visceral emotional response. I have seen in person what starvation looks like, and it shakes a person to the core. But most of our donors will never have this kind of up-close look at the issues we deal with, especially those happening predominantly on the other side of the world. So we have to paint a vivid and evocative picture of the challenge; give individuals, businesses, and other donors clear, practical ways that they can address that challenge; and explain in detail what the outcome will be.

This means illustrating exactly how our organizations are putting their generous contributions to work. I often stress, for example, that the U.N. World Food Program operates an extensive fleet of planes, ships, and trucks to deliver food to hungry people. By doing this, donors can understand that solving hunger can’t happen by just giving food; it relies on an extensive supply chain and other efforts all working together. 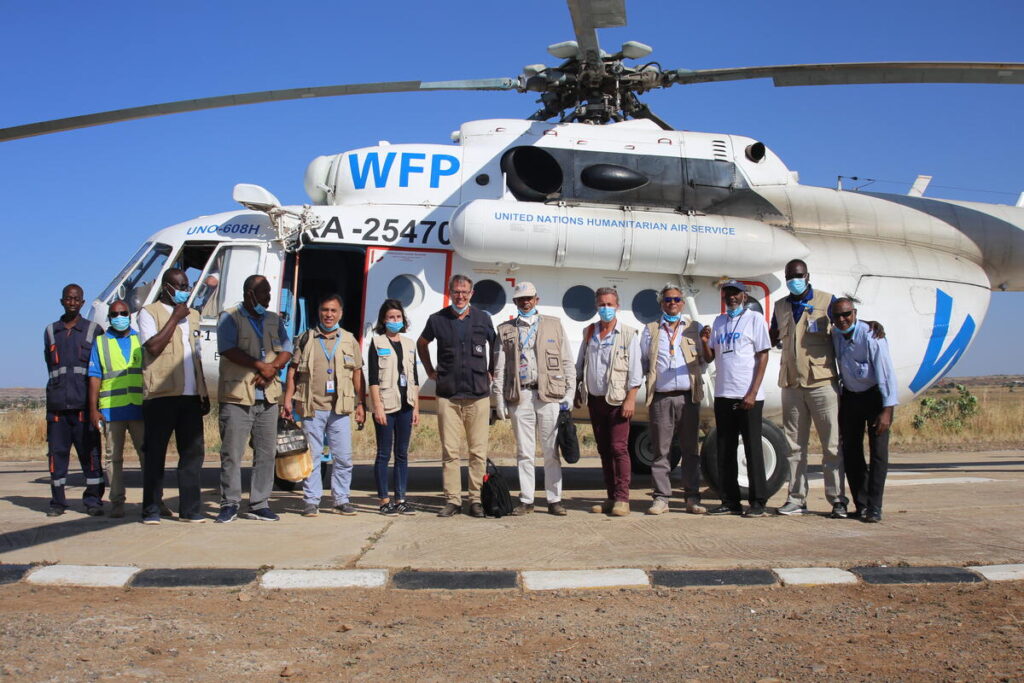 WFP staff on their way to Um Rakuba refugee camp.

It is an understatement to say that 2020 has been an anxious — and, for too many of us, tragic — year. But it is also the year nonprofits are built for. This is our moment. Nonprofits have the tools and experience to heal the world, and the surge in giving suggests that many people trust us to use them well. Expectations are high, to be sure. But, especially now, we must do everything we can to live up to them.

Barron Segar is CEO of World Food Program USA, a U.S.-based non-profit organization dedicated to building support within the U.S. for the United Nations World Food Programme which was awarded the 2020 Nobel Peace Prize