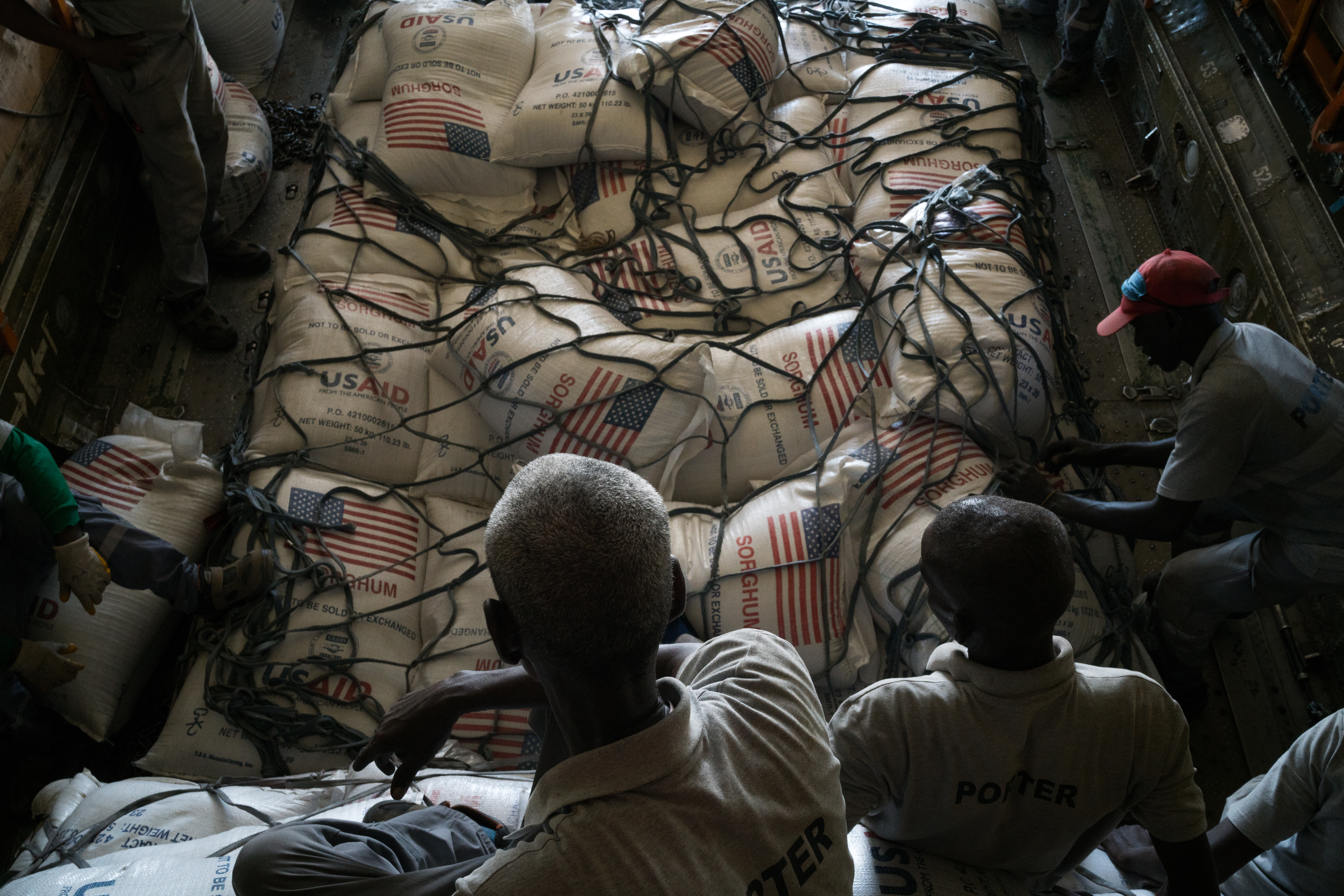 Last week, the Trump administration released a budget that would cut billions in humanitarian assistance by the U.S., asserting that these cost-cutting measures are consistent with American interests. But this budget would reverse the course of decades of U.S. leadership helping the world’s most vulnerable people.

For more than 50 years, the U.S. has led the global fight against hunger and famine — not just because it’s the moral choice, but because it’s one of the smartest and most effective ways to invest in our collective future. Though we represented different parties in the U.S. Senate, the issue of global hunger has always united us. This is not surprising given our Midwest roots. Growing up in South Dakota and Kansas, we both spent summers working on the farm, marveling at the process of putting food on America’s tables. Decades later, we discussed why food assistance is one of the best ways to invest hard-earned taxpayer dollars.

U.S. agricultural exports to developing countries are growing twice as fast as those to our longstanding trading partners. Just last week, more than 200 prominent U.S. business leaders wrote a letter to Secretary of State Rex Tillerson defending the international affairs budget as a critical tool for helping them reach 95% of the world’s consumers that reside outside of the U.S.

International food assistance also protects our own national security interests by enhancing global stability. Today, unprecedented numbers of people are displaced by conflict and weather-related disasters. Violence alone has displaced more than 65 million people, many of whom have fled their own countries. Most families that cross international borders are now being hosted in low- and middle-income countries, places already struggling to meet the needs of their own populations.

As food insecurity drives migration, conflict spills across borders. Food assistance is one of the most effective tools we have to fight terrorism and reduce the spread of conflict around the world.

For the first time in history, famine is looming in four countries: South Sudan, Yemen, Somalia and Nigeria. More than 20 million people are on the brink of starvation and almost 90 million more are in need of emergency food assistance this year. The U.N. has already declared famine in parts of South Sudan. Families are literally starving as they struggle to survive war and extreme weather. The vast majority of people who rely on food assistance are women and children. America has an opportunity to continue helping stabilize the world by feeding those in need — but our window of time to act and aid those threatened by these famines is short.

For the first time in history, famine is looming in four countries: South Sudan, Yemen, Somalia and Nigeria. More than 20 million people are on the brink of starvation and almost 90 million more are in need of emergency food assistance this year. The U.N. has already declared famine in parts of South Sudan. Families are literally starving as they struggle to survive war and extreme weather. The vast majority of people who rely on food assistance are women and children. America has an opportunity to continue helping stabilize the world by feeding those in need — but our window of time to act and aid those threatened by these famines is short.

To those lawmakers whose journey into public service has just begun, we hope you will remember that you follow in the footsteps of U.S. leaders who made the fight against global hunger a central pillar of their tenures in the White House and the halls of Congress.

In the wake of World War II’s destruction, our country came to Europe’s aid and helped the continent establish a foundation of food security so it could rebuild. When President Truman of Missouri delivered the country’s first televised address from the White House in 1947, he specifically chose to focus on how Americans could help rebuild the world with food aid. Fewer than 10 years later, President Eisenhower of Kansas signed into law the common sense notion of sharing our country’s surplus grain to feed the those in need around the world. In today’s increasingly partisan era, one issue that should continue to unite all Americans and garner unwavering support is the idea that no child should go hungry.

We’re proud to have played our own role in this incredible story of feeding families in need. In 2002, we successfully lobbied our fellow members in Congress to establish an international school meals program. Since then, the McGovern-Dole International Food for Education and Child Nutrition program has fed 22 million children in 41 countries and consistently boosted school enrollment, particularly for girls.

The administration’s budget proposes to eliminate this program altogether, despite the fact that studies have shown — and teachers around the world would tell you — school meals are one of the most effective ways to boost nutrition and education at the same time.

We invite members of Congress and the administration who have never seen the impact of humanitarian food assistance to travel to the field and see what it means to deliver bags of food stamped with the U.S. flag to a hungry family that hasn’t had a full meal in days or weeks.

Make no mistake: Our country is facing a crossroads.

We can continue to provide leadership in the world, or we can turn our back on the world’s hungry. We can empower our neighbors with the tools to put food on the table, or we can watch our enemies fill those same hands with weapons. We can carry the torch of hope for the planet’s most vulnerable people, or we can extinguish hope for millions at one of the most pivotal moments in history.

Dole is a former Republican senator from Kansas. He is a founding board member of World Food Program USA, a nonprofit organization that bolsters an enduring U.S. legacy of feeding families in need.

Daschle is a former Democratic senator from South Dakota and the founder and CEO of The Daschle Group, a public advisory of Baker Donelson.

This op-ed originally appeared in Time.

Special Interests:Displacement,Emergency Response,Policy
Programs:Emergencies
Share this story
<< Read the previous story: The Strategic Grain Reserve for Your Living Room
Read the next story: What South Sudan Would Look Like Without WFP >>

If Every American Adult Gave Us Six Dollars a Month, We'd Be Fully Funded 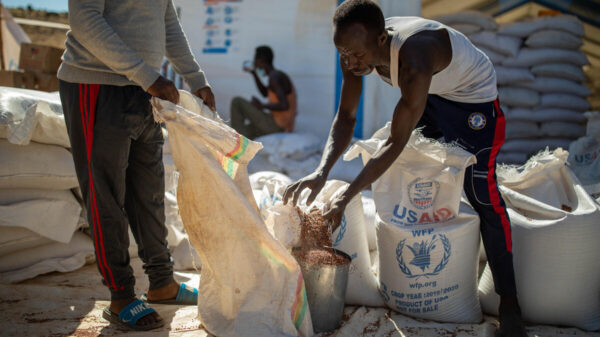 To Keep People Giving in the Pandemic, Trust in Nonprofits Is Essential
Explore About Us WFP's Work U.S. Policy Blog Podcast
Get Involved Start a Fundraiser Be a ZeroHunger Hero SharetheMeal App Corporate Partnerships Foundations
Donate
It looks like you're outside of the United States.