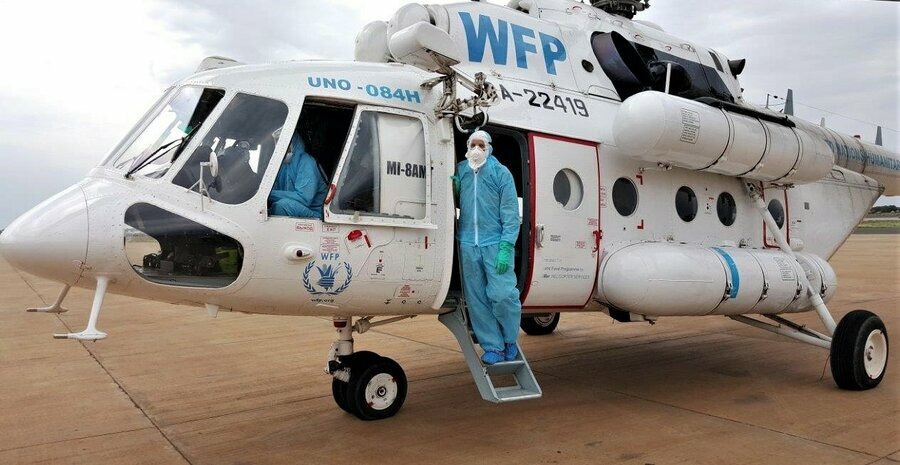 Airborne Vaccine: The Flights Taking on COVID-19 in South Sudan

Kicking up dust 10 feet high, an aircraft touches down on the airstrip in Pochalla – a remote town – a two-hour flight east of Juba, South Sudan’s capital. The co-pilot jumps out of the plane and hands an icebox to aid workers who whisk it away to a hospital.

UNHAS, which is managed by the U.N. World Food Programme, has so far delivered 30,000 COVID-19 vaccines across South Sudan.

This is one of the many journeys carried out by the United Nations Humanitarian Air Service (UNHAS) which has so far transported 30,000 COVID-19 vaccines countrywide on behalf of the Government and in partnership with the World Health Organization and UNICEF.

UNHAS, which is managed by the U.N. World Food Programme, is the U.N.’s humanitarian air service – providing regular passenger and light cargo services to more than 300 humanitarian organizations in 57 locations in South Sudan every month. 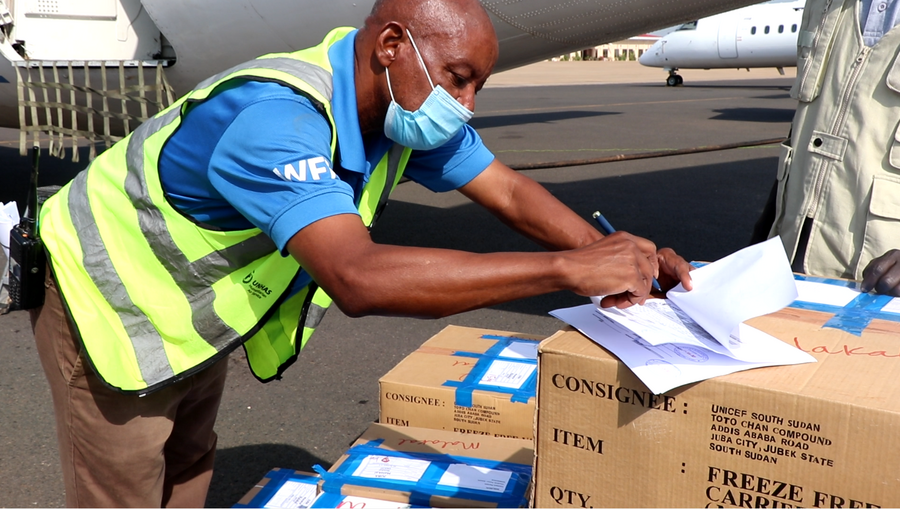 An UNHAS staff member finalizes boarding documents for vaccines destined for Malakal in the north of the country.

Throughout the pandemic, UNHAS has evacuated front-line aid workers from the field and transported personal protective equipment, emergency health kits, ventilators, face shields and surgical masks to protect health workers and enable them to remain in the field.

Denis Makhu, a project officer with the Norwegian People’s Aid and one of the U.N. World Food Programme’s implementing partners, is one of many front-line workers in South Sudan who risk their lives to serve vulnerable people. Having received his first vaccine means he is enabled to continue with his lifesaving work.

“It was the right thing to do for me, my family and everyone around me,” said the 35-year-old. “When I found out the vaccine shipment had arrived in Pochalla, I was relieved,” he added.

South Sudan is one of the poorest and lowest-income countries in the world. Roughly the size of Texas, it has a road network of 12,500 miles – only 120 miles of which is paved. With such poor infrastructure, much of the country is difficult to reach and remote towns such as Pochalla are only accessible by UNHAS flights for much of the year.

“South Sudan is the largest operation in the world for UNHAS. The needs are enormous here and our fleet and pilots are working around the clock to keep humanitarian operations moving as smoothly as possible,” said Geoffrey Mwangi, chief air transport officer for UNHAS in South Sudan.

As the world’s newest country marks 10 years of independence, over 7 million people – 60 percent of the population – are uncertain of where their next meal will come from due to intensified conflict, the effects of climate change and, more recently, the impact of COVID-19. 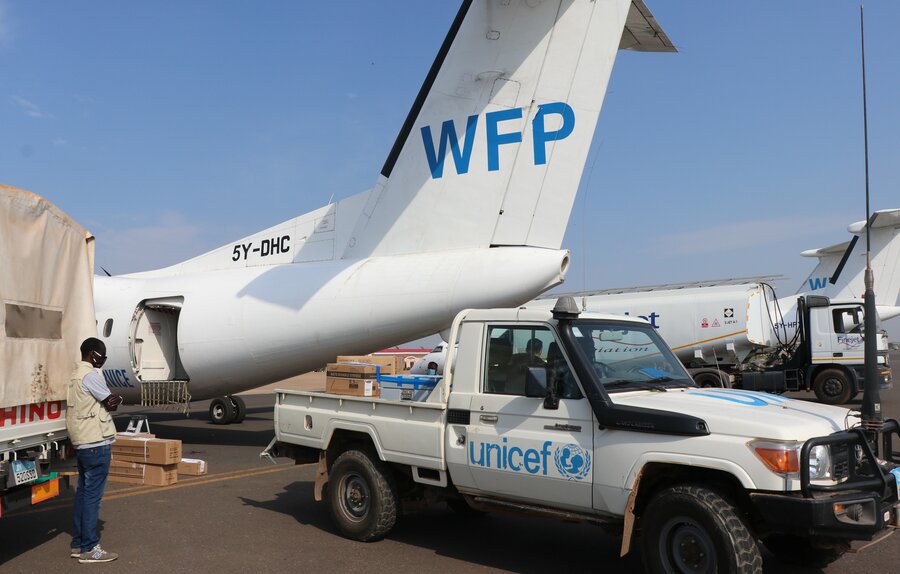 UNHAS is delivering COVID-19 vaccines on behalf of the Government and in partnership with WHO and UNICEF.

Humanitarians can only help as vaccines become available – then it’s a matter of getting the shot. That is why Makhu, while continuing his work as a front-line aid worker, has invested his time in raising awareness among a group of farmers in his community in Pochalla. One of these farmers, Opiew Cham, was initially hesitant about taking the vaccine. After speaking to Makhu, he joined him along with two other farmers to get their first vaccines at the local field hospital.

“I took the vaccine to protect myself and protect my family,” said the 40-year-old who grows corn to sell in the local market. “I learned that because I am in contact with many people during my work, without the vaccine I would expose myself to the virus and eventually spread it to my family and others.”

Cham’s wife has also taken her first vaccine while his four young children are not yet eligible.

“I advise others to get vaccinated to protect themselves and their children. I want my children to have a good future,” said Cham.

Both Cham and Makhu plan to take their second vaccine shot in a few days.

This blog originally appeared on WFP’s Stories and was written by Marwa Awad.