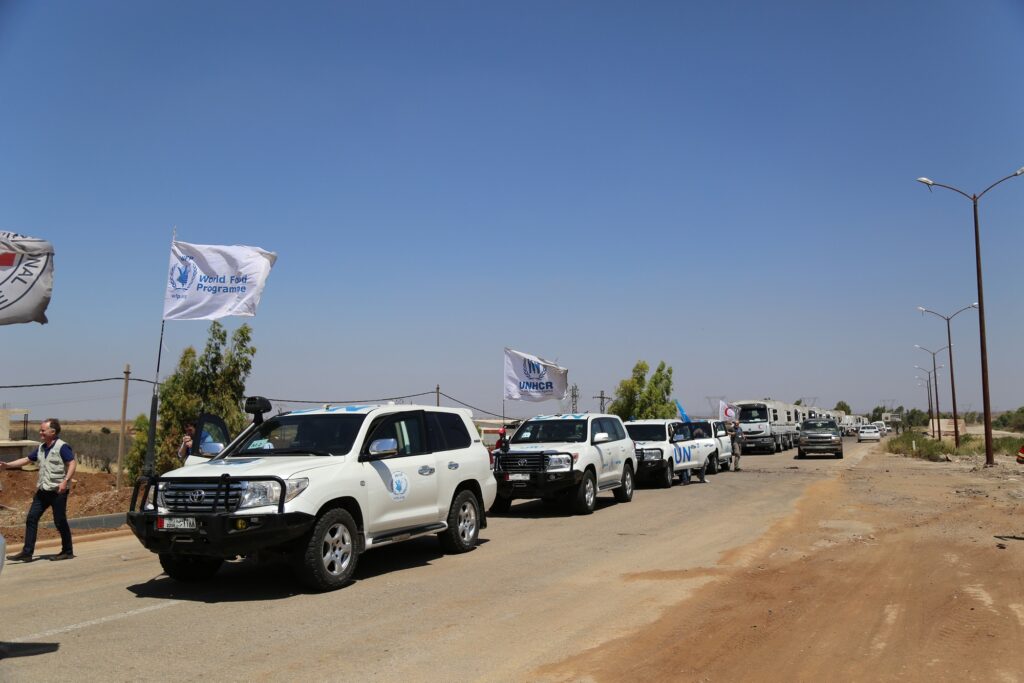 For the past nine months, conditions in the informal desert settlement of Rukban, Syria, have been dire. The camp is home to 50,000 Syrians who have fled violence and war and are in urgent need of food, water and medical care. Security and other issues have severely restricted humanitarian access to the camp, but recently, WFP broke through barriers to reach Rukban with lifesaving food and supplies.

In early November, WFP and its partners led a 67-truck humanitarian convoy to Rukban. They delivered enough food and wheat flour to feed all of the settlement’s residents for a month – a significant amount of time for people who continue to survive day to day. This includes people like Abu Ahmed, who said his family has been struggling to stay afloat.

“Each passing day we are sinking under the weight of our poverty,” said Ahmed, “unable to meet our most basic needs as human beings.”

Ahmed and his family landed in Rukban after fleeing violence in their hometown of Palmyra. They’ve been in the camp for three years. There is no formal education, medical care or even electricity, but Ahmed and his family stay because there is nowhere else to go. They can’t cross the nearby Jordanian border and they can’t go home. So in Rukban they remain.

This is the first time WFP has been able to reach the settlement from inside Syria. Rukban last received aid in January 2018, when it was delivered from across the Jordanian border by crane.

After delivering supplies, WFP spent three days assessing need and living conditions within the settlement. It’s clear that people there still need help. WFP is determined to do whatever it takes to continue reaching Rukban’s residents with lifesaving food – until peace comes to Syria, and they can return home and rebuild their lives.