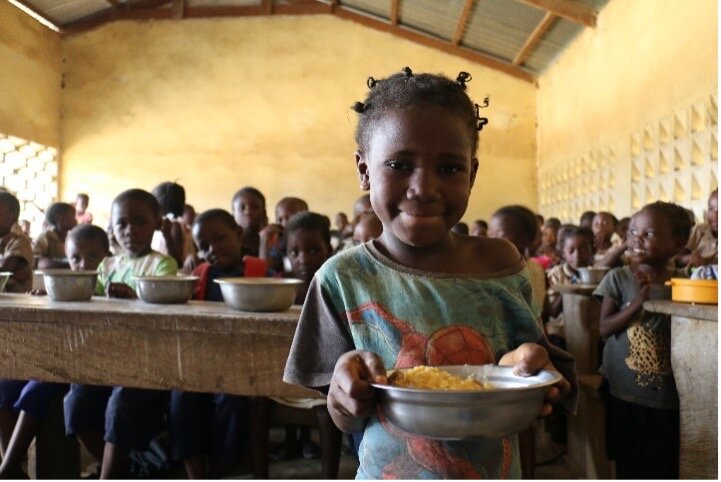 The International Day of the World’s Indigenous Peoples is marked on Monday August 9, with a focus on equal participation and partnership. Here we look at a project that offers a model for the future.

A primary school serving school meals provides a leading example of efforts to promote social inclusion and harmony in the Republic of Congo.

Nearly one-third of children attending Makoubi school in Lekoumou, a department in the southwest, are indigenous. Lekoumou itself is home to 20 percent of the country’s indigenous population.

Donelvie, a 6-year-old indigenous child from Makoubi School, with her meal.

Every day at lunchtime, 313 Bantu children – the majority ethnic group in the country – and from the indigenous population, share a freshly cooked meal thanks to the United Nations World Food Programme (WFP)’s school canteen program. The program is being implemented as part of a Joint SDG Fund initiative that offers improved access to social protection programs for indigenous peoples in Lekoumou.

The meals are cooked by the students’ parents, especially mothers. Indigenous women – who are traditionally subject to prejudice – and Bantu women meet daily at the stove and cook together to enable all children to stay focused, learn and prepare for their future. 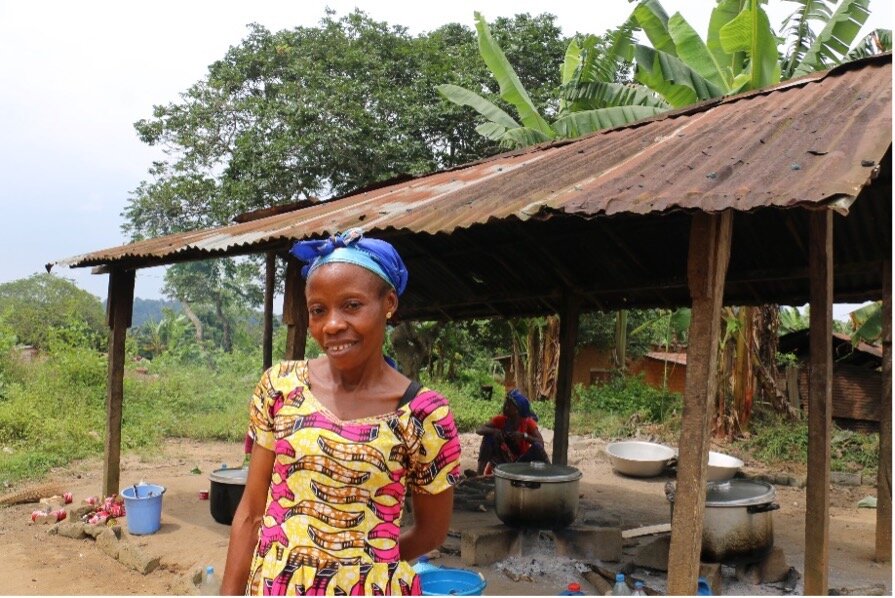 Georgette is one of the three indigenous cooks at Makoubi school.

Georgette is one of the three indigenous cooks at the Makoubi school. She has six children, with the two younger ones attending the school. As a mother of school students, she had noticed that many pupils were missing school days when there was no canteen.

“Before, the Bantus refused to eat meals cooked by the indigenous people because they were considered dirty,” she says. “Now they do. And even outside of school, things are better.”

She believes the daily meals are a source of motivation for the children. They are even more important for indigenous schoolchildren, who will unfortunately have to work harder to escape poverty as they still have very little access to basic social services.

Préfina is a Bantu school parent and cook, who joined the team when the canteen was launched in October 2020. Here she befriended some of her kitchen partners who belong to the indigenous peoples’ community.

Prefina’s perceptions have evolved over the past few months and the change runs deeper within the community. “Today, if a native mother cooks a meal, Bantu children eat it,” she says. “That breaks down the prejudice.” 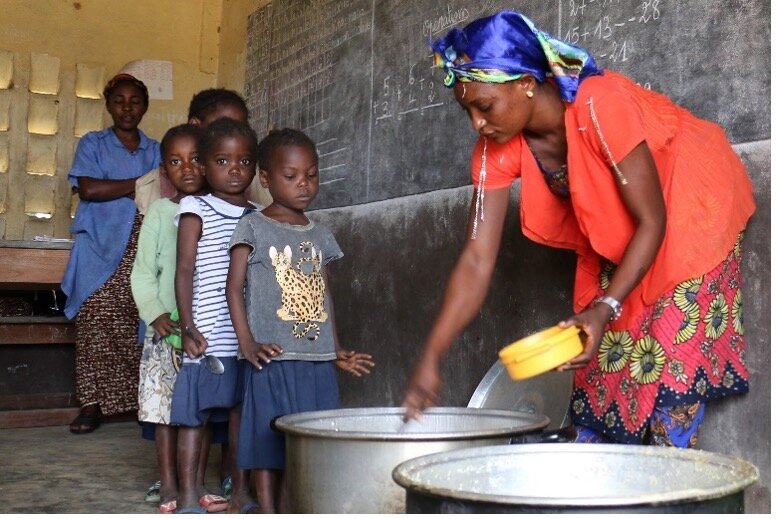 Préfina, a Bantu cook, serves school meals to the pupils.

Strengthening the participation and inclusion of indigenous peoples in Congo’s food systems is a key step in enabling people to have equal and fair access to adequate, nutritious and diverse food. It also encourages parents to send their children to school and gain a potentially priceless education.

In addition to feeding programs implemented in schools with indigenous students, the U.N. World Food Programme is building the capacity of indigenous small-scale farming groups in Lekoumou, organizing sessions to discuss the national law on the promotion and protection of the rights of indigenous people, with a particular focus on access to land.

These activities are part of a joint program aimed at improving access to social protection for indigenous people in Lekoumou department. It is implemented by the U.N. World Food Programme along with the World Health Organization and UNICEF. A total of 50,000 indigenous people will receive assistance between January 2020 to December 2021.

The theme of this year’s International Day of the World’s Indigenous Peoples is: Leaving No One Behind: Indigenous peoples and the call for a new social contract. You can learn more here.