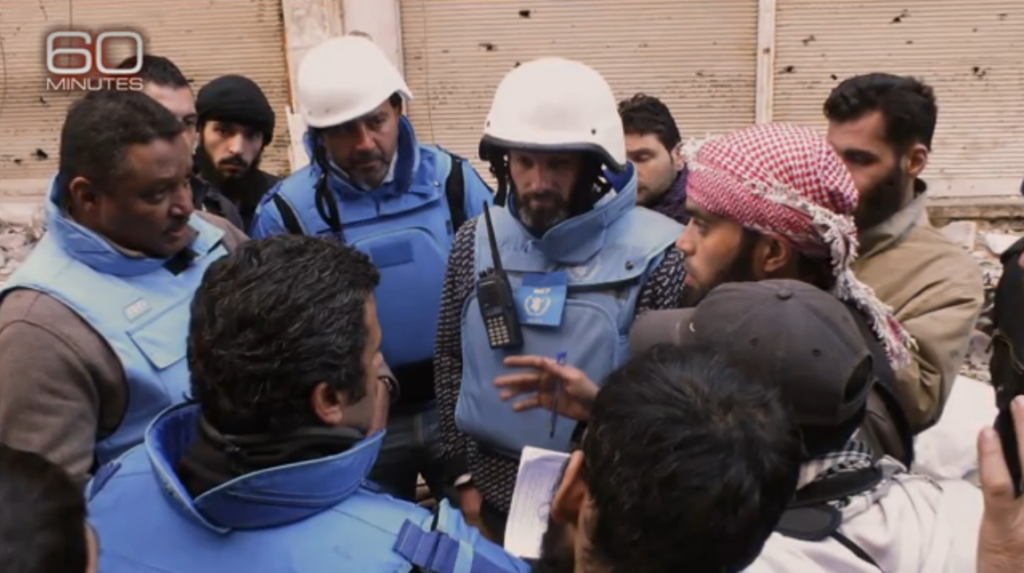 Did you catch CBS’ 60 Minutes last night? We did.

CBS Correspondent Scott Pelley traveled to the field to see the U.N. World Food Programme’s work in and around Syria.

Day by day, the violence escalates and the hunger worsens, while the men and women of WFP risk their lives to feed vulnerable Syrian families and communities. After nearly five years, the conflict in Syria has created the largest refugee crisis in history.

Watch the full episode at CBS.

Since fighting broke out in Syria in 2011, the crisis there has become WFP’s largest and most complex emergency worldwide. Today, more than a third of the country’s population has fled the ongoing civil war, with an estimated additional 3,000 Syrians fleeing every single day, mostly to neighboring Egypt, Iraq, Jordan, Lebanon and Turkey.

More than half of Syria’s refugees are children.

Every month, WFP provides Syrians with rations that include flour, pasta, cooking oil, beans, sugar and some canned foods, as well as food vouchers that give them the dignity of choosing their own food.

But as WFP’s largest crisis, the Syria operation is at risk of funding cuts, putting hungry children, women, the injured and families at risk of going without food.

Donate to support our work with Syrians right now.