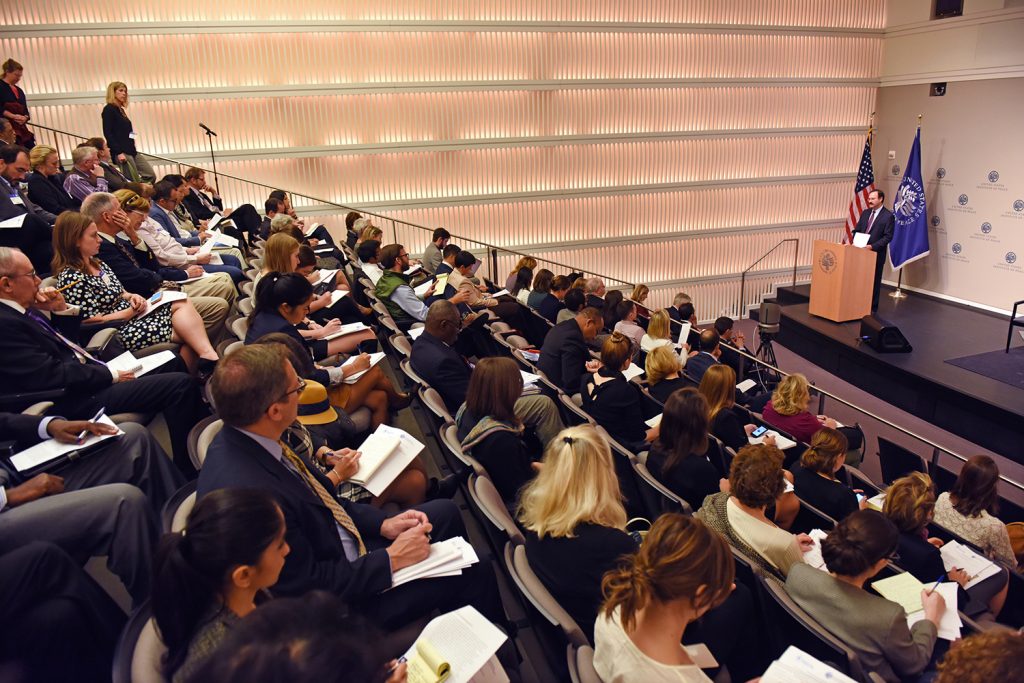 The global humanitarian system is creaking under the weight of protracted conflict.

Right now, 14 wars across the planet are displacing tens of millions from Yemen to South Sudan to Iraq to Syria, overwhelming traditional aid infrastructure. The number of people forced from their homes in the wake of violence, conflict or repression has increased from 37.5 million to 60 million worldwide since 2005, straining the capacity of humanitarian organizations like the United Nations World Food Programme (WFP).

On World Food Day, World Food Program USA co-sponsored an event with the United States Institute of Peace on how governments and NGOs must respond to the global aid crisis. The event brought together a panel of experts specializing in international affairs, humanitarian aid, development and security to propose fresh perspectives. The discussion was wide-ranging and candid, touching on the inflexibility and inadequacy of the current humanitarian funding system and how to better address emergencies in the field. 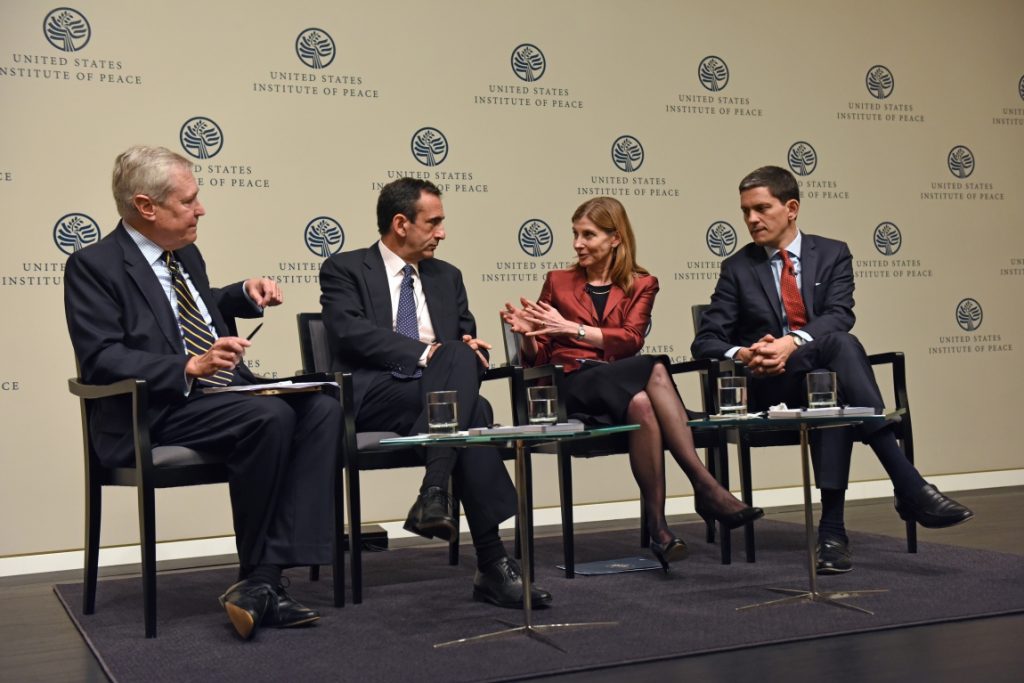 Richard Leach, President and CEO of World Food Program USA, put a human face on the policy issues at hand in his opening remarks, telling the story of Fatmeh, 52, originally from Idlib, Syria, now living with her husband and two children in a tent on Mount Lebanon, near the northern Lebanese port city of Tripoli. The vast majority of Syrian refugees in Lebanon live in informal settlements and not refugee camps since authorities are wary of giving them legal status, afraid it will disrupt the fragile sectarian political system governing the country.

This means that Fatmeh’s husband, Ahmed, has not been able to find steady work. To make matters worse, their second child was born with a heart defect, requiring constant medical care. Due to a funding shortfall last year, the U.N. World Food Programme had to cancel their family’s monthly food stipend.

This left her forced to choose between buying her child’s medicine and buying food to feed her family. When she could afford neither, she would tie scarves around her children’s stomachs before bed in an effort to quell their hunger pains.

This is the “new normal” that aid agencies like the U.N. World Food Programme are forced to operate in. Today’s global refugee crisis isn’t just a humanitarian tragedy of historic proportion, it’s also a “human tinderbox” of fragile states, escalating conflict and shifting geopolitics.

The available resources are simply dwarfed by the growing needs. These shortfalls are further exacerbated by the very real challenge of delivering aid effectively.

“It’s true that we need more money, it’s true that it is a scandal that the U.N. World Food Programme should be halving its voucher levels of support in Lebanon… but we also need different kinds of aid to speak to the more urbanized, longer term [refugee] populations.”

So far, the UN’s total humanitarian request for Syria is only 35 percent funded. The part of the program specifically for refugees is 49 percent funded.

“We need a paradigm shift,” said Philip Gordon, now a Senior Fellow at the Council on Foreign Relations, who previously worked in the White House as Special Assistant to the President from 2013 to 2015.

“For all of the discussions we had in the Situation Room … I have never heard anyone say, ‘Let’s not do that, it costs too much,’” continued Gordon. “But I have often heard people say ‘Boy, we feel badly about the refugees here or there, but you can only ask Congress for so much.’”

The direct consequences are far-reaching. In addition to the massive exodus from regional conflict zones, specifically Syria, we are now seeing the resurgence of once-eradicated diseases such as polio and an entire generation of children with limited or no access at all to education. There is no question, it is human suffering on a vast scale.

“When you look at the humanitarian infrastructure, the stress comes from protracted crises…” as opposed to natural disasters, said Nancy Lindborg, President of the United States Institute of Peace. “Sixty-six percent of contributions from key development donors go to protracted crises.”

“This is just a symptom of a far deeper set of problems that we absolutely must come together within the United States, and with global partners, on taking a different approach; to look at what is behind these protracted conflicts,” said Lindborg.

As Leach noted, while a political solution to end the hostilities fueling the current crisis is paramount, as the humanitarian community, we are responsible for aiding those in need no matter what—and we can do better.

It has been almost a year since the UN’s refugee agency warned that levels of displaced people around the world had risen to their highest since World War II. In response, the U.S. launched the Marshall Plan—a unified strategy for rebuilding Europe—that helped the world recover from the most violent war in human history.

Today, we are met with a moral obligation to engage at that level once again.

“I want to conclude with a quote from a very well respected theologian, philosopher and activist,  Abraham Joshua Heschel,” said WFP USA’s Leach, “‘Some are guilty, but all are responsible.’”