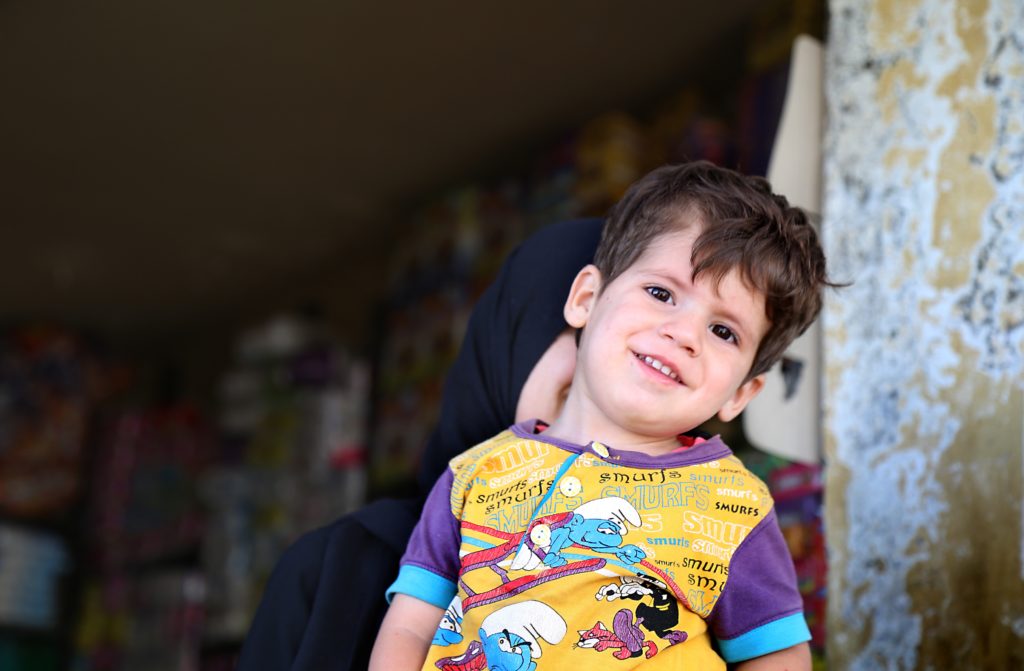 On the Eve of 2020, This Is What Tomorrow Looks Like From Syria

No one could have predicted the crisis in Syria would last this long. Especially not Iman. She’s from Daraa, in southwestern Syria, who remembers when her people resolved their differences peacefully.

With her head bent and one arm clutching her baby girl, Iman sits brooding over a broken past and an uncertain future. We are in a crowded room full of people displaced in Busra Al-Sham in the southern governorate of Daraa, where the conflict started over seven years ago and ended faster than anywhere else in Syria.

Of all the people living in the building, Iman stands out to me the most. Her eyes cast down, she barely notices her three other children tugging at her. 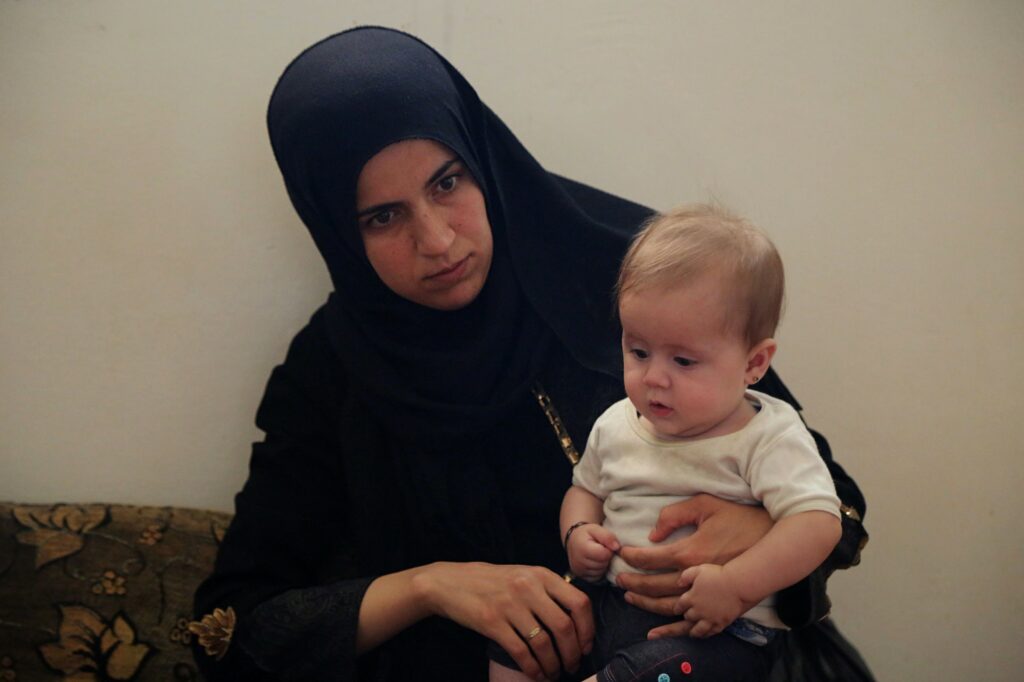 Iman Al Masry fled her home in Daraa and now lives in Busra Al-Sham with her four children.

The 23-year-old mother fled with her family from the escalating violence in the city of Daraa where she lived all her life, moving 25 miles southwest to reach Busra Al-Sham. After seven years of chaos she is now alone, displaced from home with the prospect of her marriage dissolving.

More alone and lost than she has ever been, Iman does not know what will become of her and her children. Without her husband, she is left to the kindness of strangers to survive. Both her father and brother are in prison. 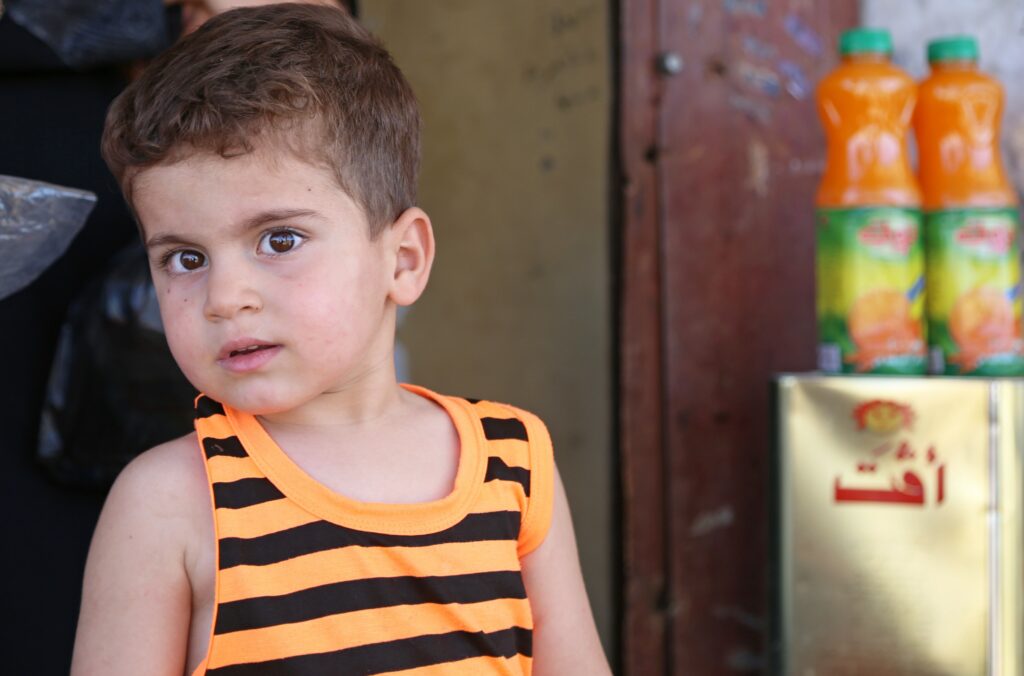 For a moment, Iman forgets the tragedy of her present to remember the kindness and generosity of the people of Daraa, before the conflict destroyed everything she had known.

She purses her lips in disappointment at the thought of how much her people have lost. “We used to relieve those in distress. Our elders would reconcile differences within the community. Now look at what has become of us.”

After all has come and gone, the women of Daraa are left to lament the destruction of their past and fear what is yet to come.

Less than a decade ago Busra Al-Sham, which now hosts families displaced from across Daraa governorate, was once a tourist destination, attracting three million visitors annually to its famed Roman amphitheater. In ancient times the town was the capital of the Roman province of Arabia and was a major metropolis linking east and west.

But this is now history. Driving through the south, we passed by destruction spanning the south western side of Daraa. As the birthplace of the Syrian uprising, Daraa is symbolic because of its early rise and rapid fall. It is hard to imagine that this devastating crisis all started here with just a little graffiti. 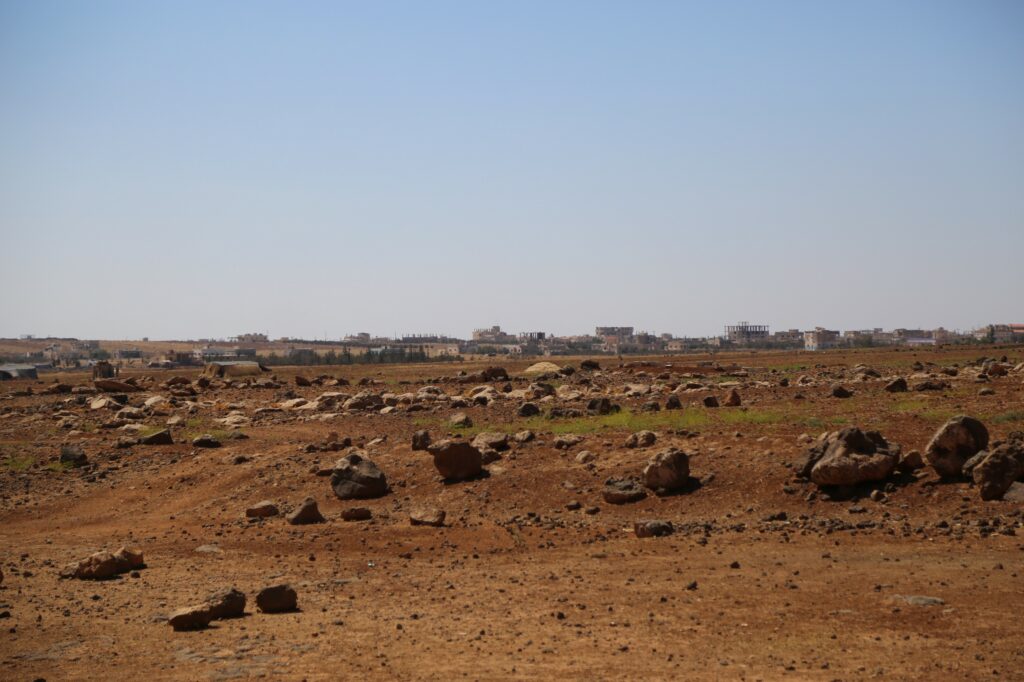 A view from the top. Busra Al-Sham has more than 40,000 people including displaced families from across Daraa governorate.

WFP has gone to great lengths to reach more than a quarter million people living in the south in Daraa, Quneitra and Sweida. From 2014 until recently, WFP delivered food across the border with Jordan when access from inside Syria was impossible. Now, WFP is able to reach 350,000 people across the south from its warehouses located inside the country.

But victims like Iman are still in need of much more help.

Water and electricity are the most pressing humanitarian needs in Busra Al-Sham and many items such as baby milk are smuggled into the town and sold at high prices.

Things are difficult for the families displaced in Busra Al-Sham and across the south, yet if there is one common hope that binds them, it is to return home someday. “I am relying on God,” says Iman. “I miss my hometown of Daraa. I was born there and it’s where I want to return.”