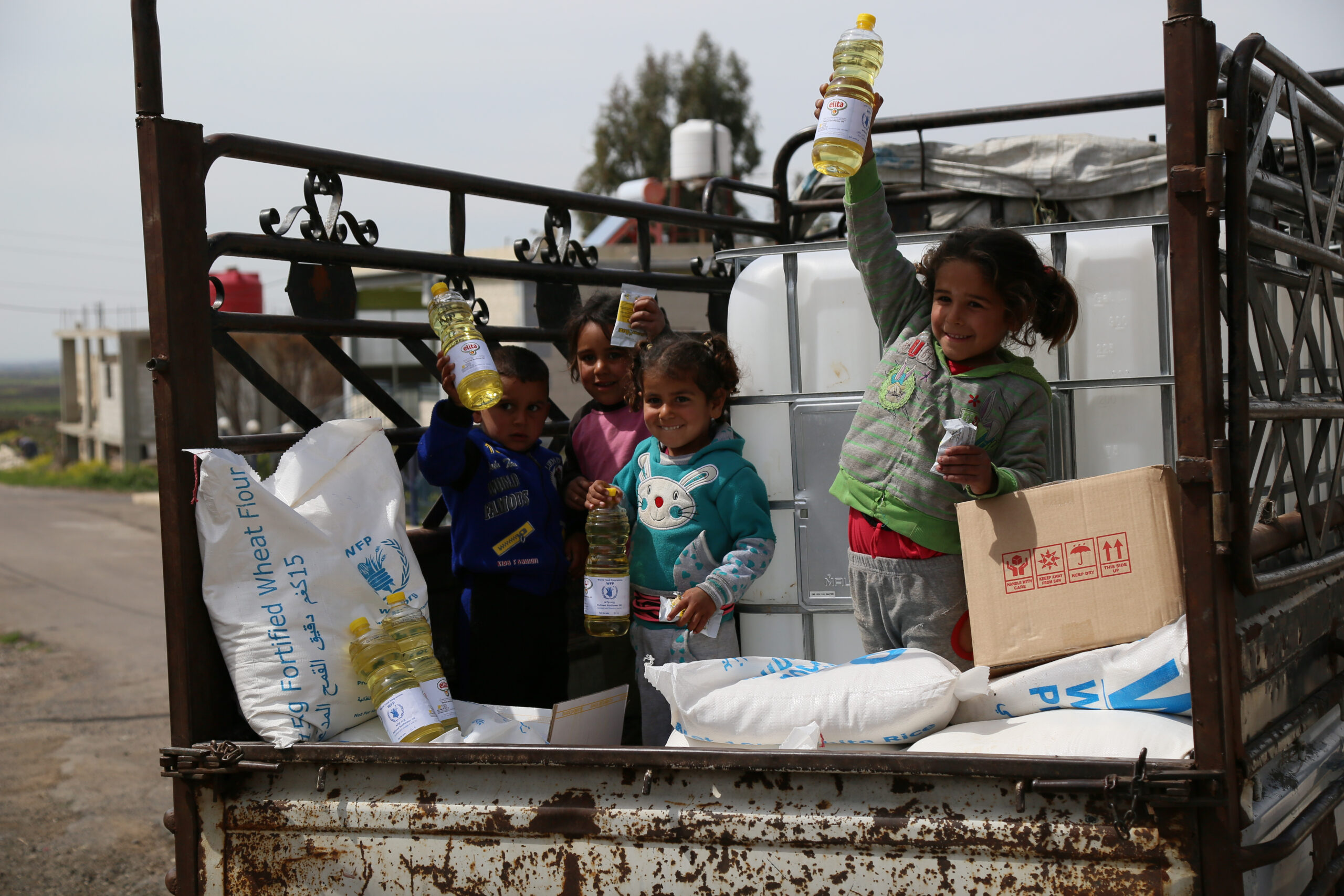 For the last two years Jakob Kern has served as the World Food Programme’s (WFP) Country Director in Syria to feed millions of hungry people inside the war-torn country. As the conflict enters its eighth year—as hard as it is to imagine—the situation would likely have been much worse without WFP, he says.

“More people would have moved,” Kern says. “That is probably the biggest achievement of WFP—that we stopped migration to Jordan, to Lebanon, to Turkey and further on to Europe. Syrians move when they don’t feel safe or when they cannot provide food for their families. They take their fate into their own hands.”

WFP has been active in Syria for nearly 60 years. Since the start of the war in 2011, staff have worked diligently with partners to deliver lifesaving food and nutritional assistance to families and children trapped in besieged communities, including Eastern Ghouta. Last month, WFP reached more than 3 million people across Syria impacted by the conflict. At a time of unprecedented looming famine in South Sudan, northeast Nigeria, Yemen, and Somalia, Kern says WFP’s assistance is a huge part of why Syria is not on that same list. Whether food was delivered by truck convoy or airdrop, lifesaving logistics have helped move humanitarian assistance from ships at port to emergency boxes of food rations for families in need.

“We averted a famine with our program because it was massive,” he says. “We have a huge operation going on outside hotspots like Eastern Ghouta. That’s the main work of our office: To keep that three million people operation going. Every truck that moves needs a facilitation letter that lets them leave the warehouse and travel through the country and deliver to our partners’ warehouses anywhere in Syria.”

In Deir Ezzor, a previously besieged community in northeastern Syria that was surrounded by ISIS for more than three years, more than 300 WFP high-altitude airdrops of food, including chickpeas, beans and rice, saved people from starvation.

“[WFP staff] were received like heroes,” recalls Kern when WFP re-entered the area for the first time last November after siege was over. “And whoever they spoke to said, ‘Listen, without WFP’s high-altitude airdrops, we would not have survived that siege.’ This was one of my highlights of my two years—to know that we actually saved 100,000 people from starvation through that operation that cost us a lot of sleepless nights.”

At the heart of that effort, Jakob says, is a WFP team in Syria that is made up of national and international staff working together for the welfare of the Syrian people. They have put themselves in harm’s way for a profound mission: To use food as a tool for peace in Syria after more than seven years of conflict.

“I had a great team, mostly national staff, 350 staff in Syria,” he says. “And the quality of the staff was amazing. They were working under very difficult conditions—a lot of our staff were displaced themselves. They had to move houses because they got bombed. This is the reality that they are facing.”

No child should suffer in a world without WFP