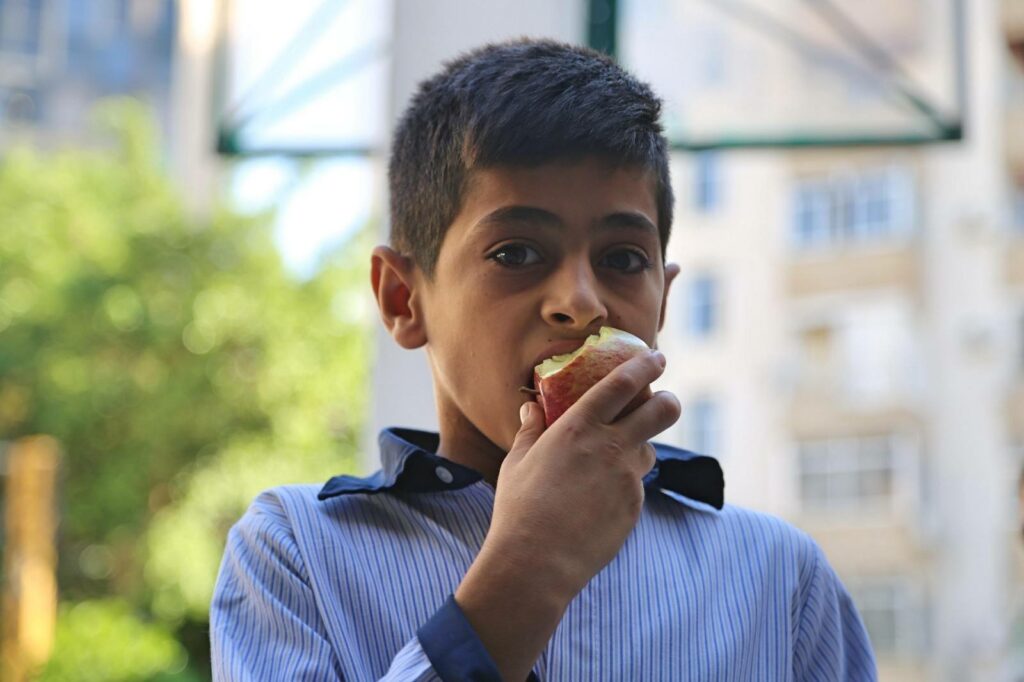 When Refugee Children Go To School, WFP is There

Good nutrition is no stranger to 12-year-old Ibrahim. It’s his first day back at school in the capital of Lebanon, Beirut, and he participates in the World Food Programme (WFP)’s school meals program.

Each day, Lebanese and Syrian students are given a white paper bag containing fresh fruit and a carton of milk. After munching on the snacks during recess, he learns the basics about good nutrition. That’s where he learned the importance of balanced meals.

“My dad is a chef and when I went home and told him what I learned, he said ‘good — now you can cook too!’ Ibrahim says. “So now I help him to make healthy dinners with lots of vegetables every evening.”

For so many refugee children around the world, the classroom has become one of few places where they can feel normal—a place where they feel safe and start to dream about a brighter future. And that’s where WFP, the world’s largest provider of school meals, is making sure refugee children have what they need to learn.

In 2017, WFP supported more than 2.5 million Syrians displaced from their homes into neighboring countries. And as the Syrian civil war enters its eighth year, all but preventing their return home, WFP school meals programs in Jordan and Lebanon are helping young Syrian refugees continue their education. 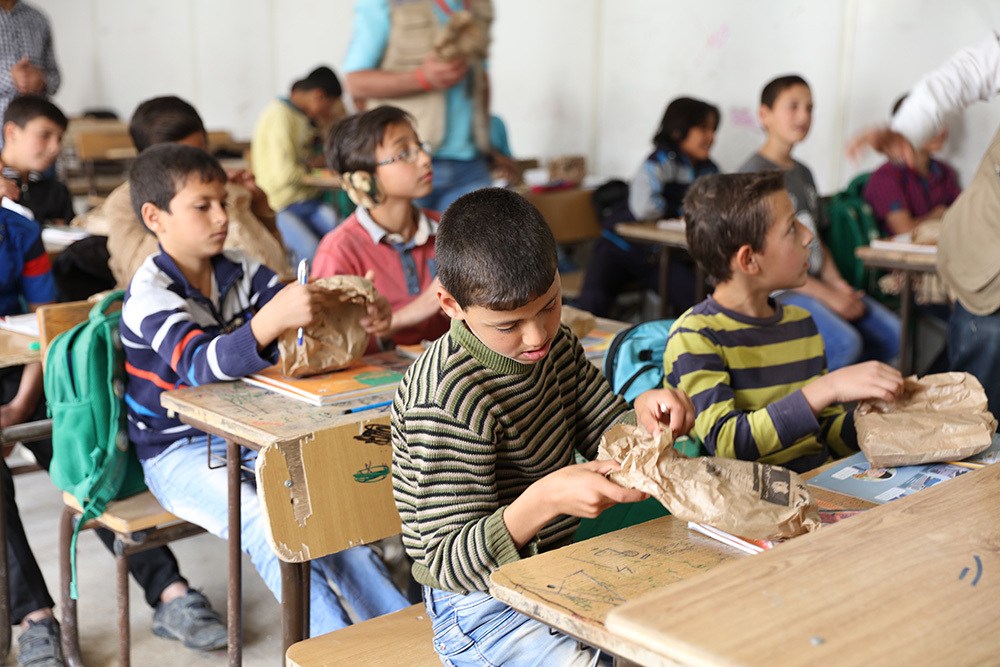 Students eat a school meal in the Zaatari Refugee Camp in Jordan.

In Lebanon, WFP joined forces with the government to address the lack of educational opportunities for both Lebanese and Syrian elementary school children. By distributing locally-sourced ready-to-eat snacks, WFP staff is addressing short-term hunger while providing an incentive for parents to enroll their children in school and encourage their attendance.

Beyond these benefits, the potential for greater social cohesion and understanding among children makes WFP’s school meals work that much more important for children negatively impacted by violence and displacement.

“Children sit down, and talk, and laugh together while eating, and I believe that time helps these children see each other as people,” said WFP Executive Director David Beasley. “That meal binds them together. And when they’re older, those bonds are harder to break.”