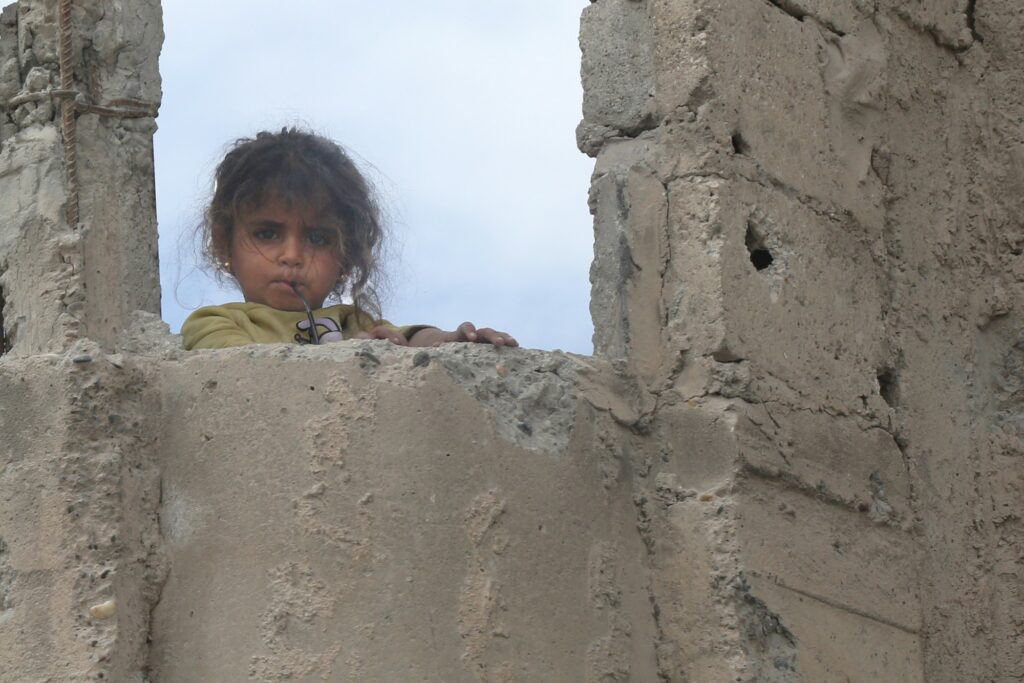 Why Conflict and Hunger Have the World’s Attention

This past May, the U.N. Security Council unanimously approved a resolution officially recognizing the link between conflict and hunger for the first time. The measure (#2417-2018) calls on parties to armed conflict to comply with international humanitarian law and not threaten the survival of civilians by inhibiting their ability to produce or access food and other critical resources.

The historic resolution sends a clear message: the underlying causes of conflict and hunger must be addressed within a growing number of fragile states around the world to ensure their citizens have reliable access to enough affordable, nutritious food.

For many individuals and families living in conflict zones, options are limited. Some try to wait out the violence or move to a nearby town, hoping the violence will subside so they can return to their homes, jobs and schools. Yet often the unrest grows, businesses close and food becomes scarce, forcing people to flee to unfamiliar places in their attempt to survive. Suddenly teachers, doctors, business owners, artists, scientists, students, athletes, mothers, fathers, and children are given new titles: refugee, internally displaced person, asylum seeker.

The resolution follows a tremendous amount of discussion and work on hunger, conflict and state fragility. Last year, the World Food Programme’s (WFP) The Root of Exodus report provided firsthand accounts of migrants—many from East and West Africa, Asia and the Middle East—who had found their way to Greece, Italy, Jordan, Turkey and Lebanon. When people are forced to flee their homes, they rarely move just once. Despite their long journeys, many indicated that they would likely move again due to a lack of economic opportunities and low levels of assistance. People who find shelter in refugee camps often remain there for years. Today, there are thousands of children who were born in camps and have never known another life.

These findings have grave implications given the direction of recent global trends. Between 2015 and 2016, the number of hungry people in the world rose for the first time in a decade, largely the result of a record number of people displaced due to violence, conflict and persecution of race, religion, nationality, political opinion, or membership of a certain social group. Of the 815 million hungry people, 489 million—almost 60 percent—live in countries affected by conflict. 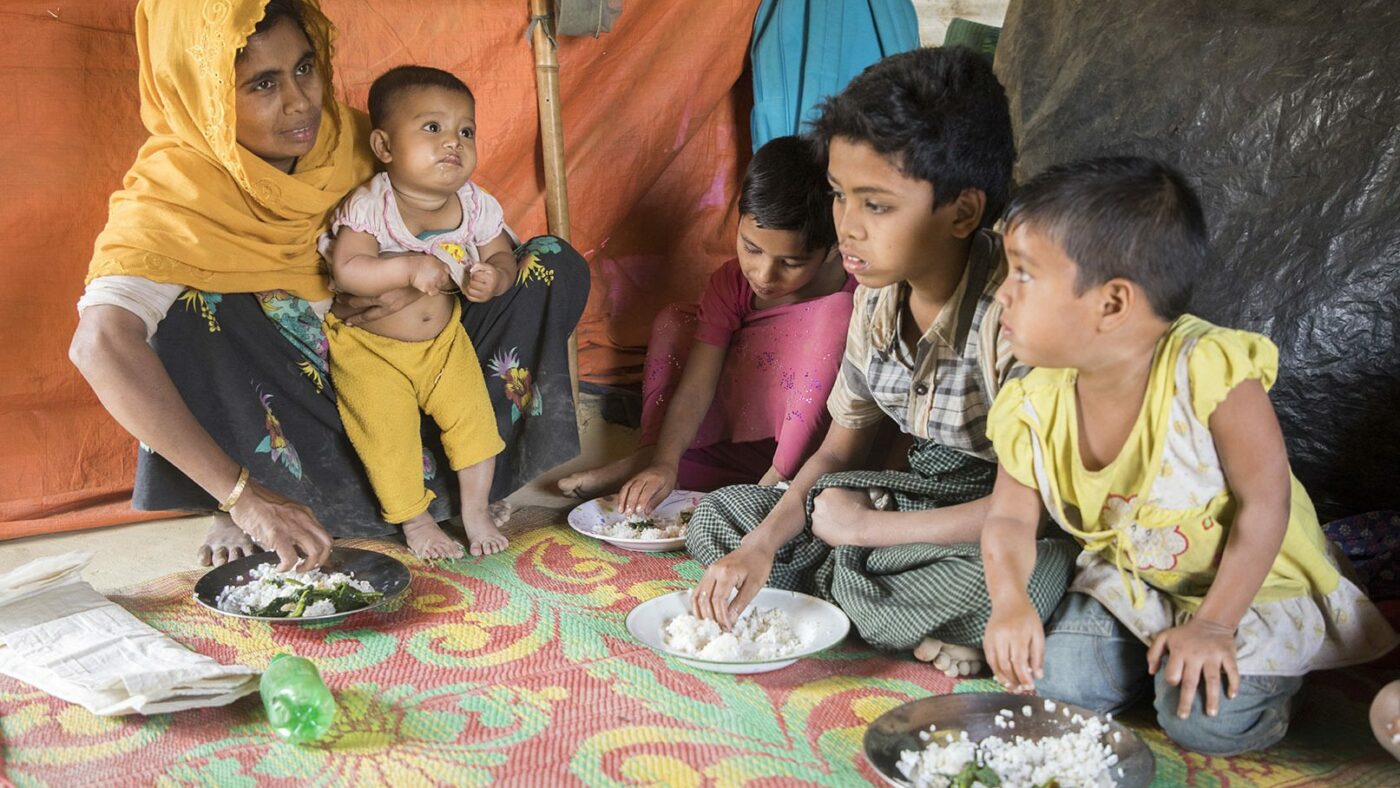 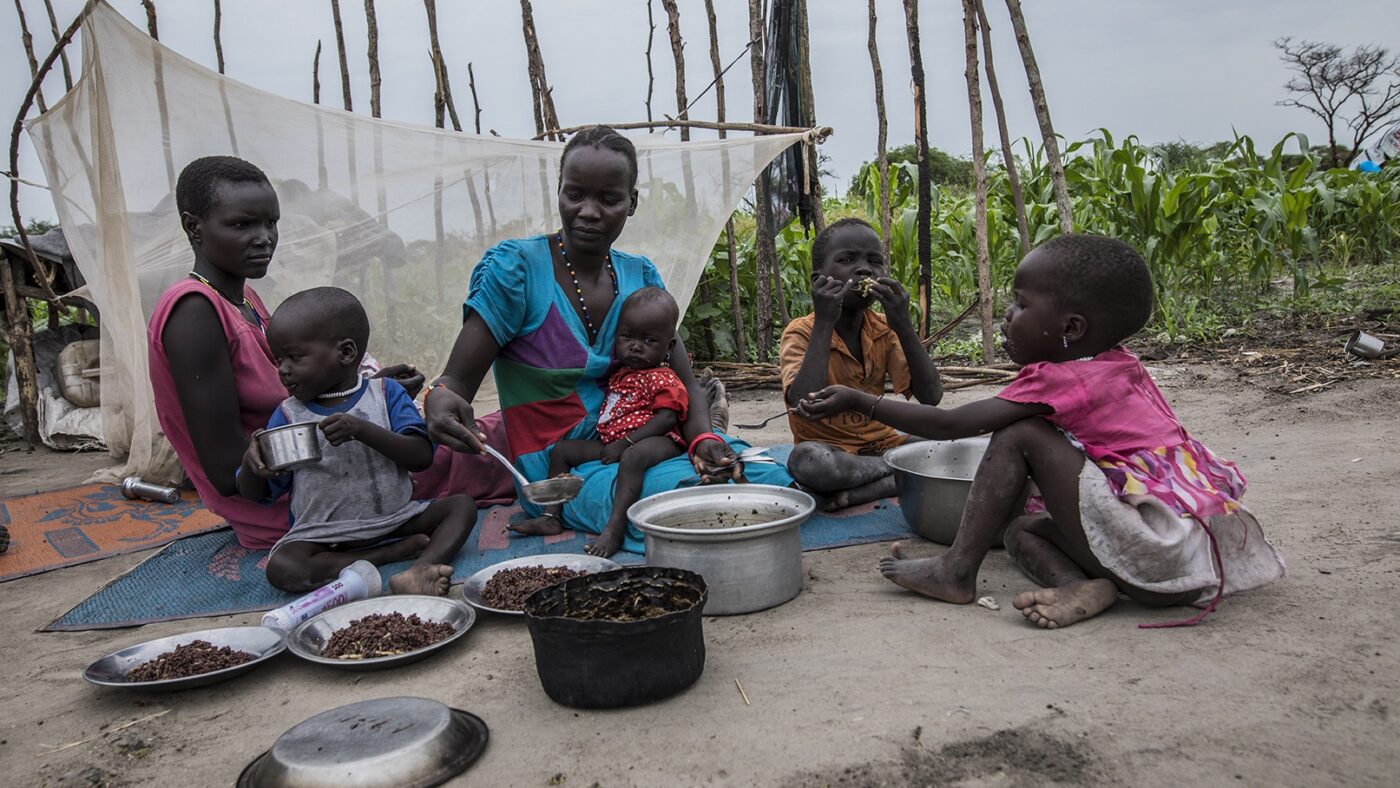 Recent research has shown that there is a strong and mutually reinforcing link between food insecurity and instability, with people in fragile and failing states like South Sudan lacking the necessary access to food. Fragile or failing states include those that may be plagued with conflict and corruption, or those with governments who lack legitimacy in the eyes of their constituencies and are unable to deliver on the economic needs of their people, such as jobs and public services.

One joint paper, Escaping the Fragility Trap, by the London School of Economics, Oxford, the International Growth Centre and Blavatnik School of Government, notes that there are fragile states that are not particularly poor, such as Libya and Syria, but that the scale of suffering of those populations are a call to addressing the “syndrome” of fragility. Not only do international actors—donor countries and aid agencies—need to look at their evidence base and change their way of working in order to respond better to the realities of ongoing crises, but domestic actors—governments, political parties, media and civil society—need to address issues such as combatting corruption, building domestic security and legitimacy and setting national priorities. In the words of the authors, “solutions to state fragility will be largely domestic.”

World Food Program USA published a report in December 2017 called Winning the Peace, which pulls from a large body of academic journal articles from the past five years that examine the relationship between food insecurity and instability in a variety of geographic areas and conditions. Researchers have studied the food insecurity-conflict relationship in a variety of settings, from drought conditions in Ethiopia that are cited for contributing to regime change both in the 1970s and 1980s to a peaceful uprising in Syria in 2011 which led to an ongoing civil war where half of the population is now displaced and many are dying of malnutrition.

In total, researchers have linked food insecurity to at least nine different types of instability. While the drivers of food-related insecurity are diverse, they can be grouped into three interrelated categories: agricultural resource competition (land and water), market failure (price spikes), and extreme weather (drought, flood). A number of strategies can help to break the food insecurity-instability relationship, from emergency food assistance and addressing childhood malnutrition to agricultural development and the establishment of social safety nets.

Protracted crises mean that families cannot return home and that children risk growing up without the proper nutrition and education to contribute fully to society, not to mention lasting psychological damage they may experience from being exposed to violence and conflict at such a young age. The global community must come together to deliver comprehensive humanitarian and development assistance to help break the cycle of conflict and food insecurity by addressing basic humanitarian needs and creating the conditions for peace to emerge. The U.N. Security Council’s resolution is an important step in this direction.

Learn more about our Winning the Peace report here.