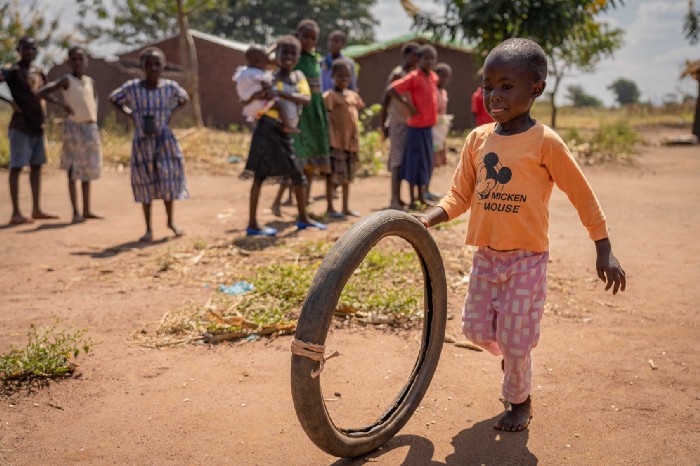 A few years ago, Dorica Samson’s 2-year-old son Chrispine would feed solely on breast milk, refusing to eat anything else. Eventually, he fell sick.

“While my son, Chrispine, was being treated for malnutrition at the hospital, I received orange-fleshed potato vines which I planted the same year,” says Dorica, from Nambirikira Village in Malawi’s Dedza District. “This potato is very rich in vitamin A, and I feed it to my five children and husband to stay healthy.” 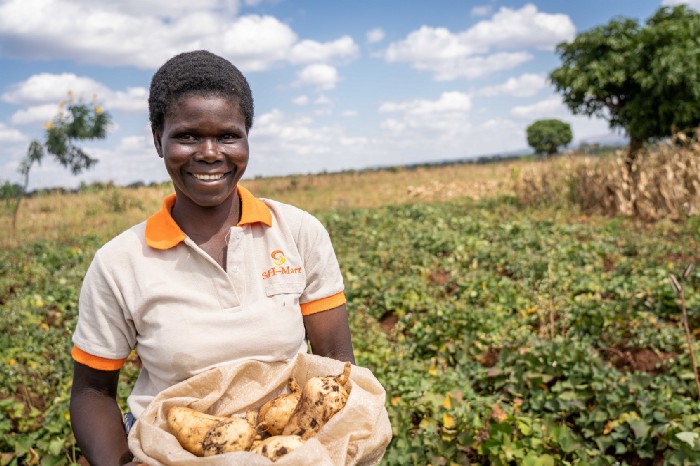 Chrispine was admitted to Mtendere Community Hospital for supplementary feeding provided by the Government in collaboration with the United Nations World Food Programme (WFP) and the Government of Ireland. The nutritional support he received likely saved his life.

Chrispineis now healthy enough to run and play with other children. His recovery is well underway thanks to nutrition interventions.

Of the 109 million people the U.N. World Food Programme aims to reach in 2021, more than 17 million are infants and pregnant and nursing mothers in need of lifesaving malnutrition prevention and treatment. William Magombo, a health surveillance assistant at Mtendere Community Hospital, has seen many stories like Dorica’s.

“We have been raising awareness with pregnant and breastfeeding women on nutrition and healthy diets,” says William. “However, to sustain them on the path to recovery, we train them to grow and prepare locally available foods, such as the yellow-flesh sweet potato, beans, groundnuts and others.” 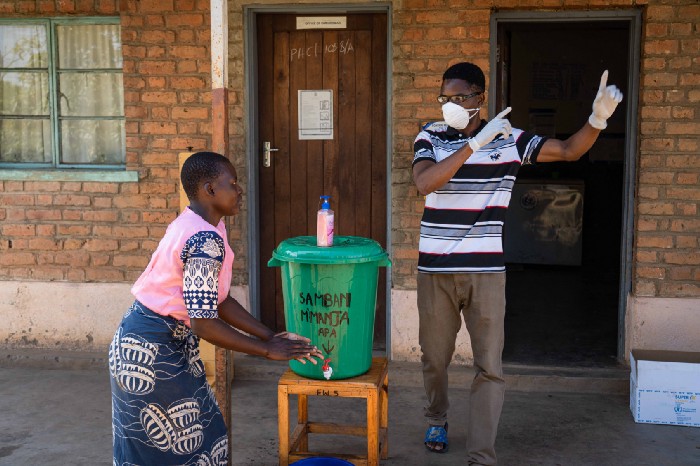 Malawians face high levels of stunting which results from poor childhood diets and infections. The effects range from being too short for one’s age to impaired brain development and poor immunity. Stunting cannot be cured, but can be prevented during a child’s first 1,000 days with the right nutrition interventions. In 2018, 1 million of Malawi’s children under five suffered from stunting.

Childhood hunger in Malawi is perpetuated through the impacts of recurrent climate shocks. Without access to adequate food and nutrition, children under five are at high risk of acute malnutrition, which can result in irreversible setbacks to their development for the rest of their lives. 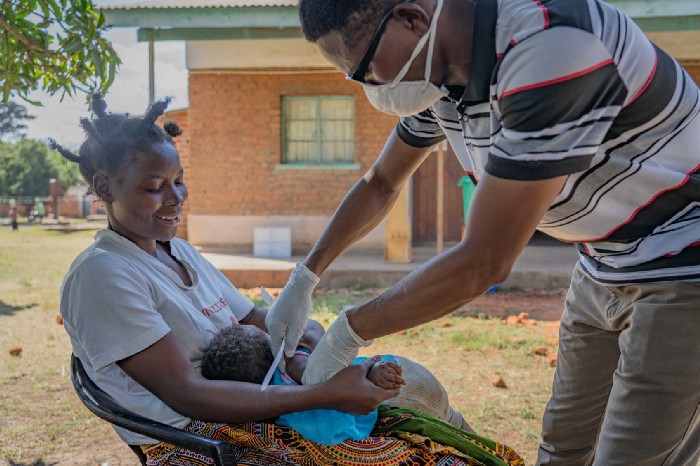 William prepares to check the nutrition status of an infant using the mid-upper arm circumference testing.

Usually, when children fall sick with malnutrition in Malawi, they are taken to a health center to receive Super Cereal Plus, a nutrient-rich, high-energy, dense porridge flour. While her son was being treated, Dorica started participating in a program to learn how to grow and cook nutritious food for her family — hence the orange-fleshed sweet potatoes she planted.

Potatoes are a great complement to other regional foods such as corn, soy beans and groundnuts, all of which Dorica grows on her farm. From these, with the training she got at the hospital, she and her family of six now have a rich and nutritious diet. 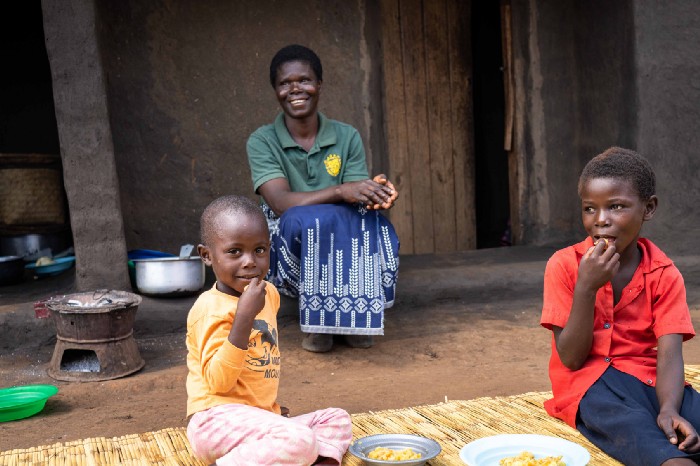 Chrispine and his brother eat a lunch that’s rich with yellow sweet potatoes.

In spite of the restrictions on her movement and gatherings due to the COVID-19 pandemic, Dorica has all the nutritional solutions she needs for her family right at her doorstep.

“I make porridge and fritters from the potato, and Chrispine likes it so much — it is delicious and full of nutrients,” she says. “I feed the entire family and they love it,” she says. “With this potato and the other crops I grow, I have enough food. Even with the little baby, I do not go to the hospital for nutrition support.”

This story was written by Francis Thawani and originally appeared on WFP’s Insight.

To learn more and join the fight against childhood hunger, click here.