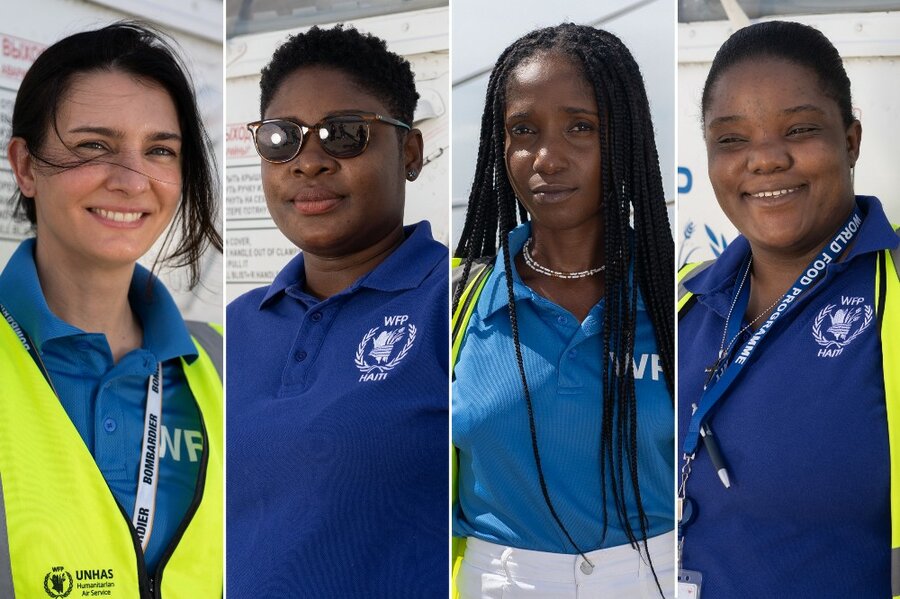 Meet the Four Women Behind WFP’s Helicopter in Haiti

In honor of International Day of United Nations Peacekeepers, we’re revisiting the profiles of four women managing our air operations on the island nation of Haiti – including Isabel, who previously served with the U.N.’s Department of Peacekeeping Operations. 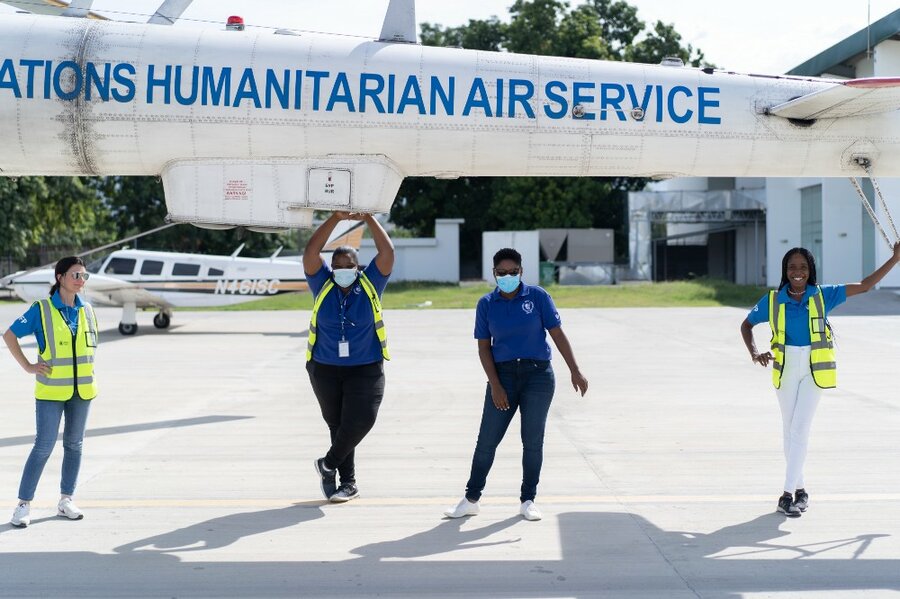 It takes four busy bees in the U.N. World Food Programme office to keep the humanitarian helicopter in the sky every day. When we first met them in 2020, Isabel, Jovanie, Robine and Danourah managed every aspect of the air operation from bookings and schedule to flight authorizations, last-minute cargo requests, security and keeping track of maintenance and crew rotations. 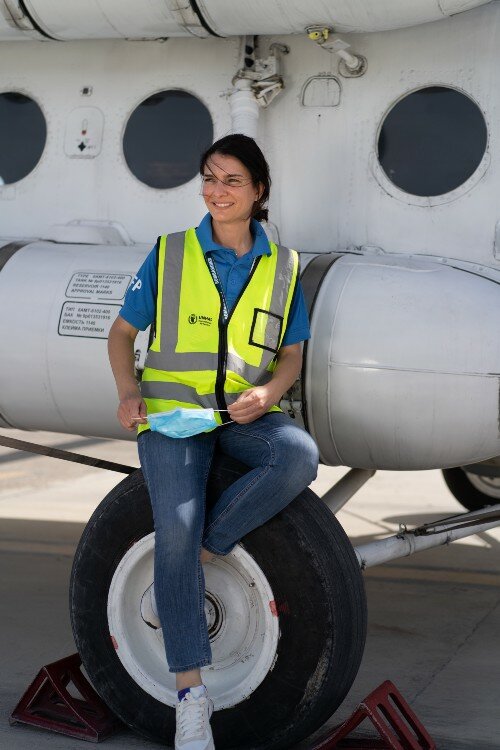 “As a child I used to lie down on our terrace and spend hours counting the planes above my head,” Isabel said.

The Barcelonian never thought of any other job than aviation. After getting her pilot license at 18, she quickly embarked on a career that would take her to the skies of Cote d’Ivoire, Afghanistan, Italy, Mali, Niger and now Haiti. Isabel joined the U.N. World Food Programme in 2017 after several stints at the U.N. Department of Peacekeeping Operations.

“I’ve always needed excitement in my job,” she said. “In aviation, every day is a puzzle, and you have to think outside of the box to fulfil what at first seem like impossible requests.” That’s how she found a solution to fly an x-ray machine to La Gonave, an isolated island off the coast of Haiti where medical infrastructure is particularly poor. “It is so rewarding to read the many thank-you emails from the manager of the medical organization we are serving — a simple flight is changing the life of a community. This is what gets me up in the morning,” she said. 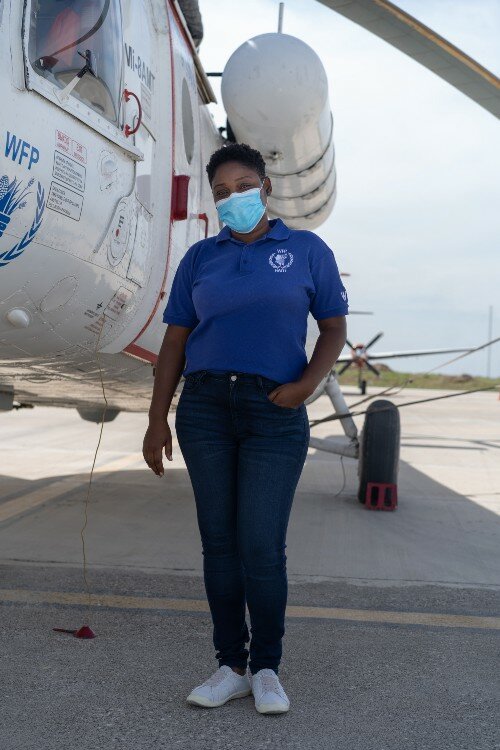 “My first time on a helicopter was in 2006. I wasn’t afraid,” Jovanie recalled.

Aircrafts are not a rare sight in Jeremie, south of Haiti – where Jovanie grew up. After studying business administration and industrial technology, she came into aviation by accident. When the United Nations Stabilization Mission in Haiti (MINUSTAH) started its mandate in 2004, she applied for a job and was assigned to work as an inspection and quality control assistant, where she learned the skills that would later land her a gig with the aviation team. Of her 15 years in aviation, the last one has been at the U.N. World Food Programme, where she takes care of bookings, schedules and maintenance.

“I didn’t even know the U.N. World Food Programme had helicopters,” she said. “I thought they just gave food!” 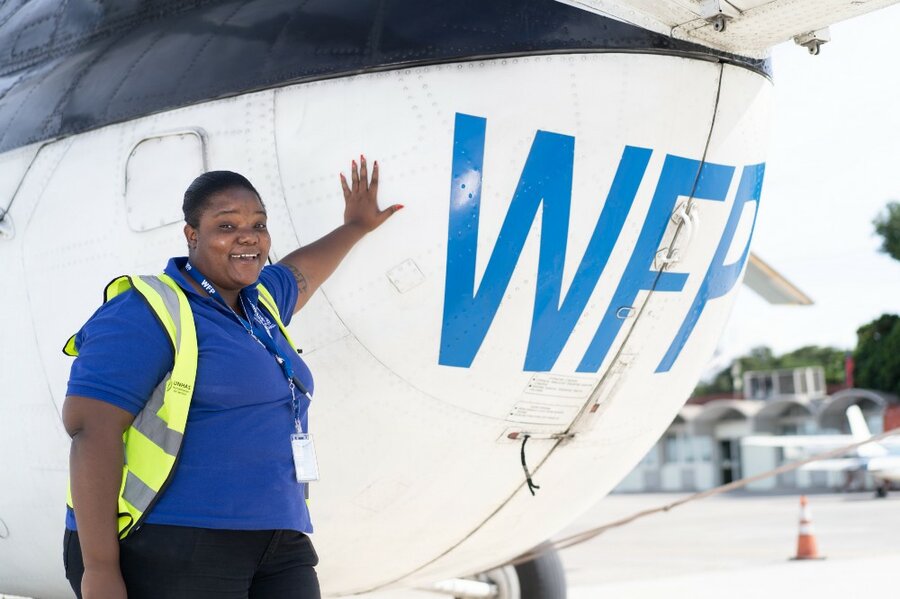 “My uncle was in aviation, my mom worked for Air France,” recalled Robine. “It runs in the family.”

Robine was supposed to finish her law degree in 2019 but the program was suspended due to COVID-19. So, she applied for a job with the U.N. World Food Programme and soon found herself on the UNHAS helicopter.

As a flight assistant, Robine helps to arrange and monitor flights and guides passengers and cargo onboard. And she has now decided to stay in aviation and logistics. “Every flight is as exciting as the first one, and flying equipment to first responders and taking humanitarian staff to emergencies on the ground is infinitely rewarding,” she said.

Danourah was not born a humanitarian. On January 10, 2010, her life was rocked by the earthquake that ravaged Haiti and would forever change the destiny of her country.

“I was at school with my younger sister and just getting out of a physical education class when the ground started shaking. We ran out just before the building collapsed, but it was only when I saw the dust and heard the screams rising from all around the neighborhood that I understood how serious this was,” she recalled.

Danourah’s father, who was working for the United Nations Stabilization Mission in Haiti (MINUSTAH) at the time, took her for a ride across town the next day in his car. “We would hear screams and wailing rise from the city every night for weeks, maybe months,” she said.

So a few weeks after the earthquake, Danourah enrolled to volunteer at an orphanage taking care of children survivors. It was her introduction to social work, which then led her to the humanitarian world, flying on another U.N. helicopter 10 years after her father flew on one for MINUSTAH.

The U.N. World Food Programme thanks Canada, the European Union (ECHO), France, Germany, Spain, Switzerland and USAID for their generous and consistent support to common logistics services in Haiti, including to the United Nations Humanitarian Air Service (UNHAS).

This story originally appeared on WFP’s Stories on November 27, 2020 and was written by Antoine Vallas.