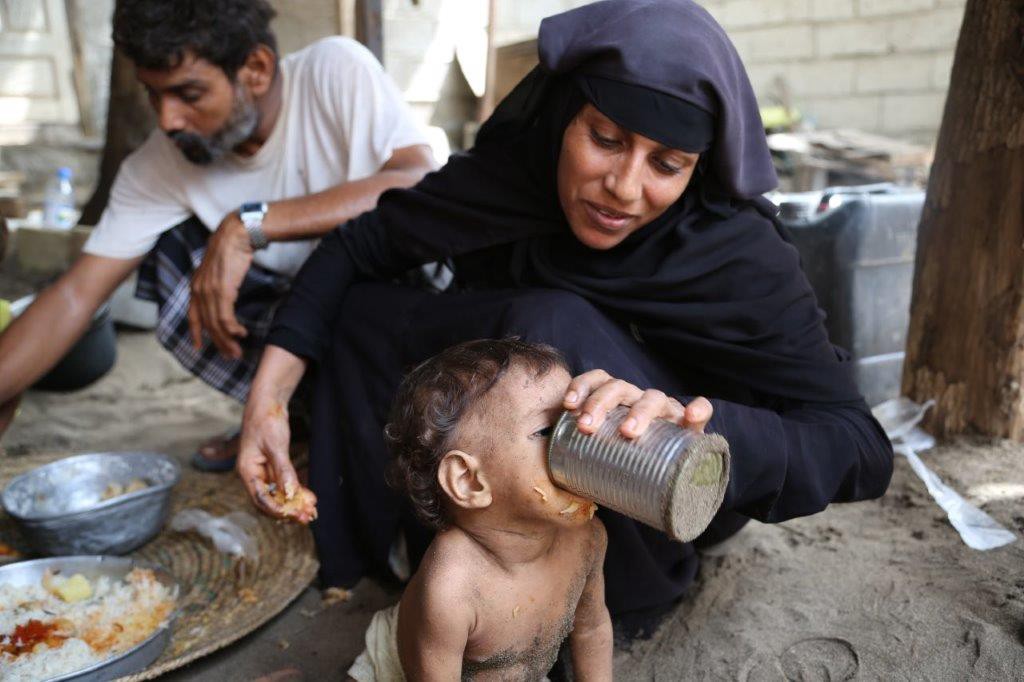 Fadl and Aisha are two Yemeni parents who live through this every day. They struggle to provide the bare necessities for their brood of five children. On a hot summer noon you would walk into their house and find the younger ones scattered on the sand-covered floors trying to cool their over-heated bodies.

They do not have a single toy in the house, but to them it is a big playground. Both parents are constantly showing their unconditional love; the only thing they can afford plenty of.

The young family lost their only source of income after fighting intensified near the port of Hodeidah and along the coastal line. They now rely almost totally on eating plain bread and maybe some fish if Fadl manages to catch any. They might be able to afford rice and some tomato stew on a good day. Fadl, like most fishermen in the city, can no longer go deep into the sea on the bigger fishing boats on which they used to spend weeks. Most of them now can only use fishing rods a few meters into the shore, because of the fighting. They catch a few fish to sell, earn some money and maybe save some to eat.

“We have no hope but the sea. We do not have any other profession,” he says. “We cannot work anymore; we’re staying at home.”

Getting By on Next to Nothing

The family is among the seven million people  —  some of the most vulnerable in Yemen  —  that the World Food Programme (WFP) provides monthly assistance for. A WFP bag of wheat flour is worth US $12 in Yemen; many families say they make between about US $30 to $40 per month at a time when food prices have rocketed and incomes diminished. 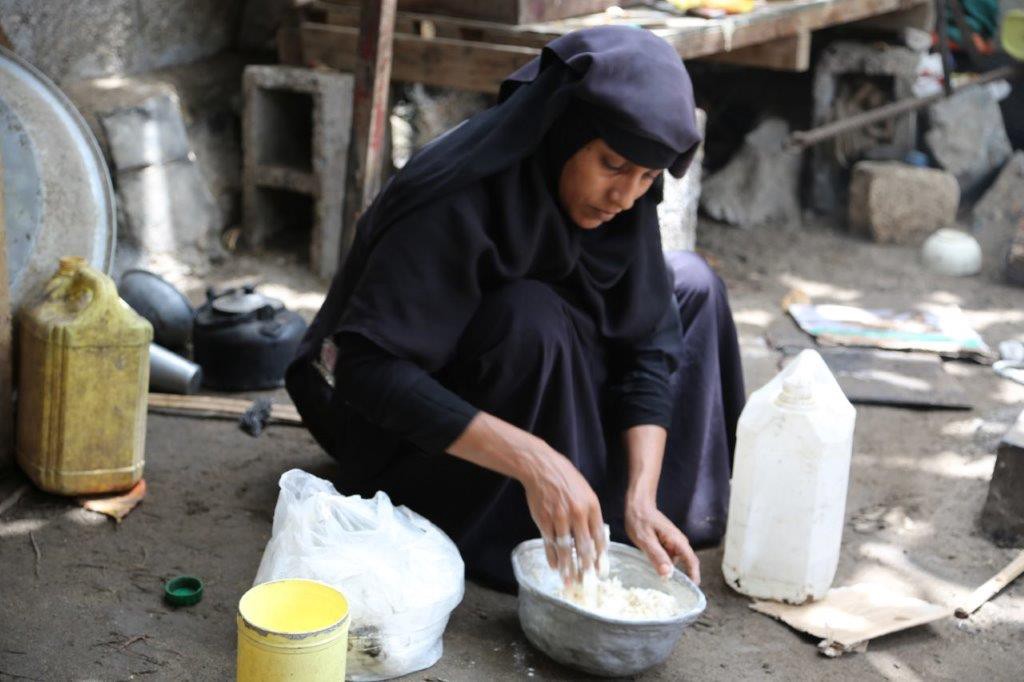 Aisha kneads bread dough. For a family like theirs, the flour and oil they receive are worth almost half their monthly income. Families in this poor area in Hodeidah eat only bread on most days. 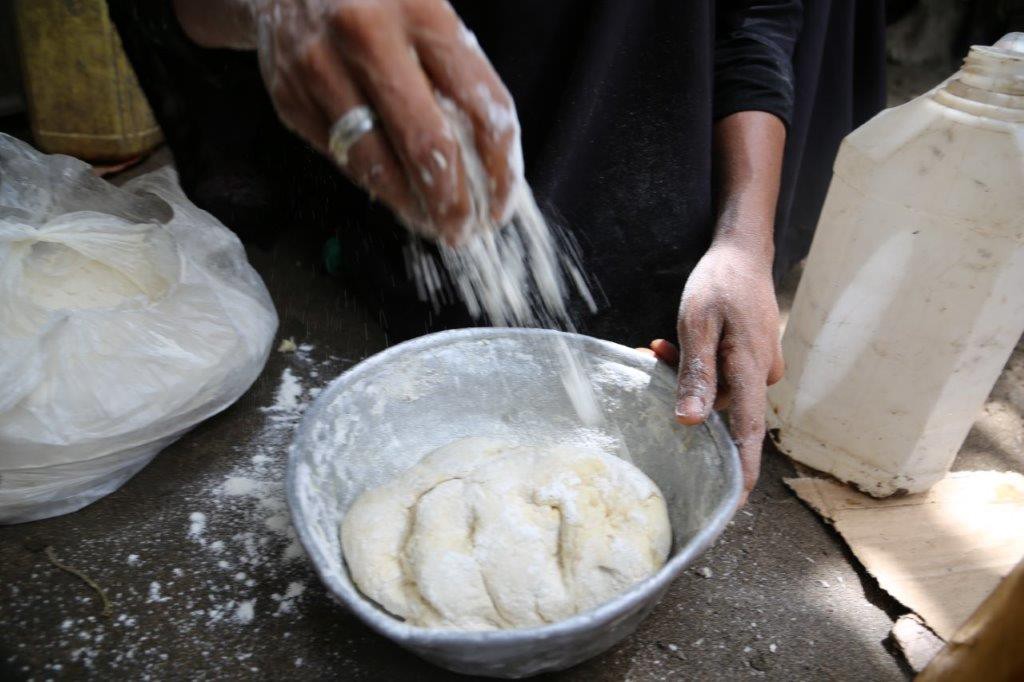 “They eat what’s available, it depends on what we have and how much money we’ve got. If we have wheat grains from the monthly assistance, we take it to the milling house and use the flour,” Fadl says. “Sometimes we have nothing but flour and we make aseed [Yemeni porridge] with some sugar.”

More than 17 million people in Yemen need food assistance. WFP is only able to provide food for about seven million who are most in need. Families with pregnant women or nursing mothers and children at risk of malnutrition have priority.

The family do not have electricity in their house, gas for cooking or even a cooking stove. Aisha has a makeshift stove built out of bricks. She uses old cardboard and paper and dried leaves to light up a fire underneath her aging cooking pot. Despite that, Aisha is a calm and smiling mother who is raising five children with a new one on the way.

Aisha lights up a fire to make tomato stew. The price of cooking gas has skyrocketed and most families cannot afford it anymore.

“I’m not at all happy about the baby that’s coming, how can I be? I’ve tried every contraception there is, but I still got pregnant,” she says over the sound of crackling fire.

“What can we do now though?” says Fadl. “We have to accept God’s will and accept this baby. I just hope things will improve and life goes back to how it was before the war when I could give them all what they needed.”

Since March 2015, conflict has exacerbated Yemen’s problems. Already the poorest country in the Arab world, Yemen has since spiraled into more hunger and poverty that is putting the lives of an entire generation at risk.

YOUR support helps WFP deliver lifesaving food — and hope — to the most vulnerable victims of violence and hunger in Yemen.

This piece was originally published on WFP’s Insight