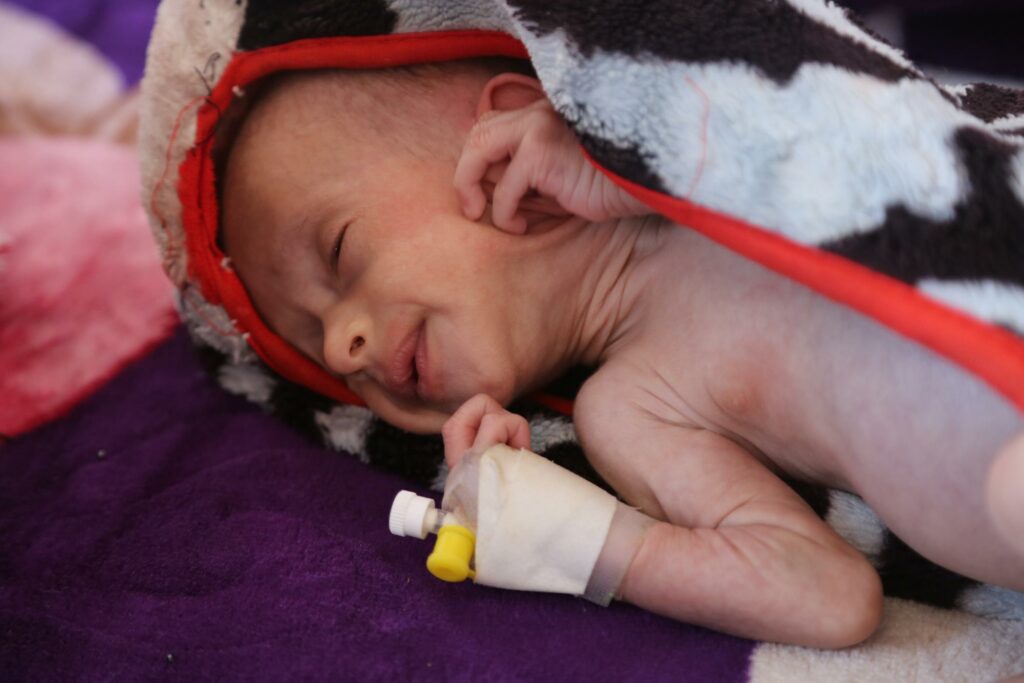 Children Are the Hidden Victims of Hunger and War. Here Are Some of Their Stories.

The world may be moving on to a new year, but in Yemen, millions are being left behind. Conflict has created a hunger crisis in the country. WFP is working hard to provide food assistance and avert famine, but fighting, high food prices and a failing economy are pushing people to the brink.

Nearly 16 million Yemenis wake up hungry every day, including 1.8 million children. Hospitals are overwhelmed with children clinging to their lives. 5-year-old Ali and his 6-month-old brother are two of these children. Their mother says they are trapped in a vicious cycle: she brings the boys to the hospital for care and then must bring them back to a home with nothing to eat, not even one spoon of rice. The hunger sickens them, and they return – just to repeat the cycle again. Before the war, her husband worked in the public sector. Now, he struggles to find work to not only care for his wife and kids, but his mother and siblings as well. They cannot afford the food their family needs to simply survive. 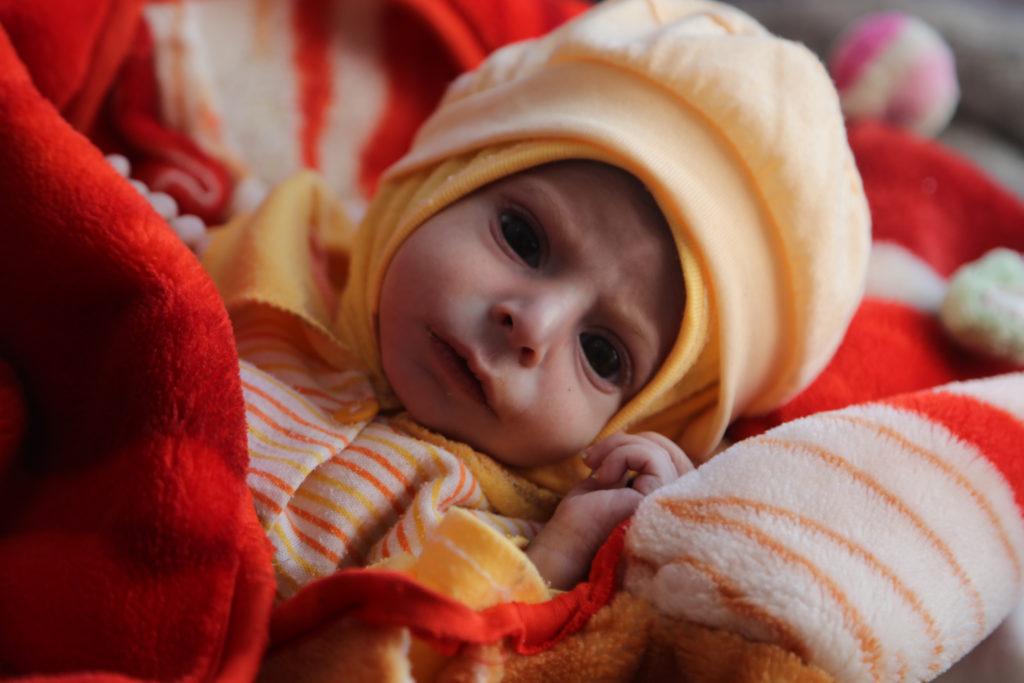 At that same hospital, Malak and Warda lie nearby. Malak is a 1-year old girl with severe, acute malnutrition. She weighs only 11 pounds and has an iron deficiency that causes swelling in the face, legs and hands, along with loss of hair. It’s one of the most difficult forms of malnutrition to treat. 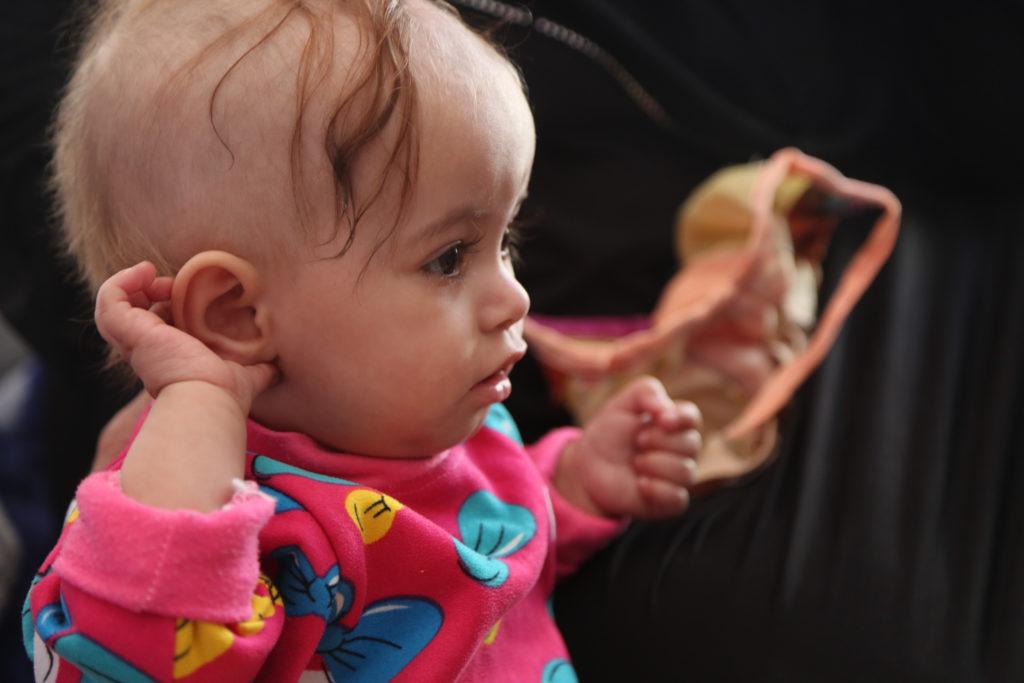 When this photo was taken, Malak was 1 year old and weighed 11 pounds. The average weight of a healthy baby girl in the U.S. is approximately 19 pounds, 10 ounces.

At 4 months, Warda weighs just over 4 pounds. Her hair is falling out and she’s unresponsive. Thankfully, doctors think she’ll be okay – but Warda is one of the lucky ones. One child dies every 10 minutes in Yemen from hunger and disease.

Warda, 4 months old. “I pray that this girl will survive and that this vicious war will end. She is one of many children who are fighting a battle for their survival. They need our help.” – WFP Executive Director David Beasley

Mohamed was not so fortunate. 8 months old, he arrived at a WFP nutrition center in a local hospital with severe, acute malnutrition. But it was too late. A few days after Mohamed arrived, he died – an innocent victim of hunger and war. 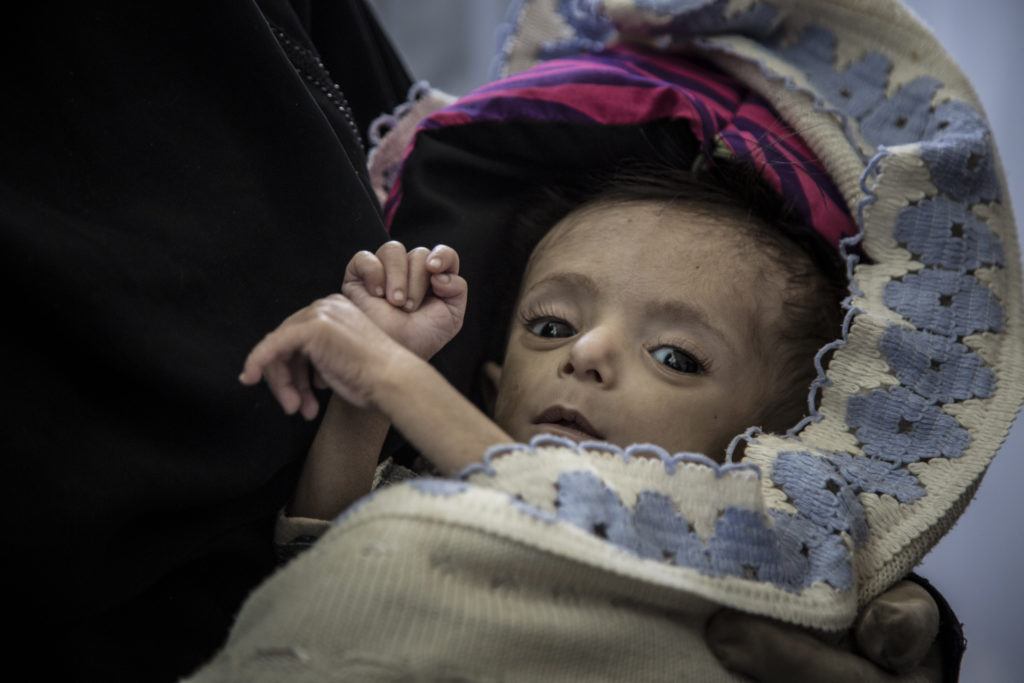 Mohamed Hesham was 8 months old when this photo was taken in Sana’a, Yemen.

WFP is doing whatever it can to help starving children in Yemen – without WFP’s support, millions of people would succumb to hunger – but even still, the most effective solution to end Yemen’s hunger pains is peace. Only peace will prevent war from robbing Yemen of an entire generation – and give children like Warda, Malak and Ali a chance to grow up.