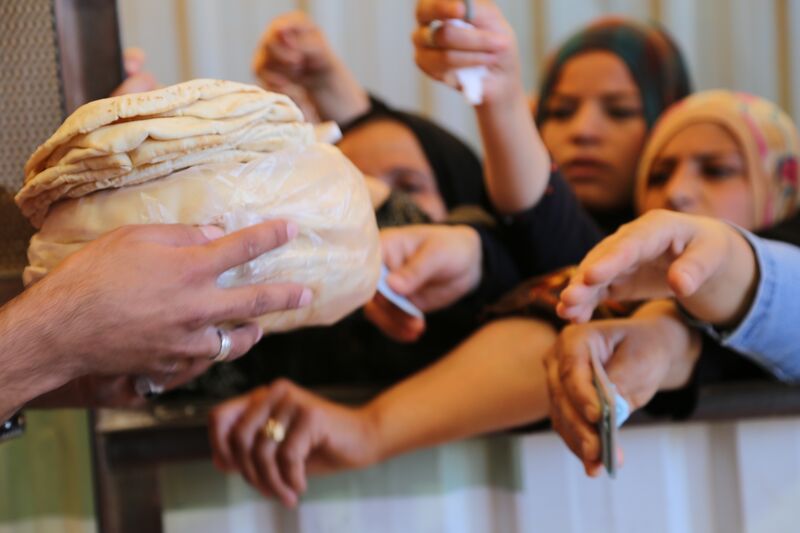 You Asked, We Answered: How Does WFP Define Hunger

Today we’re launching a new series exploring Frequently Asked Questions about our work solving global hunger. So let’s start with the basics: What do we mean when we say “hunger?”

When you think of hunger, you might think of the way your stomach growls when you’re about to eat lunch—a temporary sensation that disappears as soon as you’ve eaten enough to satisfy your body’s need for fuel.

But for nearly 800 million people around the world—a disproportionate number of whom are women, children and small-scale farmers—hunger is much more than an empty stomach. Because of disaster, conflict and economic instability, families in the world’s most vulnerable places don’t have access to the food they need to keep their bodies healthy.

When people aren’t able to consume the recommended 2,100 daily calories on a consistent basis, they aren’t just hungry; they’re undernourished. Daily undernourishment is a less visible form of hunger, but it affects 1 in 9 people on Earth, from the shanty towns of Indonesia to the remote mountaintop communities of Nepal to the villages of sub-Saharan Africa.

Over time, people who suffer from chronic undernourishment lose their mental and physical abilities: Children can’t concentrate in school, mothers can’t breastfeed their babies, and farmers can’t harvest their crops. Undernourishment also weakens the immune system. Deprived of the right nutrition, undernourished children are especially vulnerable to common infections and disease like measles and diarrhea. Each year, nearly 7 million children die before reaching the age of five; undernourishment is a key factor in almost half of these deaths.

In fact, every year hunger kills more people of all ages than AIDS, malaria, and tuberculosis combined.

WFP works to solve global hunger by addressing the systematic challenges that leave so many without access to the food they need. Last year, WFP helped communities ravaged by Ebola in West Africa get back on their feet, opened a factory in Afghanistan that employs local villagers to make high-energy biscuits for the country’s malnourished communities, and helped small-scale farmers in rural Guatemala overcome drought and crop disease.

Hunger exists not because there isn’t enough food to go around—the problem is a lack of access. Without the means to grow or purchase food, people in communities across the globe are stuck in a cycle of poverty and hunger.

But there is hope. In the past 25 years, the number of undernourished people has dropped by 216 million. For the first time, the world has the technology and the tools to solve hunger for good.