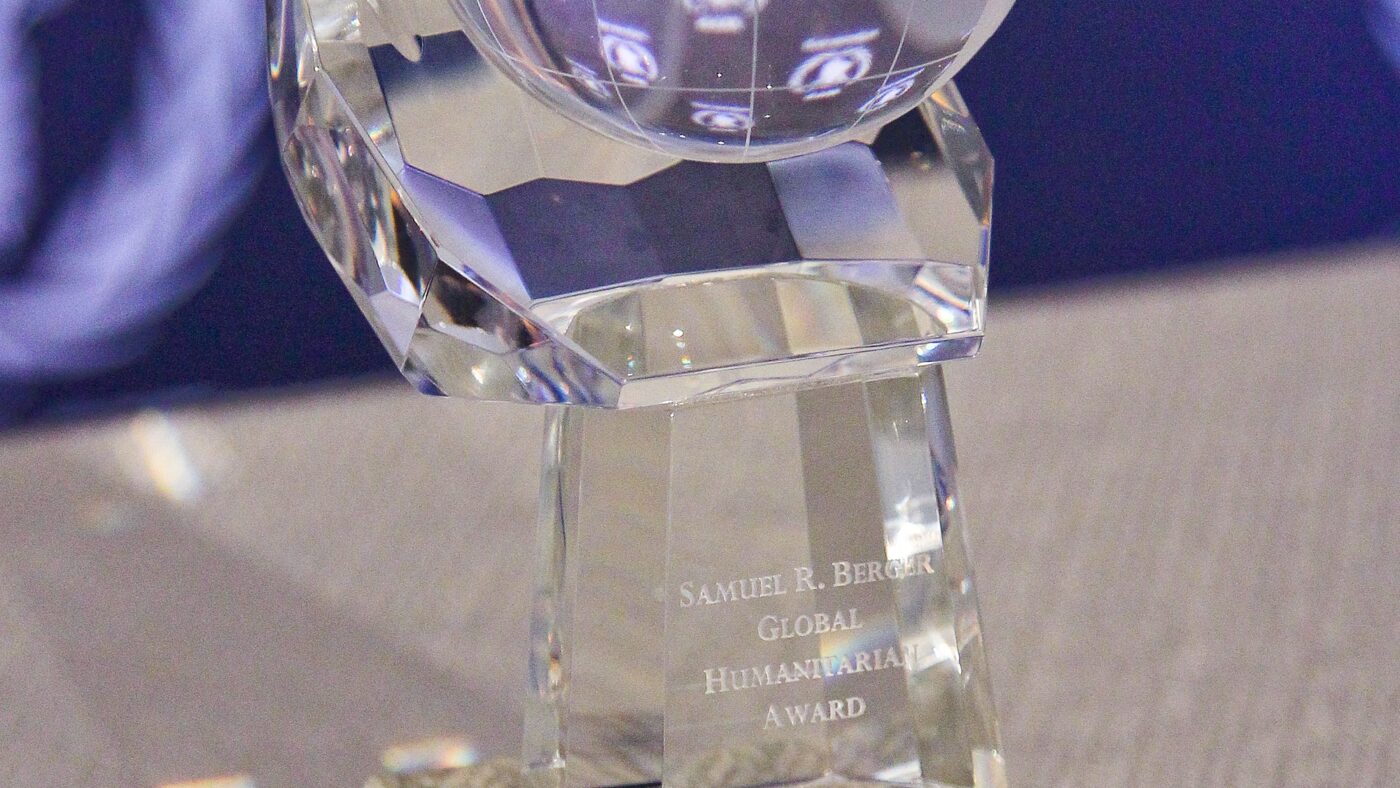 The Global Humanitarian Award honors the work and legacy of Samuel “Sandy” Berger, who won the inaugural award in 2016.

Held at the historic Decatur House in Washington, D.C., the award ceremony and dinner recognized Sandy’s passion for the public good, including the decade he spent as a Board member for WFP USA.

The event began with remarks by WFP USA’s president and CEO Richard Leach, who paid tribute to Sandy’s incredible legacy in shaping the organization’s mission. “Tonight is important for many reasons,” Leach said. “It allows us to reflect on and be inspired by the impact that a truly good person had on us and the world. We are honoring one of America’s most devoted and influential humanitarian champions.”

Over the course of the evening, Sandy’s colleagues and friends remembered his commitment to humanitarian service. For much of his career, Sandy worked as a statesman dedicated to building peace. As National Security Advisor under President Bill Clinton, he played a pivotal part in shaping America’s role in the post-Cold War era. He understood that humanitarian assistance programs serve as stabilizing forces for a world in turmoil. Berger’s deep sense of humanity led him to craft U.S. foreign policies in benefit of the greater good.

Through his work, Sandy built a reputation of kindness, integrity and humility. His foresight and political acumen led him to identify early on the nexus between conflict and global food security that defines humanitarian assistance in the modern era.

Thanks to Sandy’s vision, WFP USA has been at the forefront of efforts to meet these unprecedented humanitarian demands through its advocacy efforts on Capitol Hill. In 2016, WFP USA published A World At Risk: Humanitarian Response At A Crossroads, a roadmap for the U.S. government and international community to address these unprecedented global challenges.

“It is tragic that millions face daily uncertainty about their basic survival and dignity,” Sandy Berger wrote in Foreign Policy. “But this also poses a broader risk to both the United States and the international community.”

As a visionary on foreign policy issues, Berger was a leader in WFP USA’s efforts to explore and identify the roots of food insecurity and its effects on U.S. national security and interests abroad.

Throughout his tenure as a WFP USA board member, Berger was instrumental in building and expanding the organization, applying the same tireless commitment to this role that he was known for throughout his tenure at the White House. “Sandy’s passion and dedication to helping the world’s most vulnerable people inspired us all,” Leach said.

To continue the critical dialogue that Sandy helped create, WFP USA established the Samuel R. Berger Lecture Series, an event that will take place annually and feature a speaker or organization focused on tackling the most pressing issues facing the humanitarian system today.