Twelve Million Syrians Now in the Grip of Hunger, Worn Down by Conflict and Soaring Food Prices 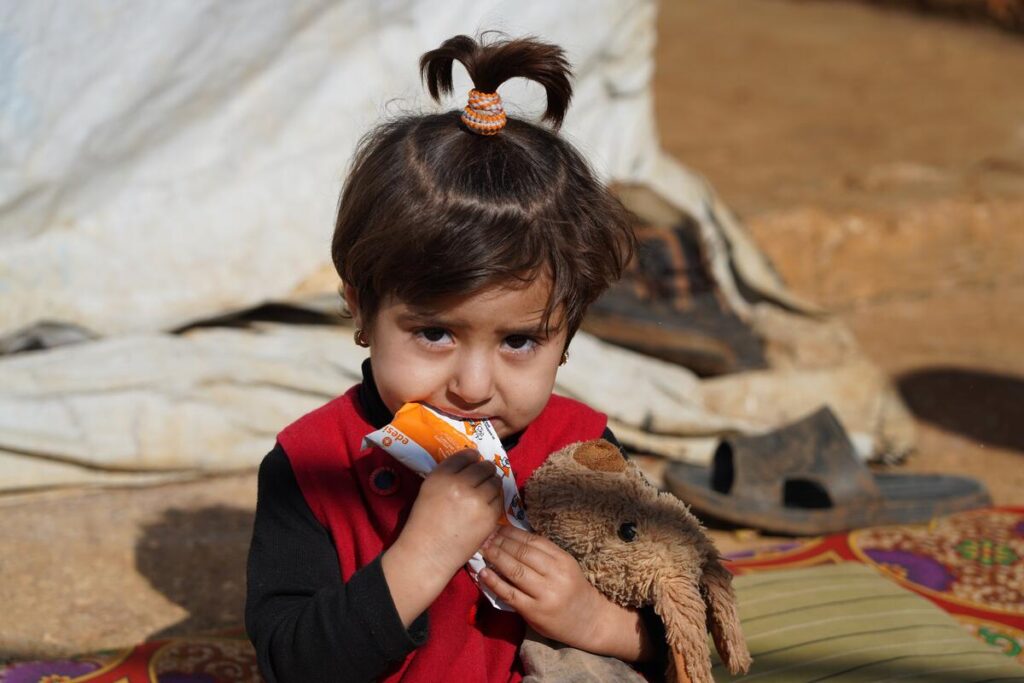 CAIRO – A record 12.4 million Syrians – nearly 60 percent of the population – are now food insecure, according to alarming new national data from the United Nations World Food Programme (WFP). In just over one year, an additional 4.5 million Syrians have become food insecure.

An economic crisis, job losses as a result of COVID-19 and soaring food prices have added to the plight of Syrians who have been displaced and worn down by a decade of conflict.

“The situation has never been worse. After ten years of conflict, Syrian families have exhausted their savings as they face a spiraling economic crisis,” said U. N. World Food Programme Representative and Country Director in Syria Sean O’Brien.

Basic foods to feed a family for a month – bread, rice, lentils and oil and sugar – now cost more than $250, which far exceeds the average salaries.

“It is alarming that a simple meal is beyond the reach of families across Syria, and this new data shows humanitarian assistance is the difference between putting a meal on the table and going to bed hungry. Lifesaving support has never been so crucial,” said O’Brien.

The 2020 Food Security and Livelihoods Assessment carried out by the U. N. World Food Programme and partners, also estimates the number of people who are severely food insecure – meaning they cannot survive without food assistance – has doubled in just one year to stand at 1.3 million people. Unless urgent action is taken, an additional 1.8 million people are at risk of falling into severe food insecurity.

Parents now report making desperate decisions to survive, eating less food so they can feed their children, going into debt, and selling assets and livestock to generate an income. In addition, close to 50 percent of the Syrian population report having lost one or more sources of income because of the economic downturn and the COVID-19 pandemic.

Each month the U. N. World Food Programme provides lifesaving food assistance to almost 5 million of Syria’s most vulnerable people. For many, this is the only food they eat each month.

The U. N. World Food Programme requires an additional $375.3 million until July 2021 to ensure continued assistance throughout Syria.